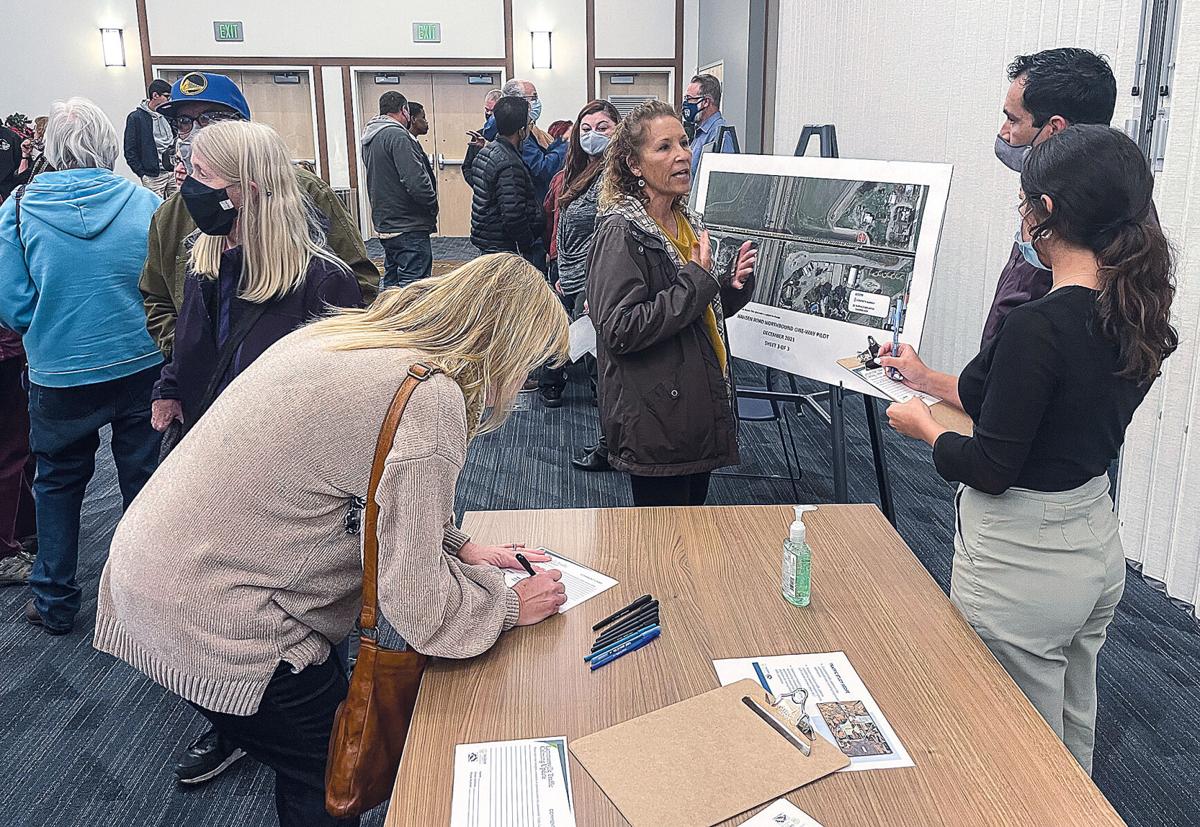 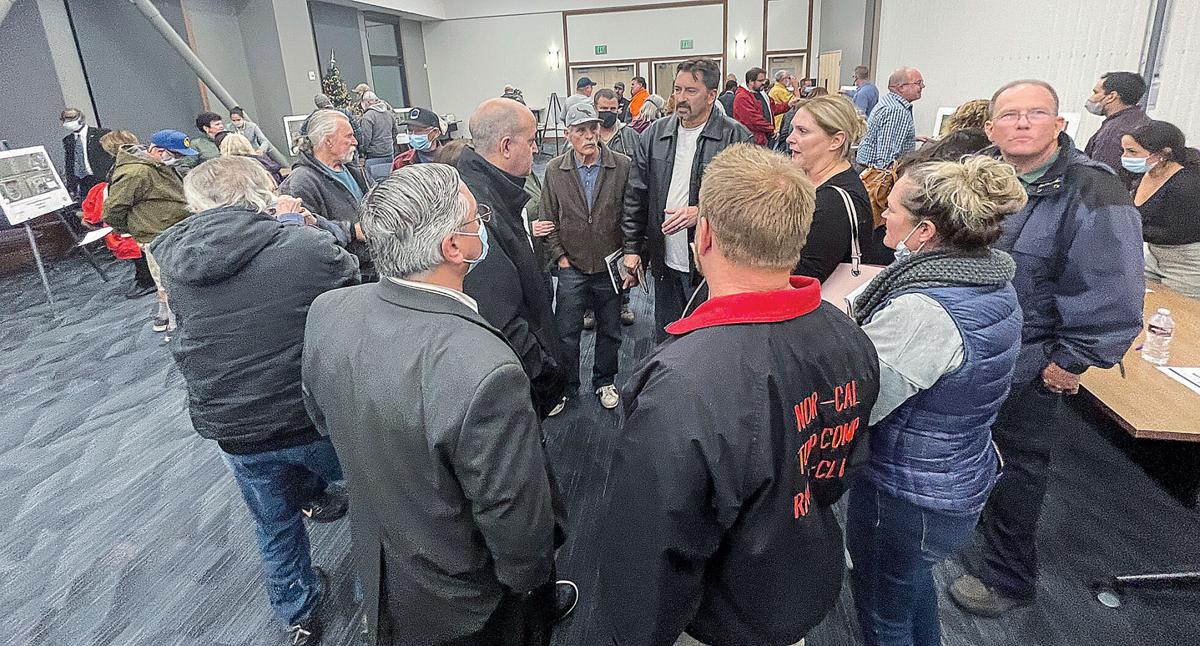 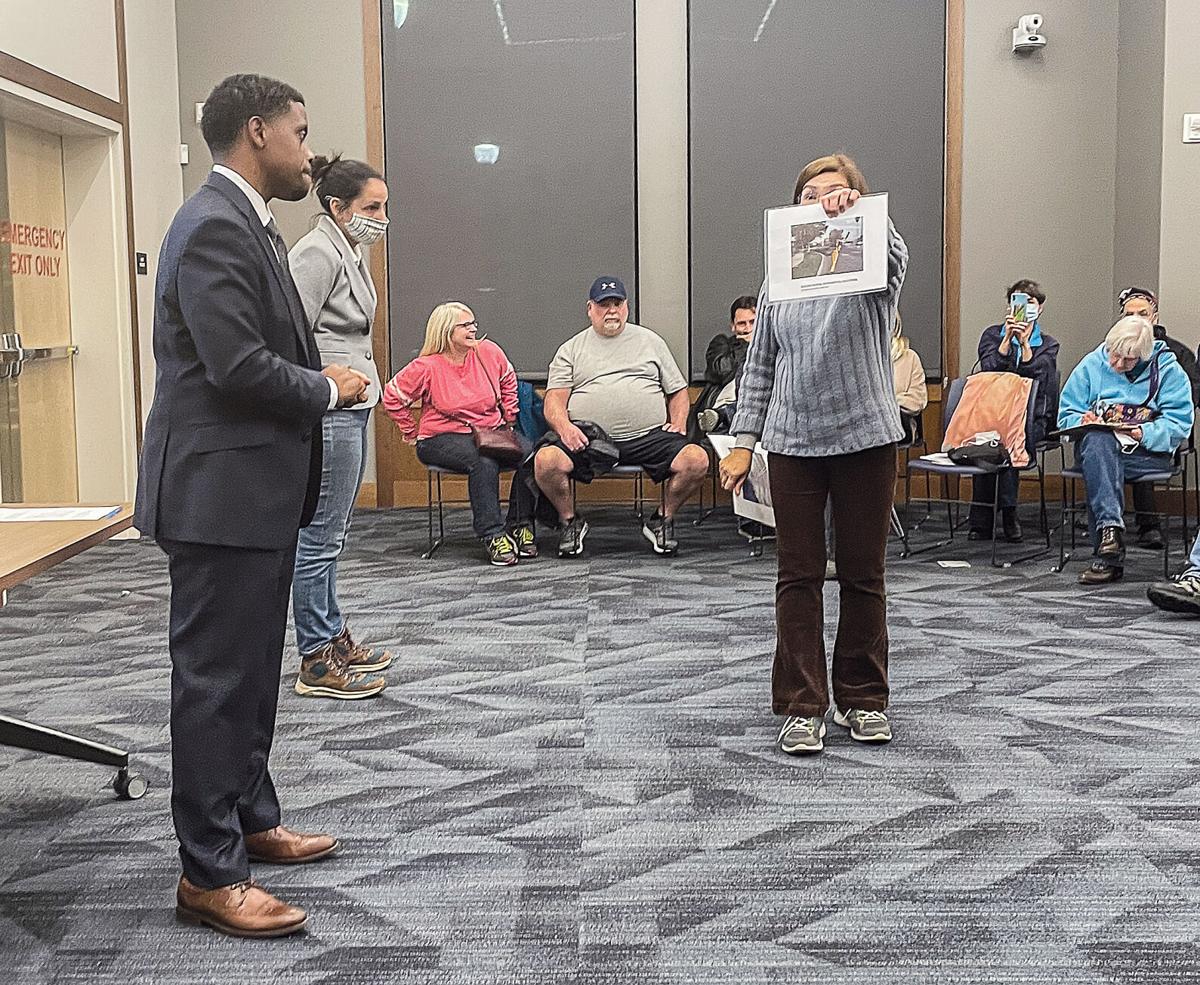 San Joaquin County Public Works will move forward with its plans to designate part of the highly traveled Hansen Road at the Interstate 205 overpass as a “one-way” section, part of an effort to mitigate unauthorized traffic in the nearby residential neighborhoods. The county will also initiate a traffic study of the unincorporated areas west of Tracy to see how in-depth the traffic issues have affected those communities.

Residents in the Lammersville community have been challenging San Joaquin County for years to solve their issues with the increasing traffic from commuters and unauthorized commercial trucks speeding through their neighborhoods.

One of the most heavily impacted neighborhood lanes is Hansen Road, which provides straight line access for commuters from its northern points at Byron and Grant Line Roads to Prologis’ International Park of Commerce on the south part of the road. Hansen Road is also a cross street at Von Sosten Road, where Lammersville Elementary School is located.

“It's causing an ever-increasing safety issue for the residents of this community, and not just the residents on Hansen road,” said Tom Heckman from the Lammersville Preservation Association. “Because this has been discovered as a cut-through – the overpass there on Hansen Road – cars are coming from the north, the east and the west, and they are cutting through other parts of the neighborhood to get across that overpass. So the entire community is affected by this.”

Residents have reported thousands of cars and trucks speeding through their neighborhood roads and have stated that the deterrents placed by the county so far – such as signage, speed trailers and orange traffic barriers have done nothing to mitigate the increased traffic, which is anticipated to get worse as commercial development in the area increases.

For the Lammersville community, there is only one viable solution: close Hansen Road. However, San Joaquin County Counsel J. Mark Myles determined that this was not legally possible on the county’s end, as the road is still deemed a necessity for public use, including for emergency access. The county also deemed that a full closure of Hansen Road would need to be privately funded by the residents wishing to close the road, a cost that is estimated at $250,000.

“Come January, right at the intersection of Von Sosten and Hansen, we're going to have a concrete barrier that prevents trucks and vehicles traveling southbound. We’ll change up some of the striping and signage to indicate that there's no turn that can be made to go southbound on Hansen Road,” said Najee Zarif, deputy director of engineering for Public Works.

For the Lammersville residents, a one-way designation of Hansen Road does not satisfy safety concerns, since commuters and truck drivers would still be able to travel northbound on the road. They stated their concerns about the one-way road designation during a meeting with the county on Dec. 13 at Mountain House Town Hall, where members of Public Works presented the plans for the traffic state and one-way road closure that is anticipated to be completed early 2022.

In residents’ eyes, this compromise approach is too much of a safety gamble.

“We have small children. We have horses. We have pets. We have people that walk everywhere. We have people walk around the blocks every single day with no sidewalks. I'm not trying to be snarky, but I would like your response as to why still having 50% of the current traffic is acceptable. Why are you putting convenience over the safety of my child?” said resident Jaime Harrison during the meeting. “We're disappointed that you would allow this path forward, which would still put our community and my child at risk of all of the computers that go 60-miles-an-hour every day. If something happens to her, I will hold you guys accountable.”

Director of Public Works, Kris Balaji said that this one-way closure is a pilot program and that a full closure of the road would not be able to be legally considered until other traffic calming measures that would not completely block traffic on Hansen Road were tested.

“We're going to study that for the next three-to-six months, and if that works, if we need to keep tweaking something, then we'll do it. If that doesn't work, then we could explore other options, but we are very confident that this would work,” said Balaji.

Heckman said representatives from the community will continue to advocate for the road closure and plans to speak at the Board of Supervisors meetings on a regular basis. District 5 Supervisor Robert Rickman also said that he plans to continue to address the concerns of Hansen Road and expects the item to be brought back to the board for further discussion at a later date.

“Children's lives are at stake here, okay? We're not interested in reducing. There is a solution that can be done and the only solution that will resolve it is the closure,” said Heckman. “You guys can try all these baby steps, but it is not going to resolve the issue. And that's a fact.”