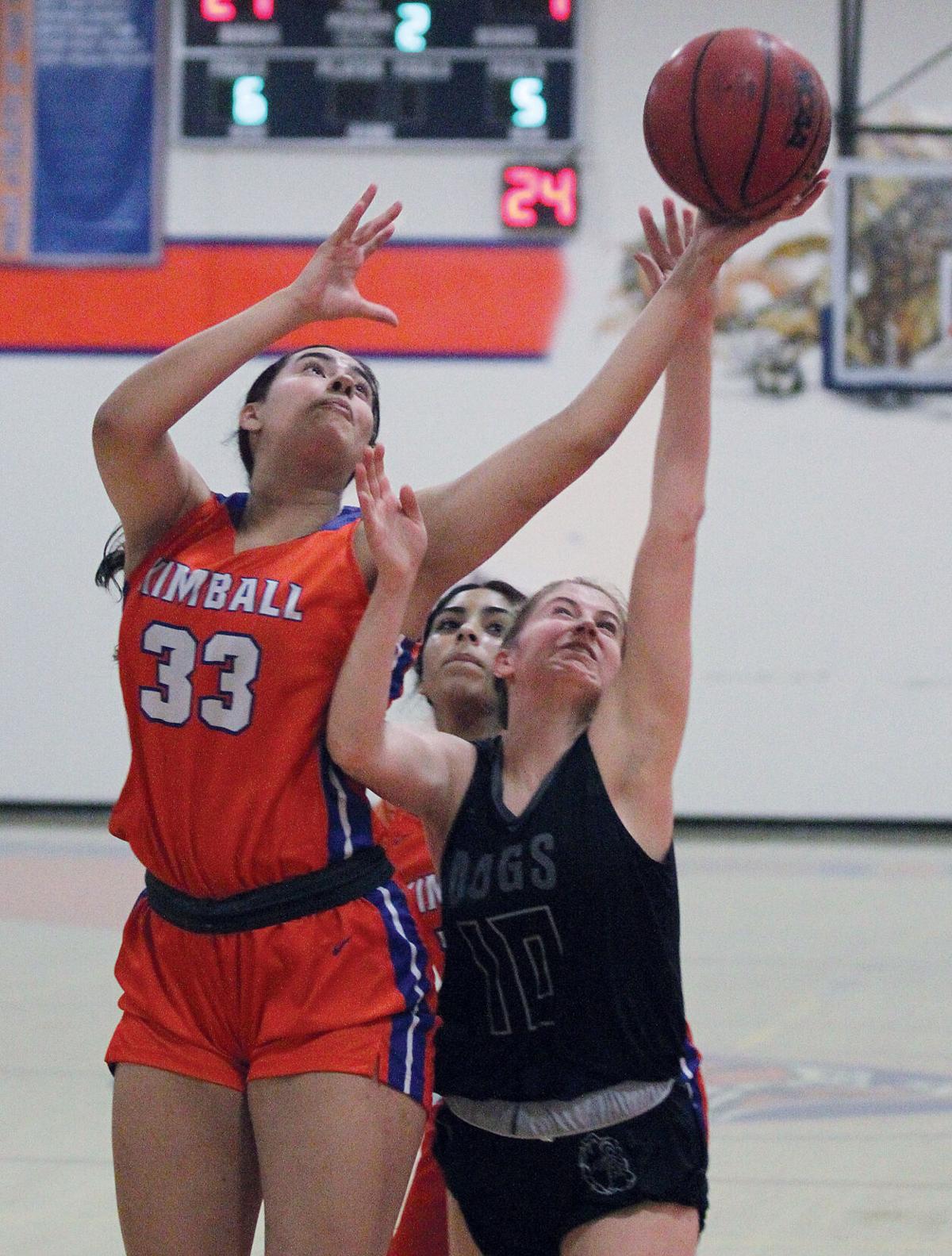 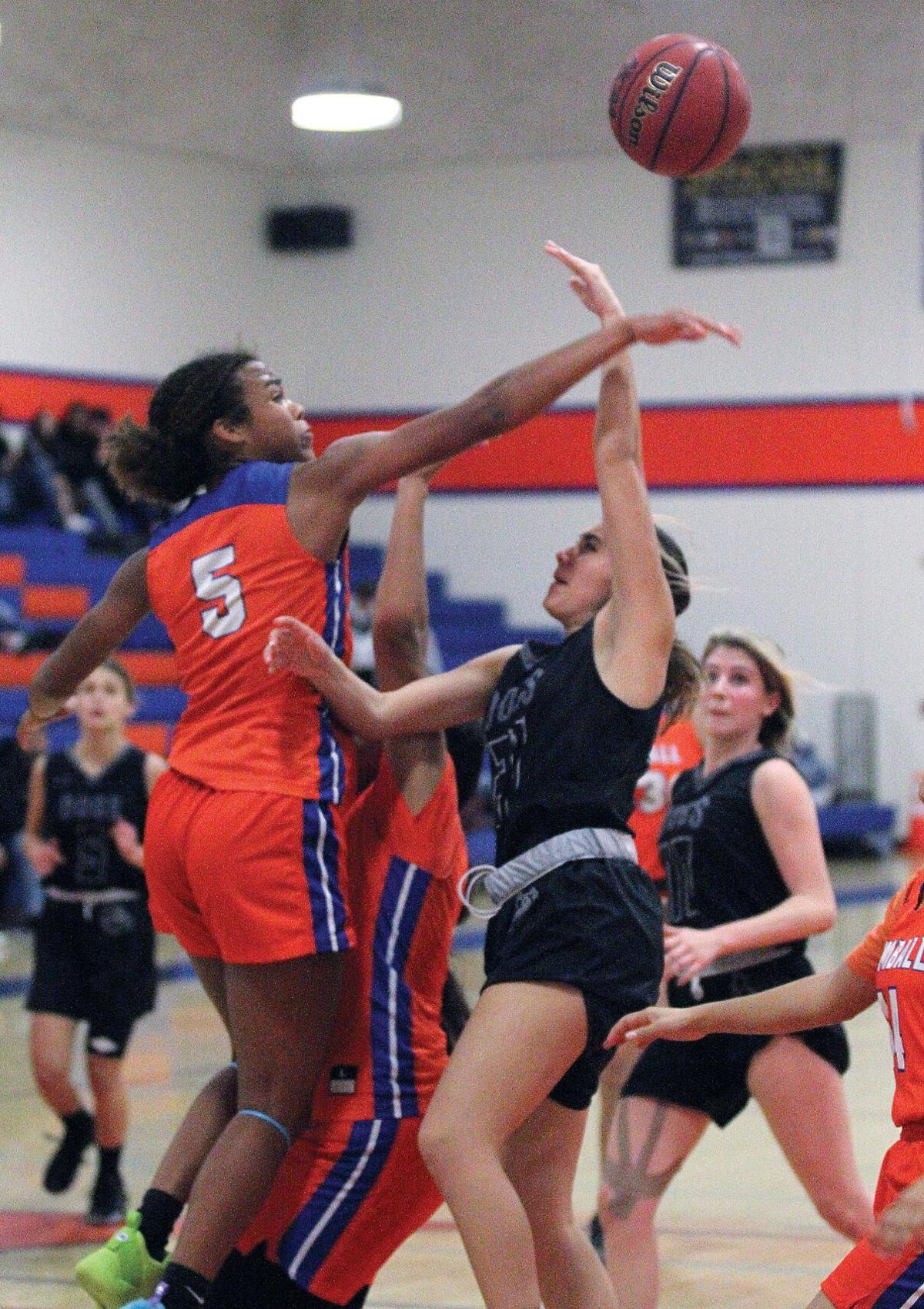 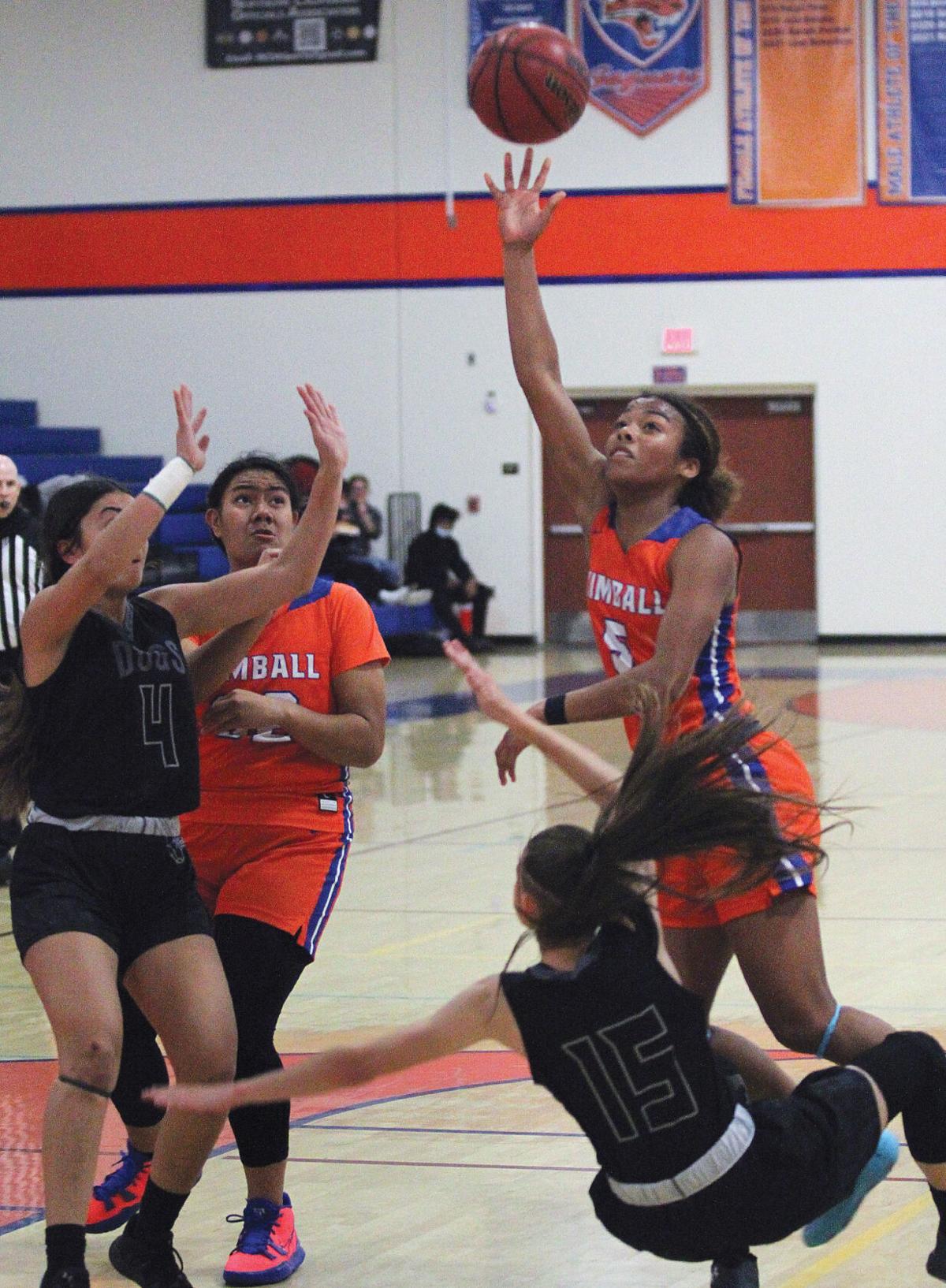 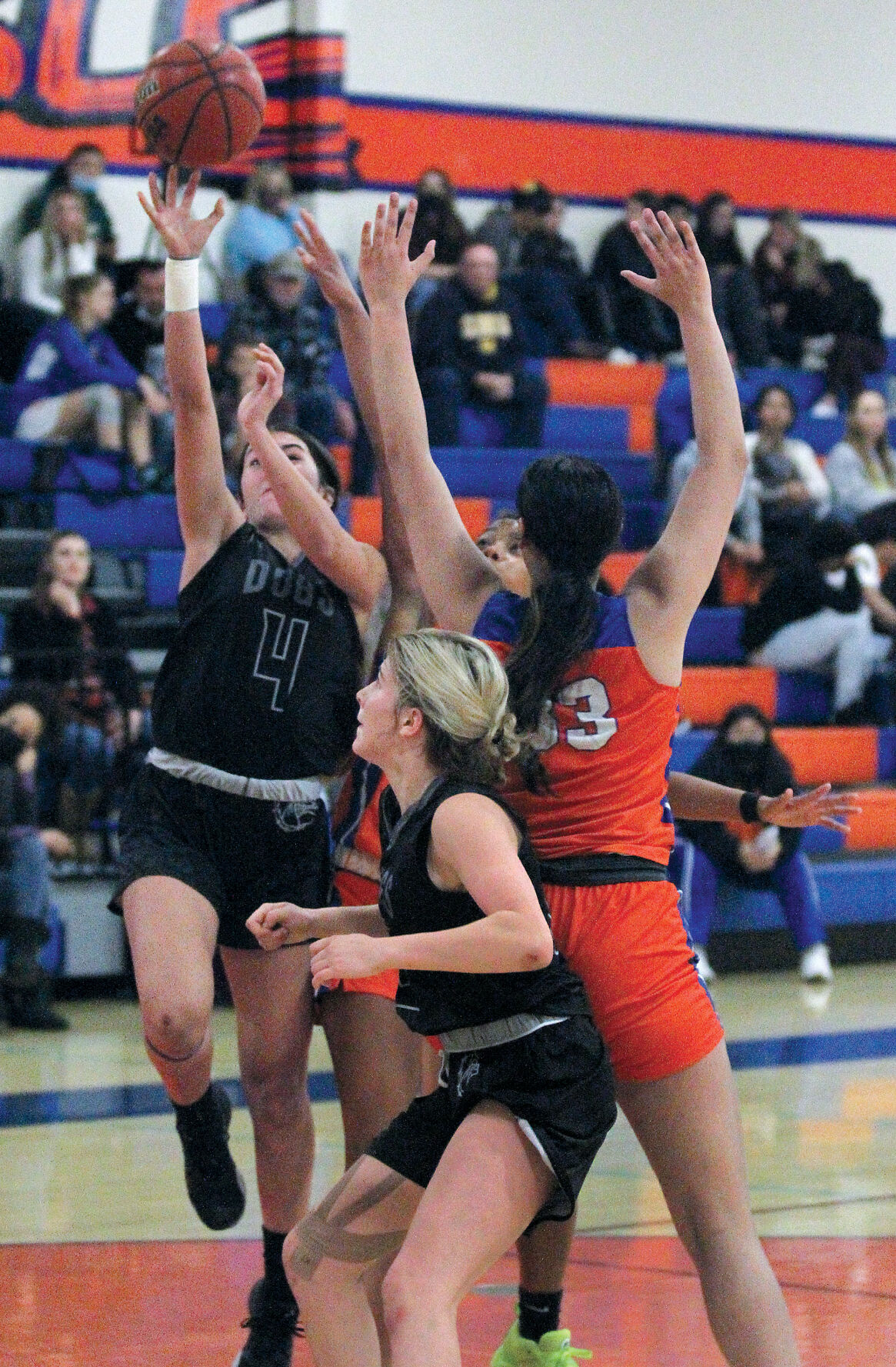 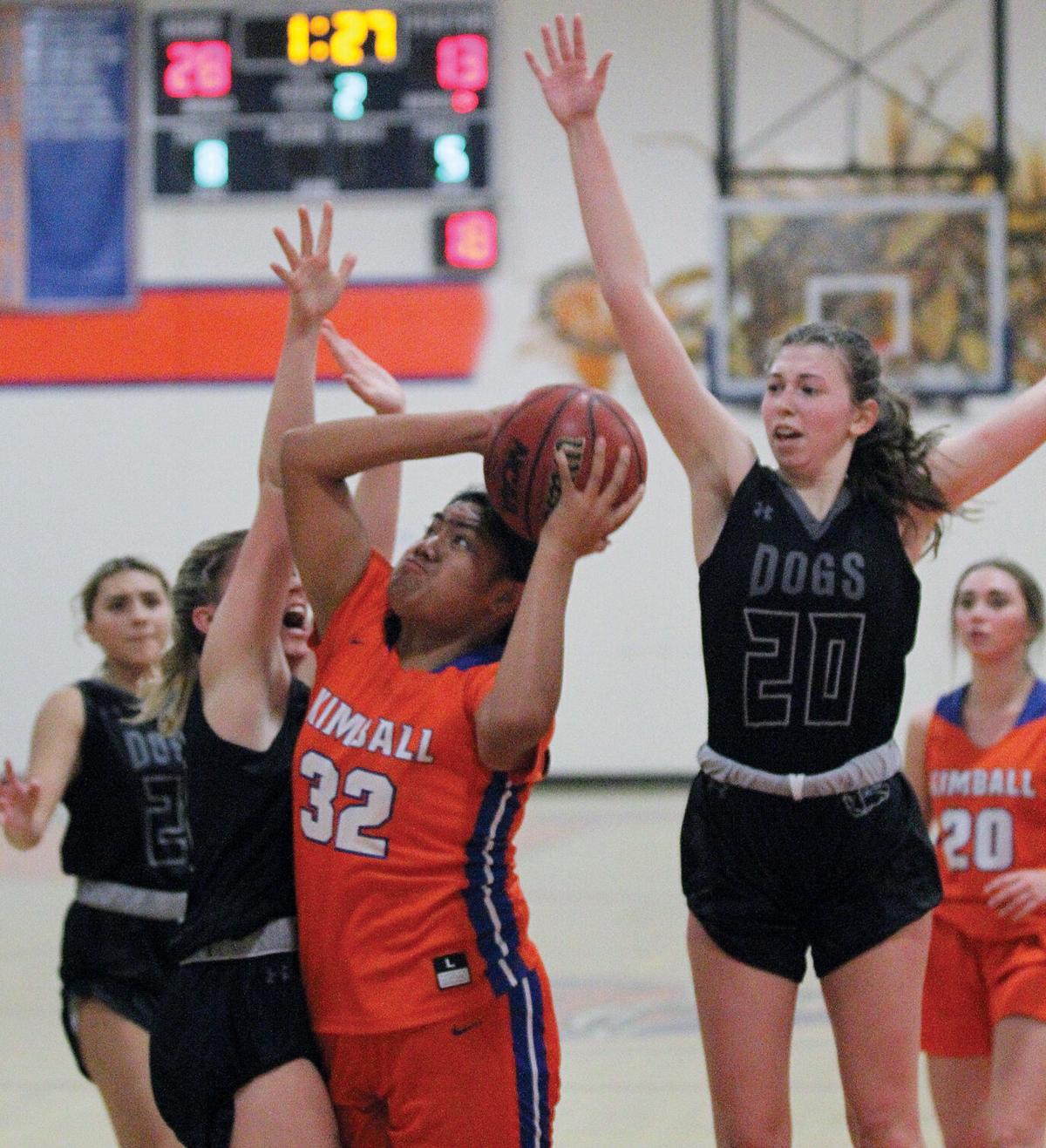 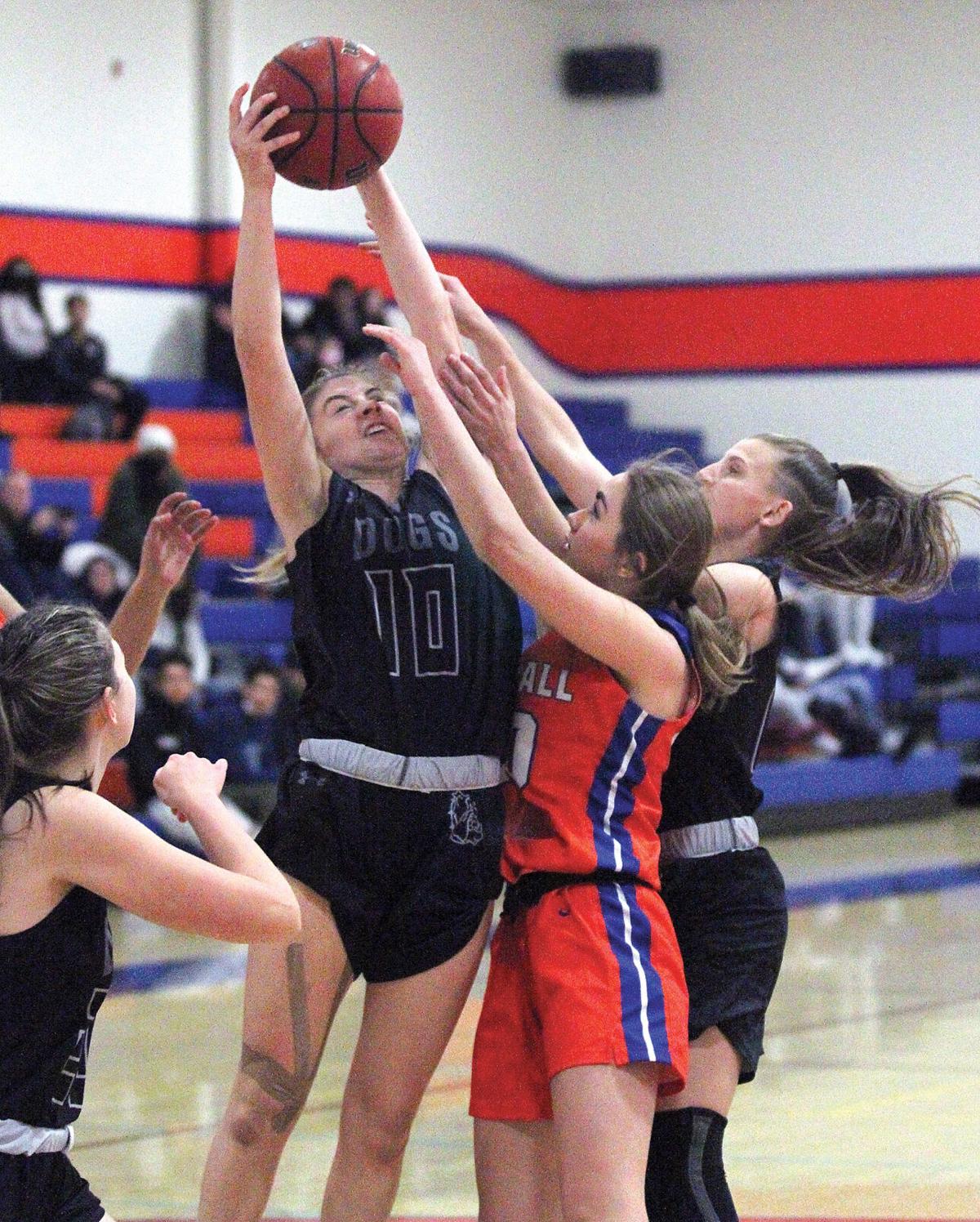 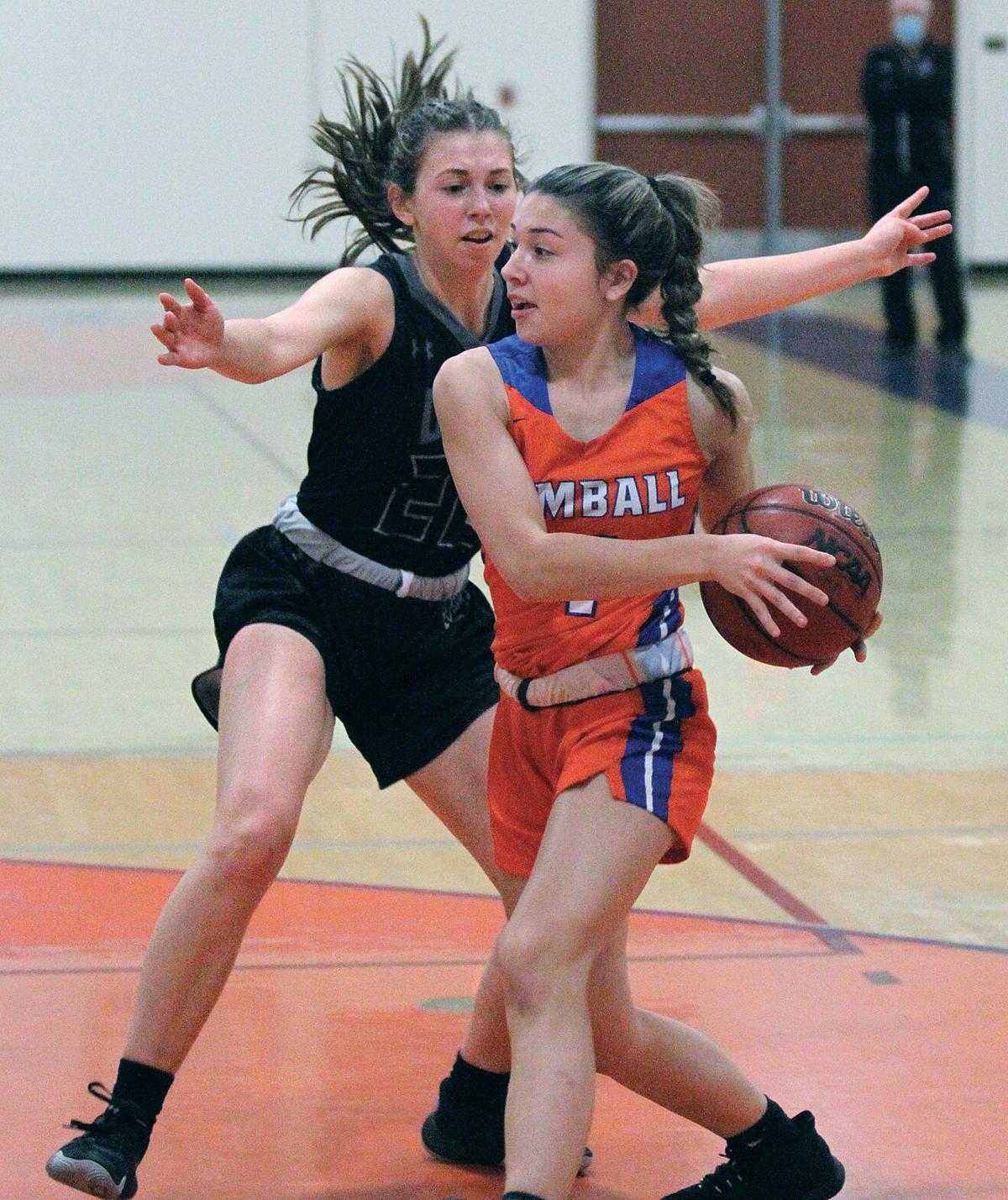 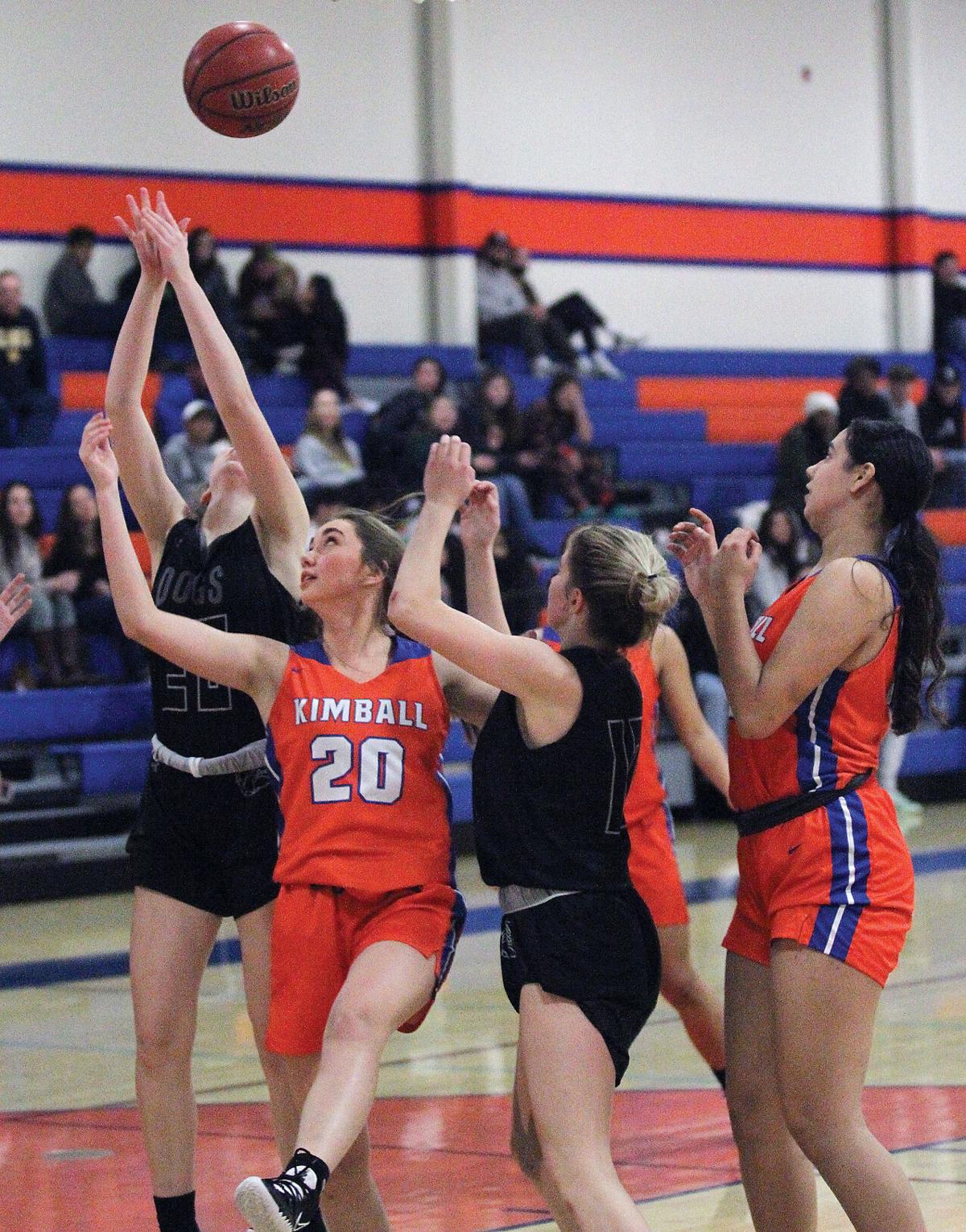 The Kimball girls continued their early-season winning streak with a 61-37 win over Tracy High on Tuesday at Kimball High.

The Jaguars (8-0) outscored the Bulldogs in every period, holding a 30-13 lead at the half. Kimball continued to outscore Tracy in the second half even as the Bulldogs were more effective on offense.

Senior Giana Riley was the Jaguars’ scoring leader with 17 points, and sophomore Sierra Tuliau added 12 points. Scoring statistics for Tracy were not available.

The Bulldogs came out with a relentless offense in Tracy’s 55-29 win over Mountain House on Monday at Tracy High. The Mountain House Mustangs scored first, but the Tracy team, led by senior Kylie Van Os and Kelli Rickman soon was in control and out to a 14-4 first quarter lead. The Bulldogs continued to extend their lead after that, with Rickman scored a game-high 19 points. Senior Alyssa Leyva added eight points and had seven rebounds and Van Os scored seven points and grabbed seven rebounds. Sariah Fobert was the Mustangs scoring leader with 11 points.

The outcome puts the Mustangs at 4-4, and Tracy is 7-4. Tracy coach Derek Eaton is in his first year coaching the varsity team, but he has worked with most of the players before.

“The eight seniors that I have, I had them JV season 2 years ago and it’s a group of girls. Very smart and intelligent. I think we’ve got a little ways to go, as far as coming together and executing plays properly, but the team camaraderie and the way they play together and stay together is definitely going to carry us this season,” he said.

The Tracy High girls placed second at the Napa Wine Valley Tournament, Dec. 16 to 18. Tracy opened with a 58-41 win over Napa High, taking a 35-14 lead at the half on the way to the win. Senior Kelli Rickman led the way with 21 points, senior Adrina Zumwalt scored 16 and senior Vanessa Lang scored 11.

Tracy’s second game was a 46-37 win over Santa Rosa. Santa Rosa took an 11-7 first quarter lead and Tracy came back to shut out Santa Rosa in the second quarter to hold a 23-11 lead at the half, putting the Bulldogs on their way to the win. Senior Kylie Van Os scored 13 points and had 10 rebounds, and Lang scored 10 points.

Tracy faced Mission San Jose in the championship game, with Mission San Jose holding the lead after the first quarter and sealing the win with a big fourth quarter. Rickman, who was Tracy’s all-tournament selection, scored 10 points, and Van Os grabbed 13 rebounds.

The Millennium girls could not overcome their early deficit in their 40-38 loss to Holt Academy on Saturday in Stockton. Holt Academy held a 26-16 lead at the half, and though the Falcons outscored Holt Academy in the third and fourth quarters the Millennium team fell short of the win.

The Kimball Jaguars held the advantage from the start in their Dec. 16 win at home over the Millennium Falcons. Kimball held a 39-14 lead at the half and continued to dominate the second half for the 70-17 win.

The Jaguars got scoring contributions from nearly everyone on the roster, with junior Caiya Sims scoring 12 points and junior Rosalia Black adding 10 points. Junior Giovanna Chukwuma led the Millennium offense with eight points.