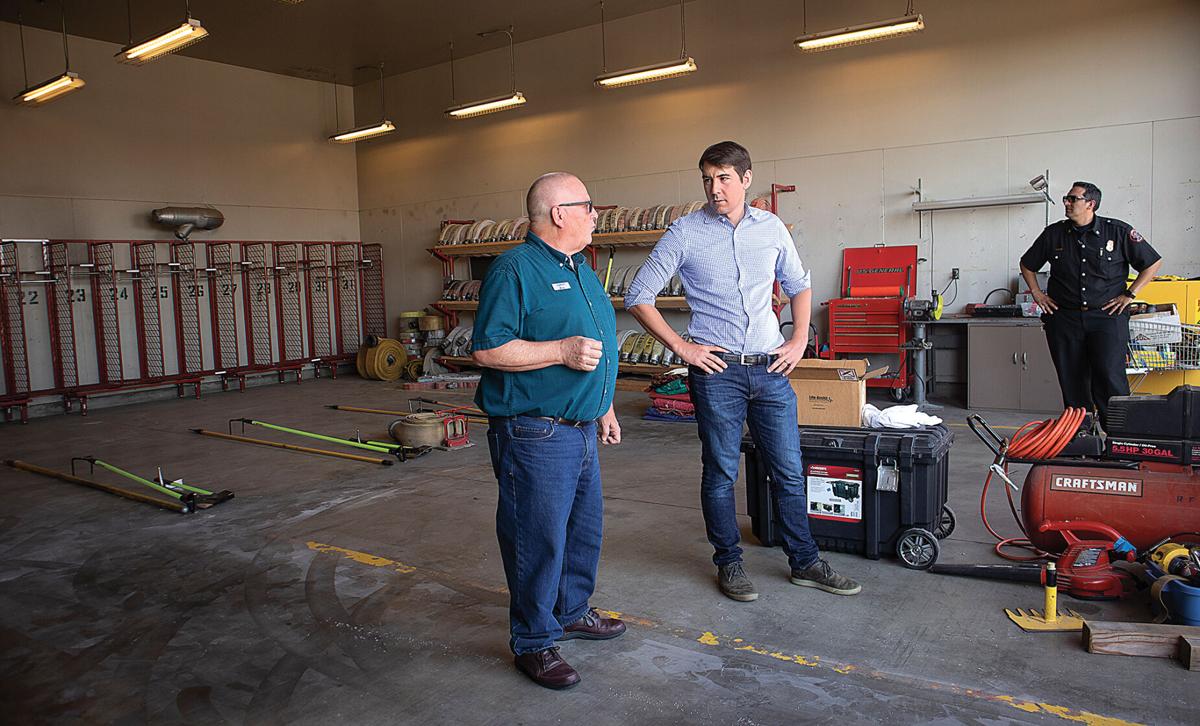 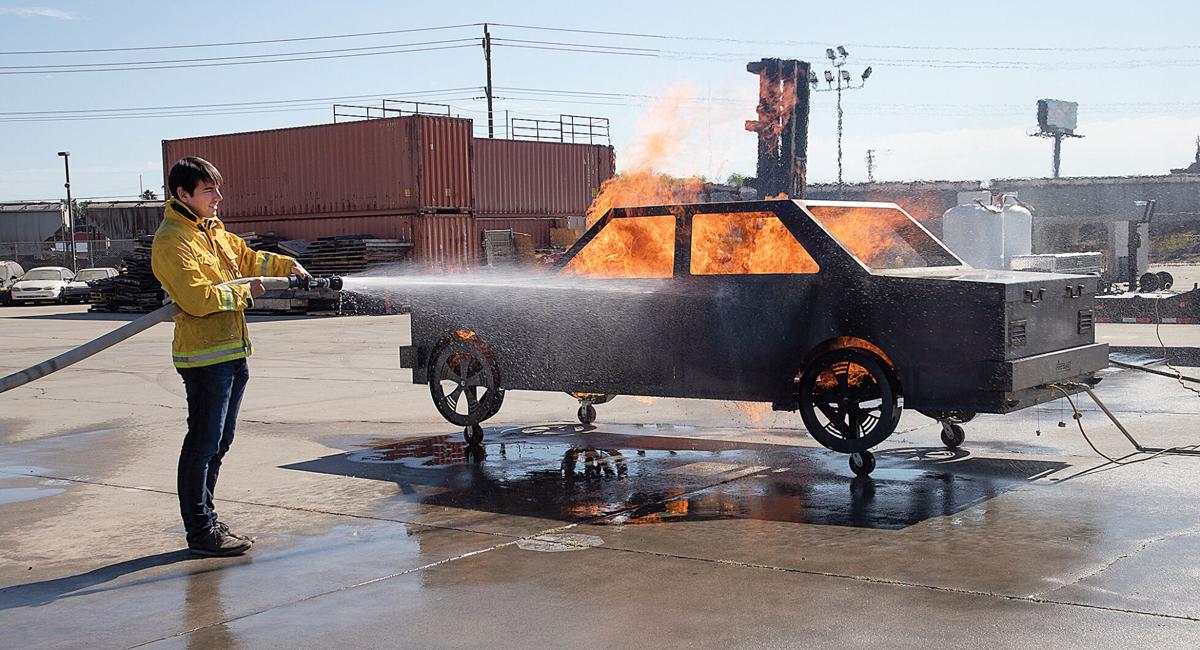 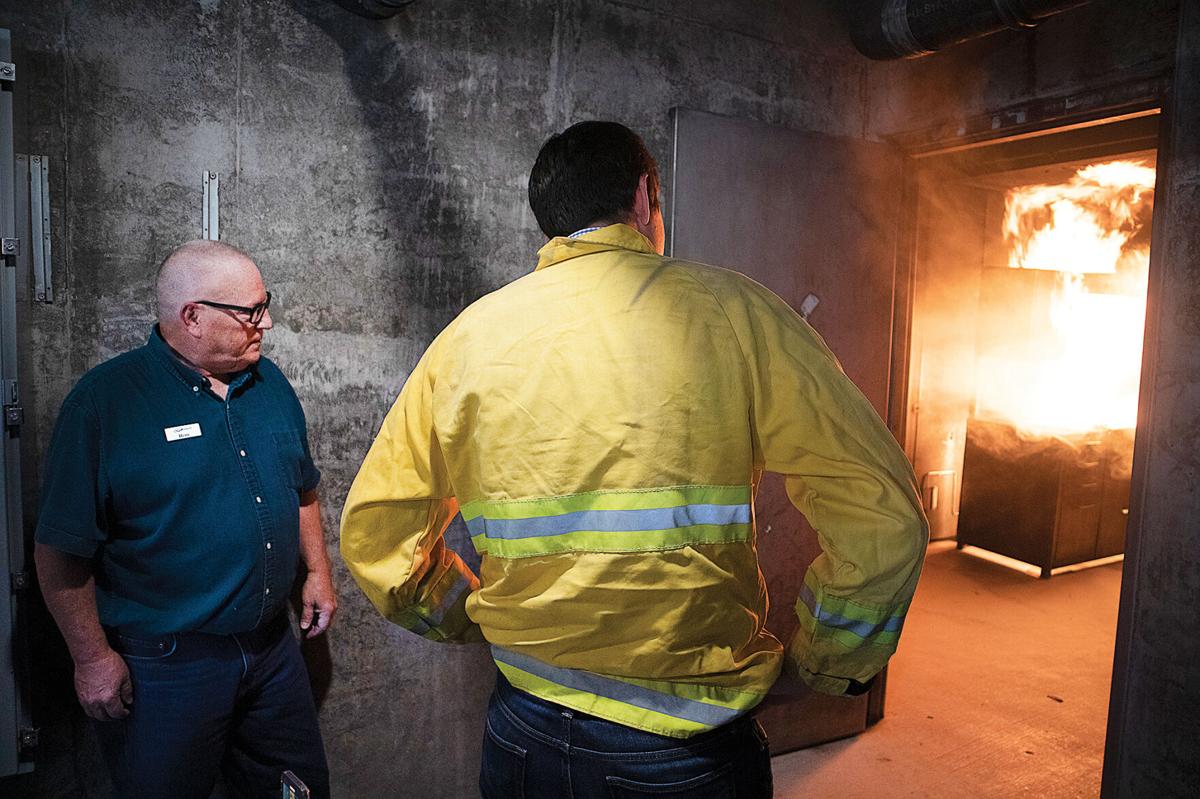 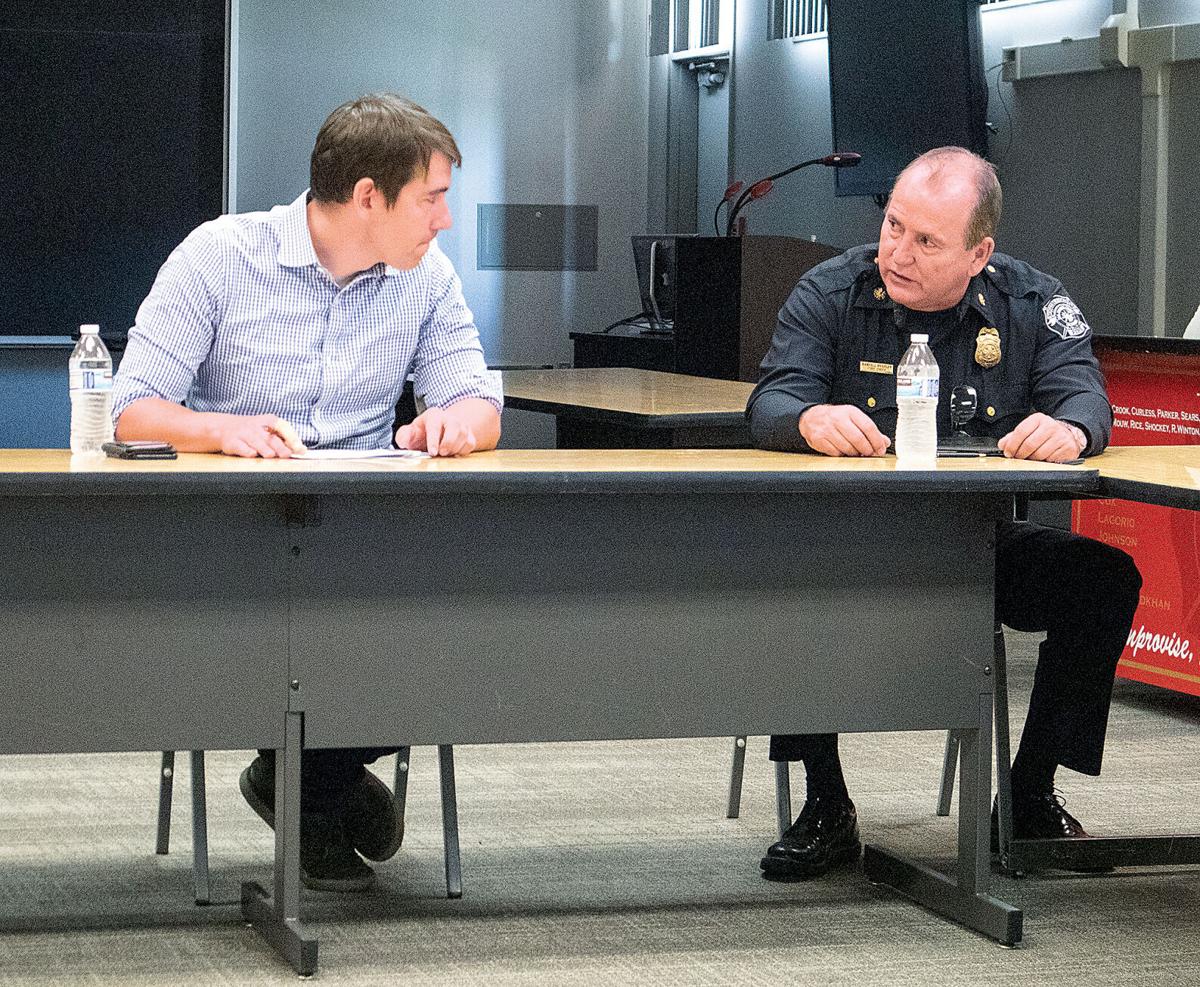 Congressman Josh Harder met with all the fire chiefs from Congressional District 10 at Modesto Junior College’s Fire Science facility and Regional Fire Training Center on Friday to discuss issues that local fire departments face, such as funding and staffing.

Congressman Josh Harder met with all the fire chiefs from Congressional District 10 at Modesto Junior College’s Fire Science facility and Regional Fire Training Center on Friday to discuss issues that local fire departments face, such as funding and staffing.

Looking to support local fire departments in the wake of California’s growing wildfire seasons, Congressman Josh Harder (CA-10) met up with fire chiefs from around the state’s 10th congressional district on Friday at Modesto Junior College’s Fire Science facility to discuss different resources that can help fortify fire services in the Central Valley.

According to statistics taken from Cal Fire, California has had 4,163 fires since January, which have burned a total of 18,771 acres throughout the state so far. These stats do not include land supervised by federal agencies or the state’s most recent ongoing River Fire in Mariposa County, which is currently 36% contained as of Tuesday and has burned over 9,500 acres of land thus far.

“I sort of think of it as the problem is not solved, until the fires have been better managed. And part of that is people. Part of that is resources. And part of that is better rules and communications. And so we have to sort of have all three if we're going to be able to do it,” said Harder during his meeting with the fire chiefs.

The day’s discussion came just two weeks after Harder celebrated a bipartisan win, when President Joe Biden announced the raising of the federal minimum wage for firefighters from $13.45 to $15 per-hour. Harder wanted to touch base at a local level to find what issues city and county agencies are struggling with.

Throughout the hour chiefs brought up issues with staff recruitment and retention, federal reimbursements and facility needs and upgrades.

“I think a training place for us in the South County of San Joaquin County – We're 30 miles from the nearest training center. The closest to us is Pleasanton, here (in Modesto), or the Stockton training center,” said Chief Randall Bradley from South County Fire Authority. “So for Manteca, Lathrop and Tracy, we don't have a training facility. We take resources out of service continually to try to figure out how to get to a training facility for new academies or just normal training. We’ve got some land that has been allocated for it. We’re just struggling to get the funding to build the buildings.”

Federal reimbursements were another hot button issue for the chiefs, who explained that, while getting reimbursement for providing mutual aid for fires outside their jurisdiction is relatively easy when working with state agencies, working with federal agencies is another story. The many hoops that city and county departments have to jump through – like needing to verify which jurisdiction a fire falls under or documenting volunteer firefighter hours – and the length of reimbursement delays cause local agencies to have to judge whether they are able to stretch their resources enough to send them out to fight neighboring fires.

“It sounds like the feds are not a good partner, and they are not responsive, and they're sort of dragging their feet every way they can. And I think it's a bigger problem because they manage a lot more land than Cal Fire,” said Harder.

Bradley said he believes the reimbursement and grant programs are some of the best but that they can use a bit of fine tuning and better communication.

“I think the mutual aid system is pretty good. For me, the AFG – Assistance to Firefighters Grants – it’s not allowed to be used to fix facilities. It has to be equipment only,” said Bradley. “I think expanding that that would be huge if he could have some resources for training facilities. And I think AFG is a good system that's in place, it’s just limited. So for me, that would be huge.”

Bradley also suggested fighting for more funding for federal agencies, which would ease the burden that providing mutual aid usually brings for smaller agencies who lose their local resources when events like large campaign fires occur.

Bradley thanked Harder for leading the discussion for the day, noting that he has worked in this area for a long time and that this was the first time a representative from Congress has hosted a district fire chief roundtable discussion.

“My number-one job is to remind people that California is more than San Francisco and Los Angeles. And frankly, that's usually where the money goes,” said Harder. “And so it's our job to work more than 10 times as hard to make sure that those programs come to us, and so I’m happy to do everything we can, to move as much as we can on heaven and earth to get those dollars sent to our areas.”