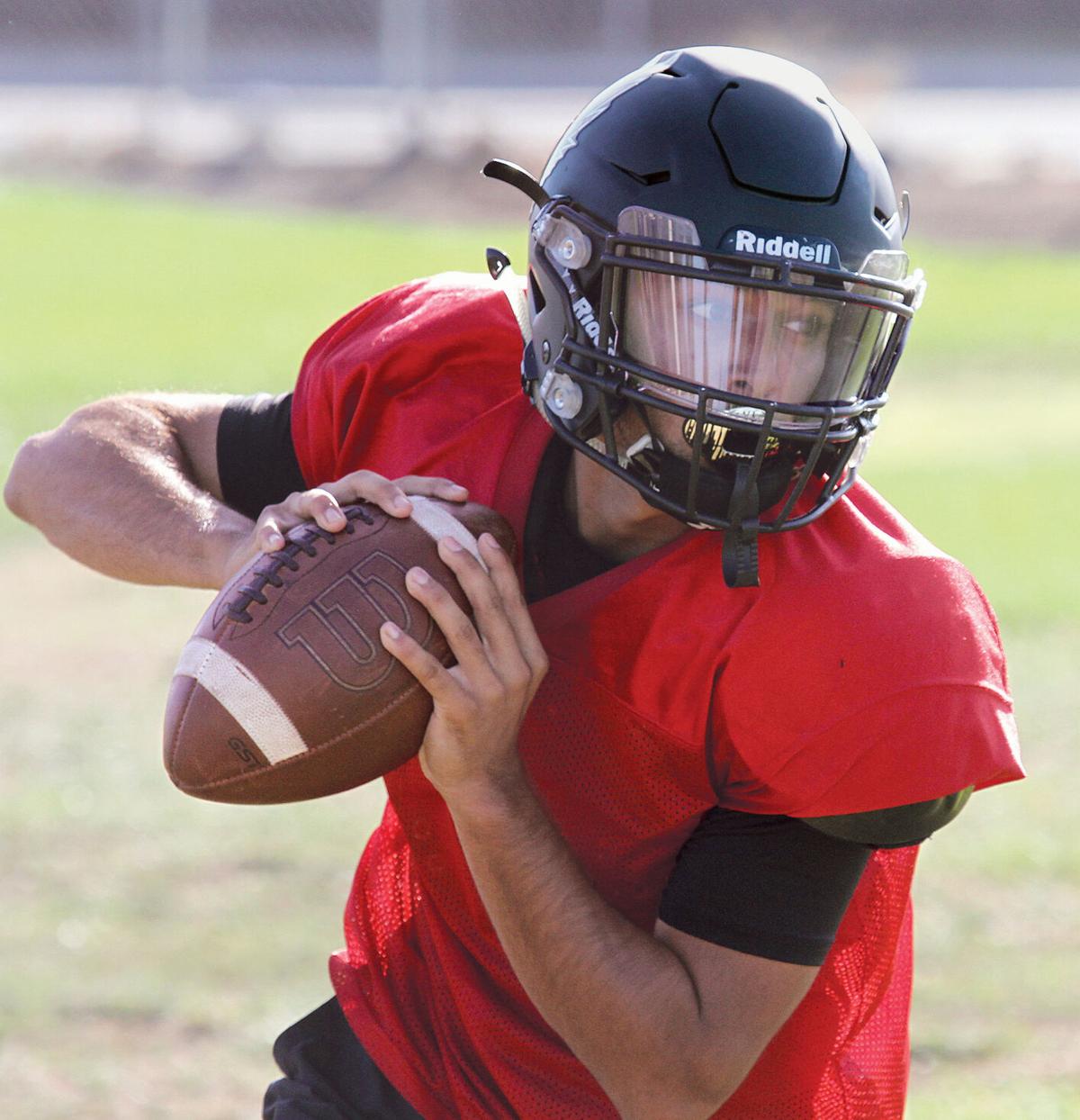 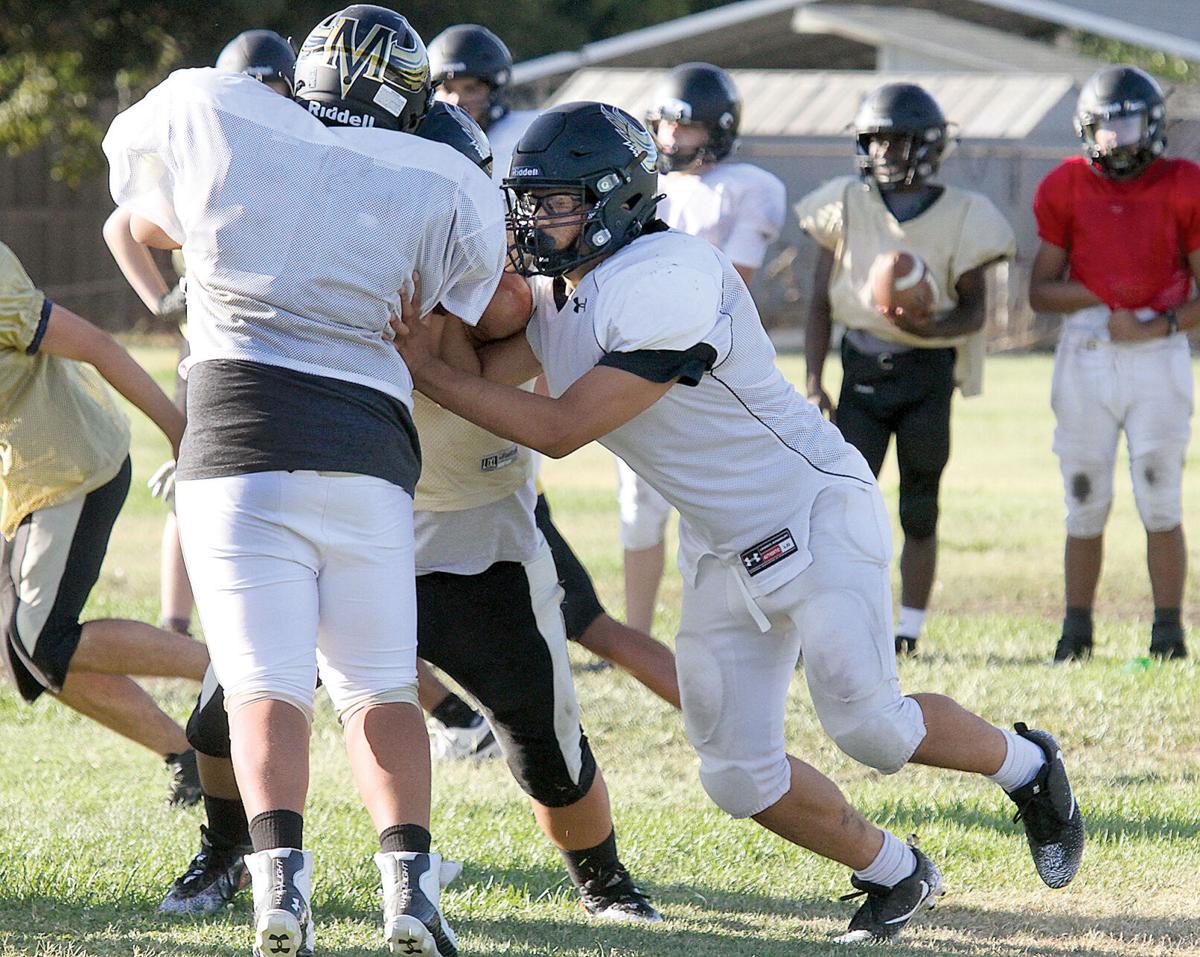 Abdullah Sweillem runs through a play with the offensive line during practice. 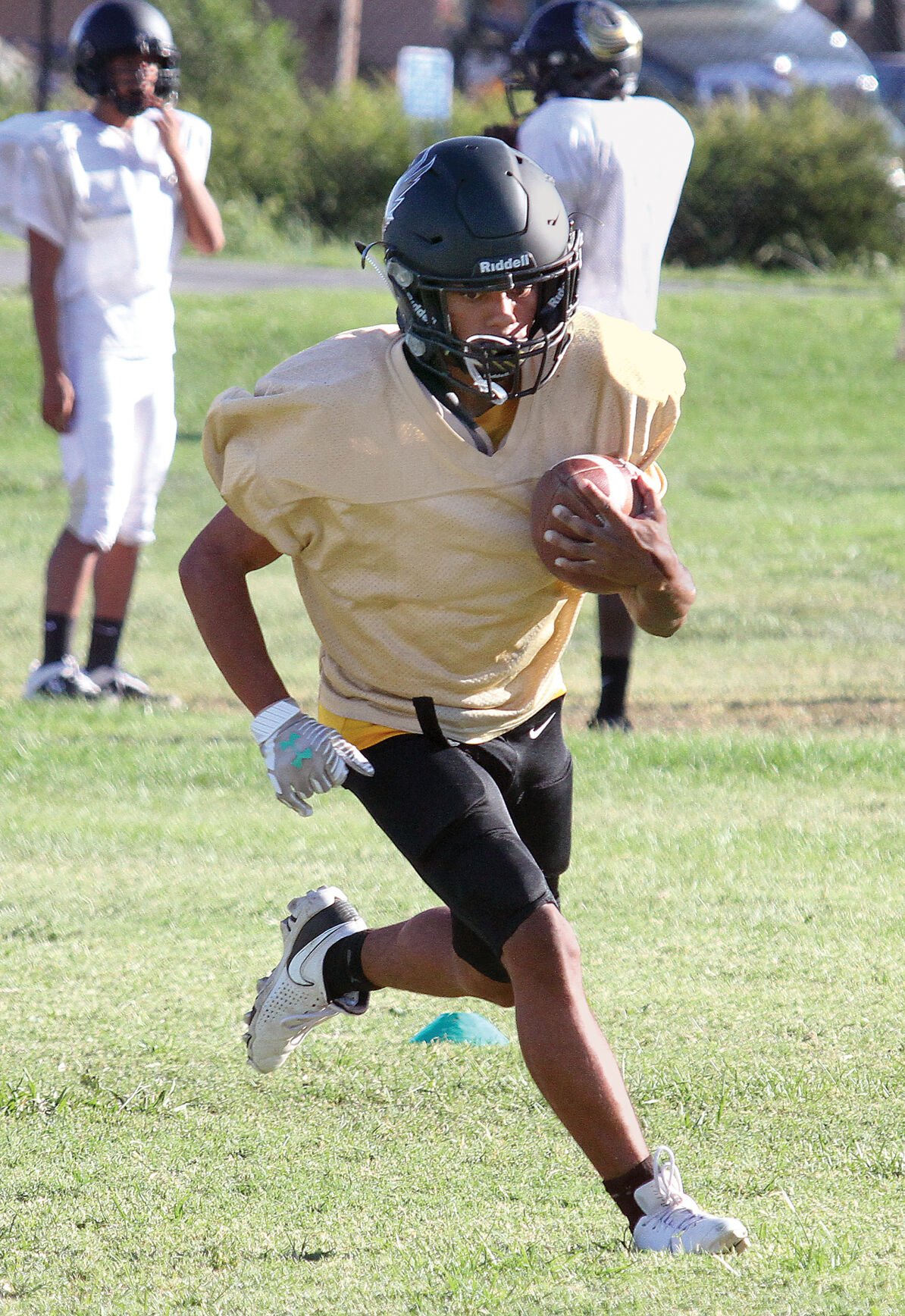 Nate Washington carries the ball during practice on Tuesday afternoon. 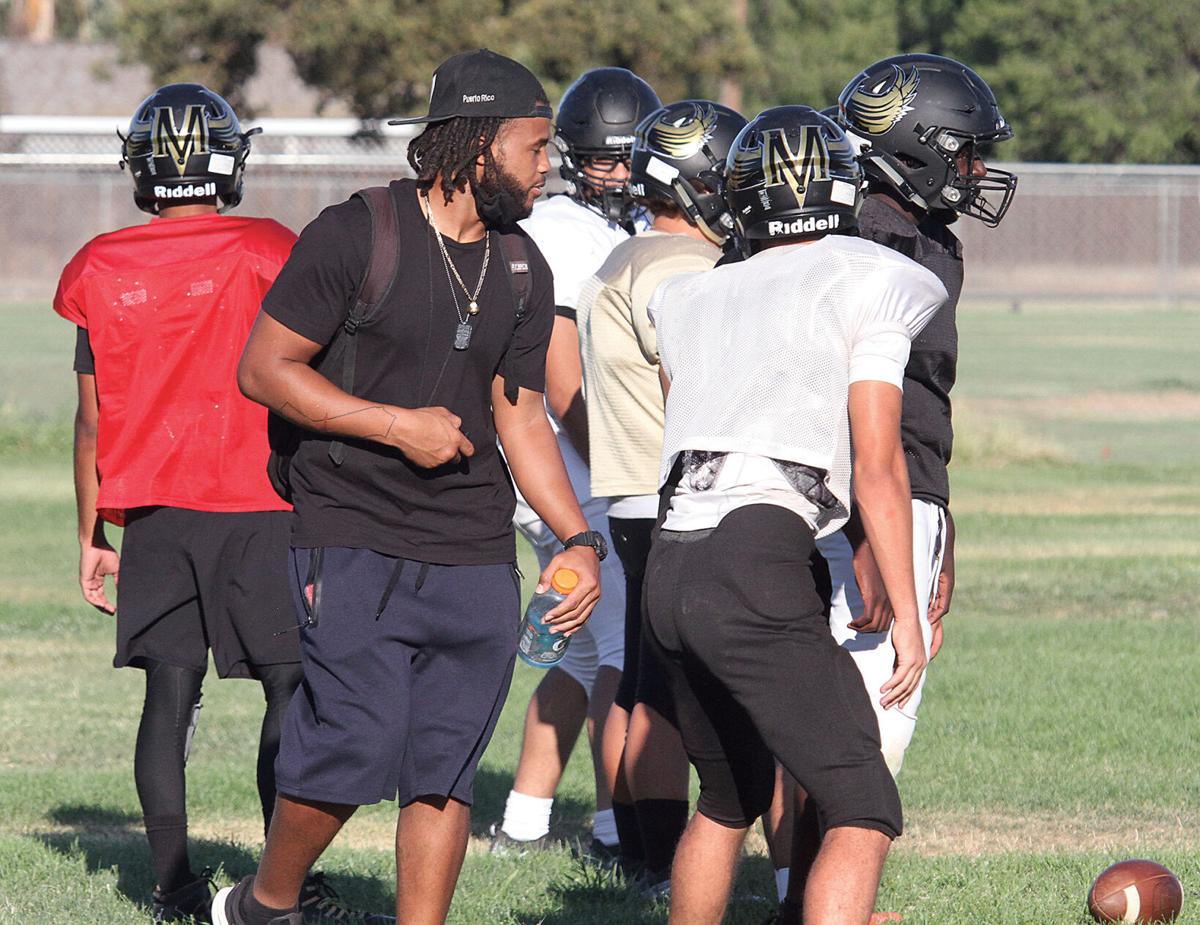 Falcon head coach Jamani Woods sends in the next play for his offense.

Abdullah Sweillem runs through a play with the offensive line during practice.

Nate Washington carries the ball during practice on Tuesday afternoon.

Falcon head coach Jamani Woods sends in the next play for his offense.

Jamani Woods takes on his new job as Millennium High’s head football coach with the confidence that he has plenty of backup from Falcon players who are also hungry for success.

Not only is it a learning process for Woods, a 2012 graduate of Millennium High and one of the players on the Falcons’ first team in 2008, it’s a process for players as they buy into a program with a new coach and new strategies.

“It can get overwhelming at times, so the guys returning to the program know the lay of the land, are not afraid to step up and be vocal, and help out as far as if a player is out of place or unsure of what to do during a certain drill or activity,” Woods said.

Woods added that players are not only hard workers, they’re fast learners.

“They were dialed in and they got down in the playbook. They’re comfortable with it. We had to throw a lot of stuff in there in a short period of time and they grasped it,” he said. “Now I’m very confident calling 90% of my playbook, and a lot of our installs happened within a day or 2 days.”

Among the seniors taking on leadership roles, Woods cites quarterback Shalin Ratna as a strong influence.

“That’s just natural,” Woods said. “He’s very knowledgeable as far as the playbook is concerned. I’m giving him a lot of freedom to take on that leadership. Control that huddle. Control that offense when you’re on the field.”

Lineman Abdullah Sweillem is another returning player who knows how important it is to insist on the best from his teammates.

“He’s one of those players who you know can hold somebody else accountable when you’re not looking and make sure the guy is going hard and doing his job the way it’s supposed to be done, and he’s going to go hard every play as well,” Woods said.

With 35 players on the roster, Woods decided that there won’t be enough for a junior varsity team this year, so he’s looking for the freshmen that are eager to grow with the program.

“For a lot of kids coming into high school that could be intimidating, but I have several freshmen on my team, pretty much all of the freshmen, they’re all out there willing to accept the challenge, willing to go against guys bigger than them, willing to put in the work,” Woods said.

About half of the players are returners from last year, when the Falcons had only one game, a 22-20 overtime win at Delta Charter. Among the returning players, senior running back Nate Washington is in his fourth year with the program. Players from last year and the 2019 team also include senior Bravin Phan and juniors Ethan Dargin and Raudel Marquez.

“Coming off from the COVID season where they had only one game, I know, especially my seniors, they’re hungry. They’re excited,” Woods said. “The energy level at practice has been through the roof.”

Woods said that he looks forward to seeing how the Falcons match up with their opponents from week to week, and he won’t try to predict which opponent will be the most important test.

“Every team brings something different to the table. Every team has different weapons, different styles of offense.”