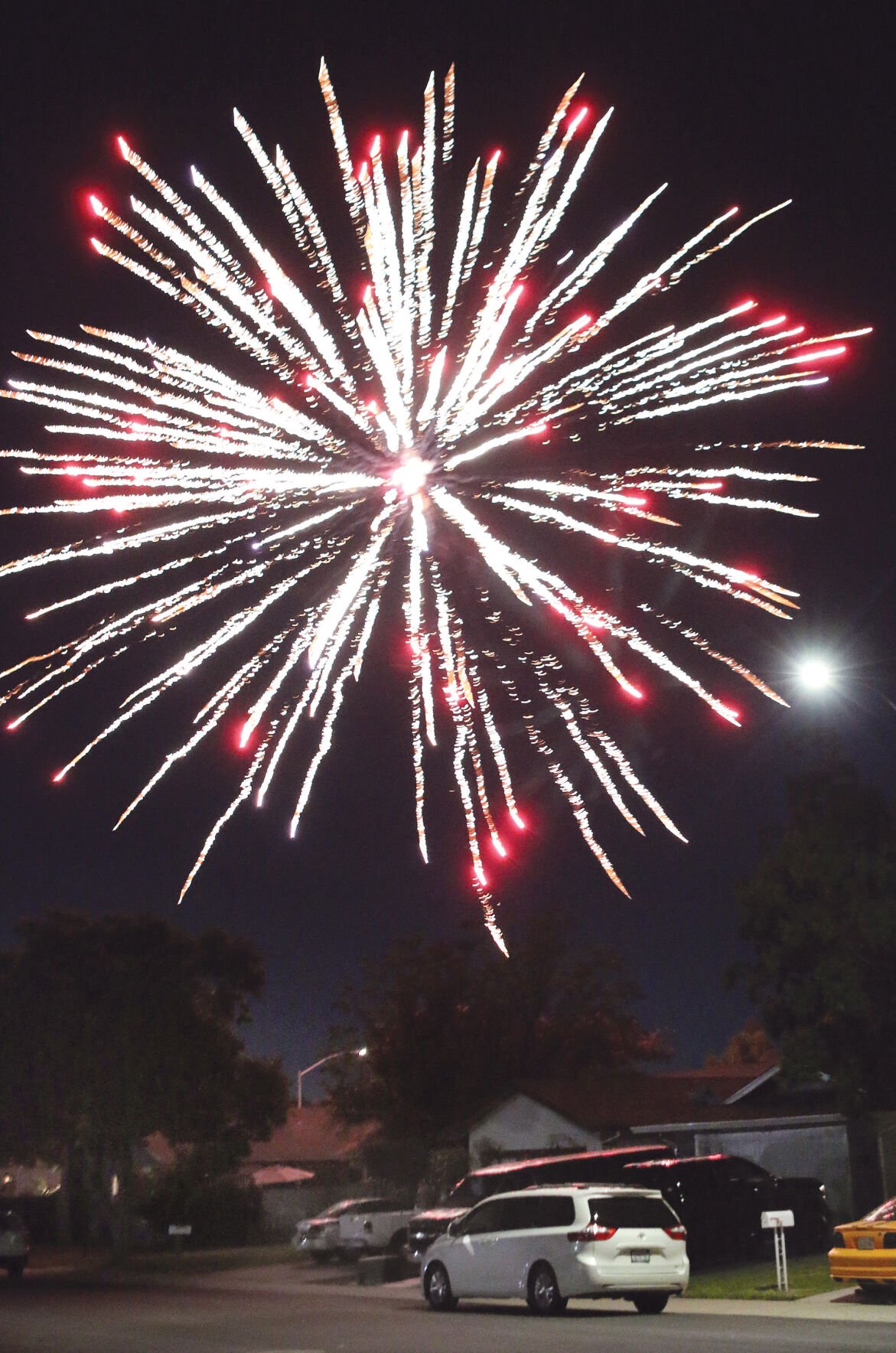 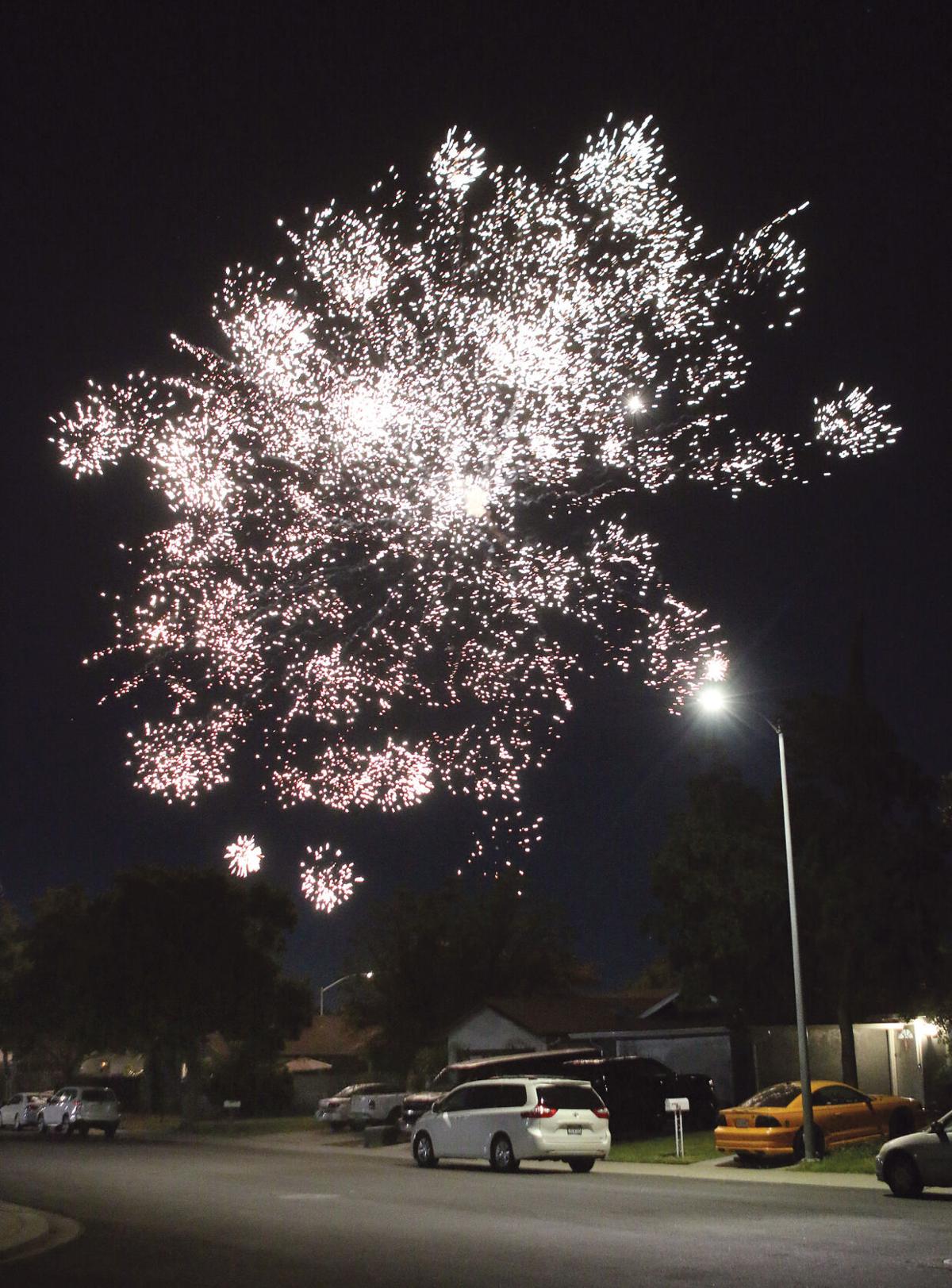 The Tracy City Council endorsed a new ordinance that targets the use of illegal fireworks in city limits.

In a 5-0 vote the council introduced an ordinance amending various sections of Chapter 3.04 of the Tracy Municipal Code that will allow officers to issue an administrative citation to the “responsible party” of private property where dangerous fireworks have been possessed, sold or discharged.

An administrative citation is a fine that is processed through the Tracy city attorney’s office.

Tracy Police Department Capt. Alex Neicu said there has been a significant increase in the use of illegal fireworks across the city.

The police department has received 701 calls so far in 2020 for fireworks-related calls, a 90% increase over last year.

“In order to be able to prosecute, police officers would have to catch someone in the act to be to do that. The alternative is to have a third party — a witness, a citizen — sign the citation and testify in court that they saw that,” Neicu said. “The difficulty we have been running into is that we have a 100% refusal when we don’t see it. Citizens just don’t want to go to court against their neighbors. As much as they call the police on the neighbor there is a reluctance to follow up.”

Police classify firework complaints in two categories: fireworks that are misused and cause fires resulting in significant damage or loss of property, and noise complaints from the discharge of illegal fireworks.

On the Fourth of July the South San Joaquin County Fire Authority responded to 15 fires, three of which were directly related to fireworks. So far in 2020 the police department has referred seven fireworks related calls to the fire department.

“So that’s what puts us in this position we are in today and the solution is this proposal to add an additional layer of responsibility to the property owner. We don’t necessarily have to catch somebody in the act. If there are enough indicators that the property owner is condoning, or allowing or promoting the use of illegal fireworks there is the option to go after the property owner," Neicu said. “Basically what we want be able to enhance is our ability to not have to just catch somebody in the act but also through follow up, identify who is the responsible and have a tool to address that also.”

The ordinance will allow the citations to be given to the responsible party, which includes but is not limited to a person who owns, rents, leases or has possession of the private property or who is in immediate control of the private property or a person who organizes, supervises, sponsors, conducts, allows or controls access to the possession, sale or discharge of dangerous fireworks.

The lessor or landlord of a property would not be held responsible for any fireworks activity unless they had knowledge of it.

For many of the calls police receive regarding fireworks the perpetrators are already gone when officers arrive.

“We do have to catch somebody in the act of and it’s actually a really significant part of the justice process, we have to prove somebody did it. We can’t just pick the most likely if we see it after the fact and arrive late, because most of the time we arrive late after the fact. We’re not able to identify in a crowd who set off the firework,” Neicu said. “However if we see it’s associated with a certain property we can put pieces together and issue a citation to the property owner or whoever is in control of the event.”

Similar fireworks enforcement is currently used in Modesto and Manteca.

“This is not a perfect solution, it’s not going to work in every single situation, but it’s going to work a lot more than the tools we have right now,” Neicu said.

The city is adding additional measures to deal with illegal fireworks.

They include an educational campaign to warn about the dangers of illegal fireworks and possible enforcement steps, the use of technology including smart phone apps and a new web portal already in use to report illegal fireworks to reduce the number of calls going to the police dispatch center, proactive police operation targeting high-level users, importers and sellers of illegal, and police and fire department focus on responding to “hot zone” — areas of frequent fireworks use identified by previous police calls and complaints from the community — during peak times.

Councilman Dan Arriola said he agreed the ordinance would make it easier to prosecute some of the issues that had been brought up about the fireworks.

“I think what’s important about this is, it gets technical, but this provides the Tracy Police the opportunity to either prosecute criminally as a misdemeanor or alternatively to do it administratively. So I think it’s important, and I think it's absolutely reasonable and appropriate to allow the officers who are there on the ground and see it to make the decision and have that discretion,” Arriola said.

Councilwoman Rhodesia Ransom said she supported the new ordinance and thought it would put the city in a better position to curb the illegal fireworks activity.

“It doesn’t sound exactly like what everybody is looking for, but it sounds like we are definitely mindful of people’s lives and property and peace of mind,” Ransom said. “They say putting a lock on the door only keeps the good people out. Hopefully having something like this would give people a second thought about continuing to use the illegal ones because they are dangerous and loud — I do think this is a good tool and I support it.”

Neicu said the ordinance will return to council for a second reading and if everything goes as expected will be in effect 30 days later with the hope it can be used for the New Year’s holiday.

“We should look into — especially when we have a lot of fuel and a lot of heat and drought — the losses of houses, the losses of property due to the fireworks is real and maybe we should assess it year-by-year,” Vargas said.

“It is a balance, right now we’re a little off-balance and due to all the fires that are going in California we should really think about selling fireworks right now until we get a hold of the weed abatement in a better way so we don’t have losses of homes that we have had a few months back”