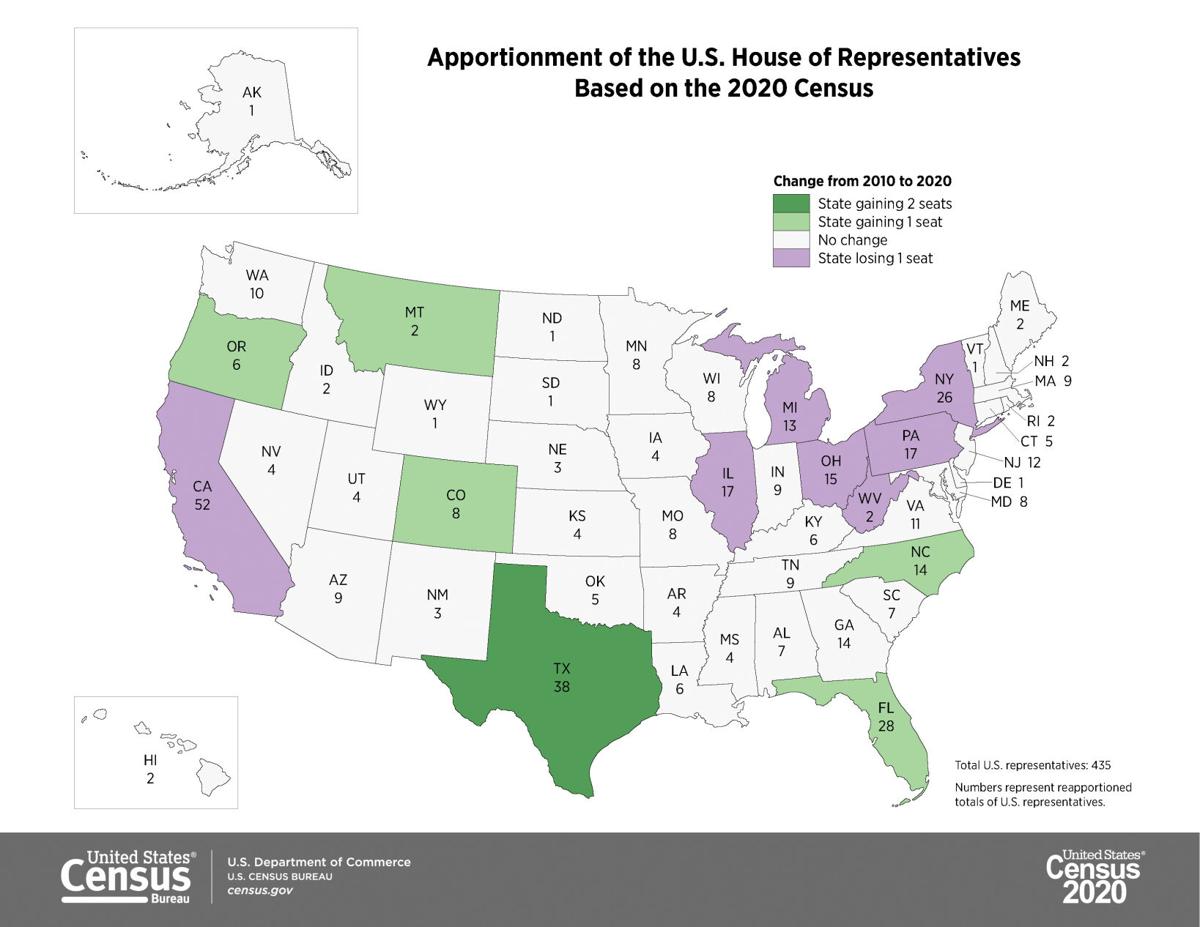 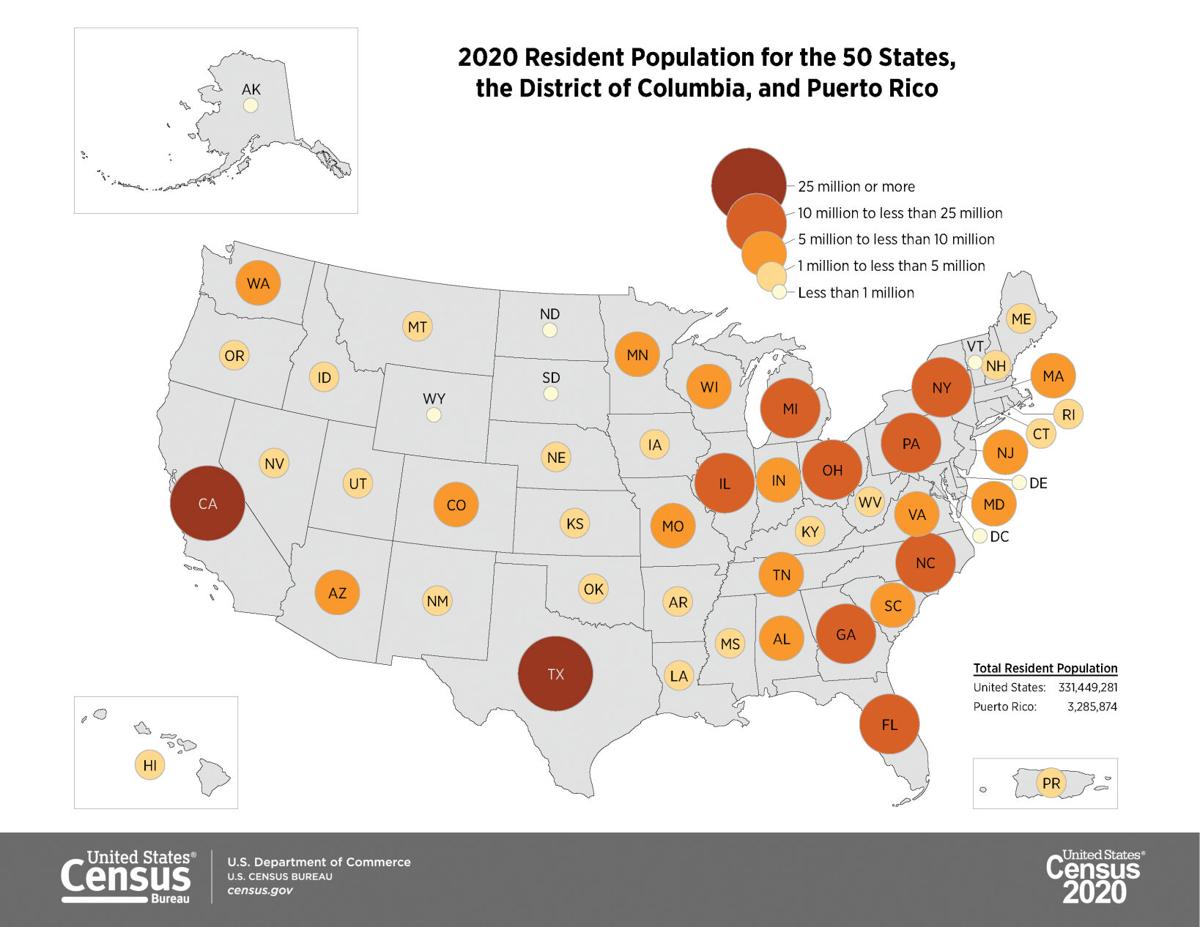 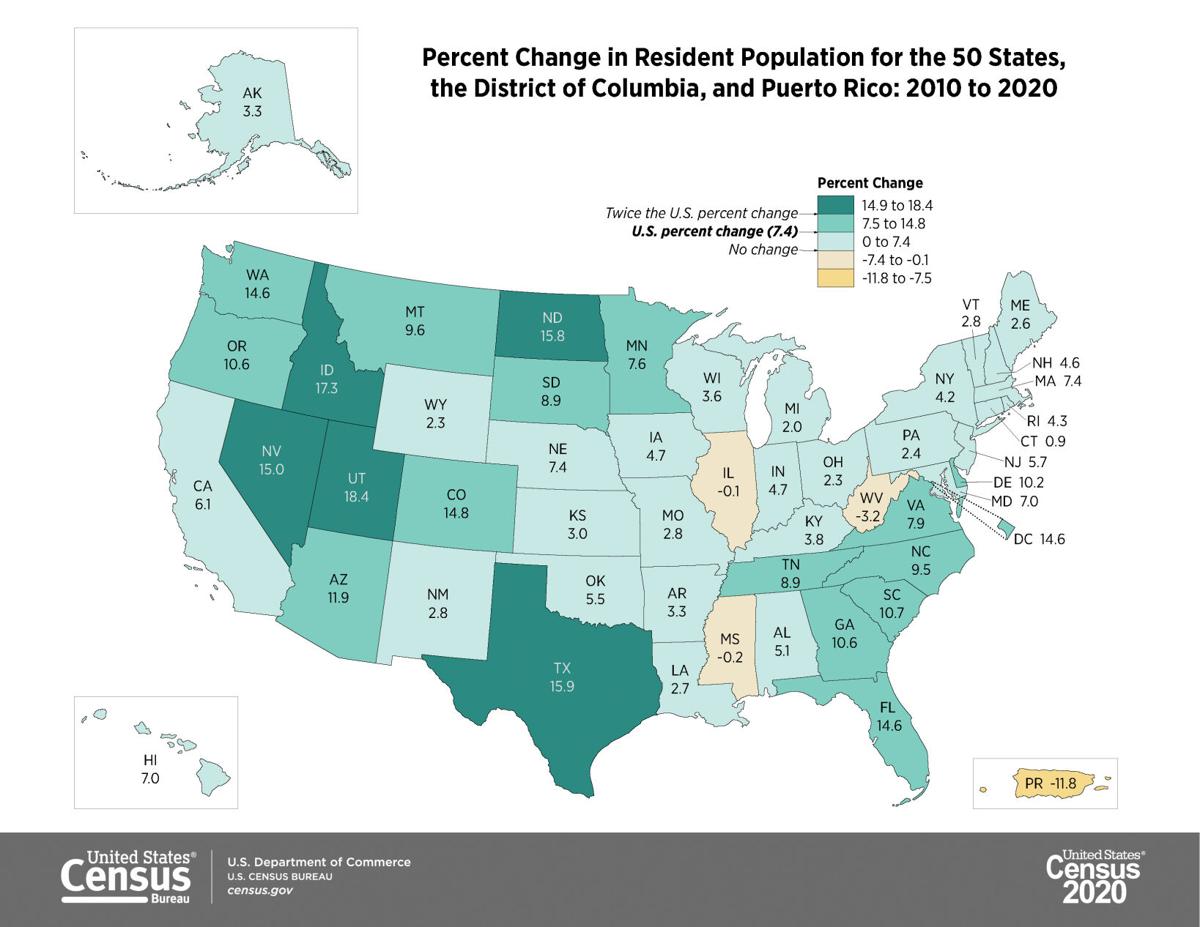 The Unites States Census Bureau released new population data and congressional apportionment for each state on Monday based on the results presented from the 2020 Census. In total, the U.S. population rose by 22,703,743 or 7.4% and now stands at 331,449,281.

California, which was reported as having a population of 39,538,223, experienced a 6.1% increase over the last 10 years and is still considered the most populous state in the country. Utah was the fastest growing state since 2010 and experienced a 18.4% population increase. Puerto Rico, which does not having voting seats in Congress, experienced a 11.8% decrease in its population.

“The Census Bureau will provide states with the local population counts needed for redistricting by September 30, 2021. This is when states redraw or “redistrict” their congressional and other legislative boundaries,” said Patricia Ramos from the U.S. Census Bureau’s Los Angeles Regional Census Office in an email.