Members of the Tracy City Council discuss recreational marijuana use within city limits during a special meeting Tuesday. 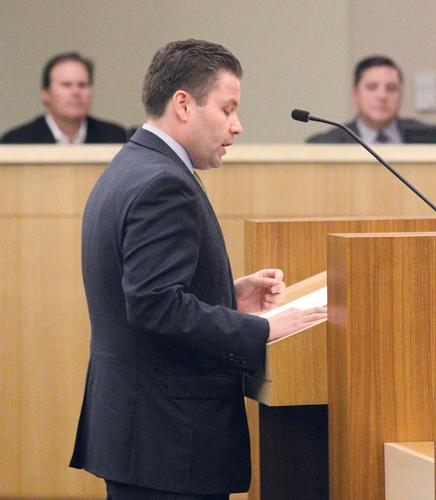 Zachary Drivon, a lawyer from Stockton, speaks about recreational marijuana regulations during a special meeting of the Tracy City Council on Tuesday. 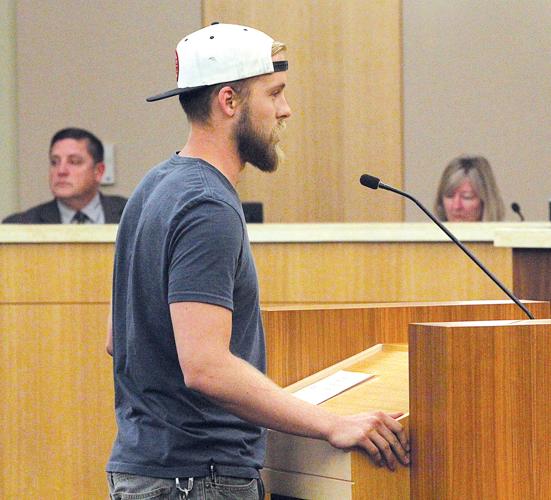 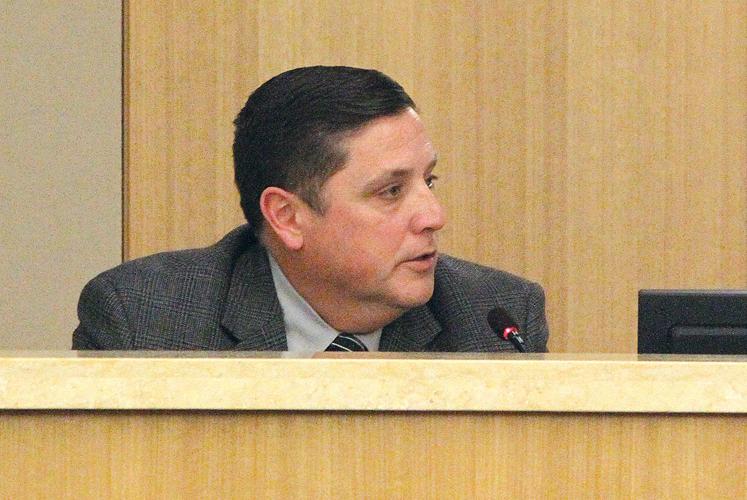 Tracy Police Department Capt. Jeremy Watney tells the City Council about possible problems the city might face under the Adult Use of Marijuana Act. The council called a special meeting Tuesday to discuss regulations related to recreational marijuana.

Members of the Tracy City Council discuss recreational marijuana use within city limits during a special meeting Tuesday.

Zachary Drivon, a lawyer from Stockton, speaks about recreational marijuana regulations during a special meeting of the Tracy City Council on Tuesday.

Tracy Police Department Capt. Jeremy Watney tells the City Council about possible problems the city might face under the Adult Use of Marijuana Act. The council called a special meeting Tuesday to discuss regulations related to recreational marijuana.

Recreational marijuana use and cultivation was the only issue on the agenda of a special Tracy City Council workshop Tuesday night.

The topic was raised in response to the Adult Use of Marijuana Act, Proposition 64, which 69.6 percent of California voters passed in November. The act legalized the nonmedical use of marijuana by adults and created a regulatory framework for issues pertaining to recreational marijuana, such as cultivation, sale and production.

Cities across the state have until Jan. 1 to create local regulations before state agencies begin issuing permits to operate nonmedical marijuana businesses.

Mayor Robert Rickman said the workshop was likely the first of many before the council would take a stand on the matter.

“The reason we’re here tonight is so they (city employees) can explain the legal issues and some of our options of what we can and what we can’t do,” he said. “It is a very big issue not just for the city but for the state, and we need to get public input.”

“It is very unique,” the mayor added. “It changes some prior laws, and we need to make sure we’re up to speed with everything.”

According to the city staff report, the council needs to make a ruling on local regulations that address commercial marijuana activity, indoor and outdoor growing, and local sales tax for the cultivation and sale of marijuana.

The staff told the council members they could create a local law regulating recreational marijuana just as they did for medical marijuana in 2012, prohibiting dispensaries and backyard cultivation within city limits. The staff said the state would not issue permits in communities where those permits would violate local ordinances or regulations.

To better understand the direction the council wanted to take on the issue, the staff asked what to do about sales, manufacturing and outdoor cultivation; delivery of cannabis products; and limits on the number of marijuana plants at a private residence.

Rickman asked Capt. Jeremy Watney for Tracy Police Department’s position, and Watney said reports from areas where recreational marijuana is already active have seen increases in use by minors, driving under the influence violations and visits to hospital emergency rooms.

“While people are allowed to have six plants inside their house” under the Adult Use of Marijuana Act , he said, “that’s as far as we would like to see it as far as Tracy.”

During nearly two hours of discussion, speakers addressed the council from both sides of the issue. A few spoke of potential medicinal and financial benefits, including the opportunity for new local tax revenue, while opponents spoke of crime in residential neighborhoods.

He said commercial regulation and taxation would allow Tracy to participate in the multibillion-dollar marijuana market.

Resident C.J. Schero told the council members that they should get on board and create regulations that would help the city take advantage of new opportunities related to marijuana.

“This is moving forward in the state,” he said. “The market is brewing, and if you don’t hitch your pony to the wagon, it’s going to leave without you.”

A resident opposed to marijuana in all its forms said her neighborhood was once plagued with problems from a medical marijuana grow house. She said her neighbor had more than 100 plants, which were stolen in a home invasion burglary. The burglars used her backyard to get away.

“The crime factor and the vandalism that occurred leading up to that ordinance has all gone away,” she said, referring to Tracy’s 2012 ban on medical marijuana cultivation and dispensaries. “I don’t agree with having to cultivate it as a business in residential areas. Just a safety issue.”

Mayor Pro Tem Veronica Vargas questioned how the police department would regulate a limit of six plants per household and how the larger industry would impact Tracy.

Dement told staff members that she wanted to see the results of regulations in a city similar to Tracy. She said nothing had yet shown the council that Tracy would be OK if the council allowed large-scale marijuana cultivation or that doing so would help commerce. She also worried about a slippery slope if the council approved one dispensary and then others wanted to open in the city.

City Manager Troy Brown said the issues raised by Prop. 64 were relatively new, but cities and towns still had options. He suggested that the council members keep discussions going and have a ruling in place by October.

“This is a conversation that is happening all over the state,” he said. “The timing on it is not peculiar, because effective Jan. 1, 2018, the state will issue permits for the distribution of recreational marijuana.”

Ransom and Councilwoman Nancy Young agreed that they needed more information and also agreed that changes were coming on the state level regardless of what they decided, so they would need to make a decision.

“We have to decide, what are we going to do as a city,” Young said. “It’s a touchy topic.”

City Attorney Bill Sartor told the council members that if they didn’t take action, it would send a message to the state that the city was going to allow recreational marijuana without regulations.

Rickman said that there were a lot of questions on the issue of regulation and that they still had a “long road to get it right.” The council agreed that it would need more workshops on the issue, but no dates were set Tuesday night.