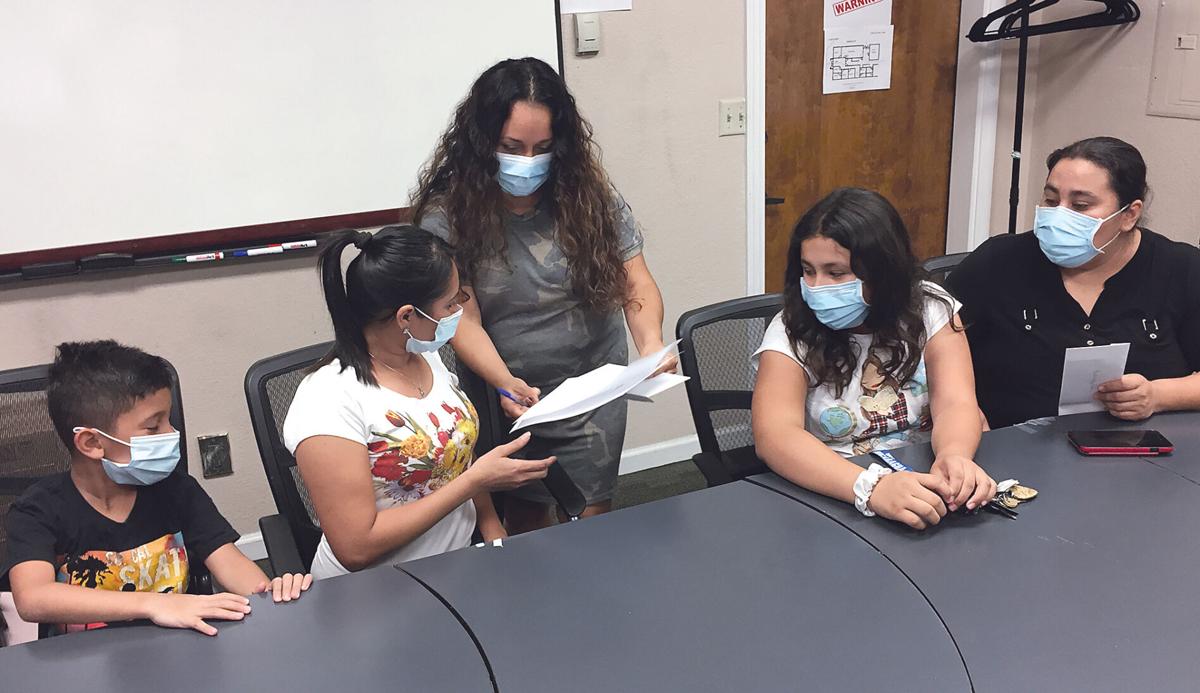 Silvia Mejia (center), of the Tracy Family Resource Center, talks about relief efforts with some of the people displaced by the July 5 Clover Road fire, including Karen Lopez (to Mejia’s left) and her son Gaovanny, and Yeslin Ortiz (far right) and her daughter Genesis. 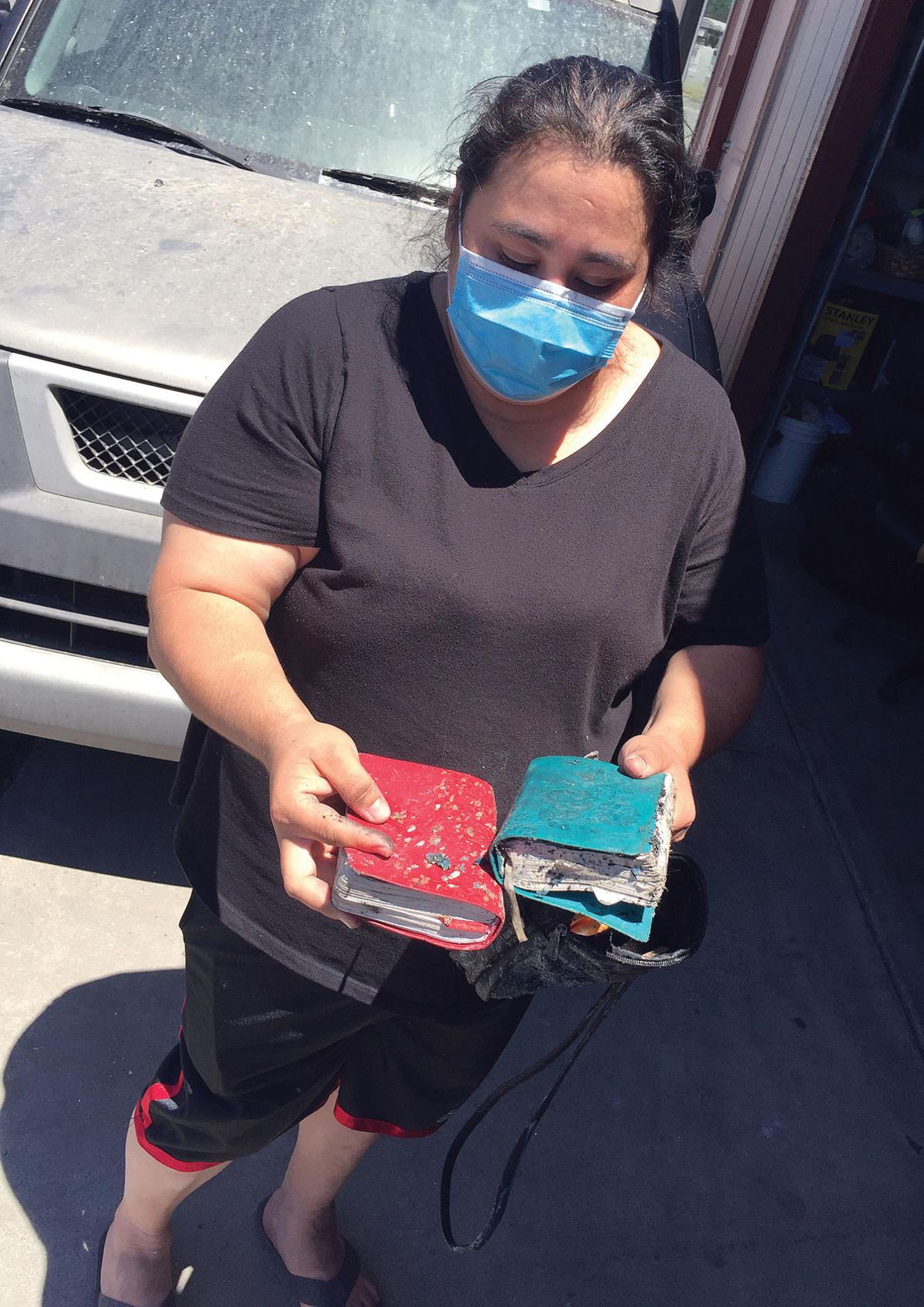 Yeslin Ortiz holds two Bibles that were found in the remains of her Clover Road home, which was destroyed by fire July 5.

Silvia Mejia (center), of the Tracy Family Resource Center, talks about relief efforts with some of the people displaced by the July 5 Clover Road fire, including Karen Lopez (to Mejia’s left) and her son Gaovanny, and Yeslin Ortiz (far right) and her daughter Genesis.

Yeslin Ortiz holds two Bibles that were found in the remains of her Clover Road home, which was destroyed by fire July 5.

When a July 5 fire destroyed several Clover Road homes, it also upended the lives of the families who lived there. Four weeks later, some of those families are still trying to find new homes and face the prospect of being priced out of town.

Karen Lopez’s family of six, including her husband and four children, was getting by, splitting a $1,275 monthly rent bill with her father-in-law. Now that her husband, Nilson Rodriguez, is back to work at a local tile company, they’ve got income again after a COVID-19 business slump. They have also received help from the Tracy Family Resource Center, plus a donation of $1,600 after local businessman Hector John Cardoza raised more than $20,000 to help the families, including cash through a GoFundMe page, gift cards and hotel vouchers,.

But the future is still uncertain. Lopez said her family is just starting out again, as when she and Nilson were married, or when they first came to Tracy a year ago to join his parents, who had been in their Clover Road home for nine years.

“To start from zero, your first thought is where are you going to live? It’s like when we first arrived from Honduras,” she said, with Silvia Mejia, a caseworker with Tracy Family Resource Center, serving as a Spanish-English translator during an interview Tuesday.

Lopez added that people want to help, but the first step is to find a new home.

“If you don’t have a place to live, we can’t buy anything or ask for anything, because we have nowhere to put stuff,” she said. “Lots of people have asked us, what do we need? That’s been the most difficult.”

For the time being, Lopez and her family are staying with her sister in central Tracy, but her family of six joining a family of four — with another family of three displaced by the Clover Road fire staying there as well — is a temporary solution.

They are among five families that are still looking for permanent homes and need the financial resources to meet the initial move-in costs.

Mejia said that, of the nine families displaced by the fire, only two had been able to move into new homes. Two more — a homeowner who had insurance and a family that raised money through a separate GoFundMe page — have been fortunate in terms of finding financial resources, but they’re still looking for new places to live.

Among those who found new homes are Yeslin Ortiz and her husband, Angel, and their three children. Now they need to furnish the apartment they’ve just moved into on Holly Drive. They lost nearly all their possessions in the blaze. Among the few items saved were two Bibles found in the ashes.

They still face a tough recovery. They were paying $1,275 for the triplex where they had lived for nine years, and they had someone to share rent with, so their monthly bill came out to $900. Their new place costs $1,600 a month.

“She got it through a friend that told her about it. Otherwise, she wouldn’t have been able to get it,” Mejia said.

Angel Ortiz’s monthly income is enough to cover the rent, but the move-in expenses were tough to raise. The $1,600 the family got from Cardoza, plus a refund of their Clover Road rent for July, made it possible.

Mejia said that the other families were looking at the typical monthly rent in Tracy going for about $2,000 or more.

“To find something for the rent that they used to pay, it’s impossible here in Tracy, for a family of six,” she said.

A five-alarm fire destroyed a row of homes on the 200 block of West Clover Road on Sunday afternoon, leaving nine families, about 40 people in…