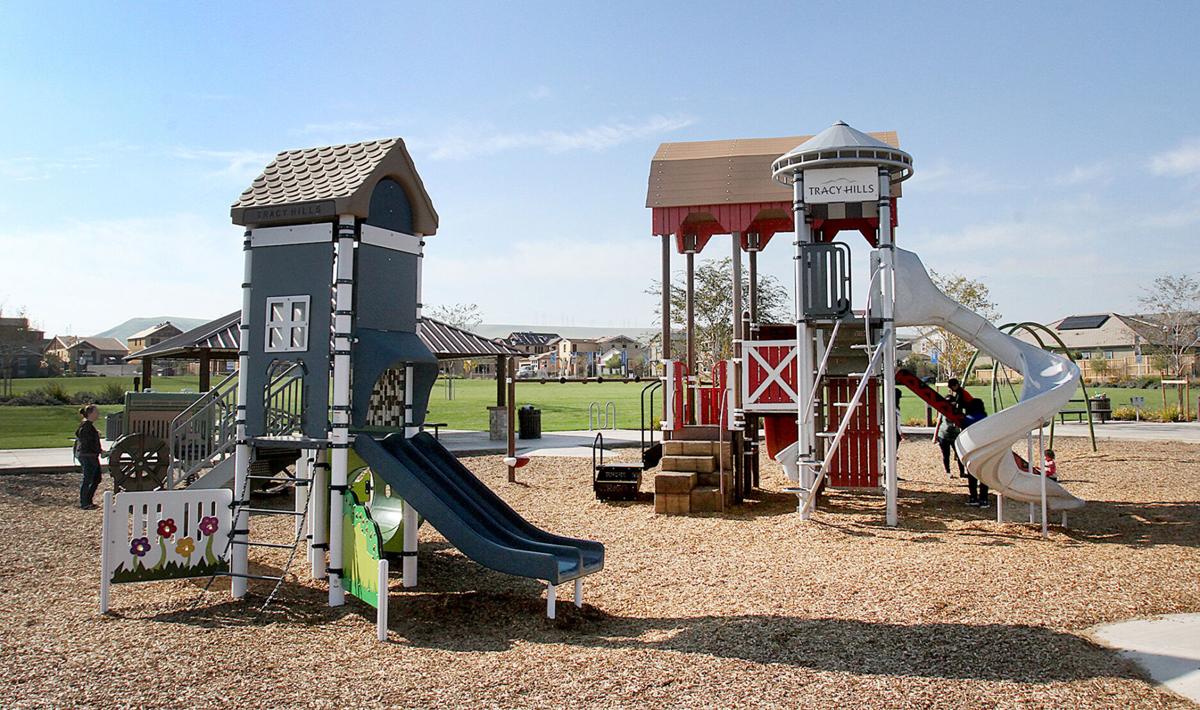 Visitors enjoy the playground at Tracy Hills Park on Wednesday. The park is one of three public parks open in the Tracy Hills community. 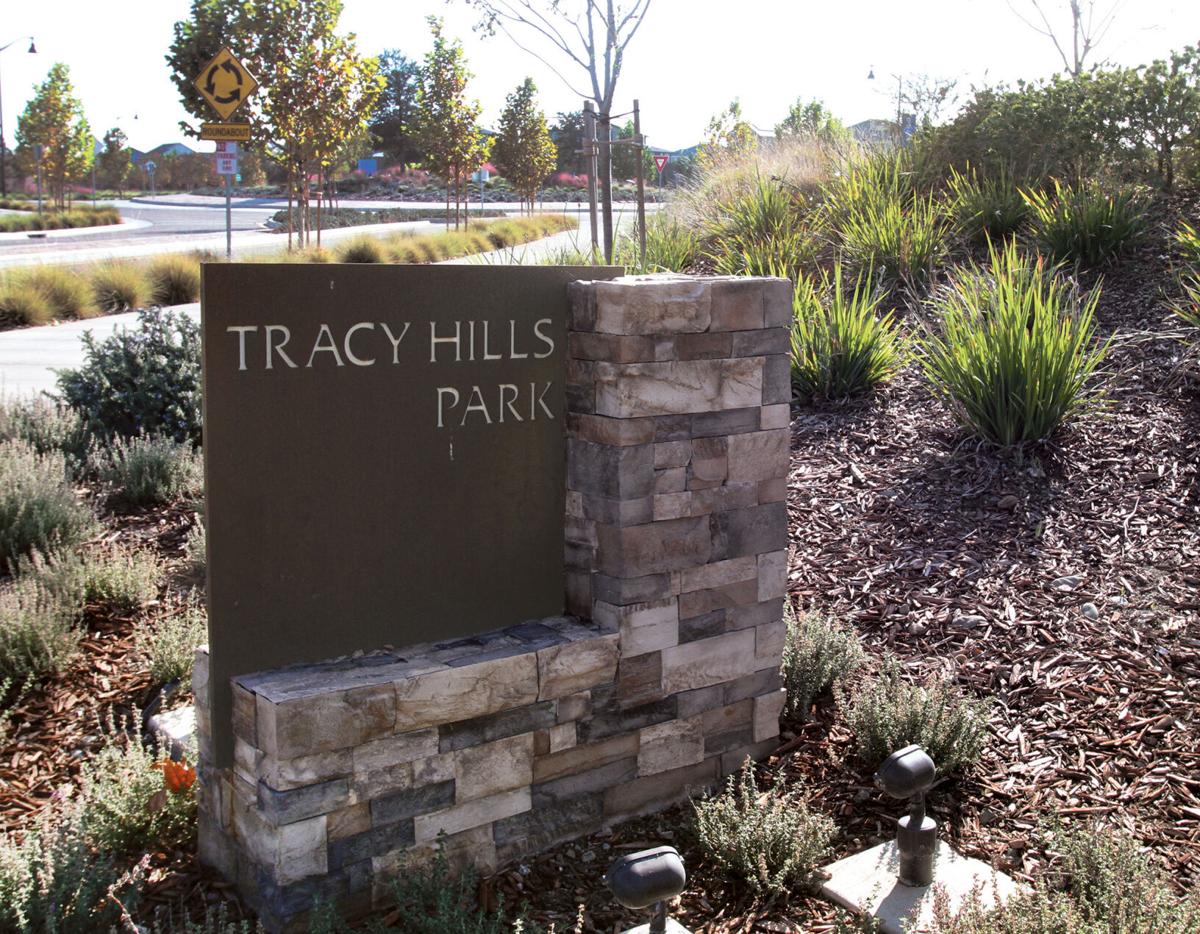 Tracy Hills Park is one of three public parks open in the Tracy Hills community. 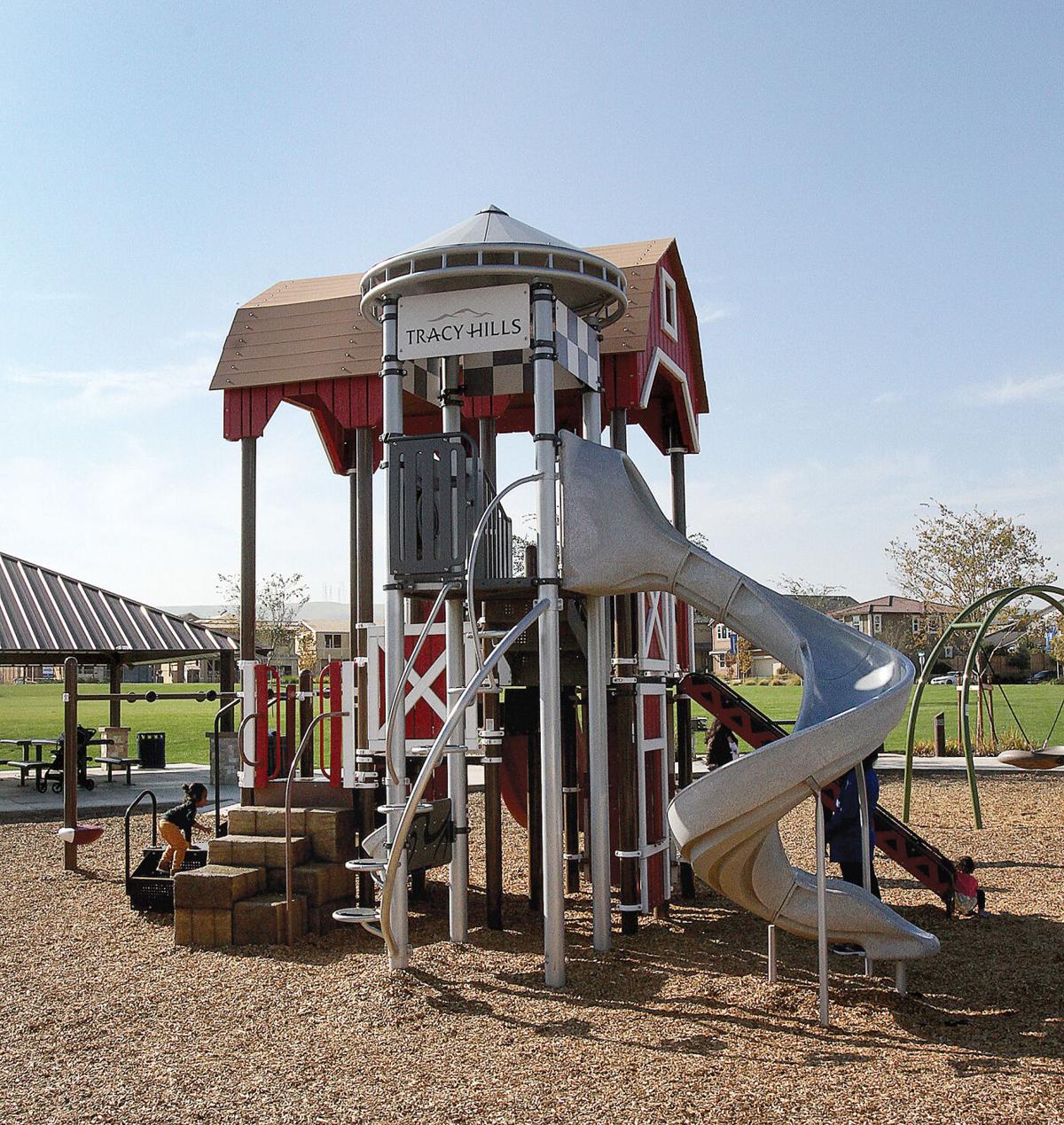 Children climb the playground at Tracy Hills Park on Wednesday. The park is one three public parks open in the Tracy Hills community. 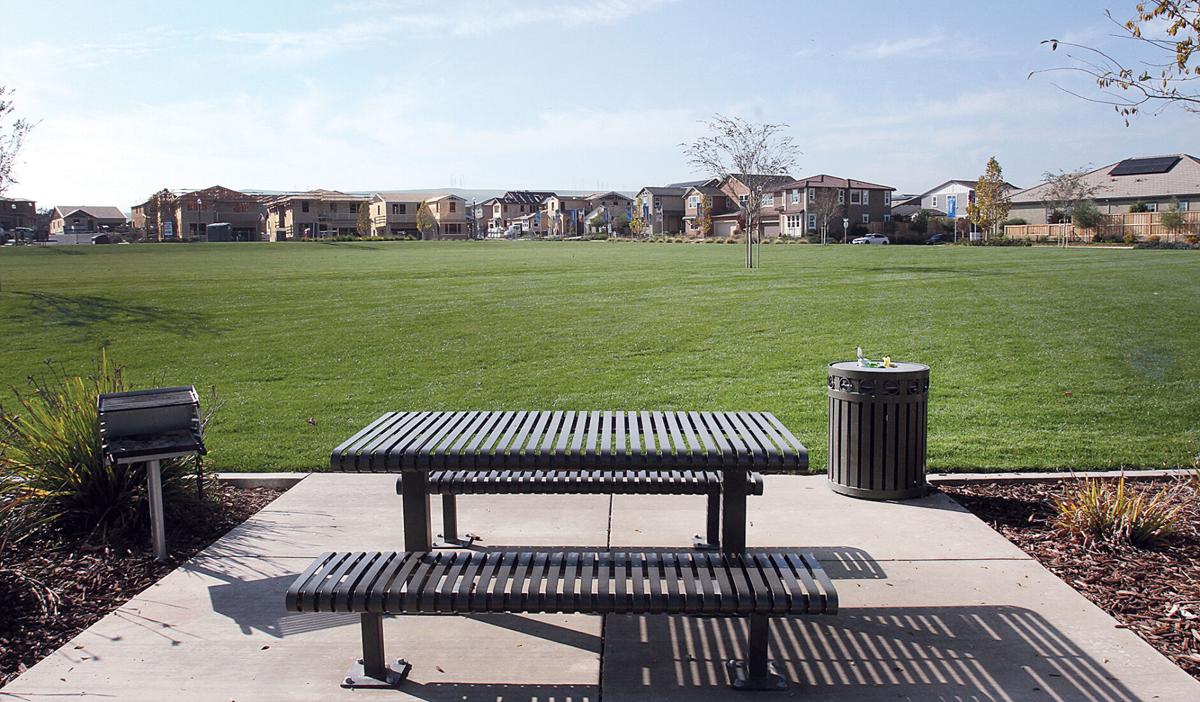 A picnic table waits for visitors at Tracy Hills Park on Wednesday. The park is one of three public parks open in the Tracy Hills community.

Visitors enjoy the playground at Tracy Hills Park on Wednesday. The park is one of three public parks open in the Tracy Hills community.

Tracy Hills Park is one of three public parks open in the Tracy Hills community.

Children climb the playground at Tracy Hills Park on Wednesday. The park is one three public parks open in the Tracy Hills community.

A picnic table waits for visitors at Tracy Hills Park on Wednesday. The park is one of three public parks open in the Tracy Hills community.

Residents will have a voice in naming the next park to be built in Tracy Hills under a policy adopted earlier this year.

Brian MacDonald, Parks and Recreation director, said residents will have 30 days to submit names for the park that will be built on the east side of Corral Hollow Road.

The new policy for naming city parks, buildings and recreation facilities was adopted in early February

This was in response to a couple of recent parks that were opened up in Tracy Hills.

“We had some community members come out and voice their concerns that we weren’t as transparent as we could be with the park naming process,” MacDonald said. “So, we decided to refine the park naming policy, the council policy, and got direction from council to do so.”

Three public parks have opened in Tracy Hills: Tracy Hills Park, Starcross Park and Greymont Park, named for streets where they are located.

“Really the goal we had in mind was to make this as transparent as possible, which includes our key stakeholders. It’s going to be a public process to call for names and nominations,” MacDonald said.

The next park in Tracy Hills will be built on the east side of Corral Hollow, near the California Aqueduct.

MacDonald said it will be a linear style park — long and narrow.

He said the amenities at that yet-to-be-built park will promote hiking, biking and walking.

“We think it’s going to be the beginning of a really good walking, hiking and biking network in Tracy Hills. We kind of thought outside the box with this project, and we’re excited about it, and we’re really excited to go through this naming process and get the community involved,” MacDonald said.

The process, as adopted in February, begins once a developer, organization or community member submits an application for naming a park to the city. Once the request is received, it is announced in local media and on social media, starting a 30-day period for additional names to be suggested, and for the public to give input.

After the 30-day period, the parks commission at either its regular monthly meeting or at a special session will review, evaluate and prioritize the names submissions. The commission will then send the top three names forward in priority order to the city council for final approval.

The existing Tracy Hills park names were nominated by the developer and went before the parks commission. Developers in the Tracy Hills project have already submitted a request to name the newest park Hillview Park.

MacDonald said that the future parks in the next phase of Tracy Hills, to be built on the northwest side of Interstate 580, will be characteristic of the rolling hills at the western side of the development.

“The difference you’ll see in these parks in Tracy Hills is they are taking advantage of the terrain and the topography versus some of our other neighborhoods that are cookie cutter, where all the parks look the same,” MacDonald said.

The city describes community parks as being larger and with amenities like large gazeboes and sports fields that can hold large events. Neighborhood parks are small with amenities aimed to serve the surrounding neighborhoods.

Under the policy for naming parks, buildings or recreation facilities several factors are taken into consideration for parks and among them are individuals or families who have been involved in many facets of the community, maintaining names that represent the current and past cultural diversity of the community and park names that reflect the geographical significance of the park site’s topography or other natural amenities that exist in or near the park property.