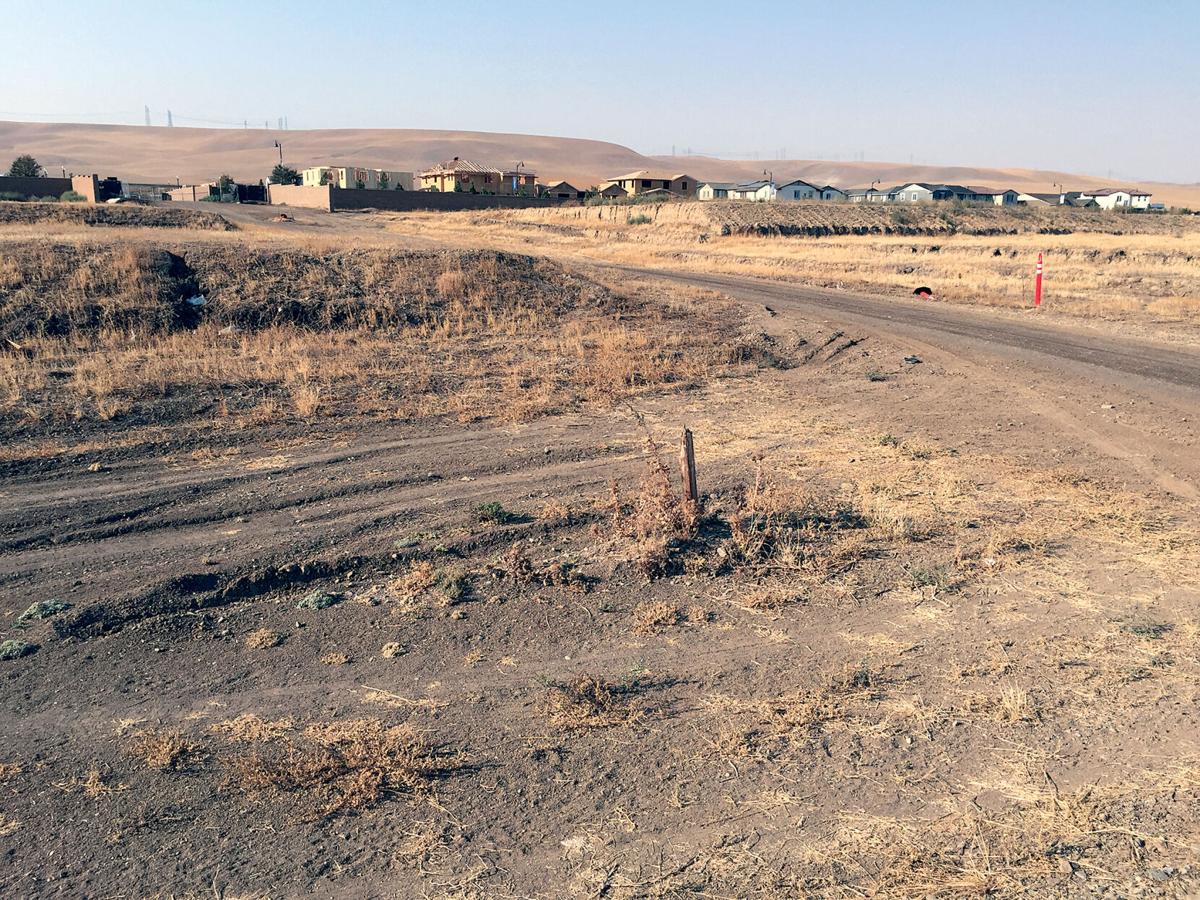 A the Village 7C subdivision already has preliminary grading and the outlines of new streets at the north end of the Tracy Hills Phase 1A development. Tracy City Council action last week allows for medium-density housing in the area.

A drawing from KTGY Architecture and Planning of Oakland shows what the duets in the Tracy Hills Village 7C development will look like.

A the Village 7C subdivision already has preliminary grading and the outlines of new streets at the north end of the Tracy Hills Phase 1A development. Tracy City Council action last week allows for medium-density housing in the area.

A drawing from KTGY Architecture and Planning of Oakland shows what the duets in the Tracy Hills Village 7C development will look like.

The Tracy City Council last week gave the Tracy Hills developers the go-ahead to double the number of homes in one of the development’s subdivisions.

A series of council votes included approval of a general plan amendment and a vesting tentative subdivision map that allows the developer to divide 66 lots in half, creating 132 lots, where the developer plans to build a series of attached single-family homes, or “duets,” on 28 acres.

Tracy Hills will eventually cover 2,732 acres on the southwest corner of town, and the 417-acre Phase 1A of the development, including 1,160 homes, is presently under construction. Phase 1A is bordered by Interstate 580, the California Aqueduct, Corral Hollow Road and an extension of Lammers Road, with Tracy Hills Drive running through the middle. It includes a series of villages, mostly under construction now.

Council actions on Tuesday, Oct. 20, applied to the 28-acre Village 7C at the north end of Phase 1A, changing the specific plan designation of the area from low-density to medium density. Lot sizes are cut in half, and now range from 3,500 to 5,000 square feet, and the homes range from 1,800 to 2,300 square feet.

Tracy senior planner Scott Claar explained to the council that the difference between duets and duplexes is that the duets don’t have a shared wall. However, with walls going right up against the property lines, plans show for only a few inches of space between houses on one side, and enough space on the other side for a walkway between the front and back yard.

John Palmer, one of the project managers for Tracy Hills, told the council that the change is a response to market demands for smaller lots and smaller homes. Council members supported the change on a 4-0-1 vote, with Councilwoman Veronica Vargas absent, stating that they welcomed a range of pricing for new homes.

“There’s such an incredible opportunity here to provide the type of housing, that middle housing, that is absolutely necessary in our community,” Councilman Dan Arriola said.

The homes in Village 7C would cost $497,667, according to a market absorption study attached to the council’s next item, a proposal to authorize the latest round of community facilities district bonds needed to pay for public improvements in the area. The most expensive homes in Phase 1A could go for $739,630.

The council also endorsed the latest changes to the Tracy Hills community facilities district (CFD) on a 4-0-1 vote. The CFD is supported by the sale of bonds to finance public improvements like streets, parks, storm drains and sewer and water lines.

The city approved the CFD for Tracy Hills in July 2016 with the expectation that it would spend about $285 million on public improvements, with bond sales to finance those projects and Mello-Roos taxes on homeowners to raise money to pay off those bonds.

[thumbdown] Doesn't say much for the slow growth desires of our citizenry. We certainly need more traffic, noise, and crowding in this berg - like a hole in the head.....