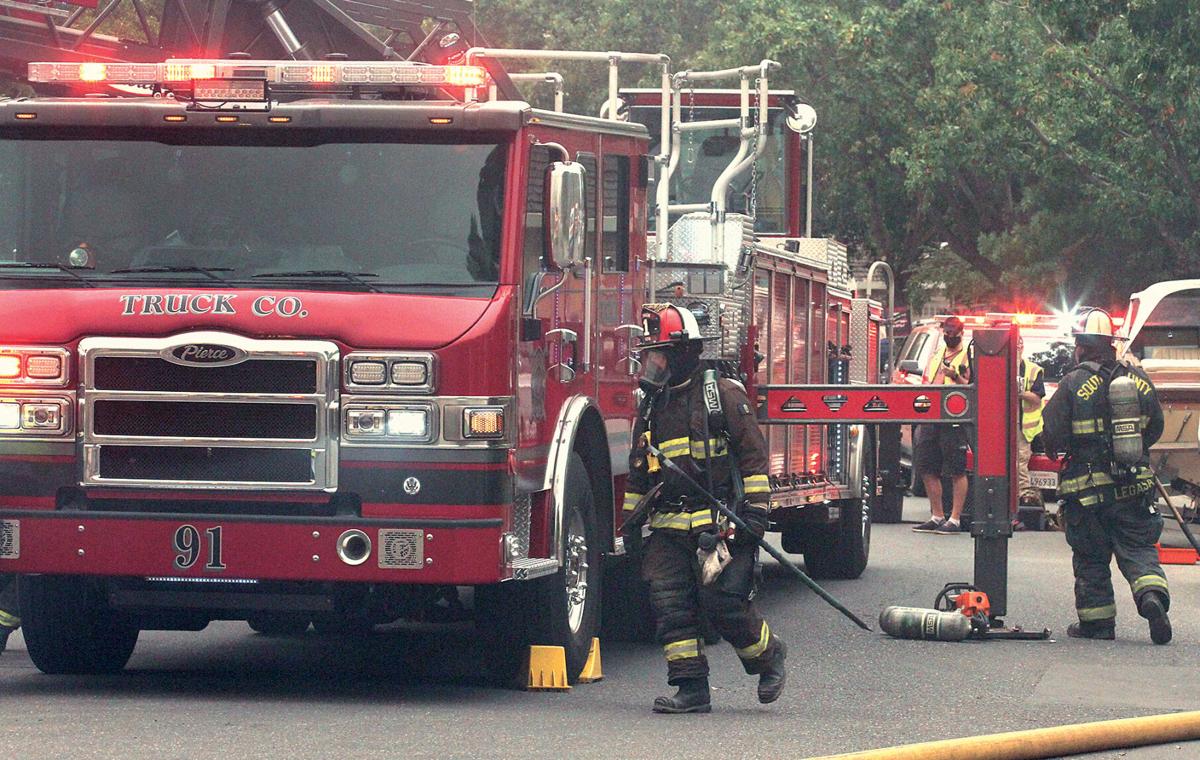 The South San Joaquin County Fire Authority is ready to make the transition to a stand-alone agency that serves both the city of Tracy and Tracy Rural County Fire Protection District. Before that transition is complete, though, the Tracy City Council wants to dig into the details of personnel costs for the new agency.

At the council’s Sept. 1 meeting, fire authority Chief Randall Bradley gave the council a history of the joint powers agreement that created the fire authority in 1999, and described how the new agency brought modern efficiencies to both the city and rural fire protection service.

For the next 19 years the fire authority was essentially the city’s fire department – including city administration, financial oversight and city-hired firefighters -- with the rural district contracting for services. In all, it covers about 170 square miles of south San Joaquin County, including the city of Tracy and surrounding rural areas.

By 2014 as the revenues and responsibilities of the rural district grew, control of the fire authority remained largely with the city, which had the potential of causing a rift between the city and the rural district.

In March 2018 the city and rural district created a new joint powers agreement, which made the South San Joaquin County Fire Authority a separate government entity with its own administration, its own budget and its own personnel.

The fire authority now operates on a $21.8 million budget, with just over $15 million coming from the city and nearly $6.8 million from the rural district. Just over $18.7 million of that budget goes toward personnel, including salaries and benefits.

All of those costs and revenues are expected to grow. By 2023 the fire authority’s budget is projected to be about $25.5 million, with nearly $16.6 million coming from the city and about $8.9 million from the rural district.

The second phase of the transition will transfer all of the firefighters and other personnel, about 75 people, from the city’s payroll to the fire authority’s payroll. Last Tuesday Bradley told the council that the draft transition plan is complete and ready for review.

Bradley said the personnel transition plan takes up 350 pages of details on how salaries, benefits, pensions and collective bargaining agreements would move from the city to the fire authority.

“They would bring their seniority and rank from the city to the new JPA, and it would be an independent, stand-alone fire authority that recognizes both the rural district and the city, and again, maintain those tax dollars,” he said.

Also yet to be resolved is the makeup of the South San Joaquin Fire Authority board of directors. At present it includes two members of the Tracy City Council, including Councilwoman Rhodesia Ransom, the board chair, and Mayor Robert Rickman, and two rural district board members, including Pete Reece and John Muniz.

Much of last Tuesday’s discussion was about adding a fifth member to the board ensure that there could always be a majority, instead of a 2-2 deadlock, on controversial issues. Rural district board member John Muniz told the council that the arrangement left open the possibility that a third agency, such as another neighboring community or fire district, would take a fifth seat on the board.

He also brought up the timeline needed to when and how the council and rural board members would review the personnel transition plan.

“If need be, the Tracy Rural District would be happy to hold any workshops to move this along, to get this JPA done. I would love to see it done before the end of the year,” he said.

Ryan Gall, an executive board member for the Tracy Firefighters Association, said that meetings and talks about the transition have been going on for five years or more, ever since it became clear that the fire authority would need to become a stand-alone entity.

“I believe we are past the time for workshops to be held,” he said. “As an employee group we are pleased with the level of involvement that we’ve been allowed to have and the inclusion we have had with Chief Bradley to discuss benefits and working conditions. We have confidence that Chief Bradley is moving this department in the right direction.”

The Tracy council members said that they wanted to set aside a time, in a public forum, where they could get into the details of the personnel transition plan.

“I don’t have all of the information and I don’t feel comfortable moving forward without really understanding all of the in’s and out’s of what we are doing here,” said Councilwoman Veronica Vargas. “It’s a huge move and I think it’s more important to do it right rather than just doing it in a speedy way.”

Bradley said he’s confident that the 350-page plan, which is presently in draft form, covers those details.

Ransom said that a workshop would be a chance for the full council and full rural board to make sure they all have the same understanding of how the plan will work.

“We want to make sure that it’s a sound transition and we can say we did our best to make sure everyone knew what was at stake,” she said.

Tracy City Manager Jenny Haruyama said that matter will likely be scheduled as part of a regular council meeting. It is expected to include a consultant’s analysis of the transition plan. “The good thing is I think we have most of it at our fingertips,” Haruyama said, though she expects other council issues, as well as time for a consultant to review the document, could take some time, pushing the city, rural district and fire authority up against their expected completion date of Jan. 1.

“I don’t know if this is realistically going to come before you before November,” she said.