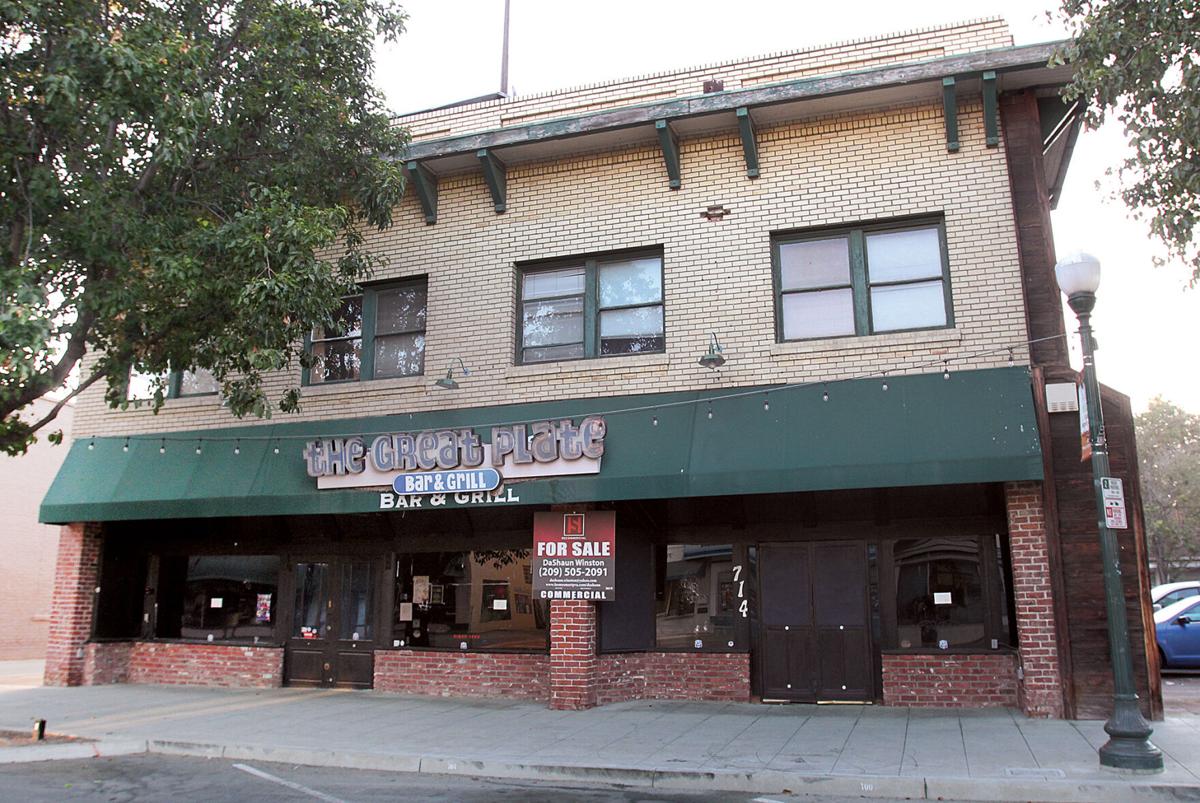 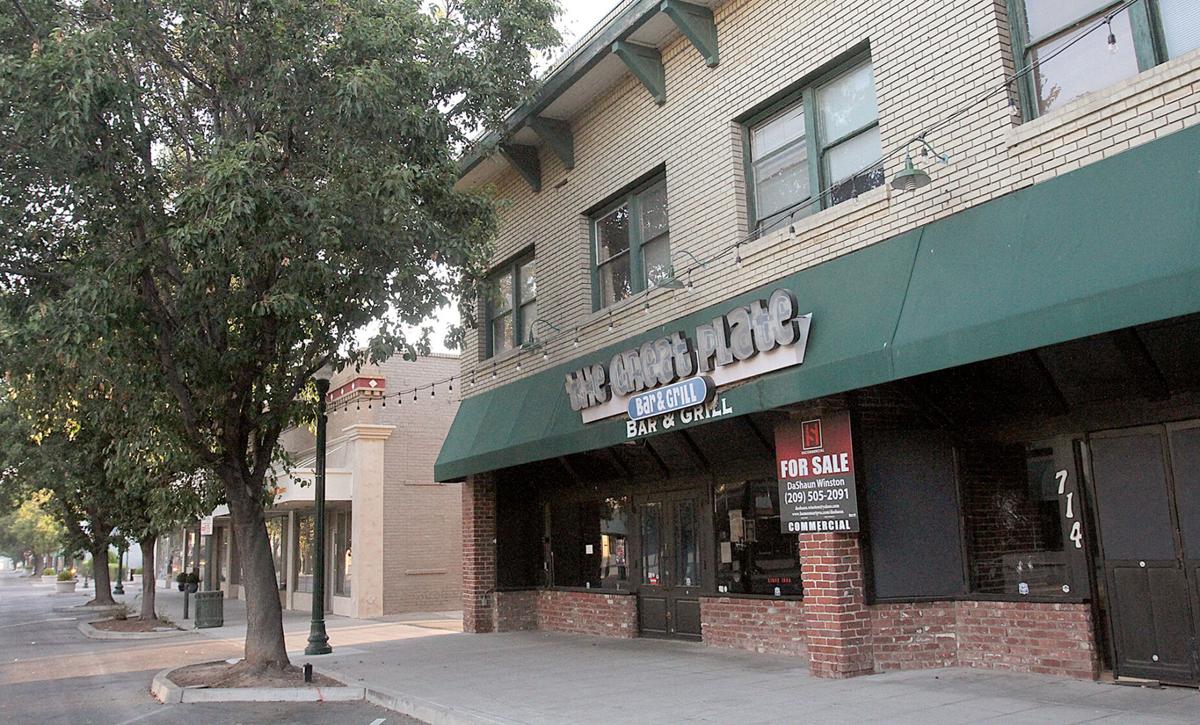 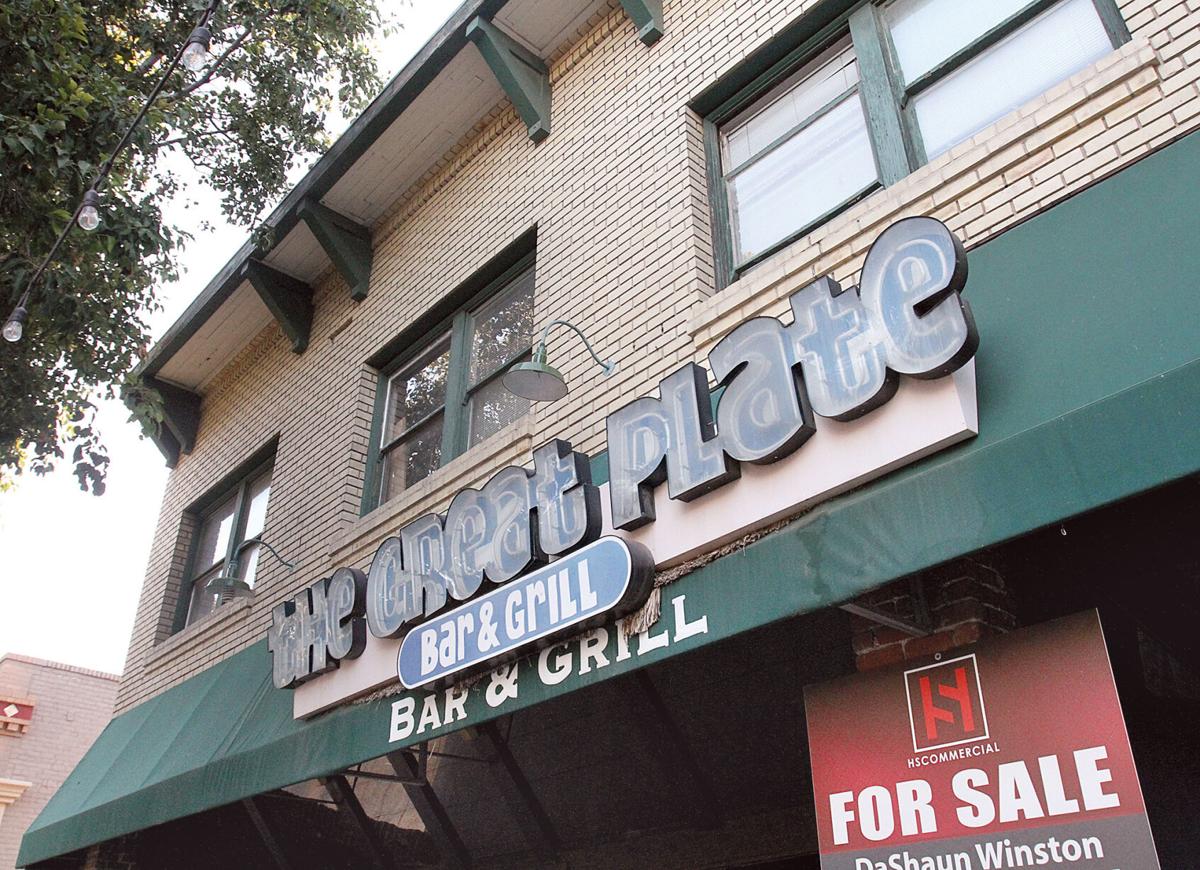 The deadline has passed for the owners of the building at 714 Central Ave., the former Great Plate Bar and Grill, to bring the building up to code, clearing the way for the city to demolish the 100-year-old building.

After a hearing on Aug. 19 in San Joaquin Superior Court, Judge Robert Waters upheld a May 20 Final Judgment Pursuant to Stipulation. The Minute Order from Aug. 19 notes that the stipulated agreement, agreed to by the city of Tracy and BBS Adventures, owner of the building, gave the owners until Aug. 18 to repair all code violations, “however the repairs are not all completed,” the order reads.

The city’s timeline for its follow-through on the order is unclear, and the owners are holding out hope that there is still a chance to save the building.

“The hearing, I thought that it was going to be a discussion between us and the city regarding what the next steps were, but we didn’t even have an opportunity to talk at all,” said Brandon Perry, one of the partners, along with his brother Shawn, in BBS Adventures. “The judge just said, ‘OK city, proceed,’ and I think the city’s objective at that point was to, as rapidly as possible, move forward with their objective to demolish the building.”

Perry added that BBS Adventures is ready and willing to comply with city requirements to repair the structure, which has stood on Central Avenue since November 1921.

“We currently have the building permit. We have the team of folks, the contractor, ready to go. We have ordered all equipment and building material to get the project done. It’s fully funded. We’ve paid our deposit,” Perry said.

“Now at the 11th hour the city is completely unwilling to allow us to have any sort of remedy to get the building back to the condition so we can move forward. The city has never once in our process said, ‘What can we do to help you?’ and actually made it achievable.”

It’s the latest episode in a back-and-forth process – which has been going on since 2008, when The Great Plate was a popular downtown bar and restaurant – between the city’s code enforcement division and the building owners. Problems at the time included cracks in the building’s unreinforced masonry walls, roof trusses as well as electrical code violations.

Jim Decker, who retired in February after 15 years as a city code enforcement officer and building inspector, said attempts to correct deficiencies in the building continued for the next eight years, with some problems repaired but others neglected, and new violations discovered during subsequent inspections.

“It was more or less two steps forward and two back it seemed for that building, because we’d get a little bit ahead and things would be doing well, and we’d come back for a follow up inspection and find more electrical hazards or plumbing that was done incorrectly, or little air conditioning units that were installed and condensation drains drilled through holes the walls and draining down the wall on the outside. Just constant problems,” Decker said.

Both sides agreed that there has been an ongoing back-and-forth over the building’s condition, with the conflict over which side is being reasonable in assessing the problems.

“Probably the biggest thing is, every time we would jump through their hoops and then there would be something else. It was never satisfactory for them, ever,” said Shawn Perry.

“It’s not like the building is falling down. It needs some upgrades and fixing but that doesn’t mean tear it down,” he added.

“To me it’s an eminent domain. They’re trying to force our hand to purchase our property at a lower price because it wouldn’t have a building on it anymore, because they want a parking structure or parking building. They’ve never even approached us about purchasing our property.”

“To me it’s just forcing our hand over the years by nitpicking it left and right.”

Brandon Perry added that the building owners also faced delays in getting plans approved after getting violation notices.

“We had asked the city of Tracy that we be allowed 90 days past the time that the building permit was issued, because that was reasonable. The city, rather than accepting that as being a reasonable accommodation, said ‘No,’” he said. “So, the 90 days that started ticking … moved very quickly because every time we went back to the city for a question or clarification they continued to say, ‘Let’s let our engineers, let’s let our team look at this.’”

Decker agreed that engineering plans for repairs regularly had to be revised or redone.

“Sometimes, to the best of my memories, their plans would have to go through plan check four or five times before they were correct, especially on structural things. It wasn’t typical that they would make it through plan check the first time.”

He added that workers were expected to stick with the details of the plans, but that often didn’t happen, and inspectors would often find work done that wasn’t even in the plans.

“Along with that, then the tenants would hire workmen that were basically unqualified for what they were doing, and have these people in there doing plumbing, electrical work, mechanical work, and when we came back the questions would be, ‘Where did this come from?’ ‘Well, my handyman put it in,’” Decker said. “We kept explaining to the tenants that you need licensed contractors to do this type of work.”

Finally, an inspection in March 2016, after the city received reports of a sloping floor in the north side of the building, revealed structural deficiencies that prompted the city to issue an order to vacate the building.

“We found a definite slope to the floor. We found out subsequently that there had been repairs done to the floor due to dry rot, but checking city records we found no permits for any of those repairs. That kind of repair would have required a building permit,” Decker said, adding that once the damaged floor was removed even more dry rot damage was revealed, among other things.

“While we were in bar area, we noticed one if not two footings, which would have been for posts that would have carried up to the second floor, supporting some of the second-floor structure,” Decker added. “Well, the posts were gone. The question came, where did the posts go and what was done to support the structure by taking them out? These were the kind of things in looking at the building that caused us to label it non-habitable at that point.”

Though the city is now authorized to demolish the building and send BBS Adventures the bill it’s still unclear when the city will actually take action.