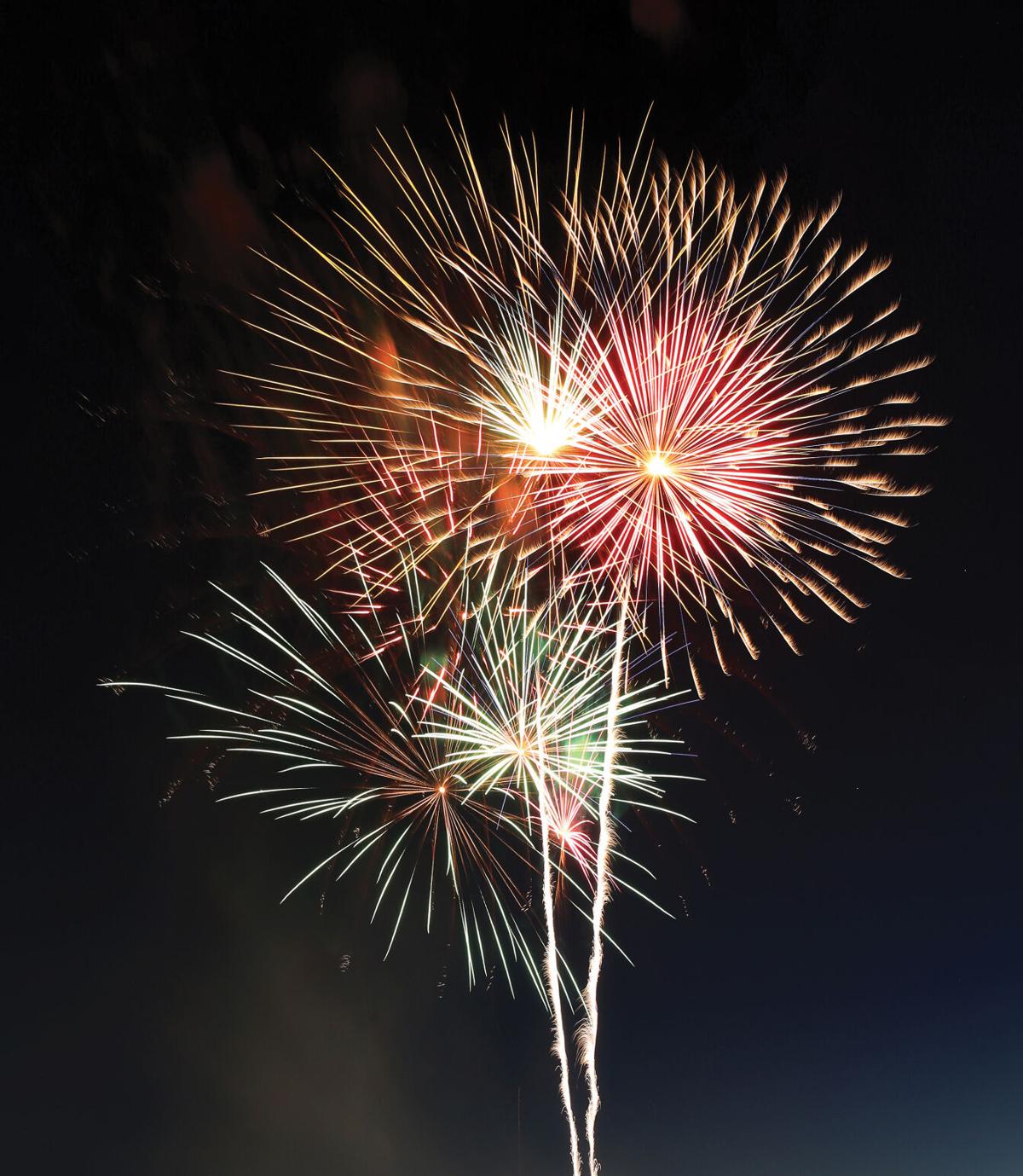 Fireworks were launched from the old Heinz factory during the 2020 Independence Day show. 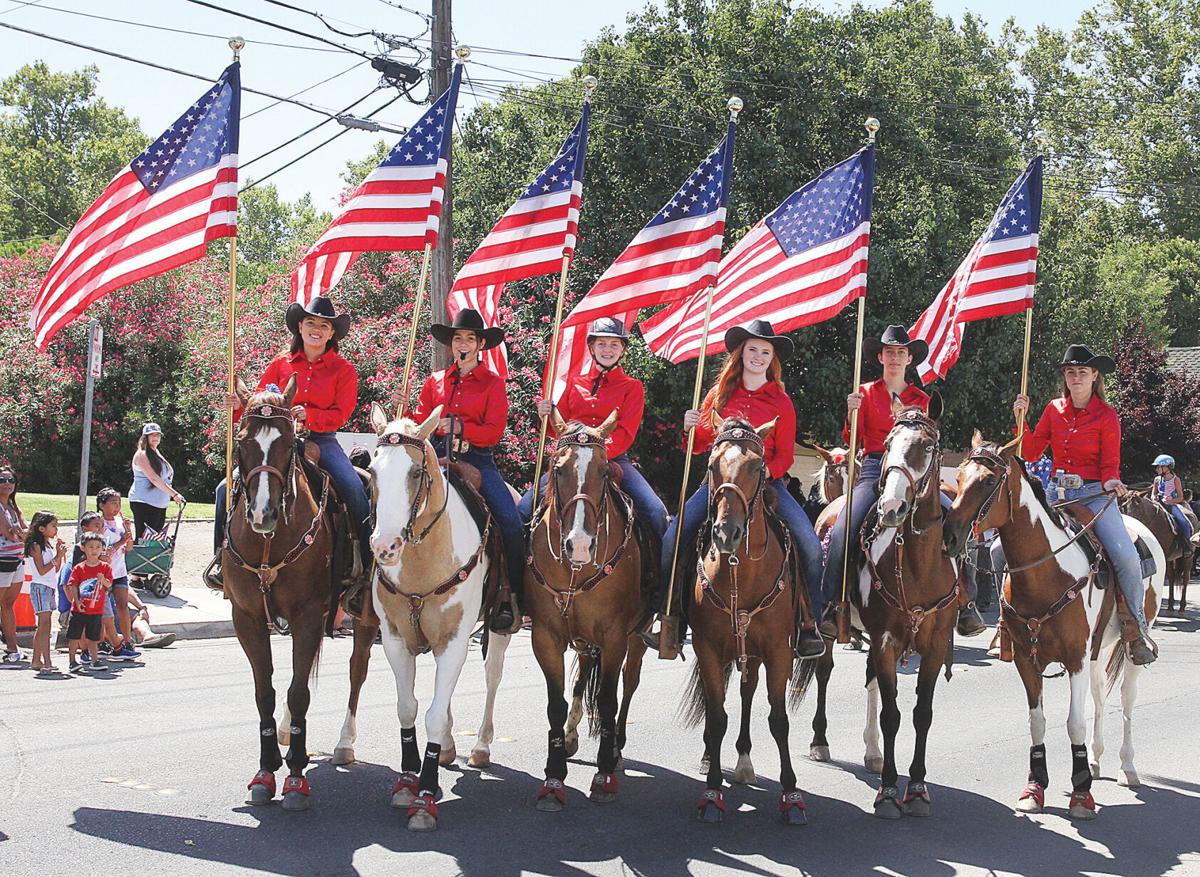 The Cavallo Riding Center’s parade entry pauses on Holly Drive on the way to Lincoln Park in Tracy’s 2019 Fourth of July parade. 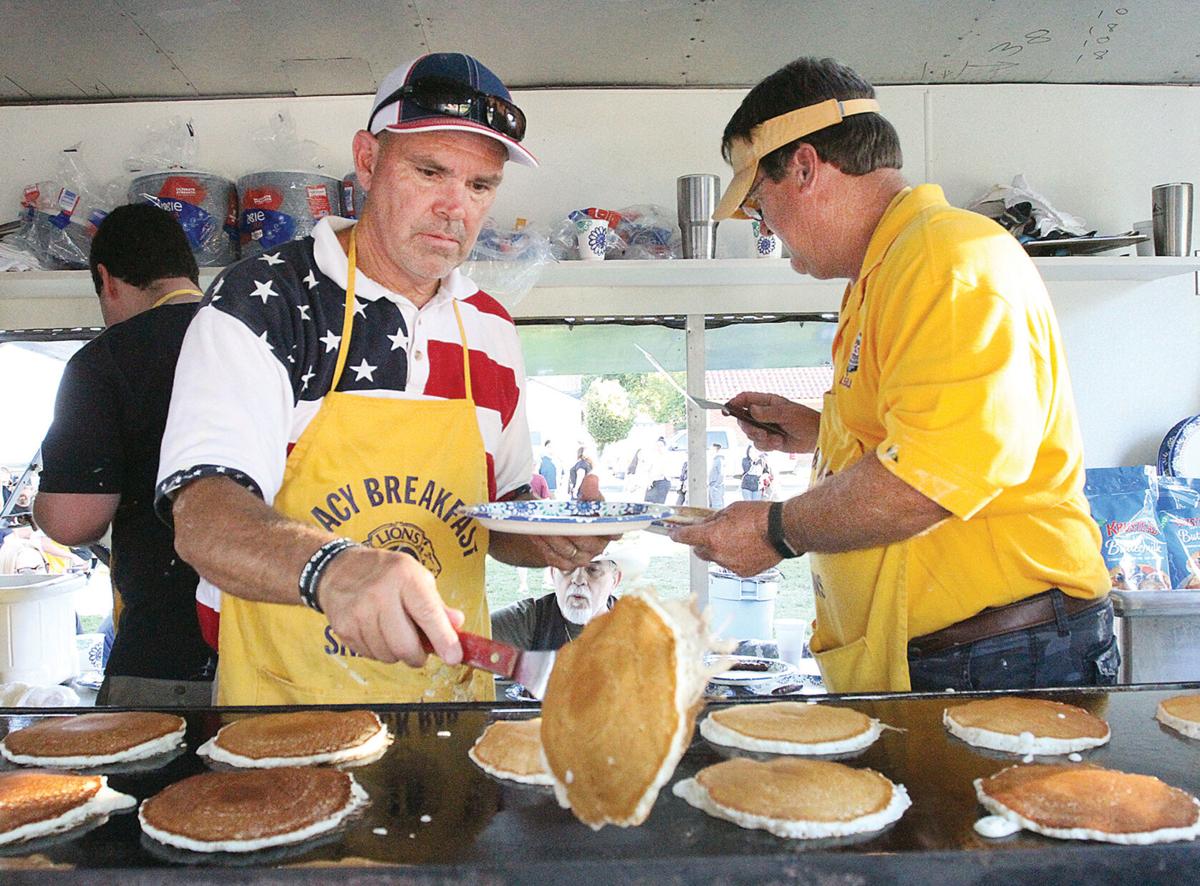 Ralph Andrade (left) and Ron Yerian cook pancakes during the annual Tracy Breakfast Lions Club pancake breakfast at the 2019 Fourth of July Day in the Park. 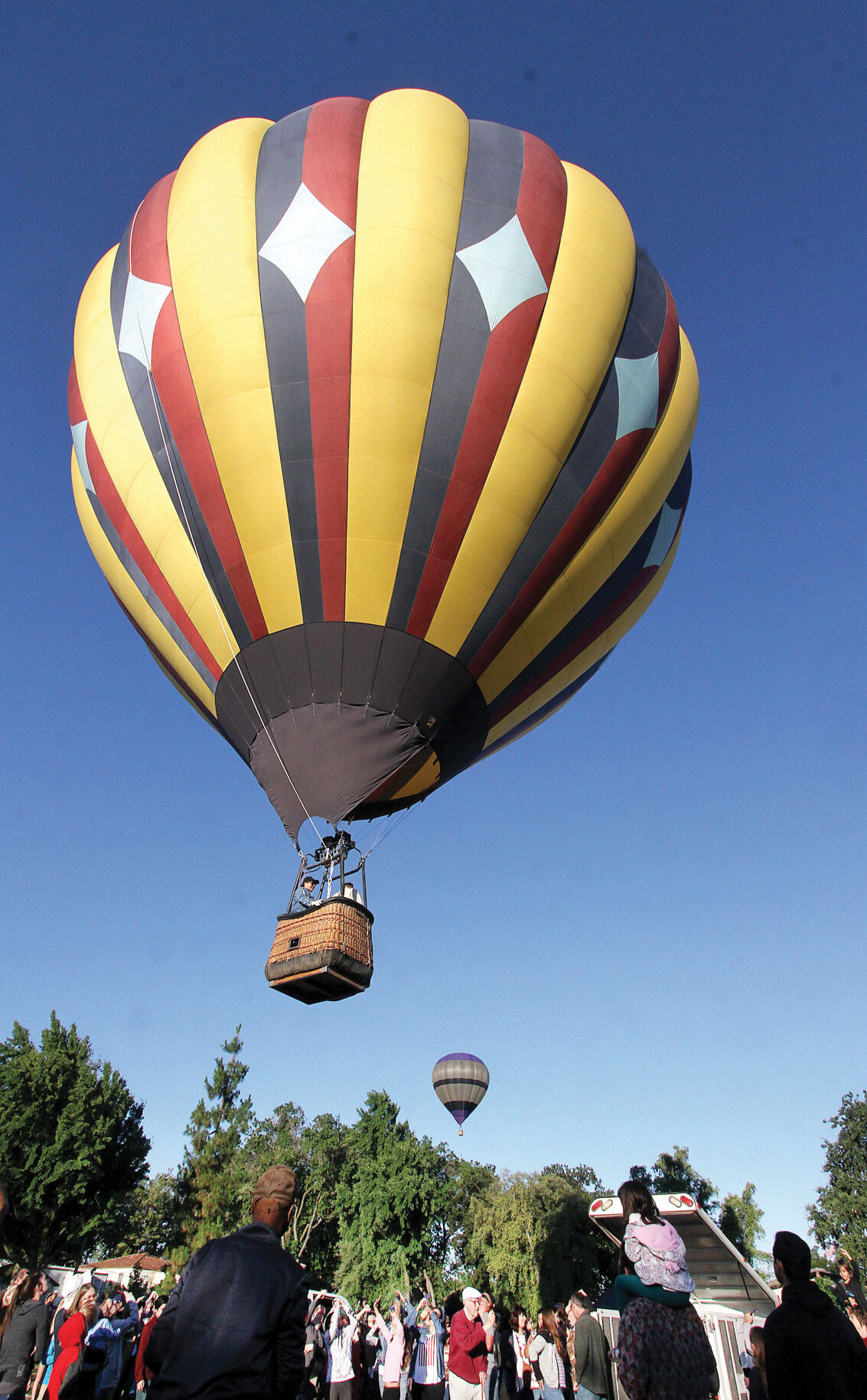 Fireworks were launched from the old Heinz factory during the 2020 Independence Day show.

The Cavallo Riding Center’s parade entry pauses on Holly Drive on the way to Lincoln Park in Tracy’s 2019 Fourth of July parade.

Ralph Andrade (left) and Ron Yerian cook pancakes during the annual Tracy Breakfast Lions Club pancake breakfast at the 2019 Fourth of July Day in the Park.

Tracy’s Fourth of July Day in the Park celebration returns after taking last year off because of the COVID-19 pandemic.

Tamra Spade, CEO of the Tracy Chamber of Commerce, said plans are underway to bring back a full day of festivities to Lincoln Park.

“We’re excited, we just want things to get back to somewhat normal and be able to celebrate and have some events and that’s what we’re looking forward to,” Spade said. “We are planning and hoping nothing comes between planning and actually having it. Right now, we’ve been told that they’re lifting the tiers in June so we’re going full forward.”

The chamber hosts the annual Independence Day celebration, which begins at dawn with a balloon launch and the Tracy Breakfast Lions pancake breakfast.

“We’ve been talking to them and they’re excited about coming out and doing the pancake breakfast,” Spade said.

The annual Fourth of July parade returns and will make its way to the park starting from the Tracy Transit Station on Sixth Street.

The parade is schedule to begin at 10 a.m. heading down Central Avenue to Holly Drive and ending at the park where vendors and entertainment are planned.

“We’re having vendors back so right now we’re soliciting vendors to come in. Also, our fun and games and kids rides will be back, so just our pretty normal what we’ve been doing in the past years,” Spade said.

The chamber is still in the planning stages but hopes to have music, entertainment and community performances for people to enjoy at the park.

“I think people are ready to go out and have a good time, I know vendors are ready to come out so hopefully you’ll see more vendors this year than in the past and some more fun things,” Spade said.

National, state and county guidelines for the Fourth of July haven’t been released yet and the chamber continues to work on plans as they wait for the guidance.

“We just started planning because we just weren’t sure what was going to happen,” Spade said.

As of right now she hopes people will follow social distancing rules while enjoying the holiday events.

“Just for safety purposes I think we’ll all try to continue to do that to make people feel comfortable,” Spade said. “With a lot of people getting their vaccinations, I don’t know what’s going to happen. We’re still a couple of months out but we’re planning as if it is going to be a normal year for us.”

On Tuesday, the Centers for Disease Control and Prevention released updated guidance for mask wearing, stating fully vaccinated people can participate in outdoor activities and recreation without a mask outdoors, except in certain crowded situations and venues.

“I’m sure people will be wearing masks and will ask them to be considerate of others and wear masks while they’re out there and social distance.” Spade said.

The July Fourth celebration ends with a fireworks show launching from the old Heinz plant next to Tracy High on 11th Street.

As of this time Spade said they have not gotten approval to use the bleachers at Tracy High’s Wayne Schneider Stadium for people to watch the pyrotechnics show and residents will have to find an alternative area to watch the approximately 20-minute-long show.

“You can be in the park or watch them from your backyard or wherever. Last year we did increase the height of the fireworks a little bit so they would go up higher so more people could see them, and we plan on doing the same thing this year,” Spade said.

People or organizations wanting to participate in the Fourth of July parade can contact the chamber at 835-2131 or visit the chamber office at 223 W. 10th Street from 9 a.m. to 4 p.m. Monday through Thursday for a parade application. The form will also be on the chamber website at www.tracychamber.org.