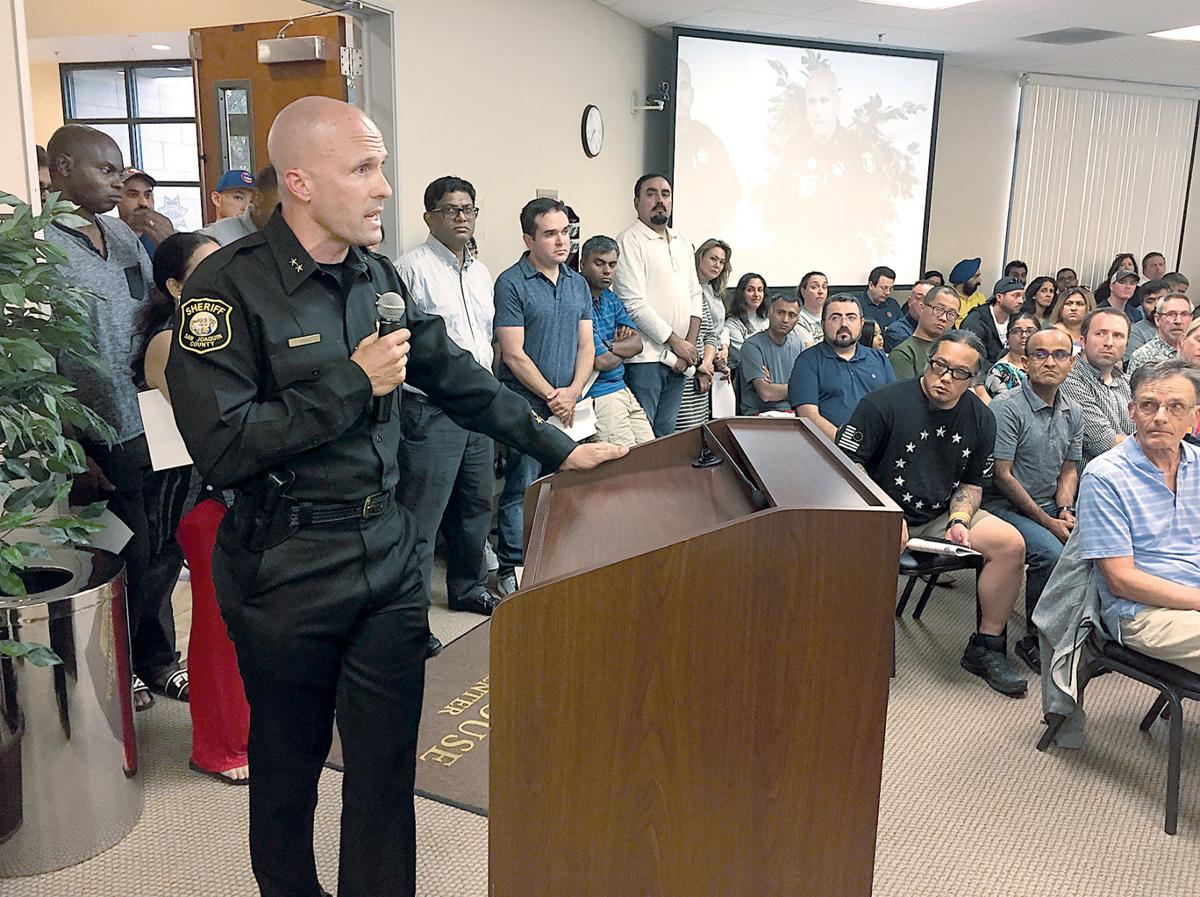 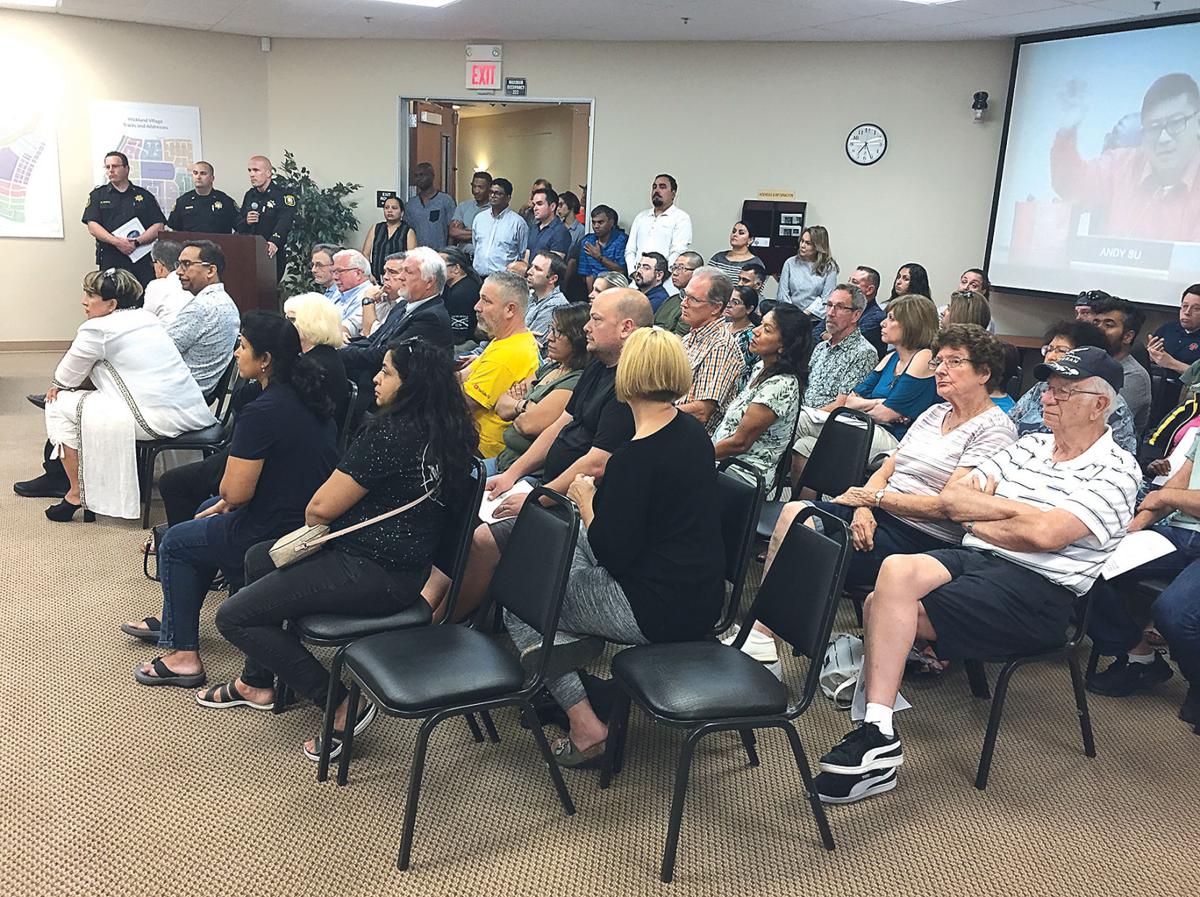 Now that Mountain House is facing a sharp reduction in deputies on local patrols, the community’s governing board is scrambling to find solutions that could bring some type of police protection to the community.

During a four-hour emergency meeting Wednesday, the Mountain House Community Services District board of directors took residents’ comments on a range of solutions, including more security cameras around town and private security guards to fill the roles of sheriff’s office deputies who were reassigned this week to general patrol duties around San Joaquin County.

So far, what the CSD board and administrators have learned is that Mountain House and the San Joaquin County Sheriff’s Office are bound to a 2004 contract that requires the department to provide two deputies for duties exclusive to Mountain House. Any deputies assigned to the community beyond that had been provided by subsequent agreements with the county board of supervisors, which don’t hold the same weight as the 2004 contract.

“Why did we not do a new agreement? Why are we giving and they’re just taking, and they can just fall back on a contract?” said one resident.

Board president Daniel Harrison said the board was surprised that the later agreements did not have the same authority as the 2004 contract.

“I was under the impression that we did have a contract, and that was the first thing I asked, was why are they breaching the contract? And then it was explained that it wasn’t really a contract. It was an addendum-to,” he said.

District General Manager Steven Pinkerton said that previous general managers did what they could to increase staffing, but they apparently didn’t feel it necessary to draft a new contract.

“I wasn’t here, but I can tell you that during that time, that there was always that good-faith understanding that if you read the contract, that they would be giving us at a minimum the level of service consistent with our population,” he said.

Pinkerton also explained to the board that the best options, such as the district creating its own police department, were long-term projects that would take two or three years to accomplish.

In the short term, the board unanimously authorized Pinkerton to spend up to $50,000 to hire private security guards, though the district’s assistant general counsel, Rachel Hundley, cautioned that the guards could watch over district facilities and take an observe-and-report role, but they would not have the same authority to patrol the streets as police officers and deputies have.

Representatives of the sheriff’s office, including Assistant Sheriff for Operations Matt Lenzi, assured the board that the department would continue to serve the Mountain House community.

“We’re going to continue to give you all of the support from the detective division at no cost, the SWAT team, HNT (Hostage Negotiation Team), EOD (Explosive Ordnance Detection), our communications center, our records division, our evidence room — any special operations that happen in Mountain House, you will not be billed for,” Lenzi said. “The only thing you’ll pay for is the two deputies that you have right now in Mountain House. We’re going to make sure everything else is covered until we can get through this staffing crisis.”

In his first month on the job as the top administrator for Mountain House, Steven Pinkerton didn’t expect to have a public safety crisis dropp…

Field Services Lt. Joe Petrino emphasized that the department had other methods of policing a community aside from deputies on patrol, including the volunteers who make up the Sheriff’s Team of Active Retired Seniors.

“I have STARS, I have cadets. I have a lot of information, and we’re happy to sit down and strategize with you on this topic in the meantime,” he said. “We are not walking away from you and saying, hey, two cops, figure it out. We’re here to help with the process and work through it together.”

“I was under the impression that we did have a contract, and that was the first thing I asked, was why are they breaching the contract? And then it was explained that it wasn’t really a contract. It was an addendum-to.”

“We are not walking away from you and saying, hey, two cops, figure it out. We’re here to help with the process and work through it together.”

Mountain House is still scrambling to establish a long-term police presence in the town of 22,000, but people will see patrol cars around the clock.