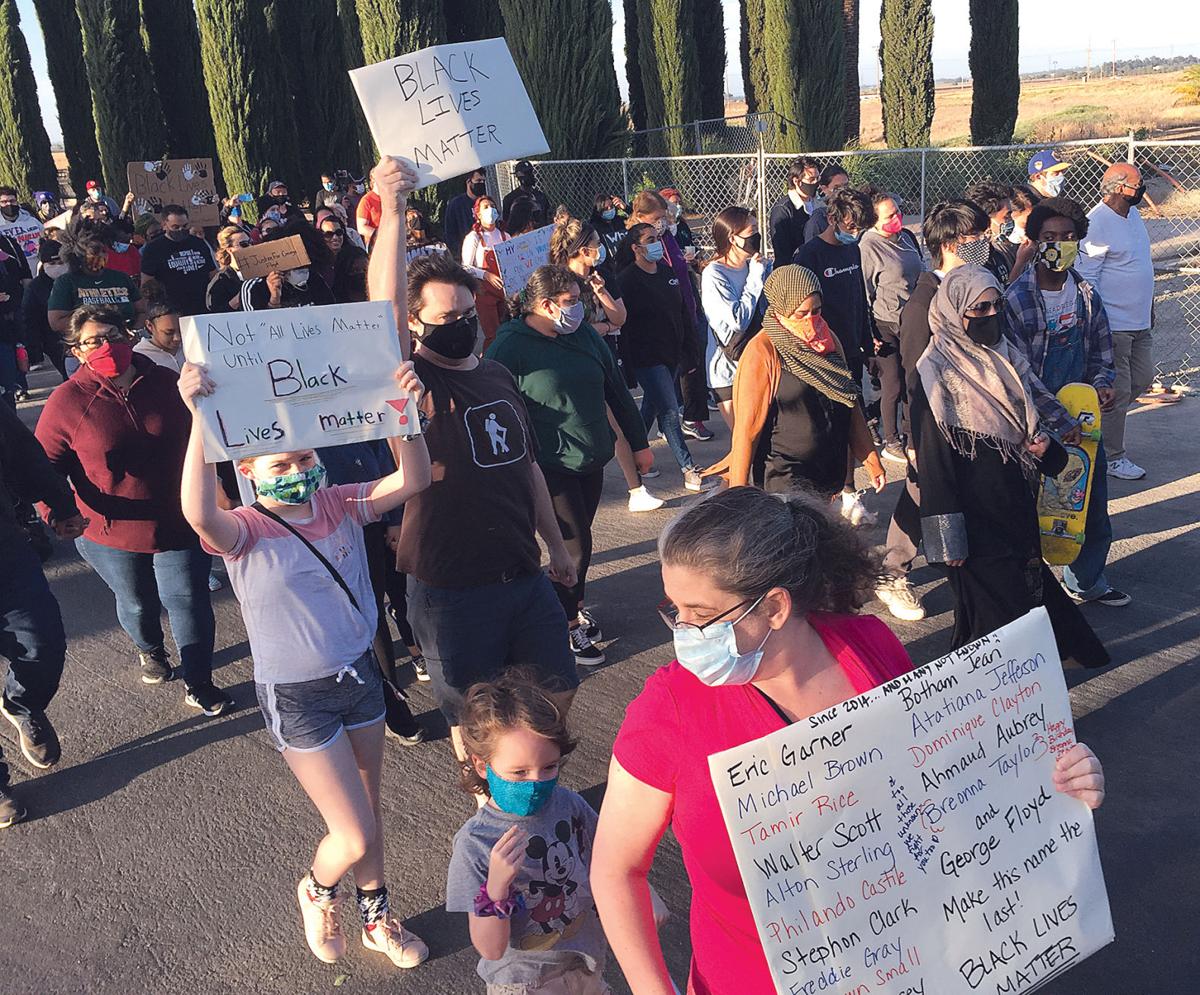 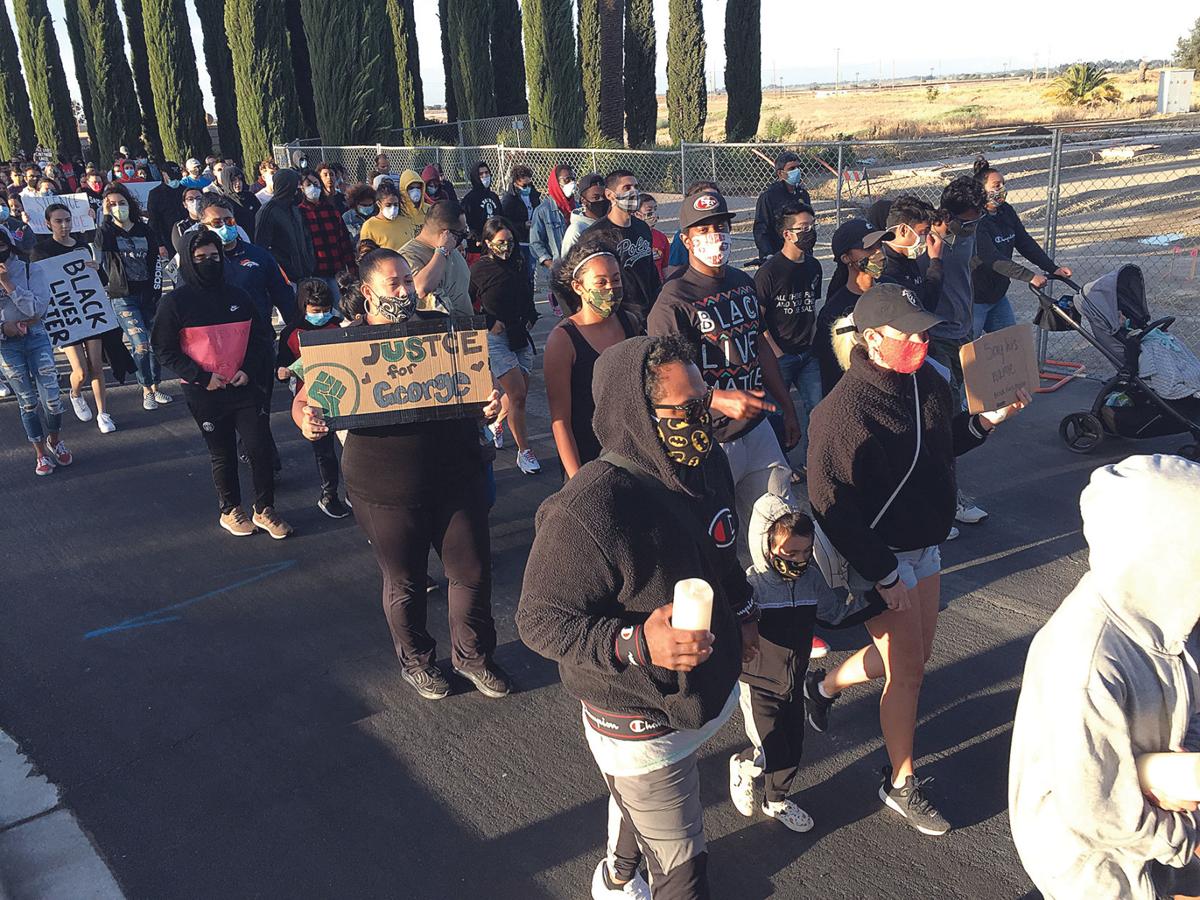 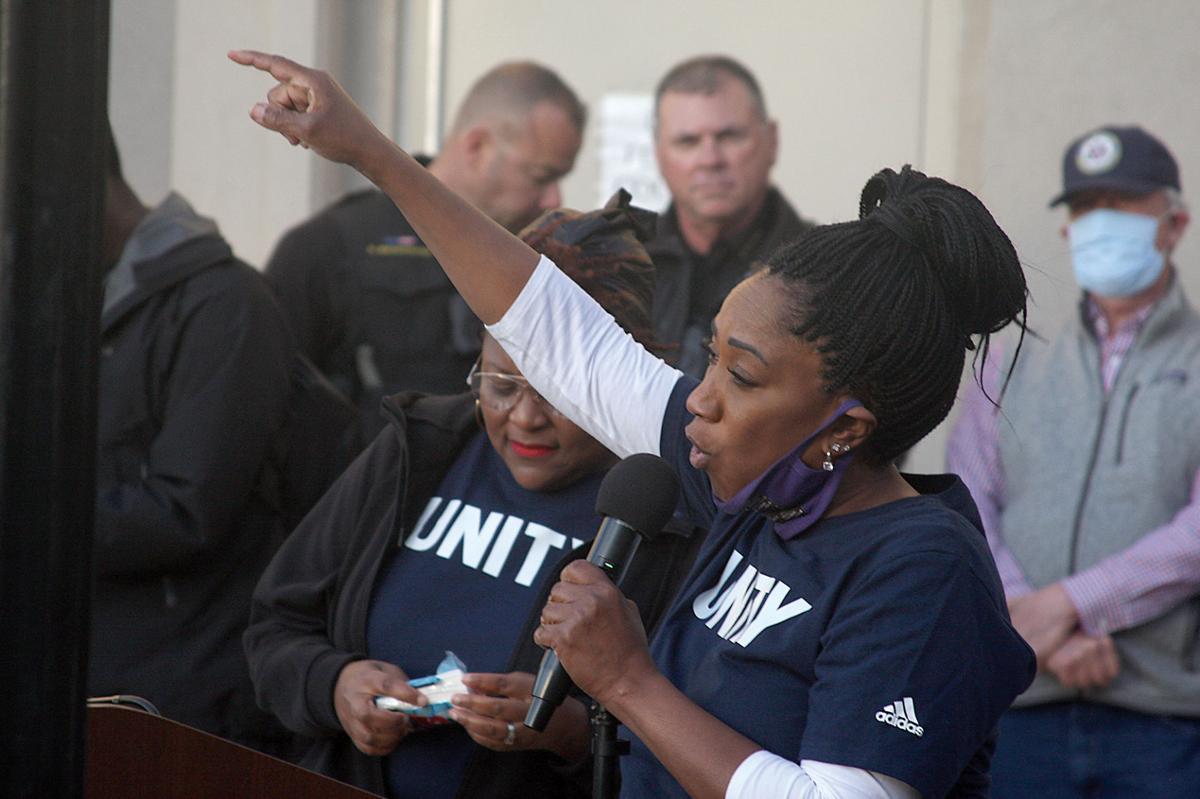 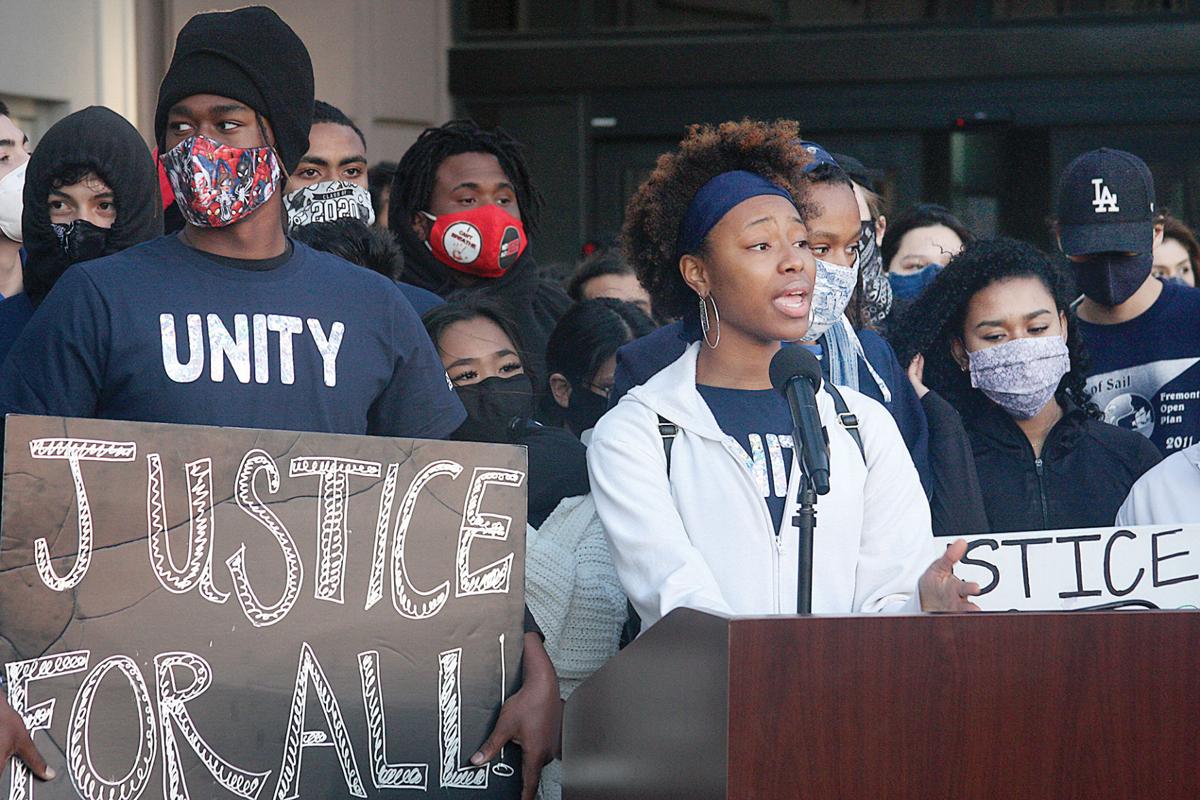 Nyila Johnson, at microphone, speaks on behalf of the Mountain House Youth Action Committee at a unity walk and vigil at Mountain House Town Hall on Friday. 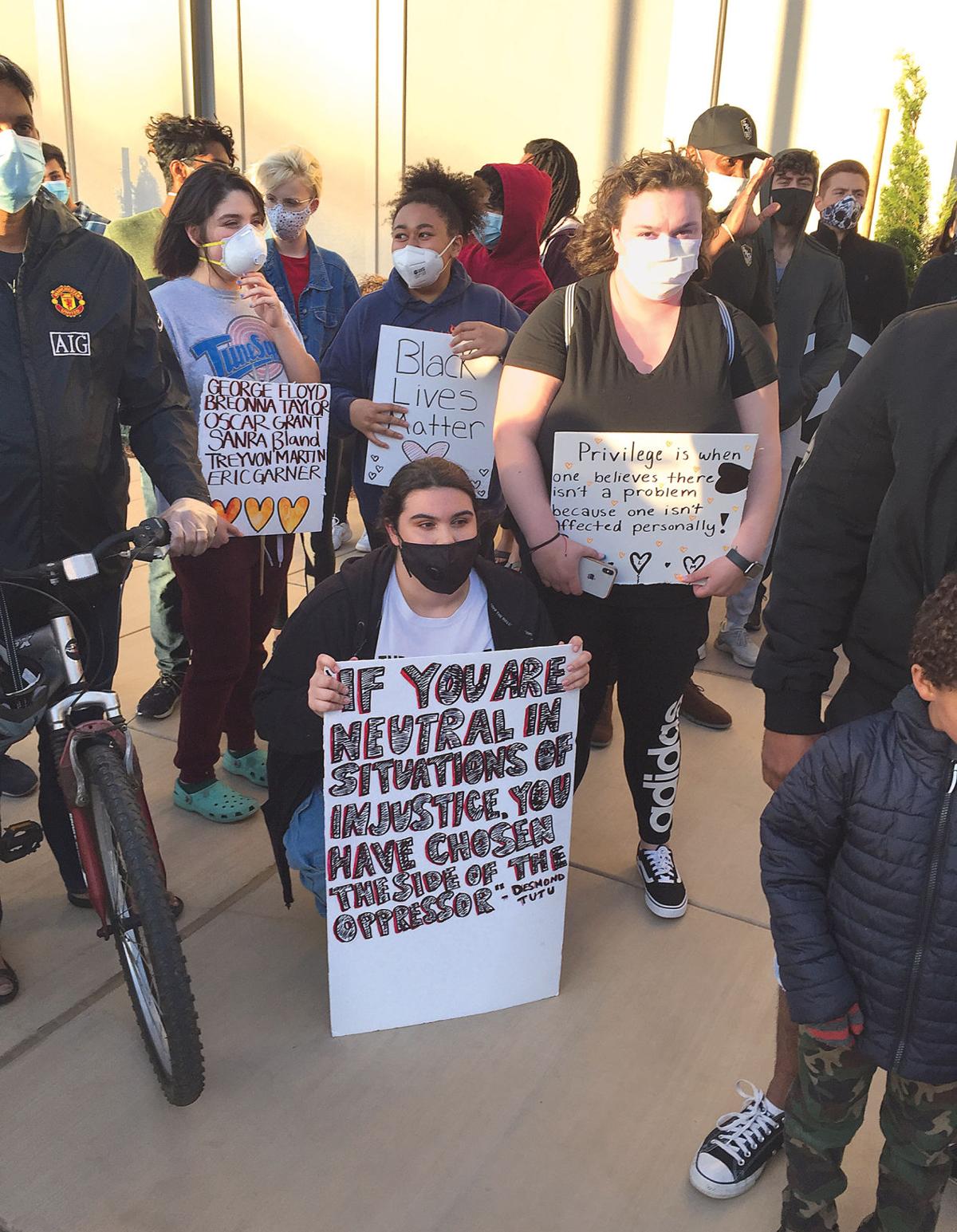 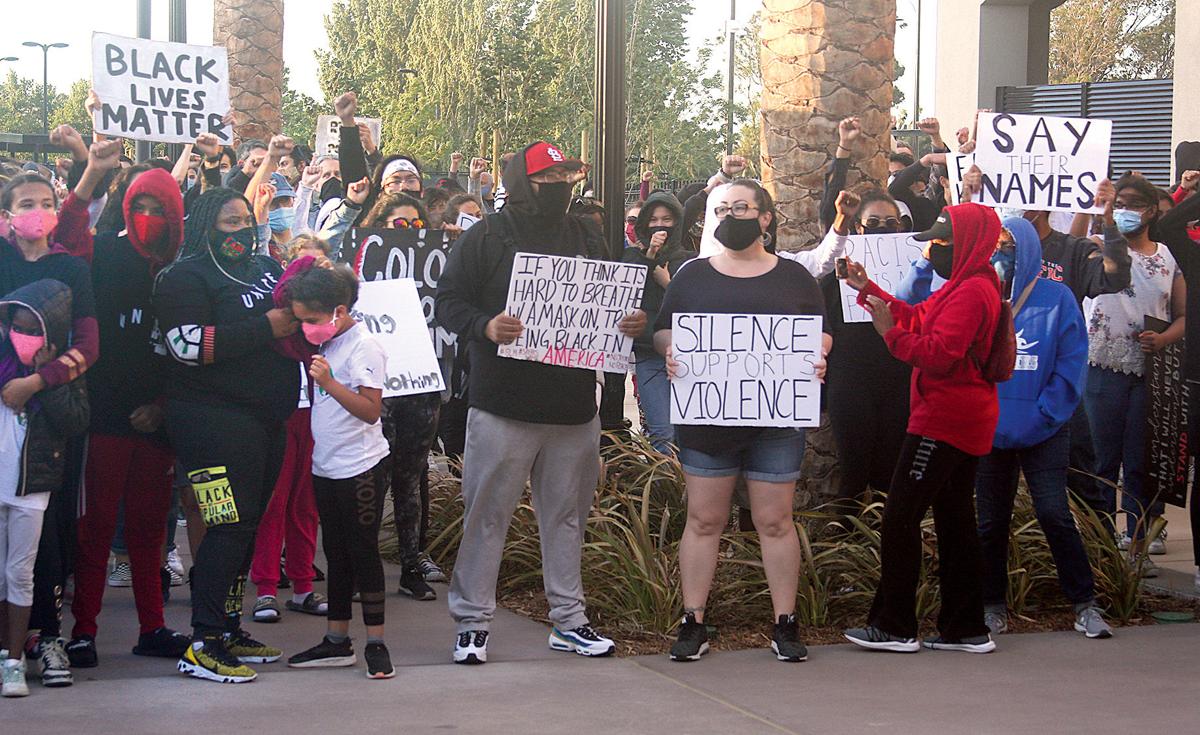 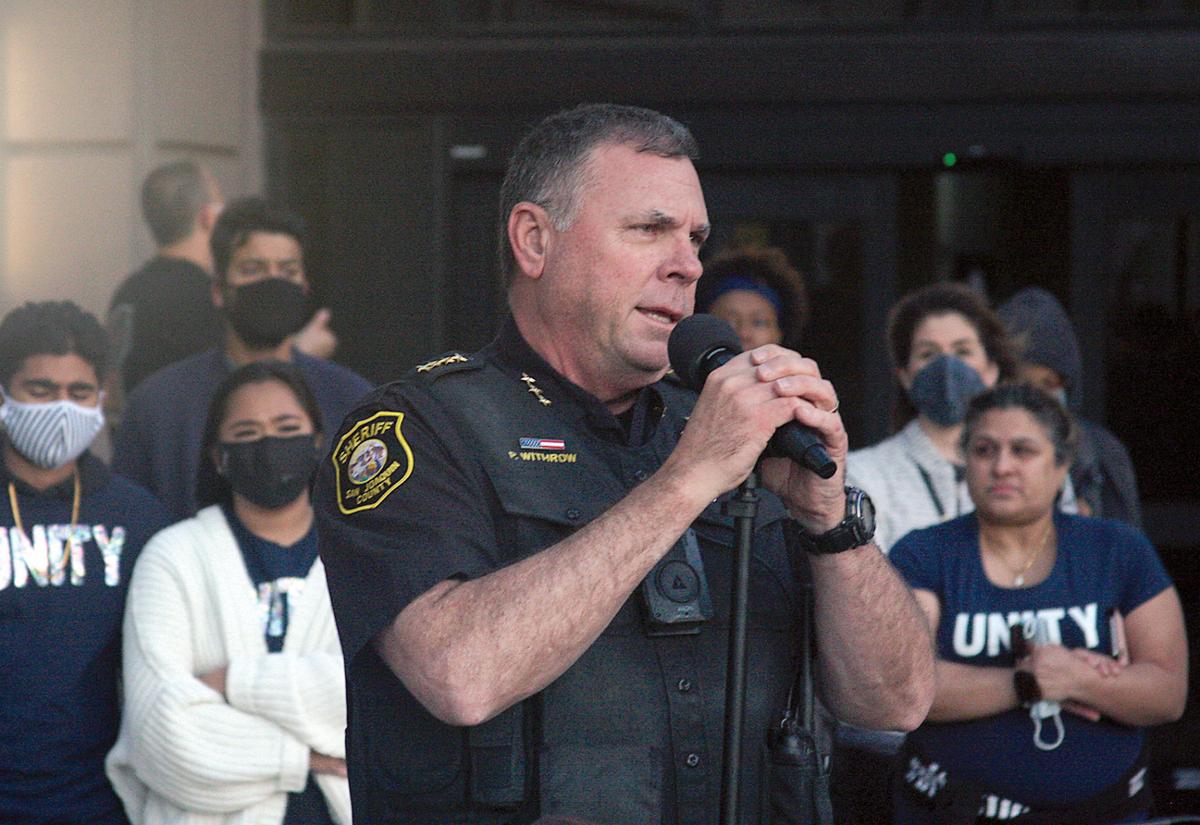 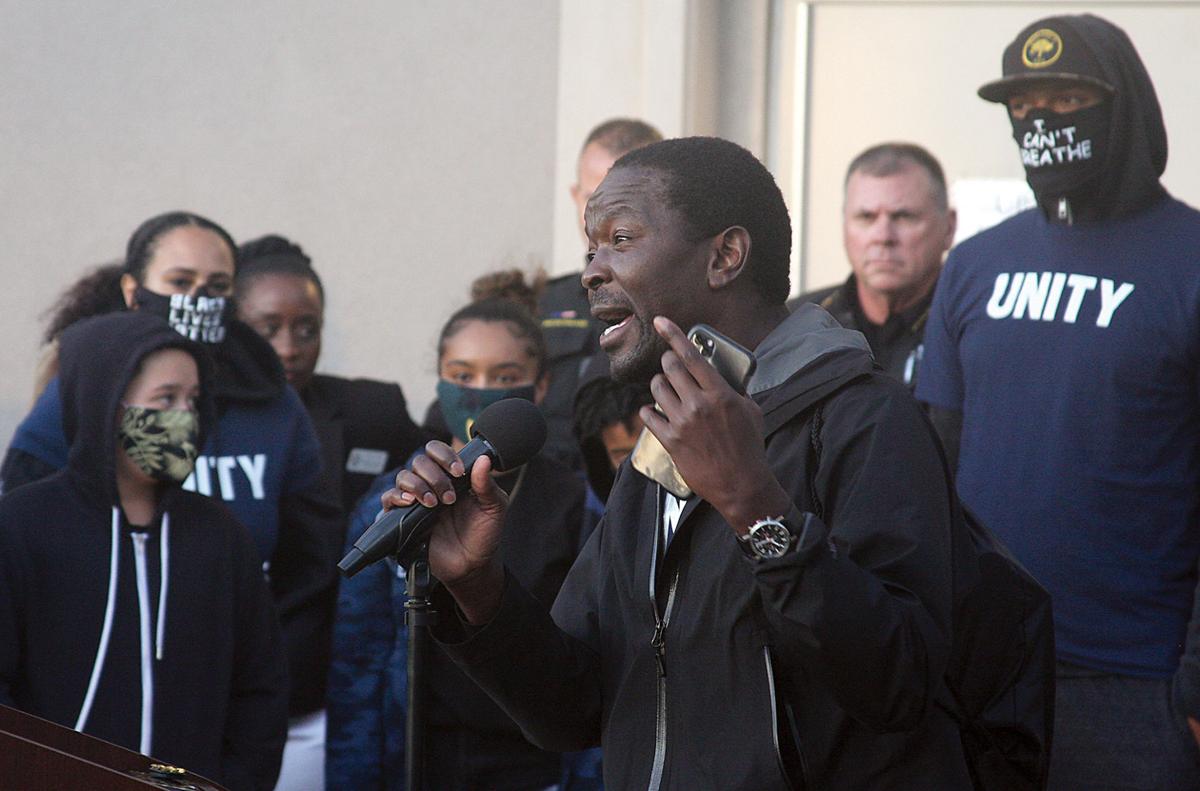 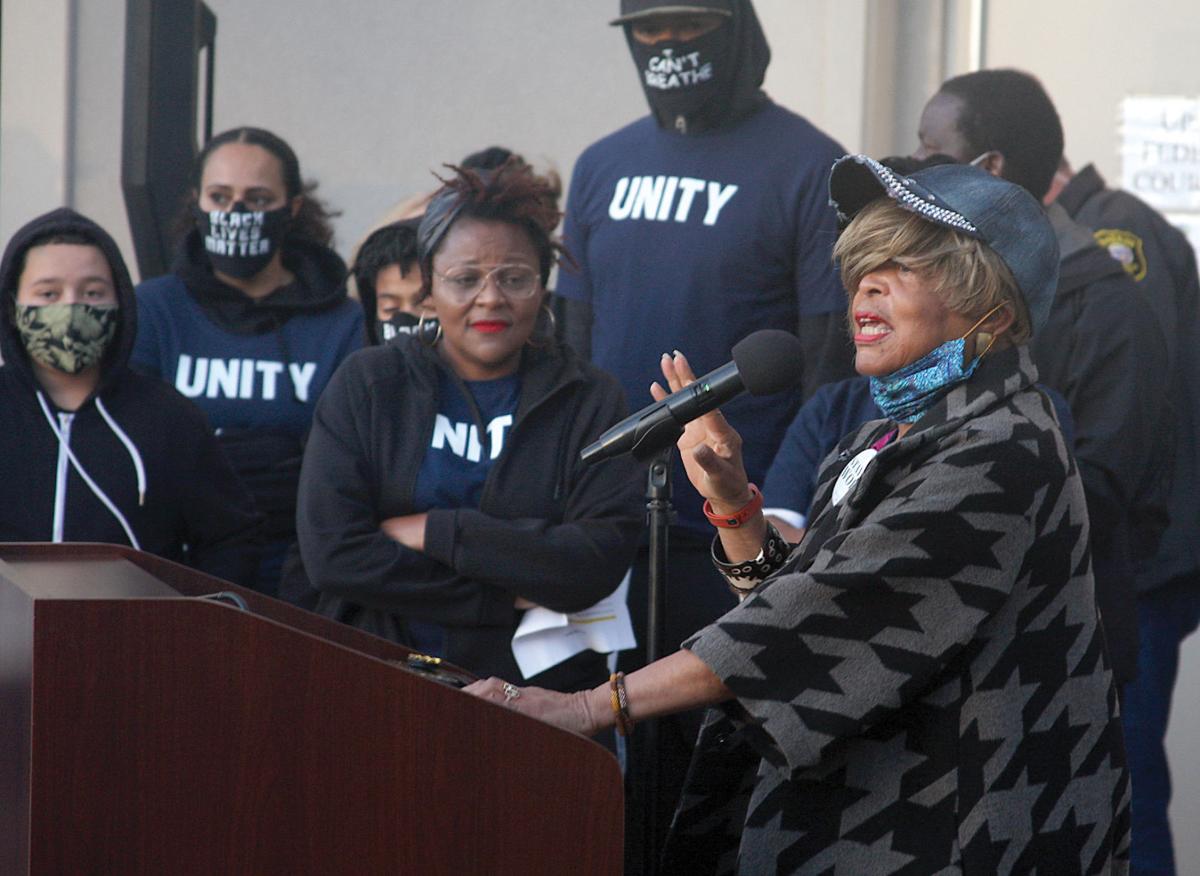 Bernice King Tingle, president of the Mountain House Community Services District Board of Directors, speaks during the unity walk and vigil at Mountain House Town Hall on Friday. 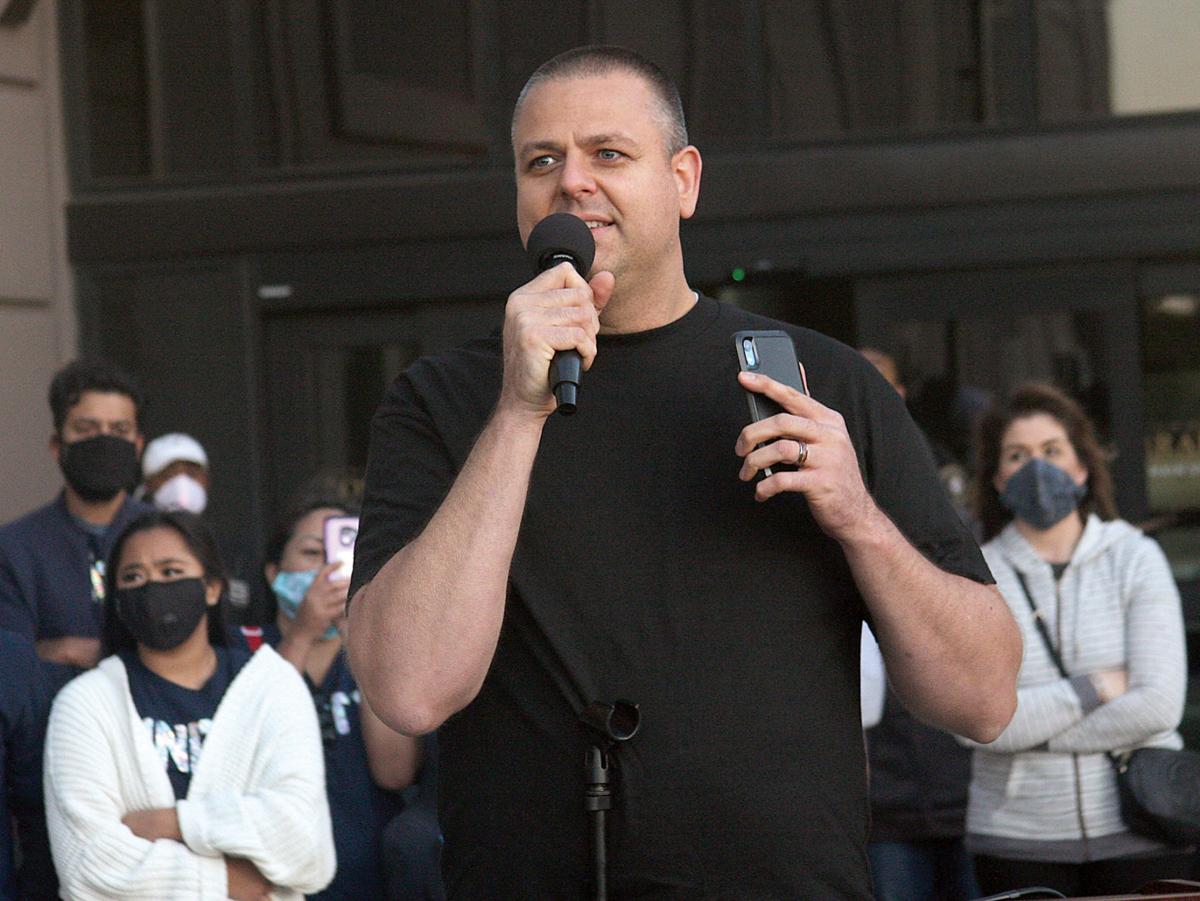 Bernice King Tingle, president of the Mountain House Community Services District Board of Directors, speaks during the unity walk and vigil at Mountain House Town Hall on Friday.

The Mountain House community heard many voices promoting a new path toward justice for all on Friday during the town’s Community Unity Walk and Vigil.

The march started at Central Community Park, progressed down Central Parkway, and ended up at Mountain House Town Hall, where more than 300 marchers gathered for about an hour to hear their neighbors and local political leaders state that black people’s lives matter and denounce racism and the police practices that caused the death of George Floyd in Minneapolis on May 25.

The overwhelming message was a call to build a society without racism. Organizers Ronna Green and T’Gia Clay invited members of the Mountain House community, as well as government and political leaders, to weigh in on where they stood amid widespread protests in the aftermath of Floyd’s death.

“Unless a seed is planted, there can be no growth. George Floyd was the seed that had to be planted, but we are the ones who will water that seed and allow that seed to grow and allow change to come to our community, to our nation. We will stand up for righteousness and for peace.”

Green added that it was up to individual communities to gather in the spirit of mutual respect to keep the discussion going.

“We’re not here to silence anybody. We’re here to talk,” she said. “We’re here to have a conversation, but we’re not here to continue a fight amongst ourselves. I refuse to allow us to be divided as a community any longer. It’s a fact that racism exists in Mountain House, and anybody that believes it doesn’t, stop lying. This is not Pleasantville. It exists, and we have to get out of our little bubble and tell the truth: It exists.”

Bernice King Tingle, president of the Mountain House Community Services District board, told the crowd that the first step was to change attitudes and behavior toward those from other ethnic and cultural backgrounds.

“In essence, get to know your neighbor. Get to know the people around you. We have to value difference. We’re a very diverse community and diversity is value,” she said, adding that each generation sets the example for the next.

“Young people mirror, they learn from what they see and what’s around them and what they observe. Racism is a learned behavior. As older adults, we have to watch the message that we are giving. This is a rise to consciousness, and we all need to keep hold of it.”

Mountain House resident Washington Osiro urged people to look around them in the crowd at Town Hall and see the faces of those who will build a multicultural society.

“The future is never scary. It is scary for folks that don’t want to change. So I’ll do all that I can to help my brothers and my sisters move along with me toward the future, toward this colorful future that I’m talking about, but ultimately it’s going to be up to them,” Osiro said.

“They’re going to have to make a choice, whether they want to change, adopt a new face of the United States, resist or get left behind. I personally want to move them together with me.”

Nyila Johnson, a 2020 graduate of Mountain House High School, spoke on behalf of the Mountain House Youth Action Committee. She said the recent deaths of Floyd and other people of color — she mentioned Ahmaud Arbery, a Georgia man who was shot to death while jogging after two men assumed he was a burglary suspect, and Breonna Taylor, whom police shot to death in her home in Louisville, Kentucky — sparked anger but also a need for change in how people perceive each other.

“So why don’t we, as a community of young people, take it to the next level? How do we do that? We create,” Johnson said.

Mountain House High Principal Ben Fobert said that, with overwhelming evidence of racism in society, he believes that as an educator it is his responsibility to make a statement and take a stand.

“What will I do as a human being? I’m going to use the influence I have at the high school and in this community and in my family, to acquire the academic, social and emotional skills needed to support positive communication, critical thinking, citizenship and character,” he said.

“I will teach your children the importance of using their voices and influence to abandon attitudes of discrimination and prejudice.”

Sheriff Patrick Withrow made a statement on behalf of his department, including his reaction to a video that shows Minneapolis police officer Derek Chauvin pinning Floyd under his knee for nearly 9 minutes.

“We all watched what happened to Mr. Floyd, and I’m so sorry that this happened again, and it’s happened by a man in uniform,” Withrow said. “I can tell you that every person in uniform who is caring and loving was disgusted by what they saw and will not stand for what they saw, and we are united with you to make a difference.”

Withrow added that the video and the country’s reaction were a call for law enforcement agencies across the country to change the ways they police their communities.

“I am committed as the leader of our department to make sure that every single one of our law enforcement officers at the San Joaquin County Sheriff’s Office will treat everyone with kindness and as a human being with respect,” he said.

“Please stay involved with this. We can’t let this fade away until it happens again. We’re doing everything we can in our department to make sure that we stay the course, treat people with respect and honor, work hard for you so you can be safe and keep our community safe.

Marching for justice and change

EDITOR, A few days ago I went grocery shopping. I was perplexed on why our local Safeway store had its storefront windows covered with plywood.

EDITOR, We know your blood type and/or preexisting health conditions put you at risk of dying from the novel coronavirus.