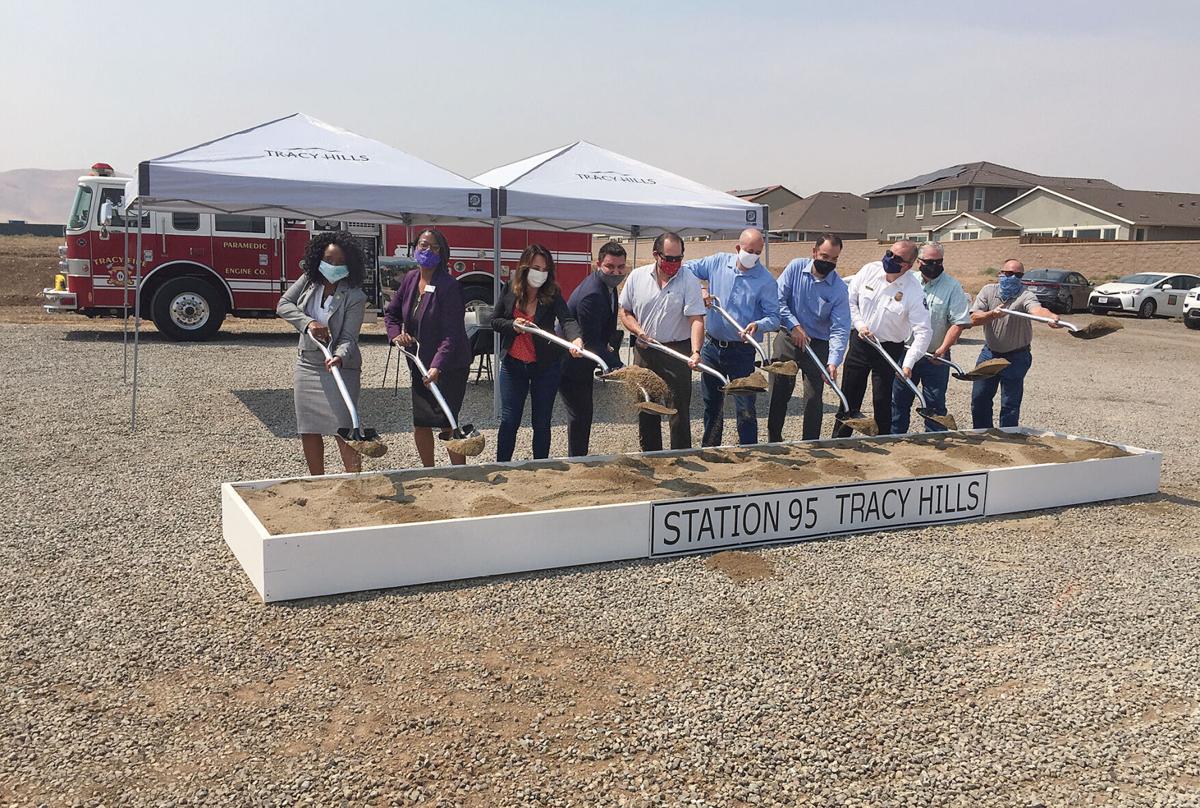 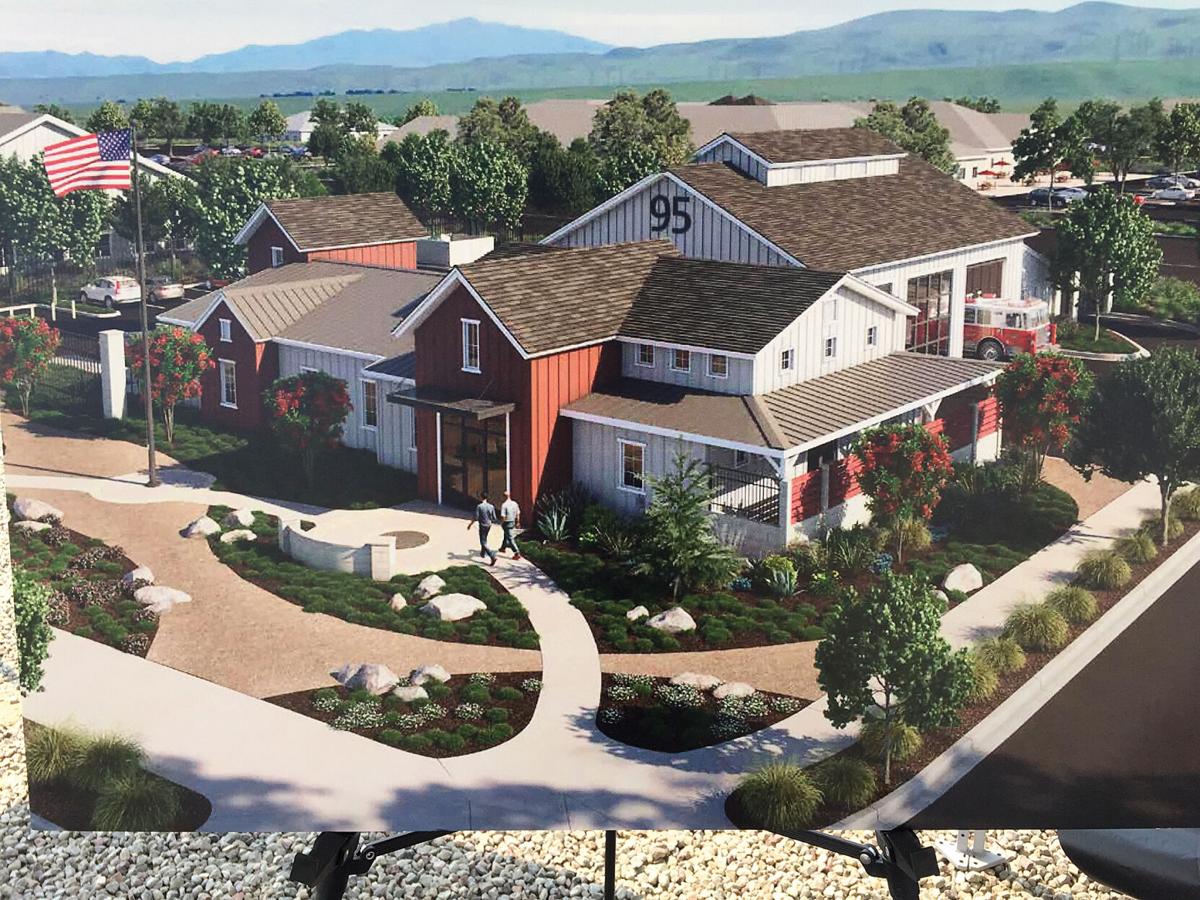 An architect’s illustration shows how South San Joaquin County Fire Authority Station 95 will look when it is completed next year.

An architect’s illustration shows how South San Joaquin County Fire Authority Station 95 will look when it is completed next year.

Tracy’s newest fire station will begin construction this week at the entrance of the Tracy Hills development.

The Tracy City Council was joined by members of the Tracy Rural County Fire Protection District for a groundbreaking ceremony Wednesday, commemorating the start of construction for the $6.6 million station.

The city and the rural district entered into a joint powers agreement 20 years ago to create the South San Joaquin County Fire Authority, the agency that serves as Tracy’s fire department and the Tracy Rural Fire Protection District’s department. The fire authority board of directors includes Tracy Councilwoman Rhodesia Ransom, who serves as the JPA board chair, with Mayor Robert Rickman and Tracy Rural district members Pete Reece and John Muniz.

Fire authority Chief Randall Bradley said that while the fire authority hasn’t added stations over the past 20 years, it has improved its efficiency by replacing old stations with new stations. There were seven stations across the city and rural district in 2000, and the Tracy Hills station, Station 95, brings the number of stations back up to seven.

“As we go to the southwest areas, we understood that we absolutely needed another fire station,” Bradley said.

The station in Tracy Hills falls under the jurisdiction of the rural district, but that won’t matter when it comes time for local firefighters to respond to emergencies.

“We treat it as one big fire department and we operate as a single entity, and we don’t recognize governmental boundaries when it comes to emergency response,” he said.

Mike Souza, one of the project managers for Tracy Hills, said the developer is building the $5.5 million station at the corner of Tracy Hills Drive and Criseldo Mina Avenue as part of a development agreement with the city. The city is putting up an additional $1.1 million for equipment costs.

Souza said the building is designed to fit in with the style of the development’s welcome center and a new school planned for the area. Tracy Hills put the project out for a competitive bidding process and awarded the contract to local general contractor Dennis Alegre, and construction will begin right away.

“We literally will be moving dirt Monday,” Souza said. “Dennis has promised us we’ll have firefighters living here within a year.”