Downtown shoppers may now use the RAD card as a payment option at the over 40 participating retailers in downtown Tracy. 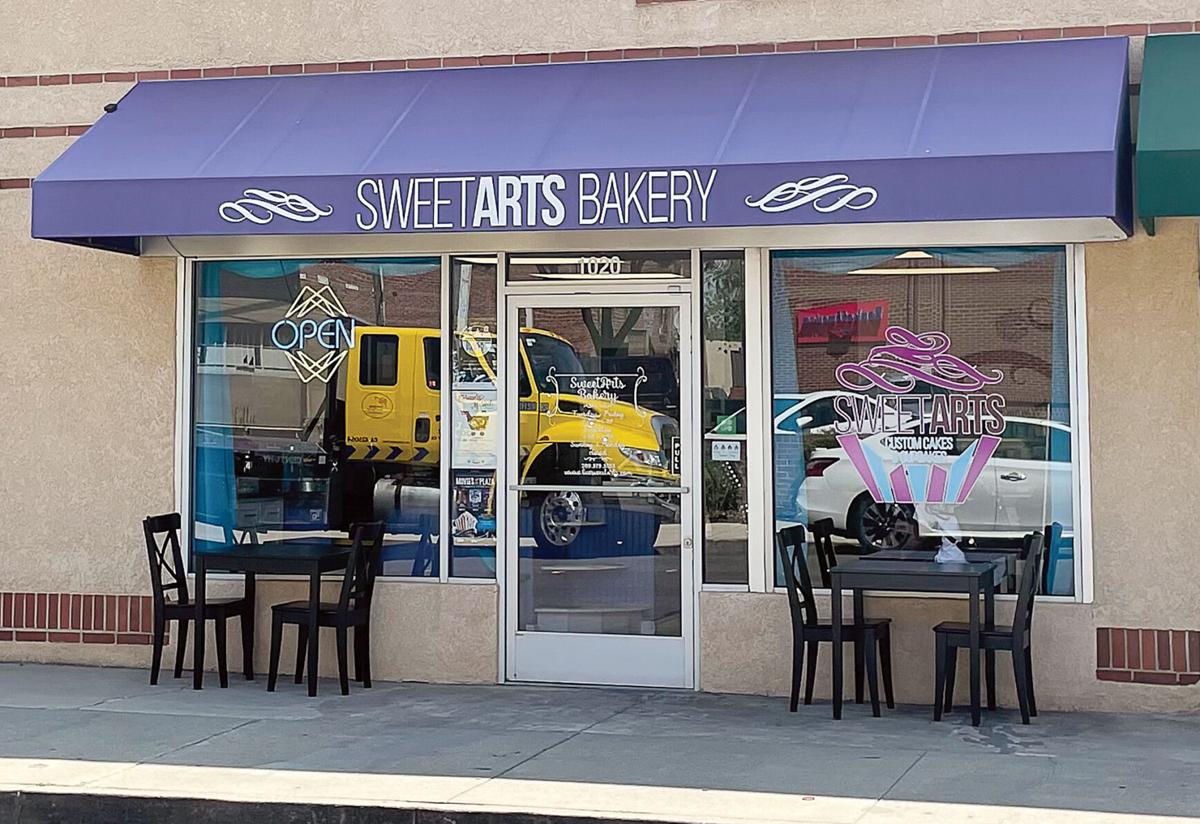 SweetArts Bakery is now one of the over 40 Tracy businesses accepting RAD Card as a payment option for its customers. 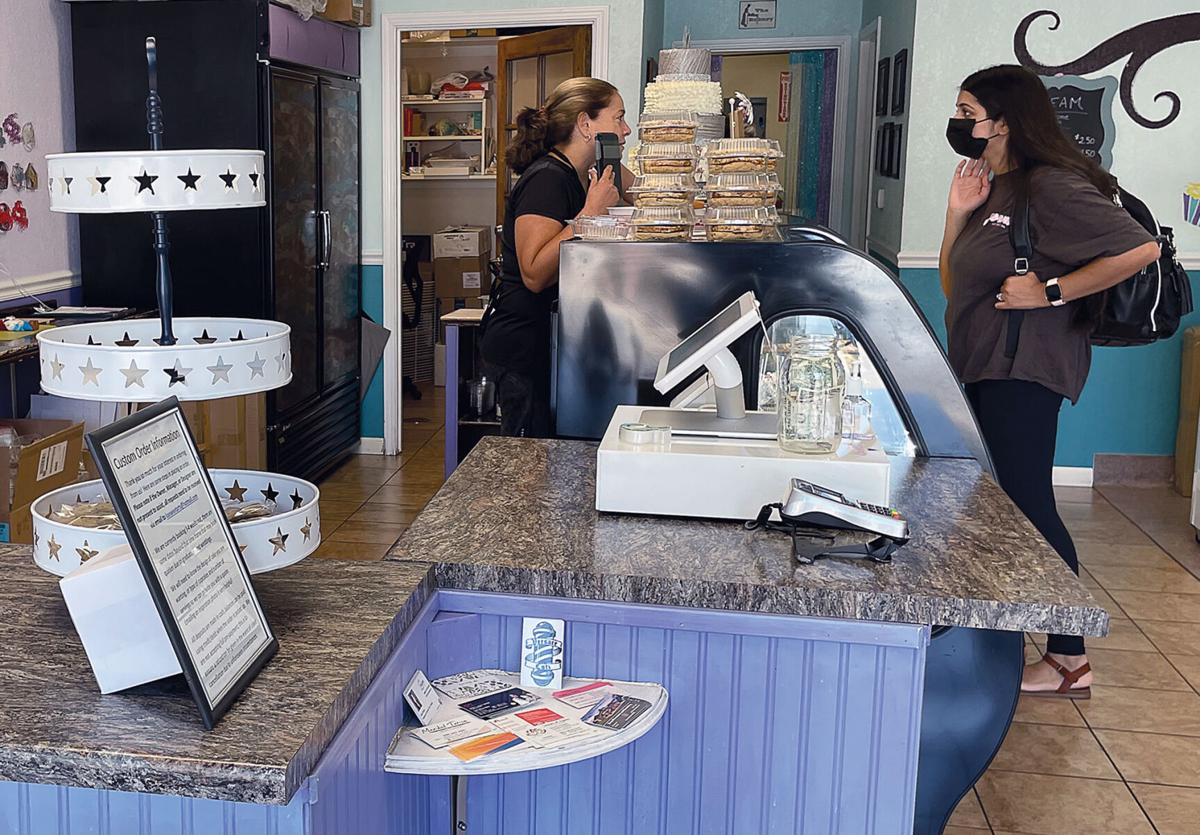 SweetArts Bakery employee takes an order from a customer on Wednesday. 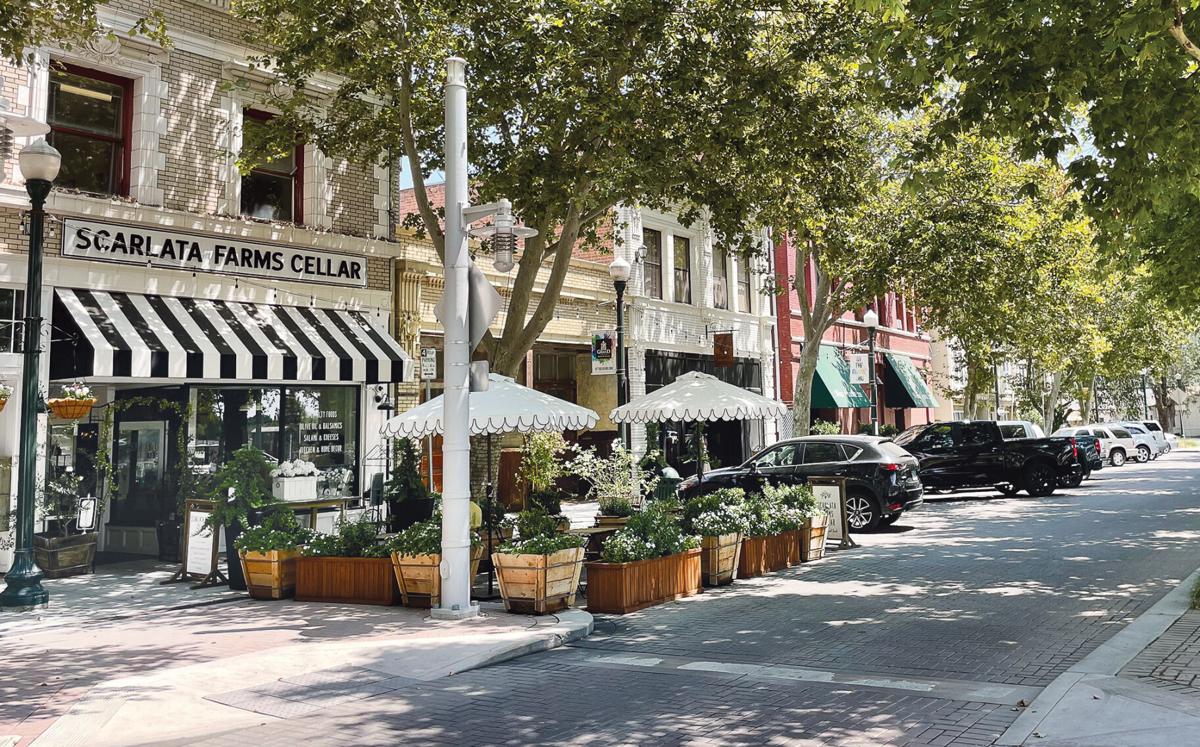 Scarletta Farms Cellar and Elaines’ Boutique are two of the over 40 downtown business that now accept RAD Card as a payment method from customers.

Downtown shoppers may now use the RAD card as a payment option at the over 40 participating retailers in downtown Tracy.

SweetArts Bakery is now one of the over 40 Tracy businesses accepting RAD Card as a payment option for its customers.

SweetArts Bakery employee takes an order from a customer on Wednesday.

Scarletta Farms Cellar and Elaines’ Boutique are two of the over 40 downtown business that now accept RAD Card as a payment method from customers.

Tracy residents may support their favorite downtown restaurants, retailers and personal care services in a new way with the Relief Across Downtown Card (RAD Card).

RAD Card is a gift card app dedicated to small, locally-owned businesses in and around the Tracy downtown area. RAD Card users may load their RAD Card in increments of $25, $50, $75 and $100. RAD Card provides an opportunity for card holders to double their money in value and get matched dollar-for-dollar.

This is a contact-free and mobile experience for Tracy residents to use. The gift card program stretches the value of a dollar while not requiring any fees.

Due to limited economic relief funds and donors, RAD Card will only match up to $100.

“This new program provides important and needed assistance to our local businesses by allowing residents of San Joaquin County to support their preferred merchants and aid them in recovering from the COVID-19 pandemic,” stated Supervisor Tom Patti, Chairman of the San Joaquin County Board of Supervisors in a news release. “I hope all of our residents take advantage of this program and help to give back to our small businesses that have suffered tremendously through this historical challenge.”

“We received $137,000 from the county and if everybody participates in using that money, we’re putting back about $300,000 into our community,” Spade said, adding that the Tracy Chamber of Commerce also received $10,000 from a local donor for the RAD Card program.

“It’s benefiting the consumer because it’s giving them more money to play with,” Spade said.

Spade said the Tracy Chamber of Commerce partnered with the City of Tracy to mail letters to the small businesses that meet the criteria.

“We went after the (businesses) that were most hit by COVID-19,” Spade said, adding that they are focusing on mom-and-pop retail stores, restaurants and personal care services.

Dino Margaros, executive director of the Tracy City Center Association, said RAD Card is a great program because it gets money back into the local small business economy.

“Doubling their money is a way to get people to spend their money,” Margaros said. “It’s an incentive to kind of loosen up purse strings and get the money running through the economy.”

Spade encourages Tracy residents to select Tracy as the designated area when signing up because RAD Card permits only one city to make purchases from. This is due in part to the federal funds being allocated to each jurisdiction.

RAD Card is available to download in the App Store and Google Play. Once downloaded, users select the jurisdiction to utilize the card in. RAD Card holders may purchase in increments of $25, $50, $75 or up to $100. When the card is loaded, card holders simply show the QR code to participating businesses and the funds will be deducted from the account.

The Downtown Modesto Partnership originally created RAD Card as a way to aid downtown Modesto businesses; however, the program expanded to 18 cities spanning from Stanislaus County, the entire City of Modesto and now San Joaquin County.

“We have almost 40 businesses that are participating right now and it's growing every day,” Spade said.

Fry said since teaming up with RAD Card, her business currently receives one to two RAD Card transactions per day.

“I haven’t had a high volume of merchant transactions with the RAD Card,” she said.

Fry said customers were under the impression that they would always get matched dollar-for-dollar however there is a $100 donor match limit.

Despite the confusion, other customers were enthusiastic when they saw SweetArts Bakery as one of the many businesses participating in the RAD Card program, Fry said.

According to RAD Card’s website, businesses participating report that revenue is now up to 80% due to RAD Card sales. RAD Card is a new way to benefit both consumers and businesses during these unprecedented times for the economy and public health.

To ensure RAD Card will continue after receiving limited funds from the government, Spade said the Tracy Chamber of Commerce will seek out sponsors and donors for future funding of the program.

Businesses in Tracy that wish to participate in the RAD Card program may contact Tracy Chamber of Commerce CEO Tamra Spade tspade@tracychamber.org to learn more about eligibility and instructions to sign up.

To stay up to date about businesses participating visit https://www.theradcard.com/tracy.