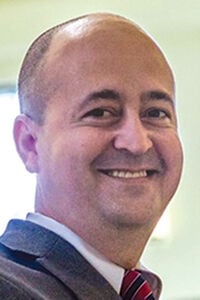 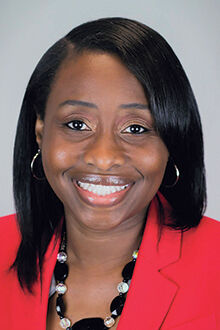 Tracy Mayor Robert Rickman has won the race for the vacant Fifth District seat on the San Joaquin County Board of Supervisors, defeating Tracy Councilwoman Rhodesia Ransom by a slim margin after the final ballots were counted this week.

Rickman’s lead was big enough that on Thursday morning he released a statement declaring victory in the race. In the statement, Rickman said that his lead had steadily increased with each incremental vote count over the last couple of weeks.

“This last month is truly a testament that every vote counts,” Rickman said. “I am proud of the countless volunteers, friends and donors who helped lead our team to victory with unwavering dedication and integrity.”

“As the next District 5 Supervisor, I look forward to continuing my decades-long service to my community and those throughout San Joaquin County.”

Ransom posted a statement on her Facebook page on Thursday night acknowledging the final result and thanking her supporters.

“We got heartbreakingly close ... just 710 votes of 67,650 votes cast (49.48%) from electing proven no-nonsense leadership. Yet - we should hold our heads high,” her statement reads. “We did everything we could to end the status quo and uplift our community. Because of you and your tremendous support, and with your time, donations and love, we surged to a head-to-head contest where we left it all on the line.”

San Joaquin County Registrar of Voters Melinda Dubroff said that in a race so close the result could not be declared official until the results were certified on Thursday. She expected to certify the results of the election no later than 9 p.m. on Thursday.

Dubroff said the difference of 4,630 between ballots cast and votes counted in the supervisor race would be mostly in “undervotes,” where voters don’t mark a choice for county supervisor and leave that space on their ballots blank.

Ransom led the vote count in early results on Nov. 4, the day after the election, leading with 17,554 votes (52.83%) compared to Rickman’s 15,761 votes (47.17%), but that would be only about half of the vote. Rickman got most of the votes on Election Day, and most of the votes from voter service centers, but the vast majority of the voters cast their ballots by mail, and those early results favored Ransom.

Two weeks later the total count favored Rickman and he has held a slim lead as the elections office continues to count small batches of late mail-in ballots. Ransom still holds a slight advantage in mail-in ballots, but it’s not enough to compensate for the votes Rickman received at voter service centers and on Election Day.

The only other race to change since the initial Election Day tally is the California State Assembly 13th District. County Supervisor Kathy Miller held the lead at first, but local businessman Carlos Villapudua took the lead two weeks later and has held it ever since. He has 83,746 votes (51.58%) compared to 78,609 votes (48.42%) for Miller.

Other local races look mostly the same as they did on the day after Election Day. Nancy Young was the top choice among Tracy voters to become the city’s new mayor. She had 12,635 votes (34.85%), with Councilman Dan Arriola the closest challenger with 10,745 votes (29.64%).

Measure Y, which would have provided exemptions from the city’s growth management ordinance for transit-oriented development, failed, with 19,155 voters (54.59%) opposed.