Starting at
$52.00 for 365 days
Get Started
View all rates
You have permission to edit this article.
Edit
Welcome, Guest
Celebrate Tracy
News
Voice
Our Town
Sports
Datebook
Obituaries
Advertising
Classifieds
Special Sections
1 of 6 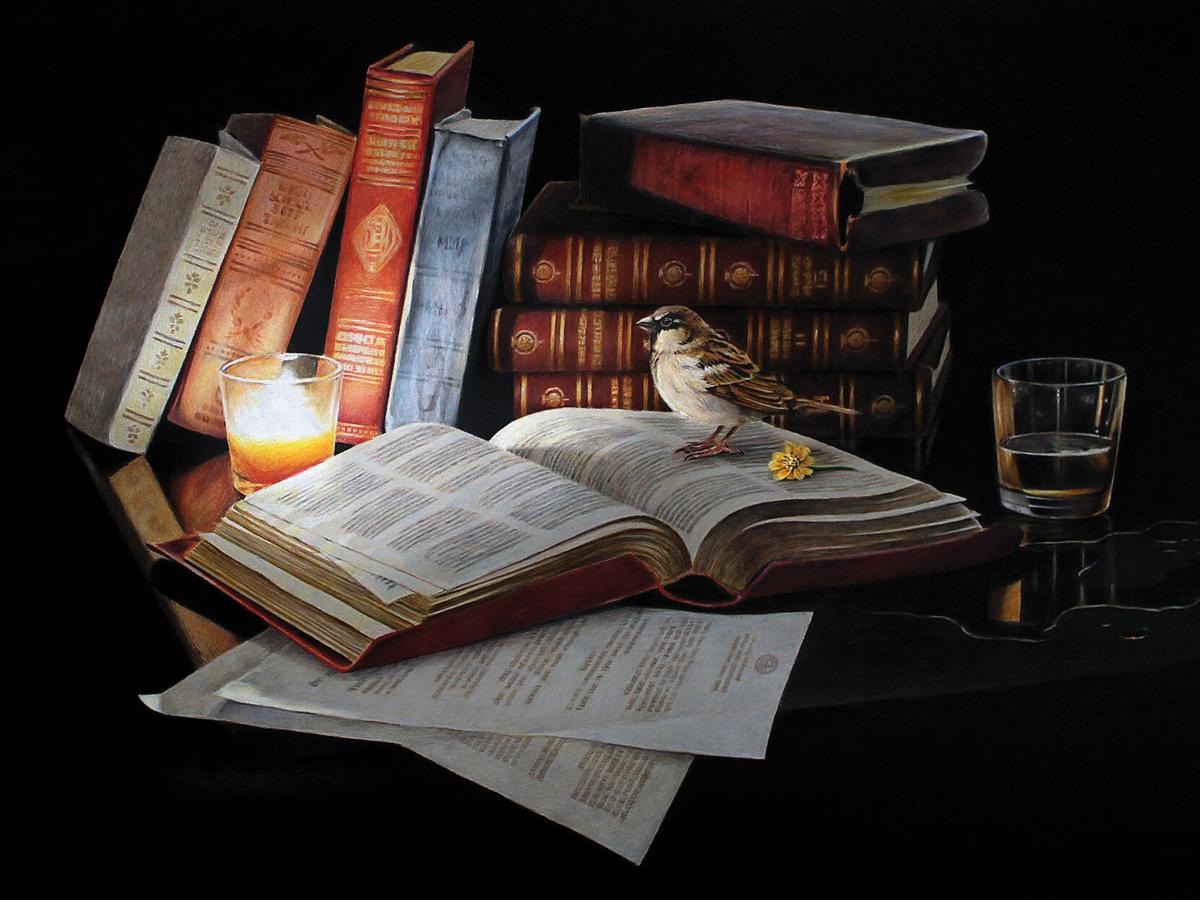 “Even the Sparrow,” a drawing by local artist Shane Burke, received an honorable mention in 2018 at Tracy Art League’s annual “Expressions” art show. 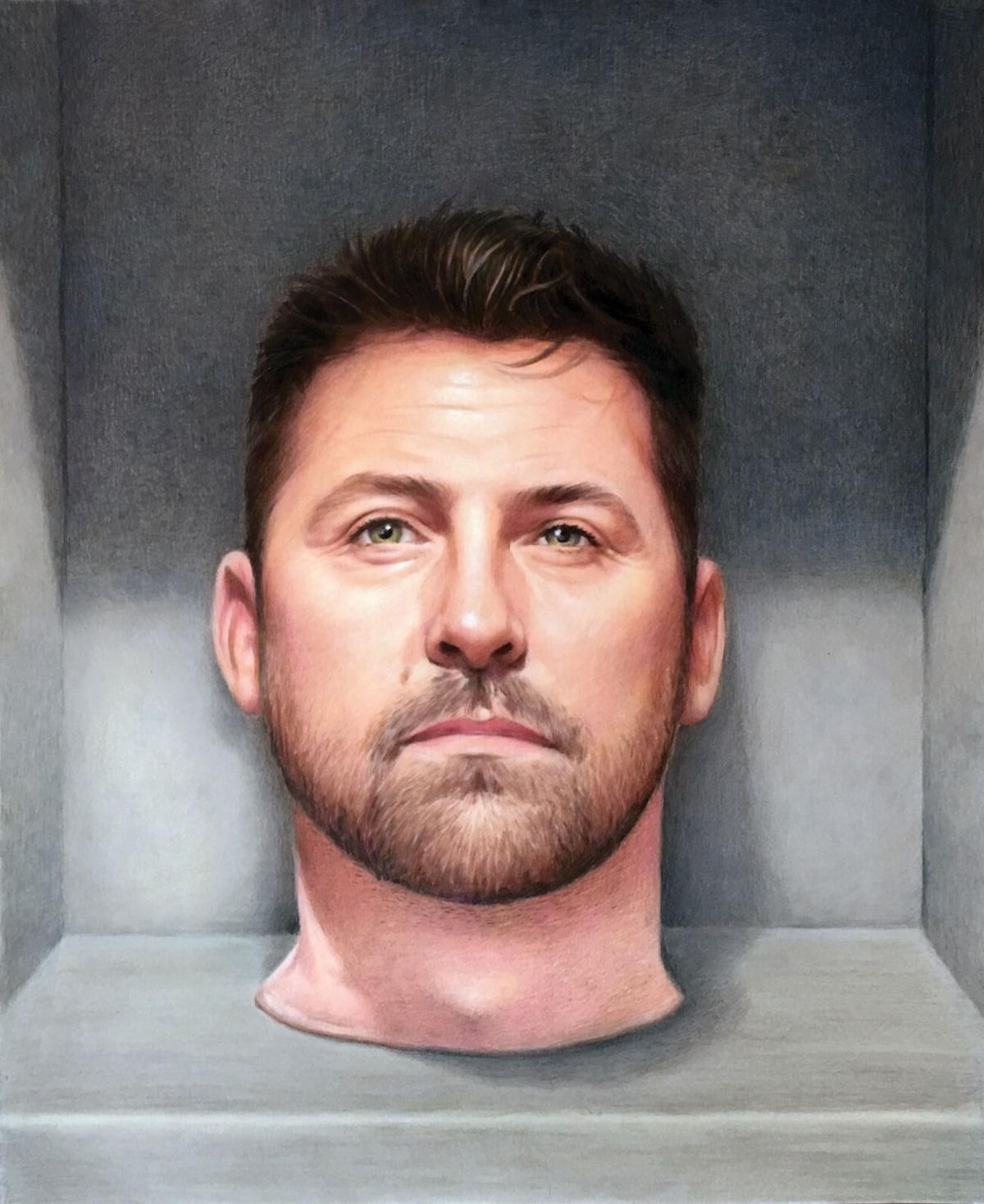 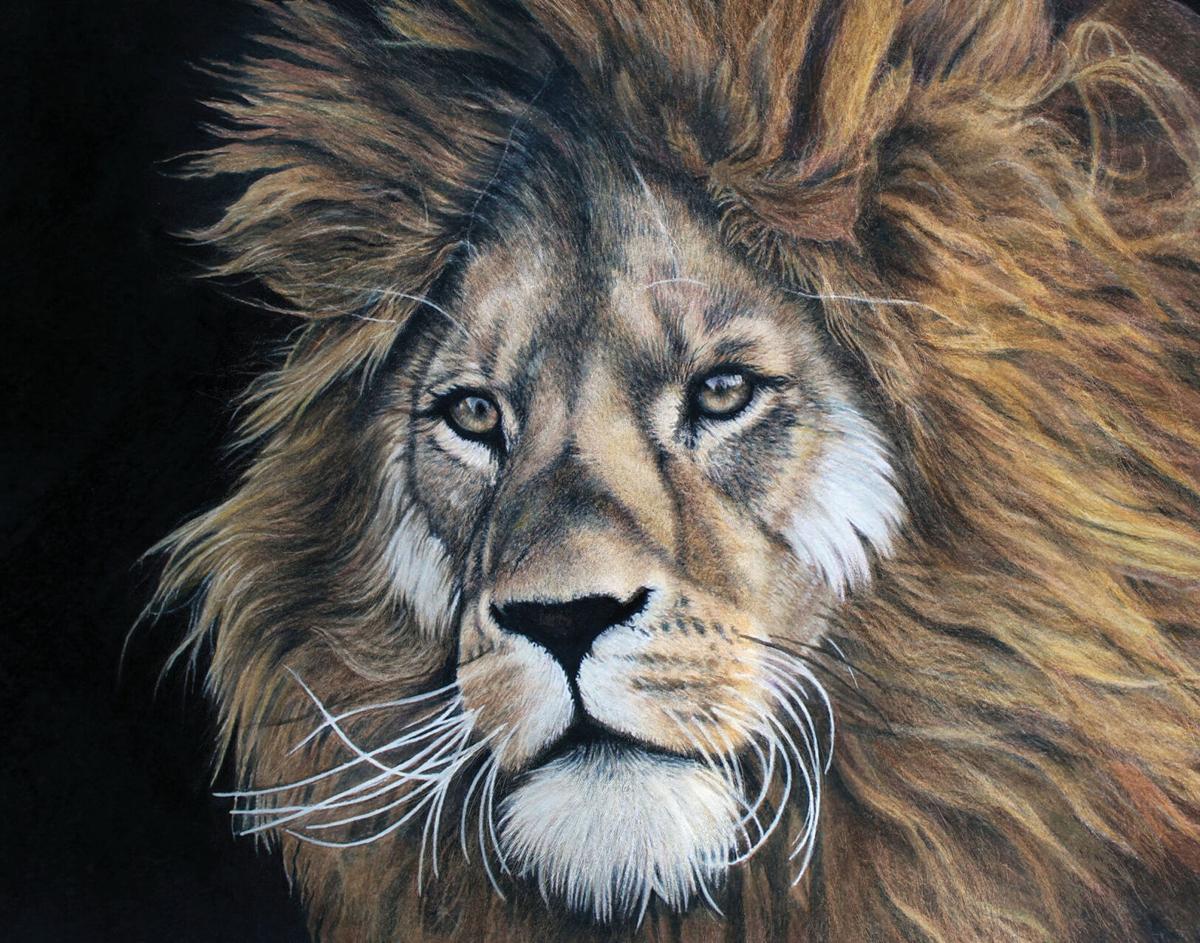 “Lion,” a drawing by local artist Shane Burke, was created to enter in Tracy Art League’s annual “Expressions” art show that would have been held earlier this year. The show had been cancelled due to COVID-19 restrictions. 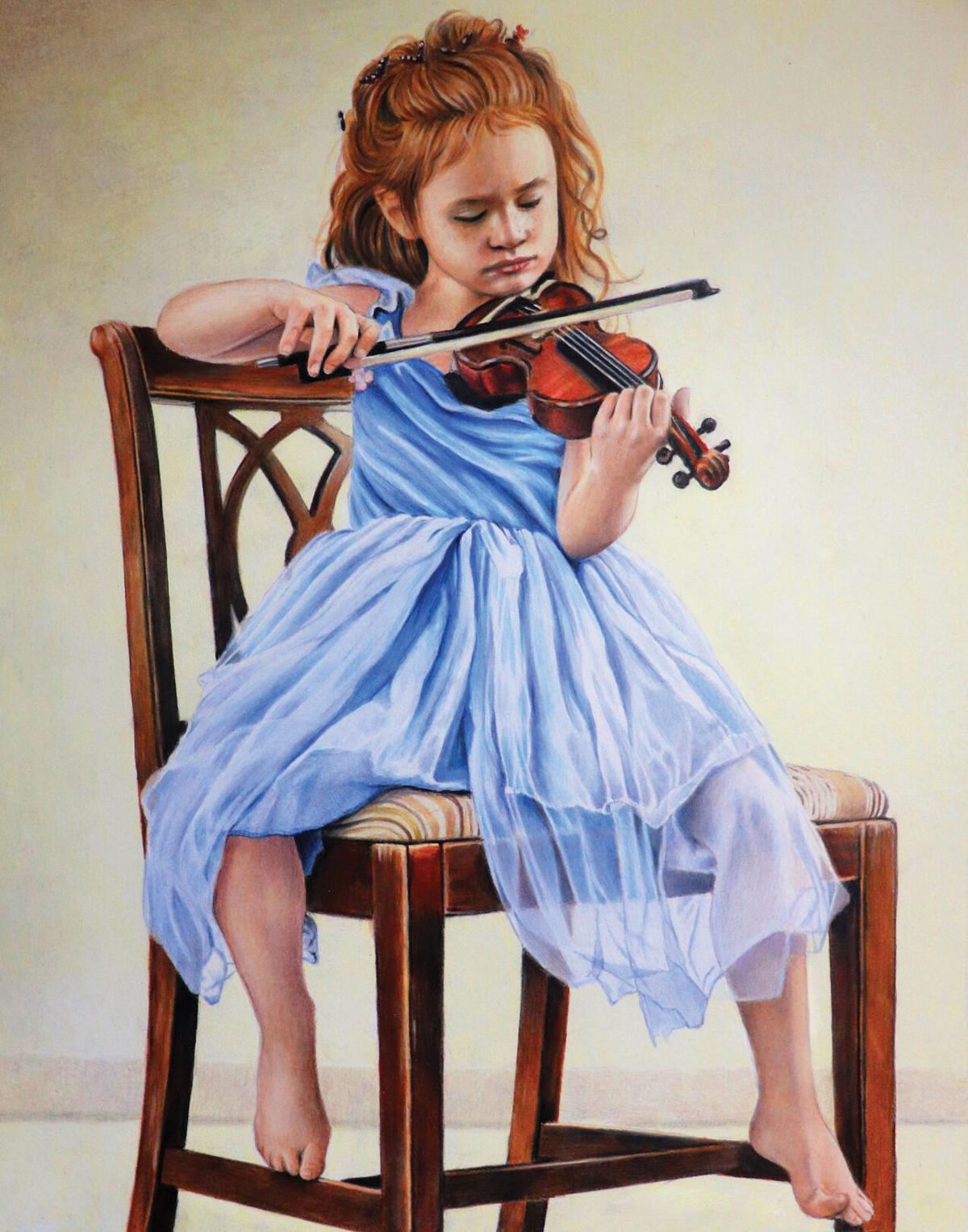 – “Rebeka,” a drawing by local artist Shane Burke, was purchased by former Mayor Robert Rickman for the City of Tracy’s art collection. 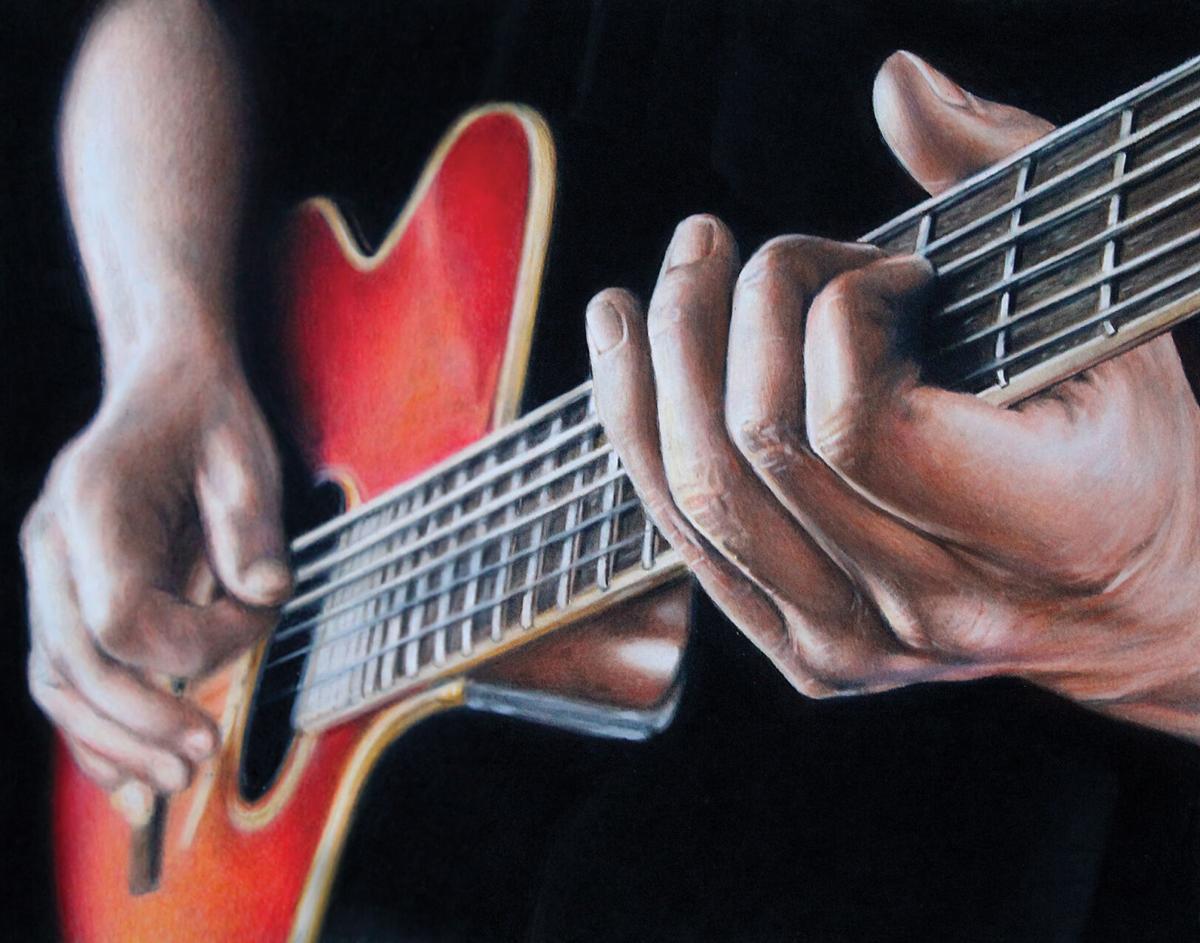 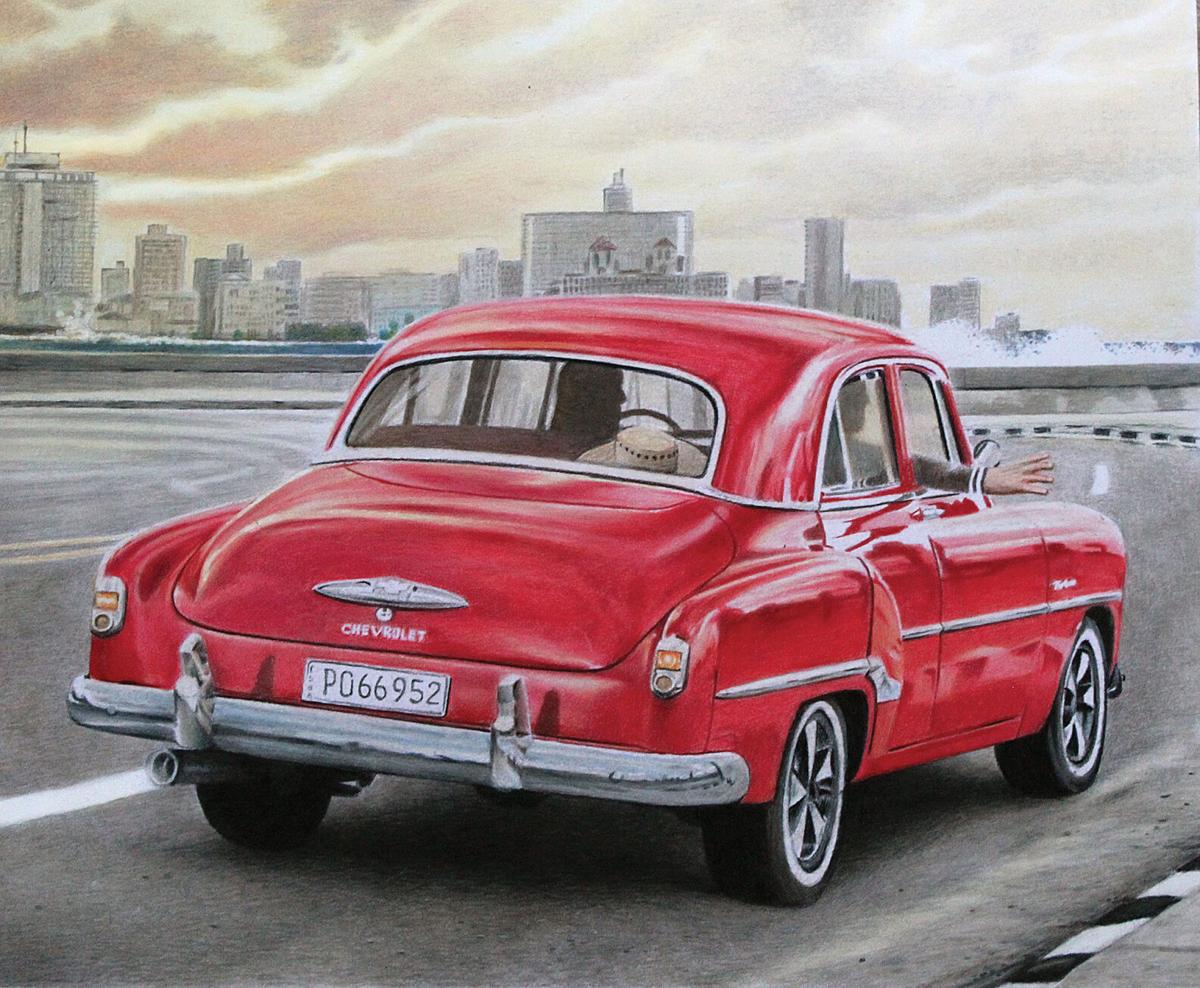 “Even the Sparrow,” a drawing by local artist Shane Burke, received an honorable mention in 2018 at Tracy Art League’s annual “Expressions” art show.

“Lion,” a drawing by local artist Shane Burke, was created to enter in Tracy Art League’s annual “Expressions” art show that would have been held earlier this year. The show had been cancelled due to COVID-19 restrictions.

– “Rebeka,” a drawing by local artist Shane Burke, was purchased by former Mayor Robert Rickman for the City of Tracy’s art collection.

The newest trending social media platform, TikTok, has been taking the world by storm this year, garnering over one billion users worldwide in its seven-year lifespan.

The short-form video sharing app features an array of user-generated content for people to peruse, from quick video logs to musical collaborations and lifestyle tips.

For local artist Shane Burke, it was a stroke of luck with TikTok’s algorithm that made it become the perfect online social platform to showcase his artistic process. With the encouragement from his daughters, the local artist started really diving into the app last year with a couple hundred followers under his belt. This month, Burke reached a milestone with his soaring numbers, and he now has a steady following of over 1.3 million users from all over the world – and that number is still climbing.

“You know, when that first video went (viral), I was like, ‘OK, the girls may be onto something.’ And I told my wife, ‘OK, I'm going to hit 50,000 by summer. I’d never really expected that I would get a million followers. But it’s possible,’” said Burke, whose TikTok profile gained viral popularity after he posted a series of clips – from December 2020 to January this year – of a portrait he was working on of him and his wife.

“He's super passionate about it. So we just encouraged him a lot to go on TikTok and we're trying to show him how people really were going viral,” said Burke’s daughter, Hailey Barnard. “And then one day, he just decided that he would do it, and it was a hit.”

Art has been a key factor in Burke’s life. Growing up in Tracy, Burke first discovered he had a bit of an artist’s touch all the way back to his days attending Jefferson Elementary, when he would frequently doodle in his notebook during journals. He eventually would go on to attend recreational art classes as an extracurricular activity in his youth and would participate in community events like the sidewalk chalk art contest held at a booth during the former Tracy Bean Festival.

The art bug followed him everywhere he went. During Burke’s time in active duty with the United States Air Force as an intel analyst, he would often be pulled away from assignment to help with more creative projects around the base. He earned an Air Force Achievement Medal for designing a new emblem for his squadron.

“My commander noticed I've got this really cool talent, so they would pull me off collecting intelligence to go work on more creative things,” said Burke. "I painted murals, all of our barracks, all over the building where we all worked at and our newsletters, things like that.”

Burke also served in the National Guard, where he would work on photography, graphic design and radio and video broadcasting projects that would share different stories and experiences through the organization and its members’ eyes.

More recently, Burke has been getting a steady flow of part-time freelance commissions that he works on between his family time and day job. He mostly works in portraiture but has also done illustrations for children’s books, logo design and artwork for mobile applications. His new fame on TikTok has brought him even more commission requests, but he strives to keep his artwork as a hobby he gets to enjoy as opposed to replacing his work in industrial sales.

“I would say that my dad’s even been disappointed that I don't do it for a living,” said Burke, who added that his family has been a tremendous support system and that his dad calls him up regularly to check how his videos are doing.

“I've heard a lot of stories from people where they're just some off the wall stories. You know, they wanted to get into art but dad said that was not for men, things like that. And they weren't even allowed to draw. My parents were the opposite. They encouraged it.”

Burke has dealt in many different media, including paints, pastels and digital art. His current tool of choice is the graphite pencil and the blendable pigments of colored pencils, which he uses to create his hyper-realistic portraits.

He still has been regularly participating in local art shows, including the annual Expressions art show and competition that is held in Tracy every year. In his five years entering Expressions, Burke has taken home three first place awards, a second place award and an honorable mention award in the Pastel and Drawing category.

He has had some of his pieces hung up around town, including artwork purchased to display at City of Tracy facilities and a donated rendering of the old Tracy High School building that he gifted to the school after the new James C. Franco building was completed.

“Shane is a talented artist and I’m a big fan of his artwork. During my time as mayor, I had the honor to purchase artwork on behalf of the city and I had the opportunity to pick Mr. Shane’s artwork for display in our city facilities. The attention to detail, depth and color of his artwork is phenomenal,” said San Joaquin County District 5 Supervisor, Robert Rickman.

Burke’s most treasured artwork is his drawing called “Even the Sparrow,” which was displayed during the Expressions art show in 2018, which he said took him 80 hours to complete – the longest Burke has ever spent on a drawing. It features a sparrow on a table, surrounded by a stack of books and a glass of whiskey. Burke originally had the piece up for sale but is now glad he held onto it.

“I would always sit at our fireplace and draw pictures of my brother and sisters. They’d beat the hell out of each other and screaming and everything. And I would sit there kind of oblivious. My mom would get a kick out of it. She'd always come out, like, ‘look at this kid. It's like he doesn't even notice any of this stuff,” said Burke. “Basically, (‘Even the Sparrow’) it's a portrait of myself … A couple Christmases ago, we got the call my mom had stage four cancer. And the drawing is of me, kind of how I felt looking for answers.”

Burke says his next goal on TikTok is to reach a milestone of 10 million followers. While he still has no intention of making art his fulltime career, he does have aspirations, like having a gallery showing where he can display multiple pieces of his work.

Barnard says Burke’s family is also excited to see what he does next and that they are always learning new tricks from him to improve their own artwork.

“He's teaching me a lot, just through his TikTok, on how to draw the face and whatnot. He's definitely inspired us even more to do it. We'll have family paint nights, and he'll teach us how to do it,” said Barnard, who said her favorite from family paint nights was a painting of a dark sunset and a fence with birds perched on it.

Burke can be found on TikTok at @iamshanesaw. To learn more about his work, visit beezink.com