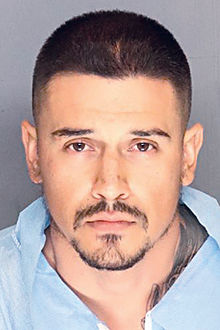 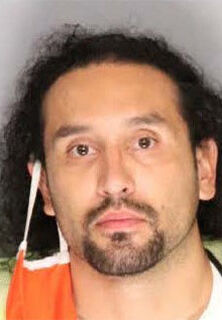 Daniel Miranda-Lick, 27, who has been charged with murder in relation to a June 17 case in Tracy, is facing additional charges in connection with a homicide in Stockton back in January.

San Joaquin County District Attorney Tori Verber Salazar announced Tuesday that Miranda-Lick and Alonzo Fabian Talavera, 31, face charges of conspiracy to commit robbery and attempted robbery, and a third man, who has not been charged yet, will likely face a charge of murder.

Miranda-Lick was arrested after the June 17 early-morning incident on Pavilion Parkway. In that case, Tracy police responded to a report that two men had been stabbed at a bar, and then responded to a report of a fight in a nearby hotel lobby. One man, Jorge Flores, was rushed to the hospital and later died of his injuries, and Miranda-Lick was arrested at the scene and charged with murder. Miranda-Lick had a court date on Monday but still has not entered a plea, and he remains in jail with no bail allowed.

The new charges against him stem from a Jan. 13 incident in Stockton. According to a statement from the San Joaquin County District Attorney’s office, Stockton police went to 1030 E. Seventh St. for a reported shooting. There they found 36-year-old Richard Saldana suffering from a gunshot wound. He was rushed to a local hospital, where he died of his injuries.

Saldana’s wife reportedly told police that two or three men had approached their home, and her husband confronted them. She ran outside when she heard her husband call for help and discovered he had been shot.

A spokesperson for the district attorney’s office, Angela Hayes, said that homicide detectives had little information to go on at first, but after reviewing security camera videos, they were eventually able to identify and track down the suspects in that case. Stockton police believe the suspects went to the Seventh Street home to rob the place and shot the victim when confronted.

Miranda-Lick and Talavera were both charged on Tuesday with conspiracy to commit robbery and attempted robbery, and Stockton police believe a third man actually shot Saldana. Hayes noted that the third suspect was in Stanislaus County Jail for an unrelated case and would be charged with murder once he could be transported to the San Joaquin County courthouse.

Man killed in fight after stabbing