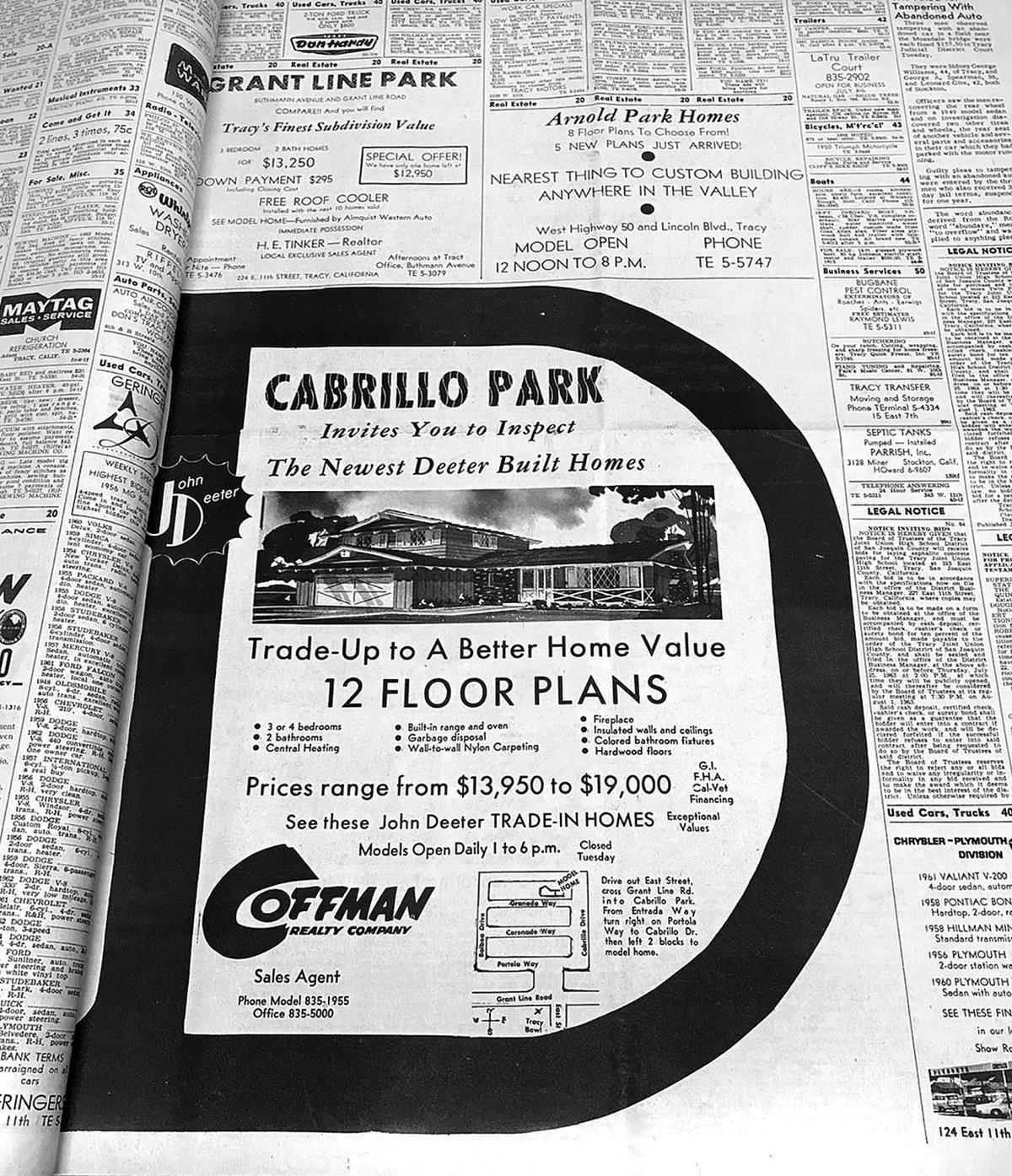 A Cabrillo Park advertisement in the Tracy Press in the summer of 1963 showed the style and prices of homes in the subdivision north of Grant Line Road. 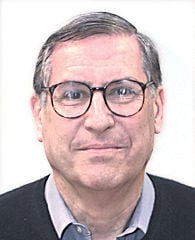 It was 50 years ago this week that a pivotal era in Tracy homebuilding came to an end.

The occasion was the declaration by developer John Deeter that land prices in Tracy had become too high, and he was leaving Tracy and heading for Southern California.

Deeter had come to Tracy in 1961 from Bakersfield to begin development of Cabrillo Park, the first major subdivision north of Grant Line Road.

The development carried the name of Spanish explorer Juan Cabrillo, who came to California in the 16th century.

The land was originally zoned for industry when Tracy developed its first general plan in the late 1950s. It was part of the eastside industrial zoning spine extending from north of Grant Line to as far south as Linne Road.

A challenge to the industrial zoning for the land bordering the west side of the Holly Sugar railroad spur was led by Tracy Realtor Waldo Coffman and his sidekick, W.T. “Bill” Jordan. They said the industrial zoning on that side of the railroad line didn’t make any sense at a time when Tracy needed housing of a size and price above the homes — including the “flat-tops” — that were going up south of Grant Line Road.

The issue became a major political struggle for the City Council, whose members, although faced with the first major challenge to the general plan, decided on the residential zoning that opened the door for Cabrillo Park.

For eight years, from July 1961 to July 1969, Deeter built 328 single-family homes, many of which had three bedrooms and two bathrooms in one- and two-story models.

The houses came on the market at a propitious time. The Owens-Illinois glass container plant was opened in 1962, bringing new Tracy residents.

A year later, in 1963, the Tracy Quartermaster Depot, since World War II a subdepot for Sharpe Army Depot, was transformed into a standalone depot of the newly formed Defense Supply Agency. That change brought a number of both civilian and military managers to Tracy. Many of the newcomers bought homes in Cabrillo Park.

As Cabrillo Park became an active residential development in the 1960s, it was joined north of Grant Line Road, but farther west, by Grant Line Park along Buthmann Avenue (named for a former Tracy mayor).

As home construction moved north of Grant Line Road in the 1960s, it also continued to the west in the Linda Link and Arnold Park developments.

By today’s Ellis and Tracy Hills standards, the subdivisions of the 1960s were relatively small, but that was the face of homebuilding in that era. It wasn’t until the 1980s, when the City Council approved the Residential Specific Plan, that growth took on a new dimension. The plan, which included special levies for utilities and schools, called for 7,500 single-family homes and 430 apartment units to be build over a seven-to-10-year span.

Nearly all this growth was earmarked to occur south and west of town.