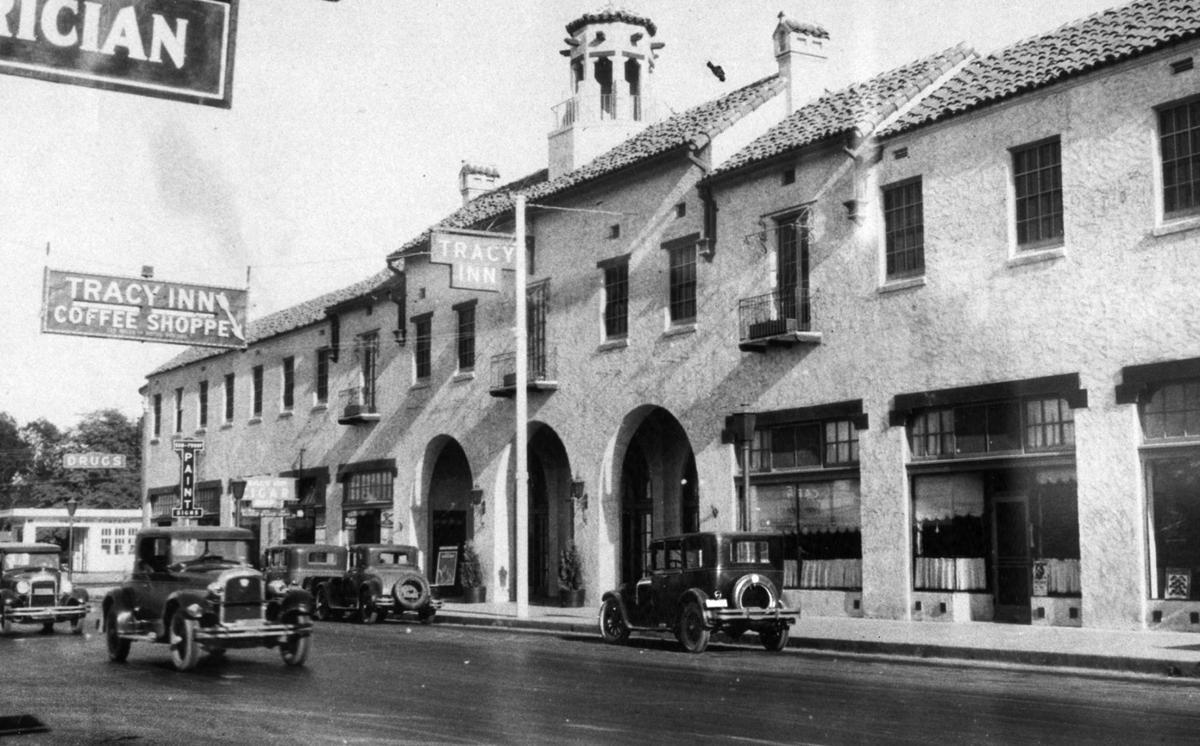 The Tracy Inn as it appeared in 1928, a year after it was opened. 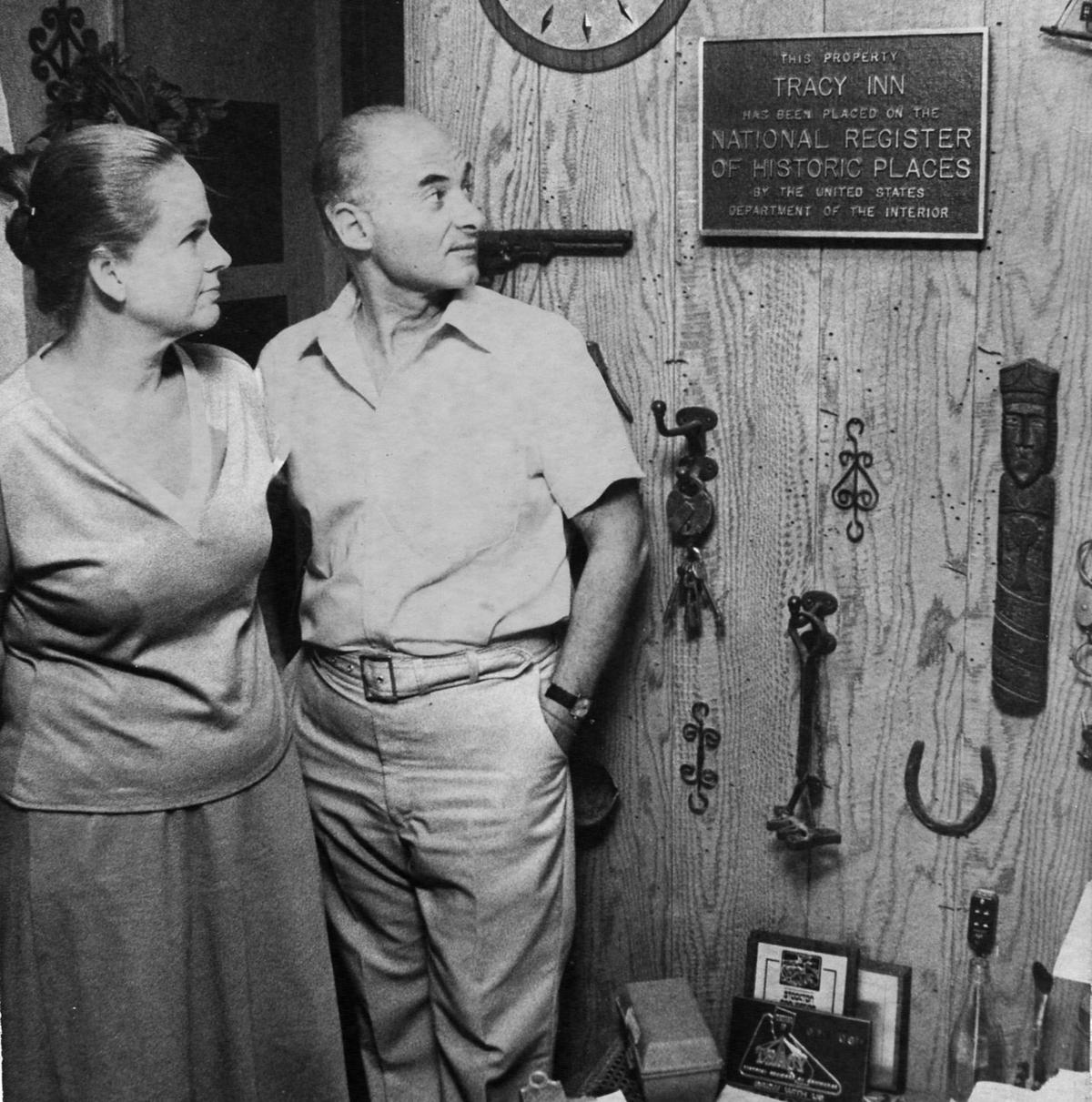 Nick and Kathy Margaros operated the Tracy Inn for four decades, beginning in 1950. 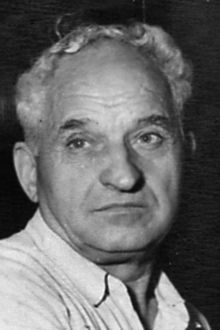 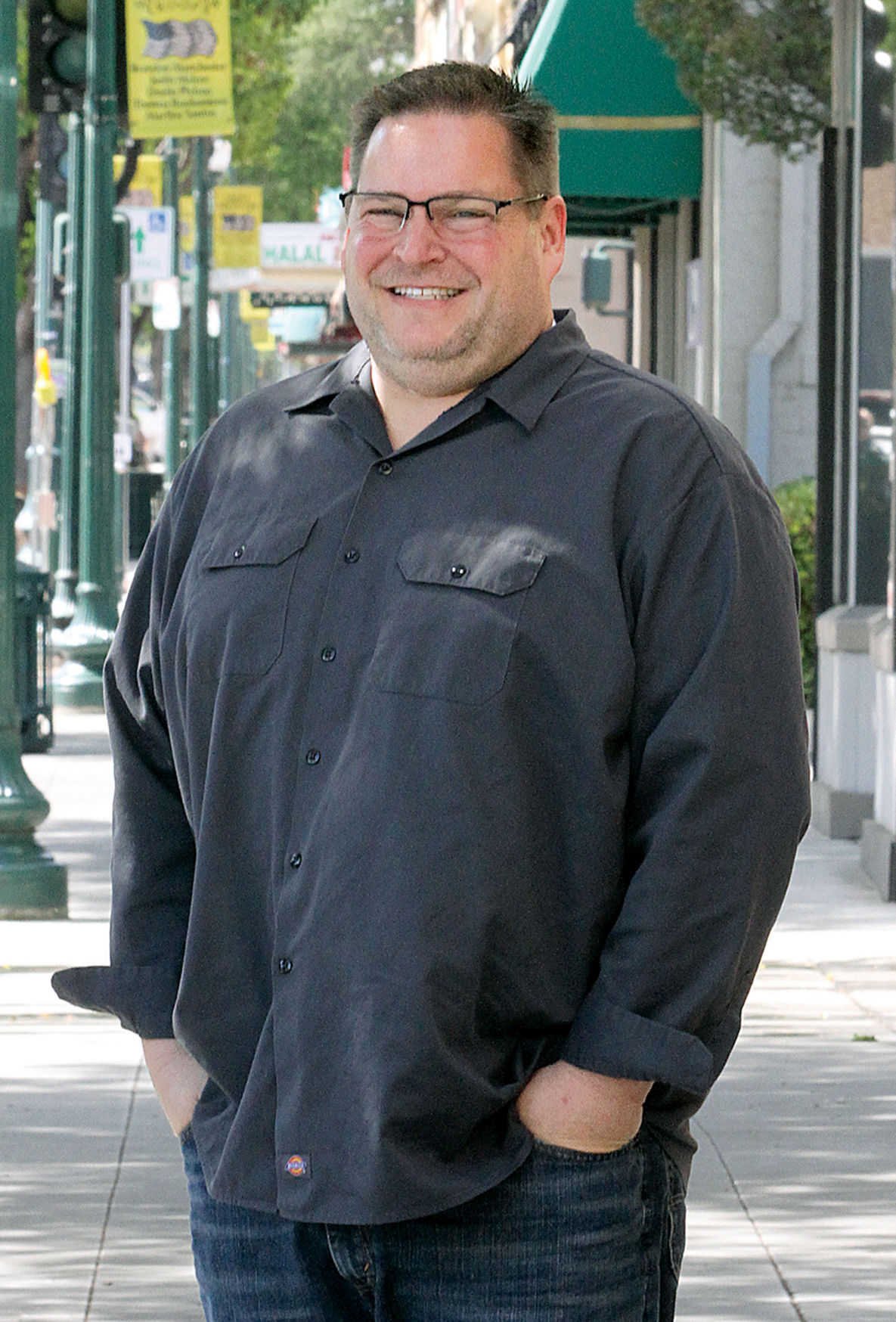 Dino Margaros become the third-generation operator of the Tracy Inn in the early 1990s. He also heads the Tracy City Center Association, which promotes downtown development.

A story in the July 6, 1945, Tracy Press was topped with this headline:

Hotel Building In the Hands of New Owners

The headline and subsequent story heralded the involvement of the Margaros family in the Tracy Inn, an involvement that continues to this day — three-quarters of a century later.

It was in July 1945 that Gus Margaros and his brother-in-law, Gus Terzakis of Stockton, purchased the Tracy Inn building from its original owner, the Tracy Community Hotel Corp., a corporation of local stockholders that had financed its construction in 1926.

The 1945 purchase price of $125,000 included the building and all the hotel’s equipment. Henry L. “Harry” and Effie Hill, who had first managed the hotel for Hamilton Hotels Inc. of Los Angeles, held the hotel operational lease at the time the building was acquired by the Margaros family.

Dino Margaros, grandson of Gus Margaros, is current operator of the hotel, continuing it as a family enterprise, one of the longest-running in Tracy.

The history of the Tracy Inn, one of Tracy’s landmark buildings is both lengthy and unique. It was in the mid-1920s when Tracy was a busy stretch of Highway 50 — originally the Lincoln Highway — that a group of local business leaders became convinced that Tracy needed a hotel to take advantage of the motorists who were traveling between the Central Valley and Bay Area.

In 1925, the Tracy Community Hotel Enterprise Inc. was formed and four teams of volunteers were organized to sell stock at $1,000 a share during an 11-day campaign. George Good, owner of the Good Lumber Co. and a civic leader, was chairman, and A.R. Arnold, Bank of America manager, was treasurer.

The goal of $85,000 goal in stock was quickly exceeded with $137,000 in shares sold. Construction began on June 15, 1926, on the corner of 11th Street and Central Avenue, on property that had been sold to the corporation by the Tracy Elementary School District, which used the funds to buy the property on which Central School now stands. The hotel building was completed at a cost of $185,000 in the closing weeks of 1926.

The Inn, Tracy’s new downtown landmark building — its second after the Grand Theatre was built in 1923 — was opened on Jan. 15, 1927, with a rousing celebration. Some 300 people were present, and most of them squeezed into the Rose Room (later Gold Room) for dinner and dancing to the music of Polly Watson’s orchestra.

“It wasn’t until the Small hours of the morning that the main part of the party disbanded,” a weary Henry Hull, publisher of the Press, reported.

The Inn quickly became the center of community activities with the Rose Room hosting Tracy service clubs, dances, wedding receptions and special meetings. The coffee shop and bar were popular gathering spots for Tracyites and motorists passing through town on 11th Street.

Harry and Effie came to Tracy in 1934 to manage the Inn for the Hamilton Hotels Corp. and took over the lease in 1942. In 1949, they sold the remainder of the lease to Gus Margaros, co-owner of the Westside Market. His son, Nick, became the hotel’s manager.

Nick and his wife, Kathy, operated the hotel for four decades. They leased out the coffee shop, bar and Gold Room; added 16 rooms in a new section facing Central Avenue in 1963; and remodeled and combined many of the hotel’s original rooms. The hotel building was nominated in 1980 to join the National Register of Historic Places.

Their son, Dino, took over active management several years after returning from UC Riverside in 1991. He continues to manage the 50-room hotel while also active on the board of the Tracy City Center Association and more recently becoming executive director of TCCA, which is charged with promoting revitalization of the downtown.

“Hopefully, with the work TCCA is doing downtown, we can bring everything back to its former grandeur,” he said this week. “We were heading in that direction when the COVID-19 pandemic hit. It forces you to look at things differently.”

Dino said the prospects for the downtown began to be more fully realized in the past decade with new restaurants and boutique businesses, and despite the pandemic, the potential remains solid.

“A lot of cities are looking at convention facilities, at meeting space and at boutique hotels,” he said. “We have an eye on the future as a central meeting space.”

For those reasons, Dino sees the Tracy Inn as having a role in the downtown’s development. Possible improvements at the Inn are under consideration, “but must pencil out,” he said.

Dino feels the downtown will be given a major boost when the Valley Link light rail system across the Altamont Pass becomes a reality, as projected hopefully within the next decade.

“That will be a game-changer for the downtown,” he said.

In 1927, it was the Tracy Inn that was the game-changer, and nearly a century later, it still has a role to play in future downtown development — under 75 years of ownership by the Margaros family.