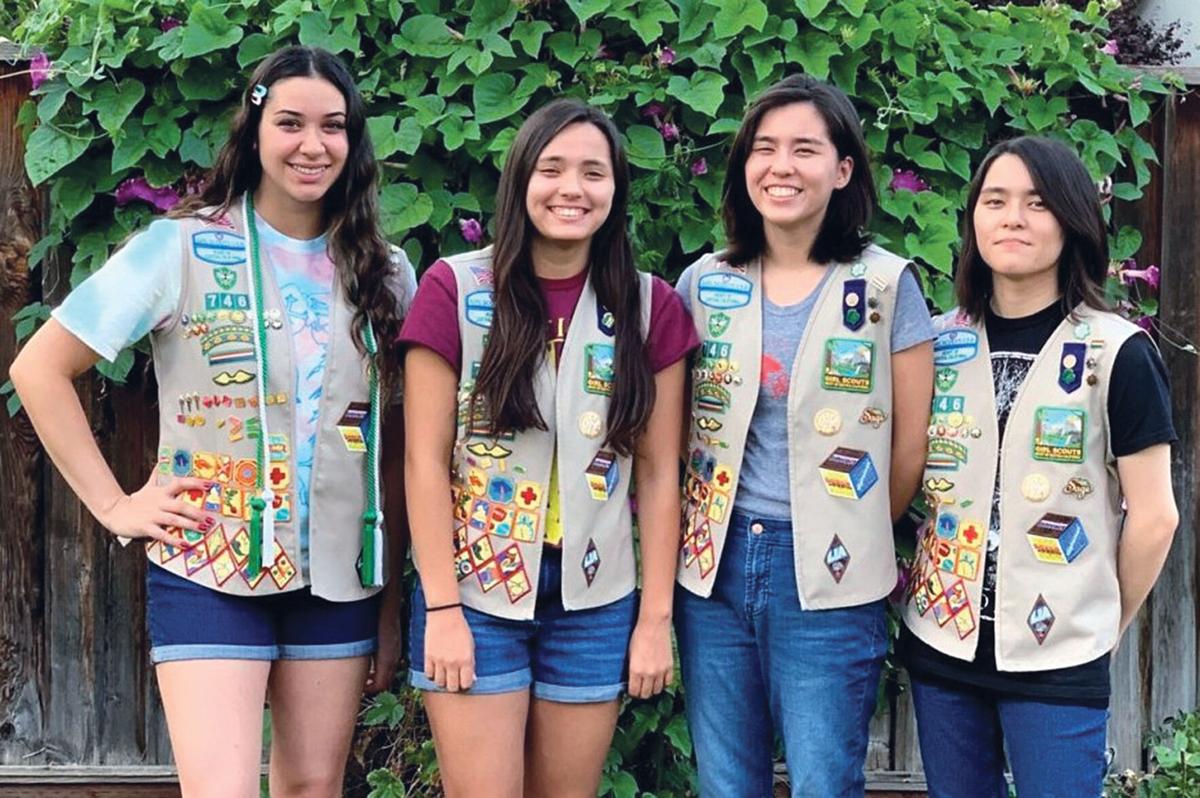 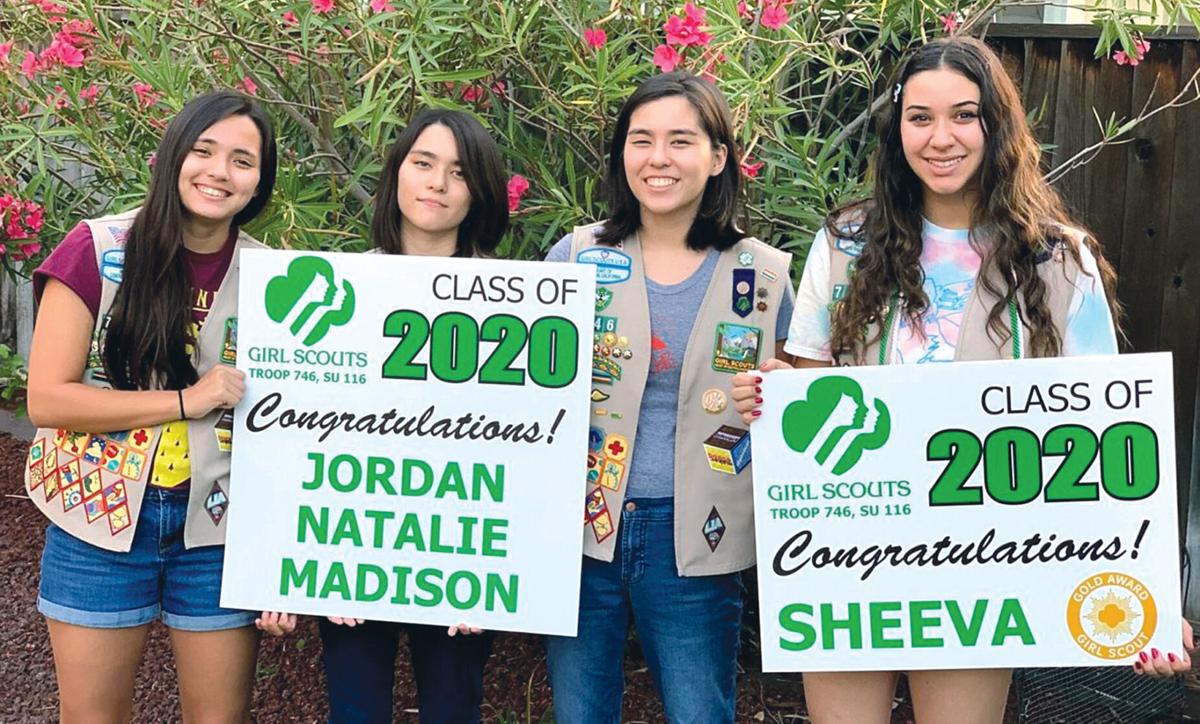 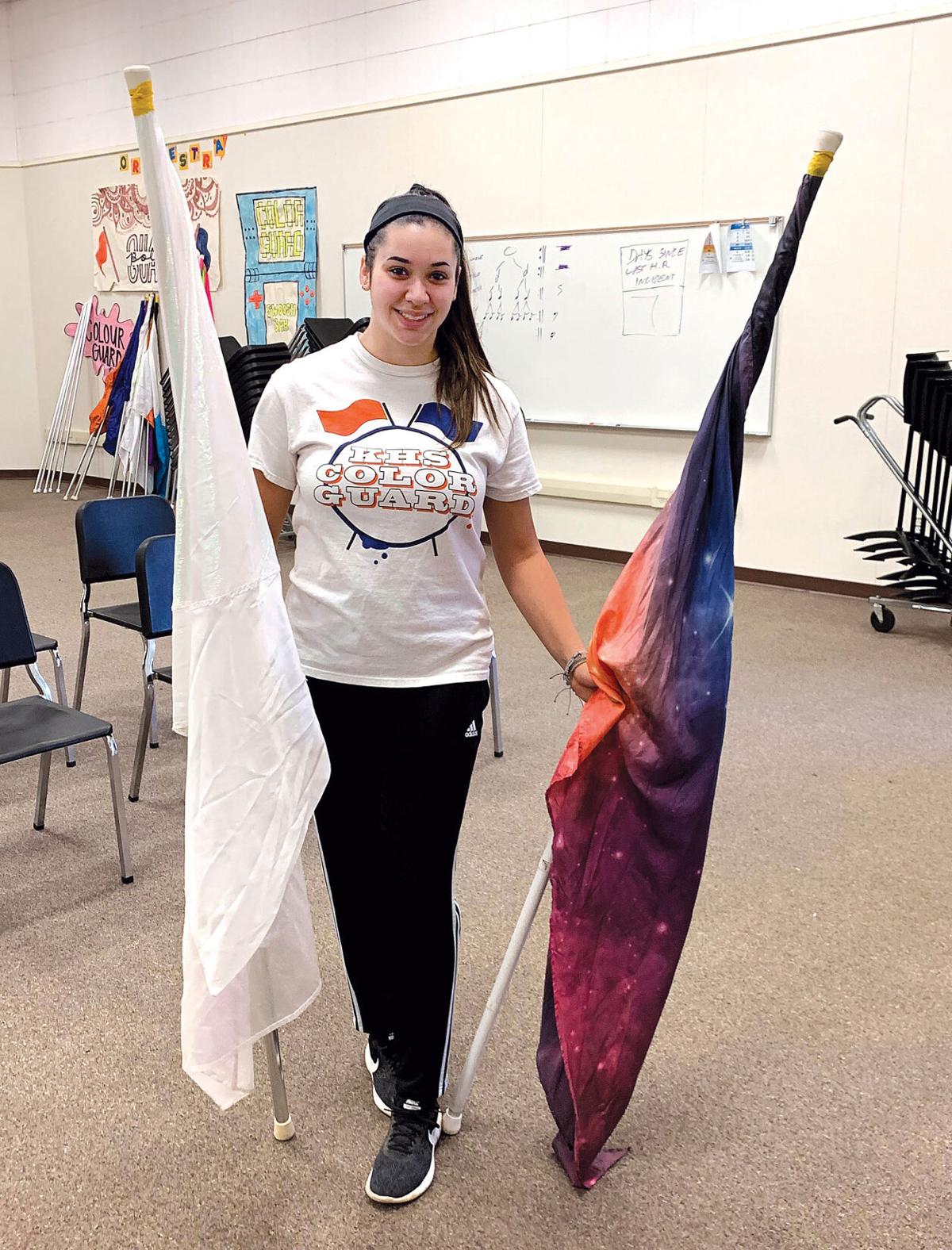 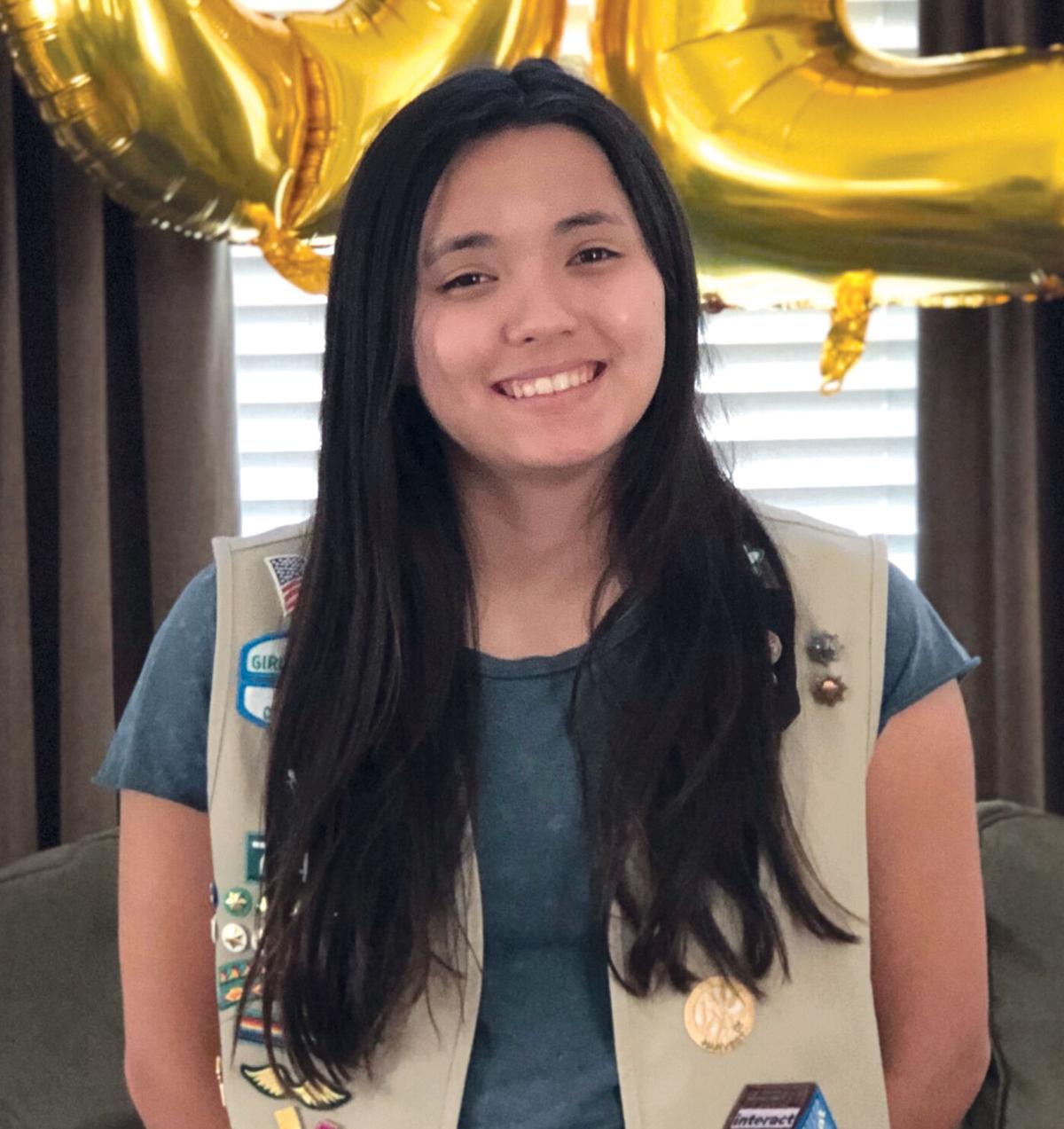 Four life-long friends who spent 13 years together as Girl Scouts of Troop 746 saw their troop officially come to an end as they graduated high school and became lifetime adult members of Girl Scouts in late June.

Triplets Jordan, Madison and Natalie Mangskau, along with Sheeva Farahani, had all started together in the troop in kindergarten and were the only members left in the troop for almost six years.

Farahani graduated from Kimball High School in May has been friends since preschool with the Mangskau, triplets. They all joined Girl Scouts together.

“When we started we were a pretty big group and as the years went by a few left and a few came, and me and the triplets were the only ones who stayed with it for those 13 years,” Farahani said.

The troop disbanded after the sixth grade and Farahani’s mother Maria took over the troop so the four friends could finish Girl Scouts together.

“It was me and the triplets, for about the past five years it was just us together. We got along really well, we’ve known each other for pretty much all our lives,” Farahani said. “I think that was an awesome part, how we knew each for a long time and did everything together. All our Girl Scout activities like selling cookies and any badges we wanted to earn we did together.”

“It was definitely an awesome journey and it’s sad it came to an end, but in the end looking back at everything we did we had a lot of stuff together so I’m pretty proud of the things we did for the community and especially the lessons we taught ourselves with learning how to grow as a young woman in society,” Farahani said.

Natalie Mangskau and her sisters, 2020 graduates of West High School, appreciated her time in the Girl Scouts.

“Reflecting on it now I think this was a great journey for my sisters and I because this is probably only activity we did as we got older that we were all still together and we were all still working on one thing,” Natalie said. “On the journey, in the beginning obviously when we were little it was just fun stuff. Great to be together, great to be with everyone in the troop and then as we get got older it kind of turned into stuff we can work on, things we can be a part of, things we can lead. Near the end of the Girl Scout journey it was just appreciating how far we got.”

Farahani and Natalie Mangskau both earned their Girl Scout Gold Award as seniors.

The Gold Award represents the highest achievement in Girl Scouting, recognizing girls who demonstrate extraordinary leadership through projects that have a sustainable impact in their communities and beyond. Approximately 5% of Girl Scouts earn the Gold Award annually.

Farahani had an idea to introduce a color guard camp for new high school students.

“I’m really passionate about color guard and I’ve been involved with it all of my high school years so why not do something that involves color guard and kind of give it the recognition it deserves,” Farahani said. “Color guard is present in Tracy at all of the high schools just like any other sport but there is nothing to prepare you for it.

The four-day camp in September 2019 gave incoming freshman and current students an opportunity to learn about color guard and learn a routine of two weekends that was preformed on the last day for family.

Based on the success of Farahani’s camp Kimball High music director and project advisor decided to continue to host the camp annually to promote color guard as a sport for Tracy youth.

“It was a phenomenal feeling seeing something you put 85 hours of work into and it totally paid off. It was beneficial and it was so much fun,” Farahani said.

The two Gold Award winners joined in a virtual ceremony to celebrate the award.

Natalie Mangskau made a welcome to West High booklet for students that are in the English Language Learners class. The booklet contained information about the school and what it has to offer. She worked to introduce the ELL students in small groups to other students that would talk about sports, clubs, community resources and more so they could become involved in school life outside the classroom and feel more included in the school.

The four girls’ graduation called an end to Troop 746 in Tracy.

Natalie Mangskau thought it bittersweet that her troop would be disbanded with their departure.

“It’s kind of a cool thing and I’m honored by all the work we went through with that number. It’s being retired to almost acknowledge all the hard work we did,” Natalie said.

With no one left, Troop 746 will be disbanded and the number retired from the Tracy Service Unit 116 and circulated to another part of the Girl Scout Council Heart of Central California.

“Honestly, I can probably speak for all of us we are proud, that number holds a lot of memories because we did so much together, Farahani said.