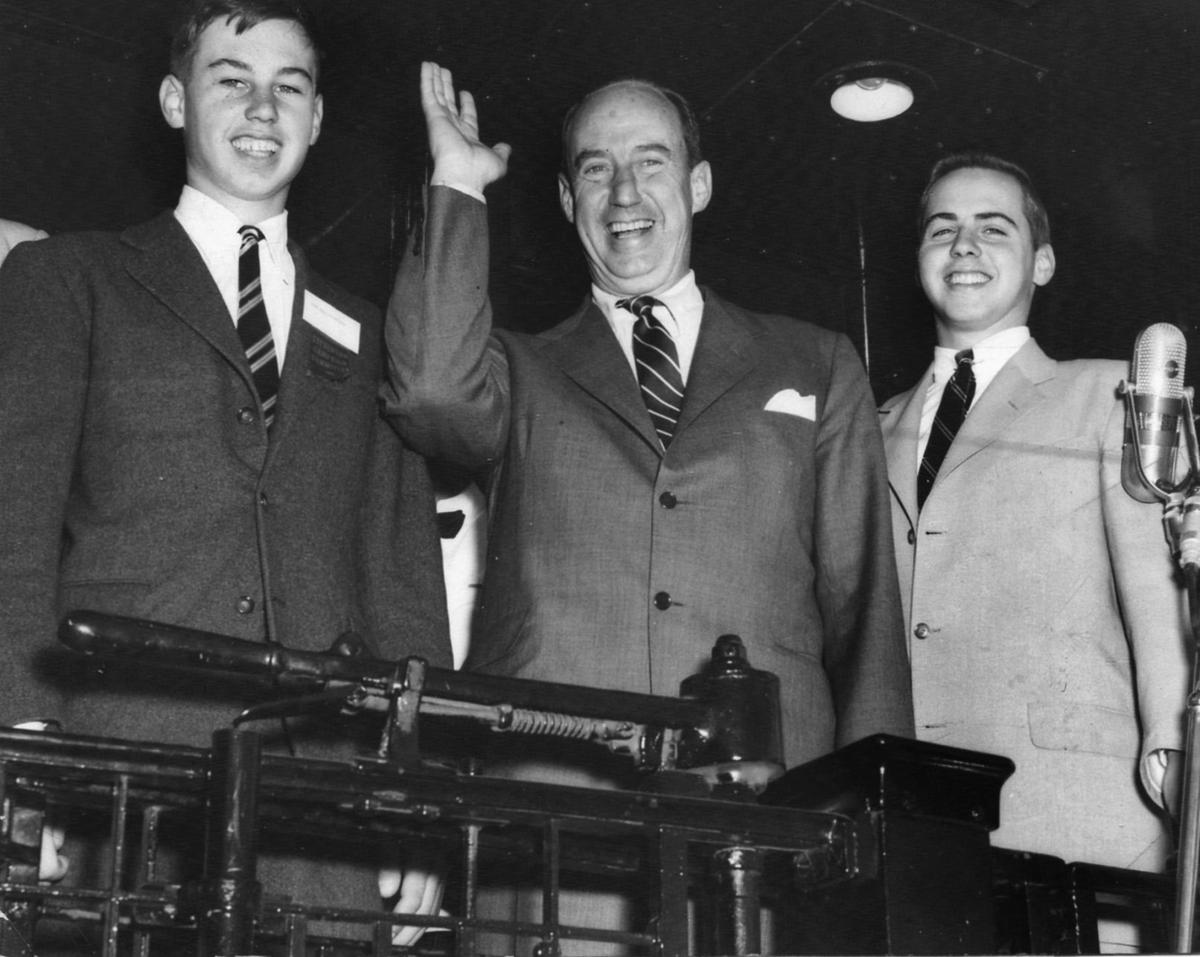 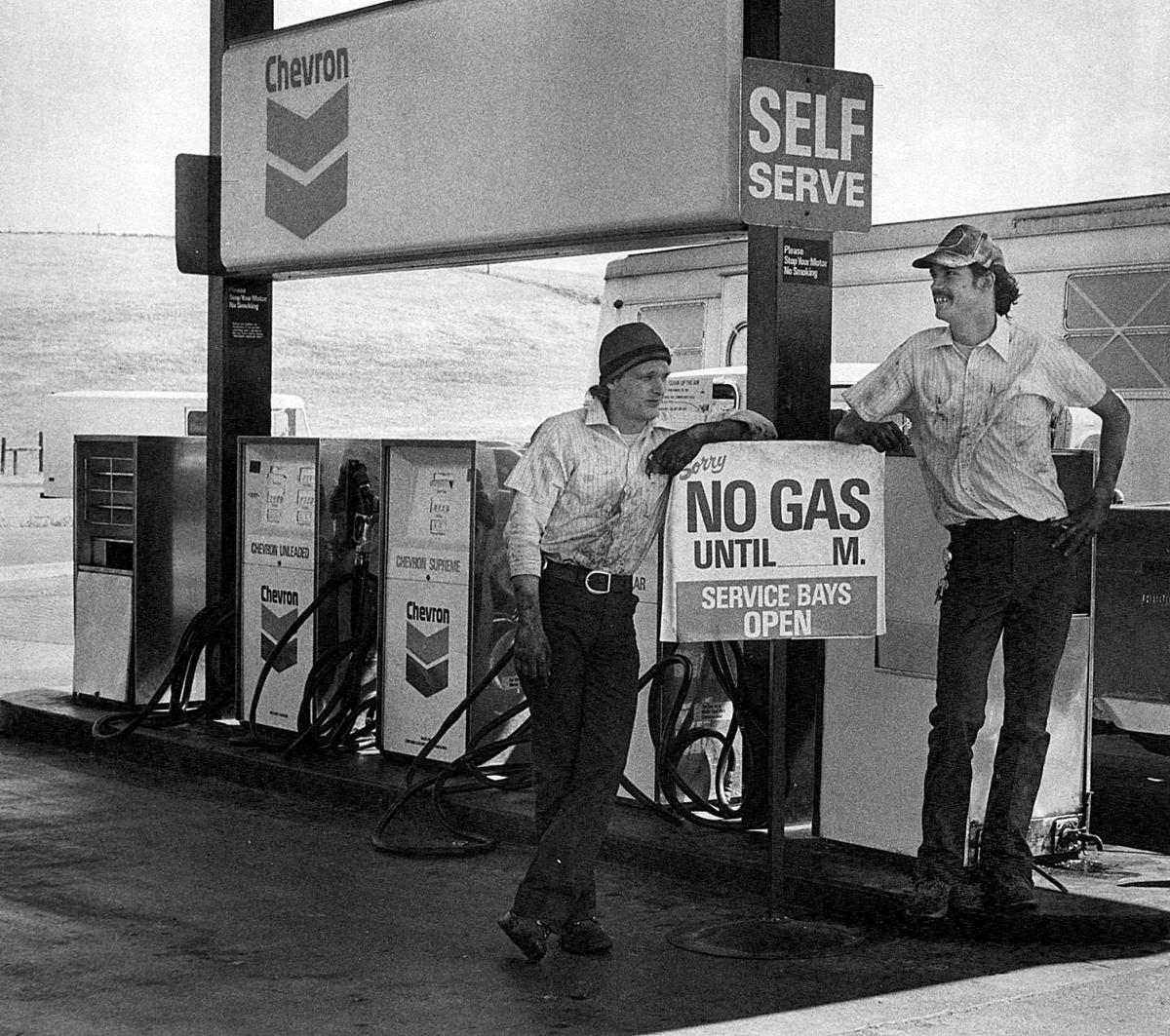 Last week’s Remember When mystery photo showed Illinois Gov. Adlai Stevenson waving to some 1,500 Tracy residents from the back of a presidential election whistle-stop train that stopped Sept. 10, 1952, on the Altamont line in the Tracy Southern Pacific yard. With Stevenson, the Democratic Party candidate, were his two sons: John, left, and Borden. In the Nov. 6 general election, Stevenson lost handily to Republican Dwight D. Eisenhower, as he did again four years later.

Today’s mystery photo shows two employees of a local service station standing next to a sign in May 1979. What was the reason for the sign, and can anyone identify the two station employees?