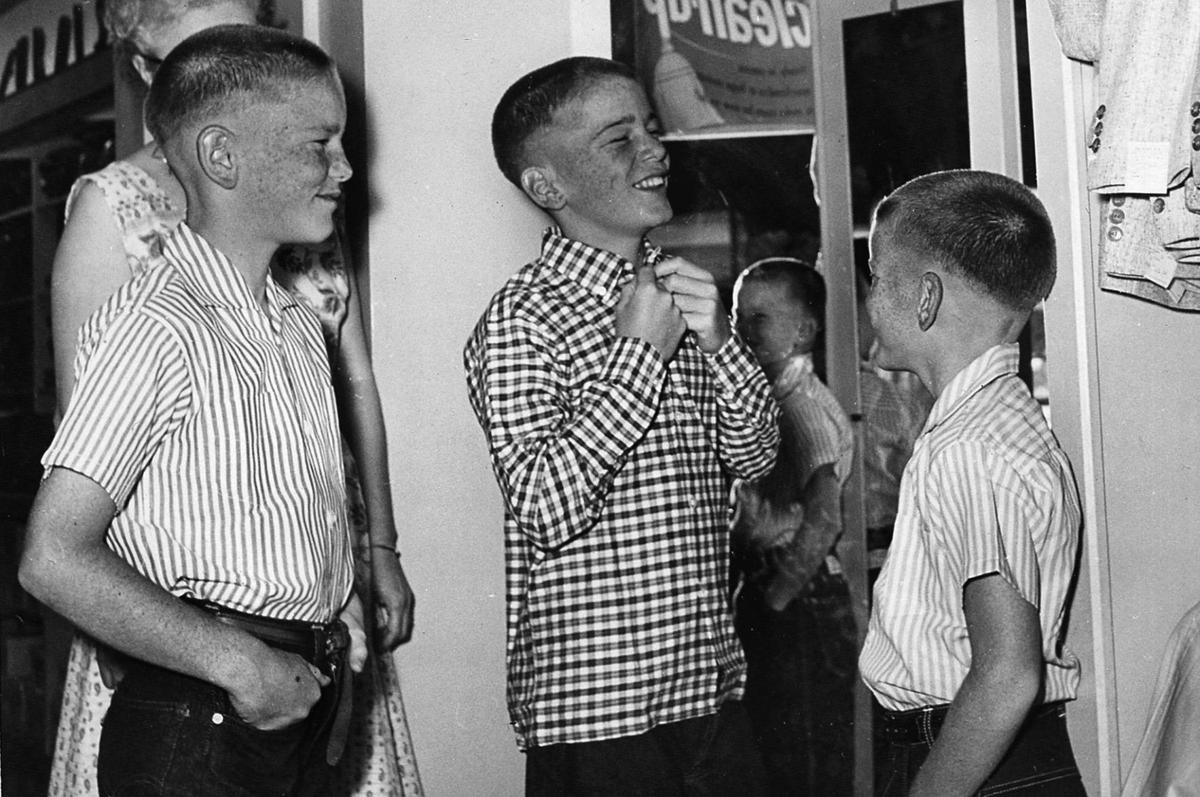 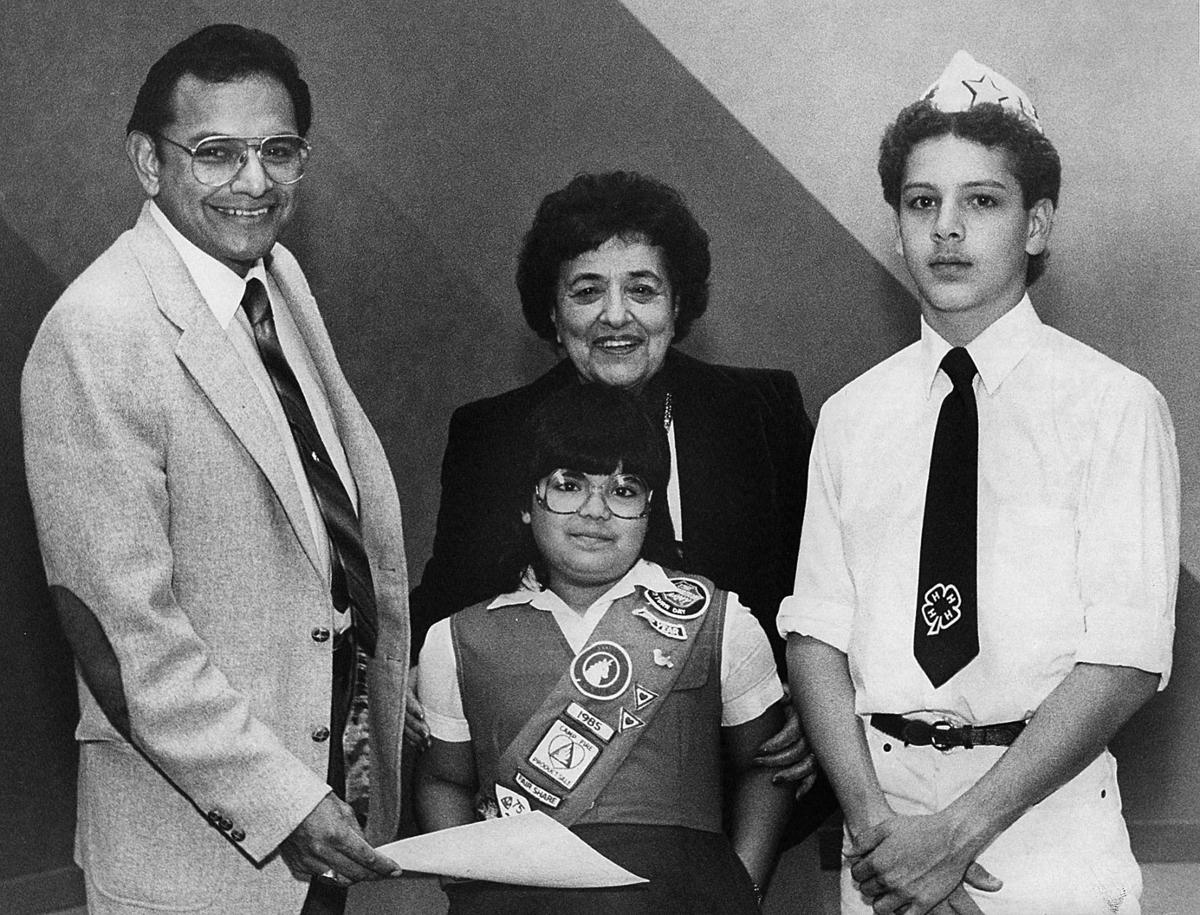 Last week’s Remember When mystery photo showed three Fiack brothers trying on clothes at the Tracy J.C. Penney Co. store in August 1957. Left to right: Roger, age 10; Paul, 12; and Jimmy, 7. They were featured in the Tracy Press “Back to School” special section. In the background, partially hidden, was Havana Hagmeyer, a Penney’s sales clerk.

The three Fiacks, augmented by oldest brother David and sister Nancy, were also pictured in several other Tracy stores, including The Hub and The Mart clothing stores and Tredway’s stationery store.

Sister Nancy Fiack Kahn of Rocklin and Bob Moehring of Tracy identified the three Fiack brothers in the photo.

This week’s mystery photo, below, shows representatives of Tracy-area youth groups receiving congratulations from city officials in April 1986. Who were those in the photo and why?