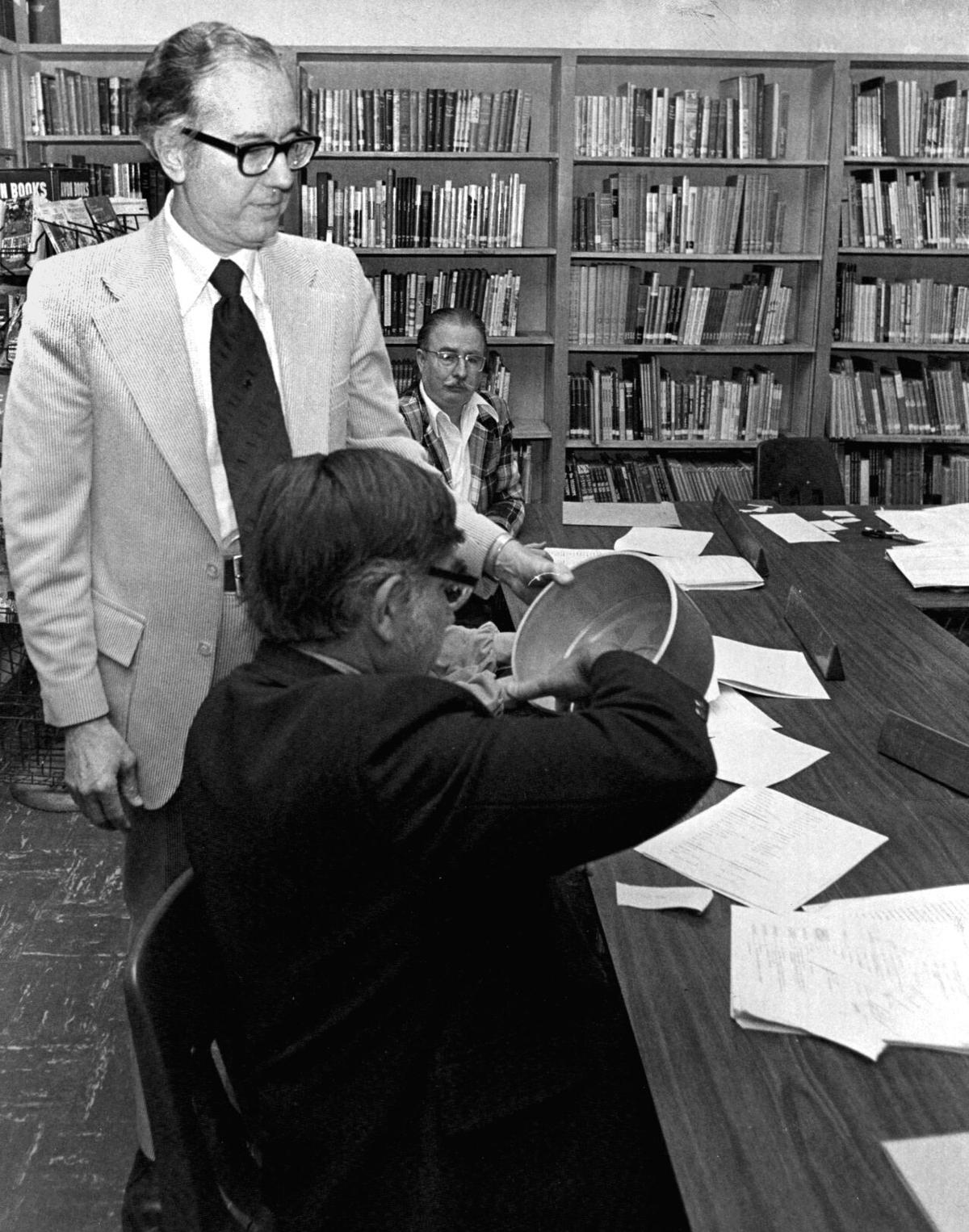 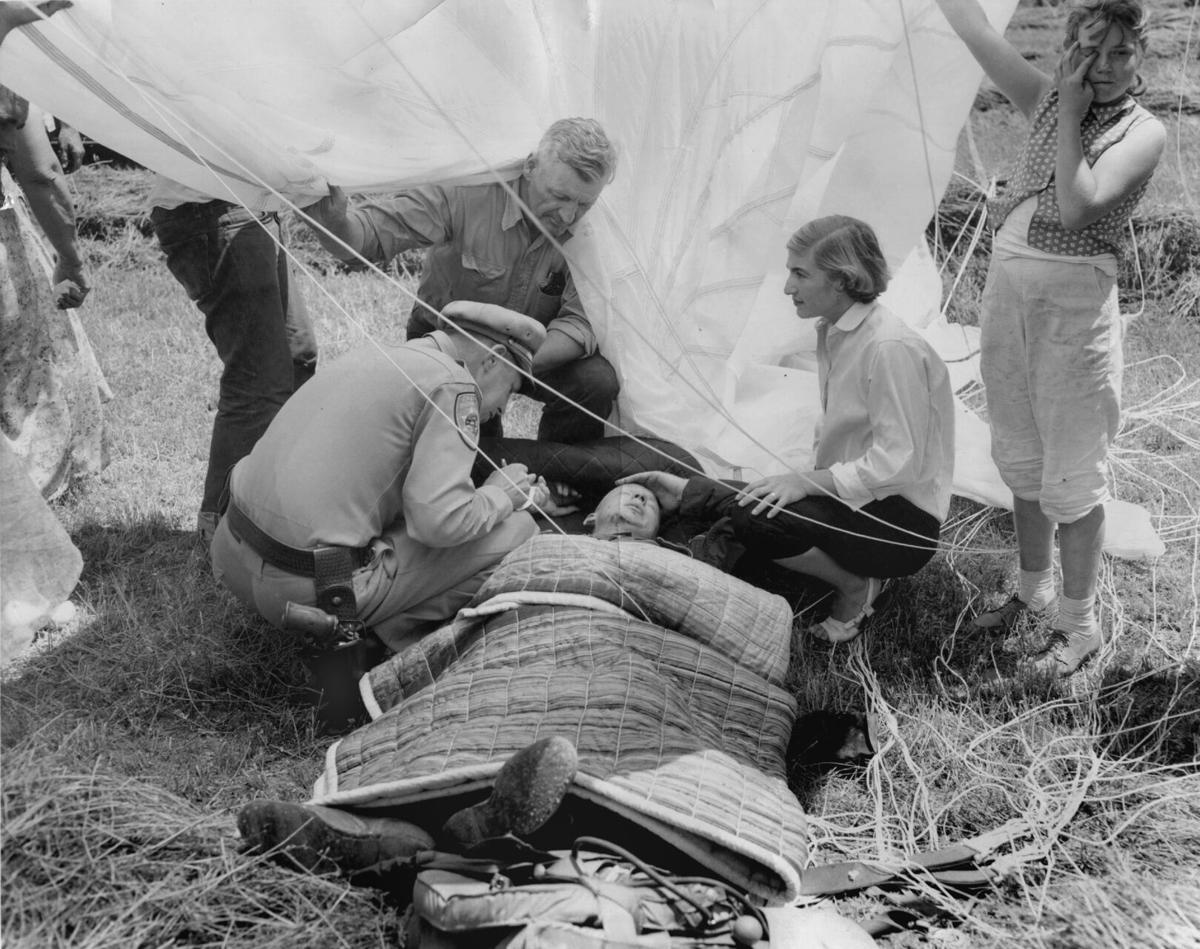 Last week’s Remember When mystery photo showed Walter McInnis, president of the Tracy Elementary School District’s board of trustees, reaching into a bowl filled with slips of paper with names during a board meeting in October 1974.

The outcome of the committee’s recommendations was the creation of two sixth-eighth-grade middle schools, Monte Vista and Clover. Before then, all district seventh and eighth-grade students attended Senior Elementary School on what became the Clover campus at the corner of Holly Drive and Beverly Place. The El Portal Elementary School campus on Lowell Avenue at Tracy Boulevard became Monte Vista.

Today’s mystery photo below shows a crash survivor being comforted and questioned west of town in November 1955. Who was the injured person and what did the crash involve?