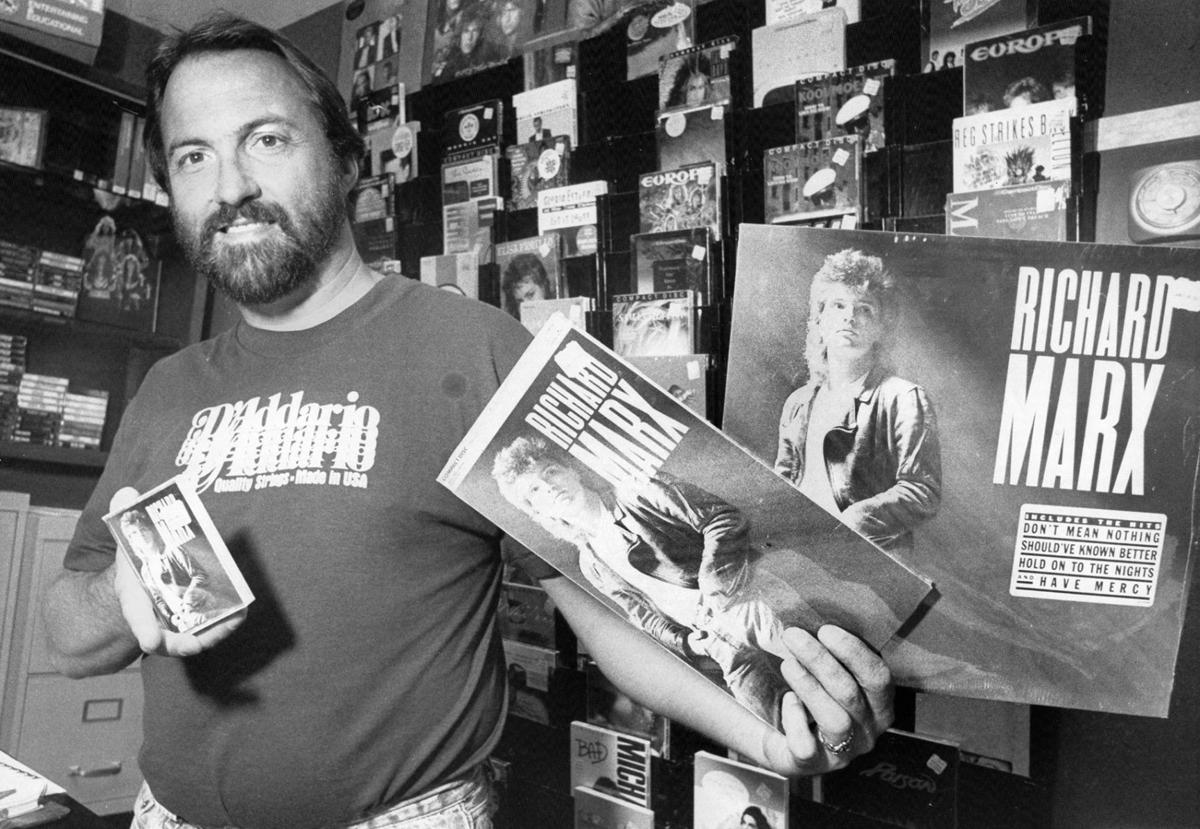 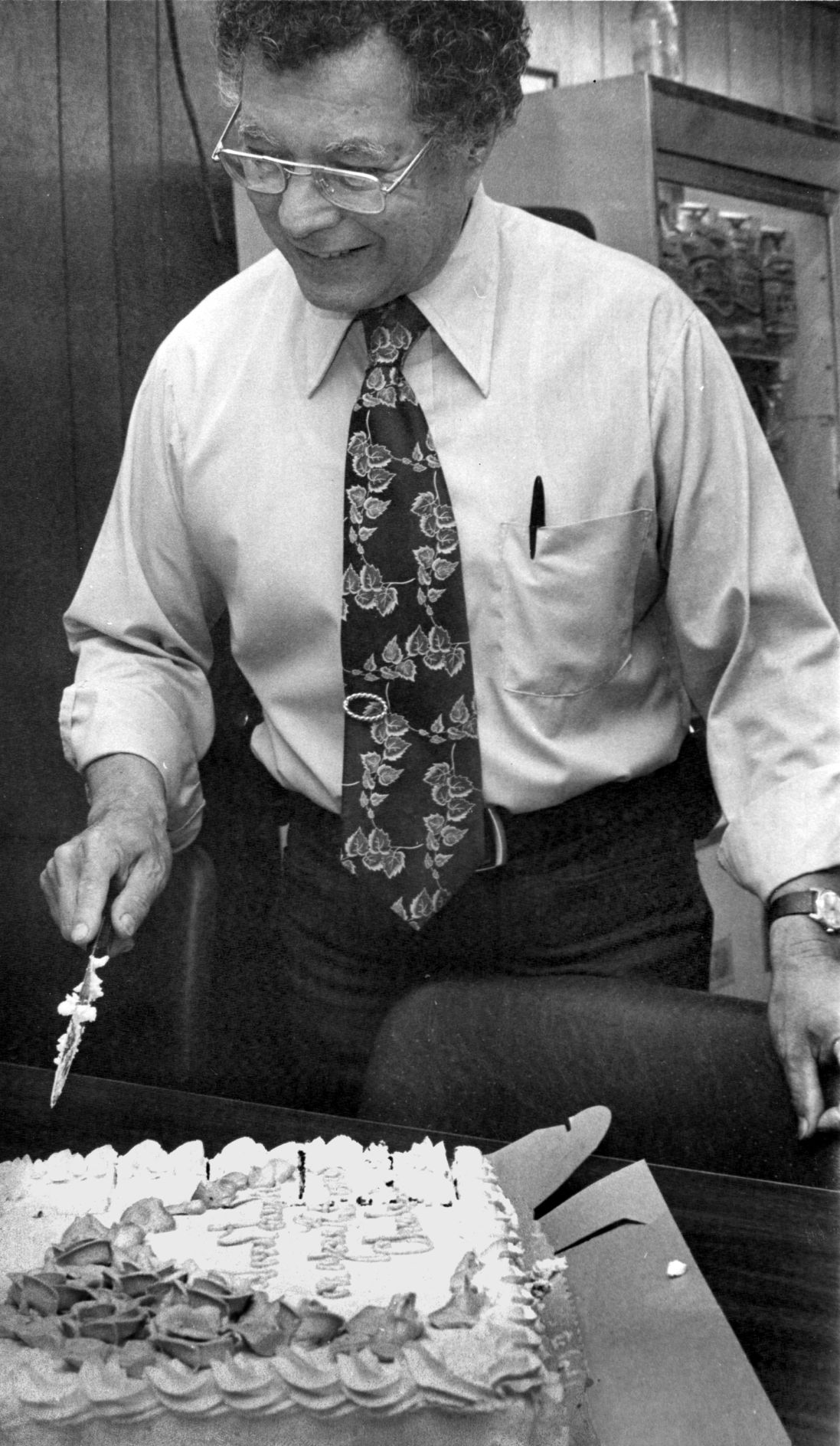 The store, now Main Street Music, is owned and operated by Ken Cefalo.

Recognizing Janis in the photo were Paul Ritter and Jeffie Evans.

This week’s mystery photo shows a Tracy man cutting a cake to celebrate an anniversary in August 1978. Who was he and what anniversary was he celebrating?