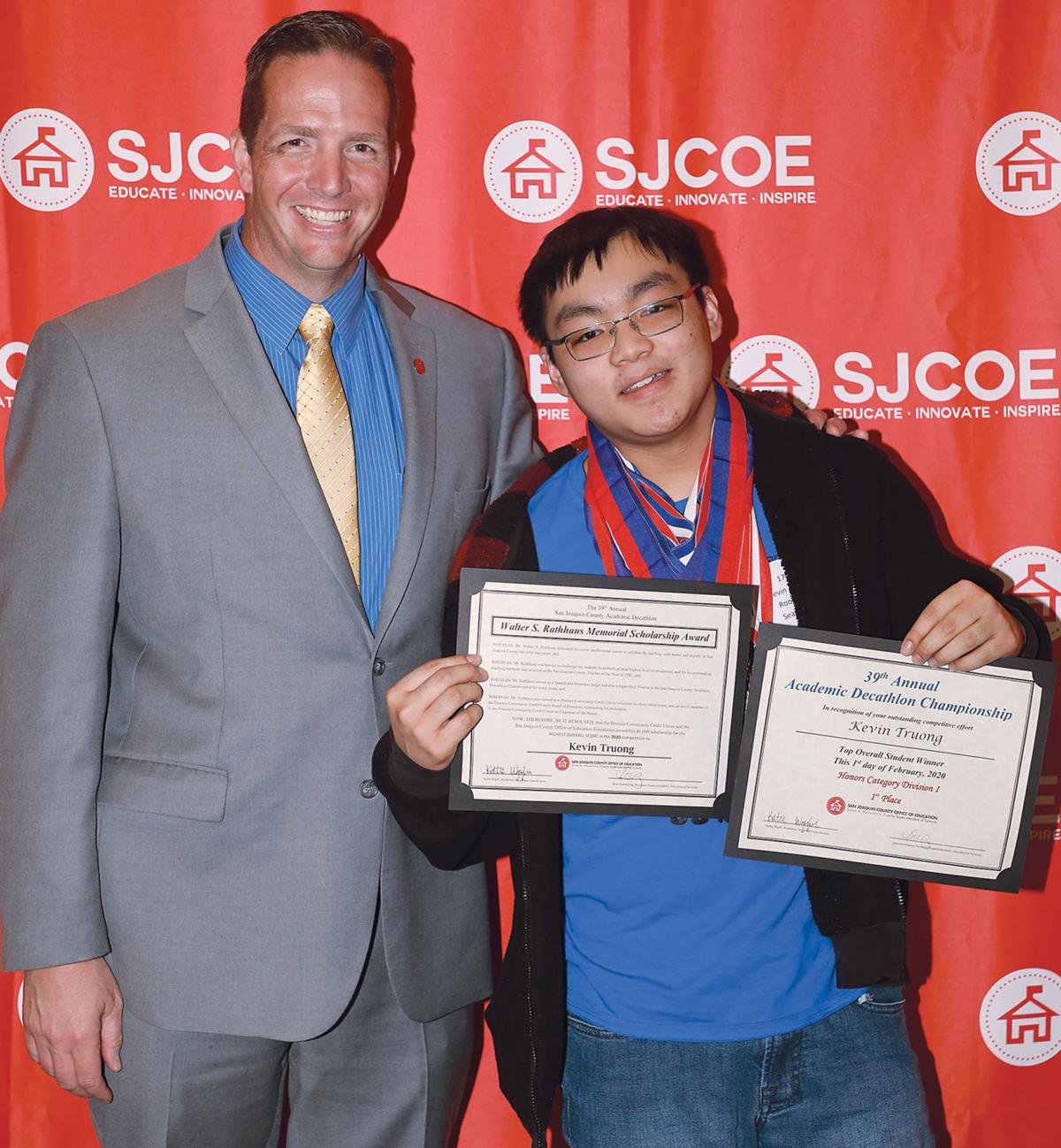 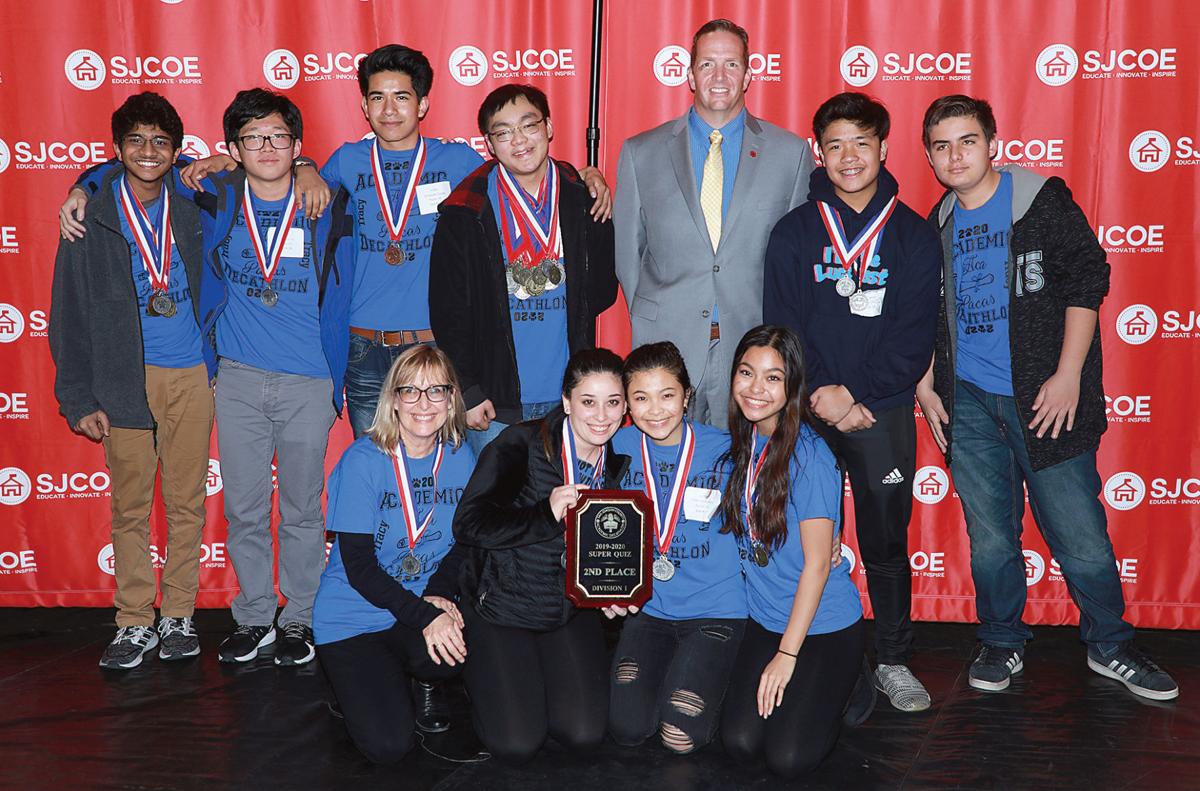 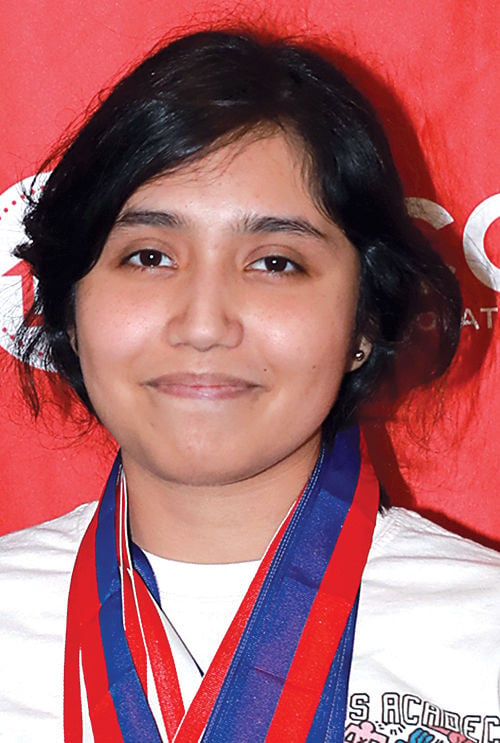 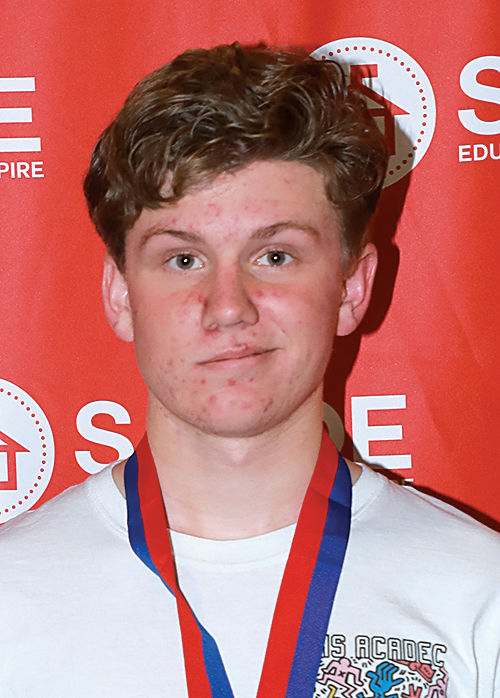 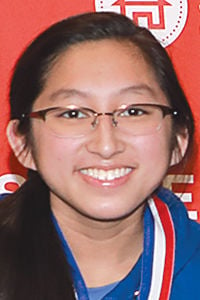 The Tracy High team placed third overall in Division 1 and came in second in the Super Quiz, a live quiz event that caps the two-weekend competition.

This year’s theme, “In Sickness and In Health: An Exploration of Illness and Wellness,” was reflected in each of the decathlon’s 10 events: an essay, an interview, prepared and impromptu speeches, and multiple-choice tests in art, economics, literature, mathematics, music, science, and social science.

In all, 268 students from 13 high schools participated in the competition. Each school could enter a single nine-person team in Division I, made up of three students in each of three GPA ranges: varsity, up to 2.99; scholastic, 3.0-3.74; and honors, 3.75 and up.

Millennium High School had two of the top scorers in the varsity category. Guadalupe Gomez Sanchez, a Millennium senior, had the highest score and received a $500 scholarship, and senior Aiden Dowell was third and took home $100.

Additional teams competed in Division 2, and some students competed individually as alternates.

The Division 1 team winner was Middle College High School, which will represent the county at the state competition next month in Sacramento.