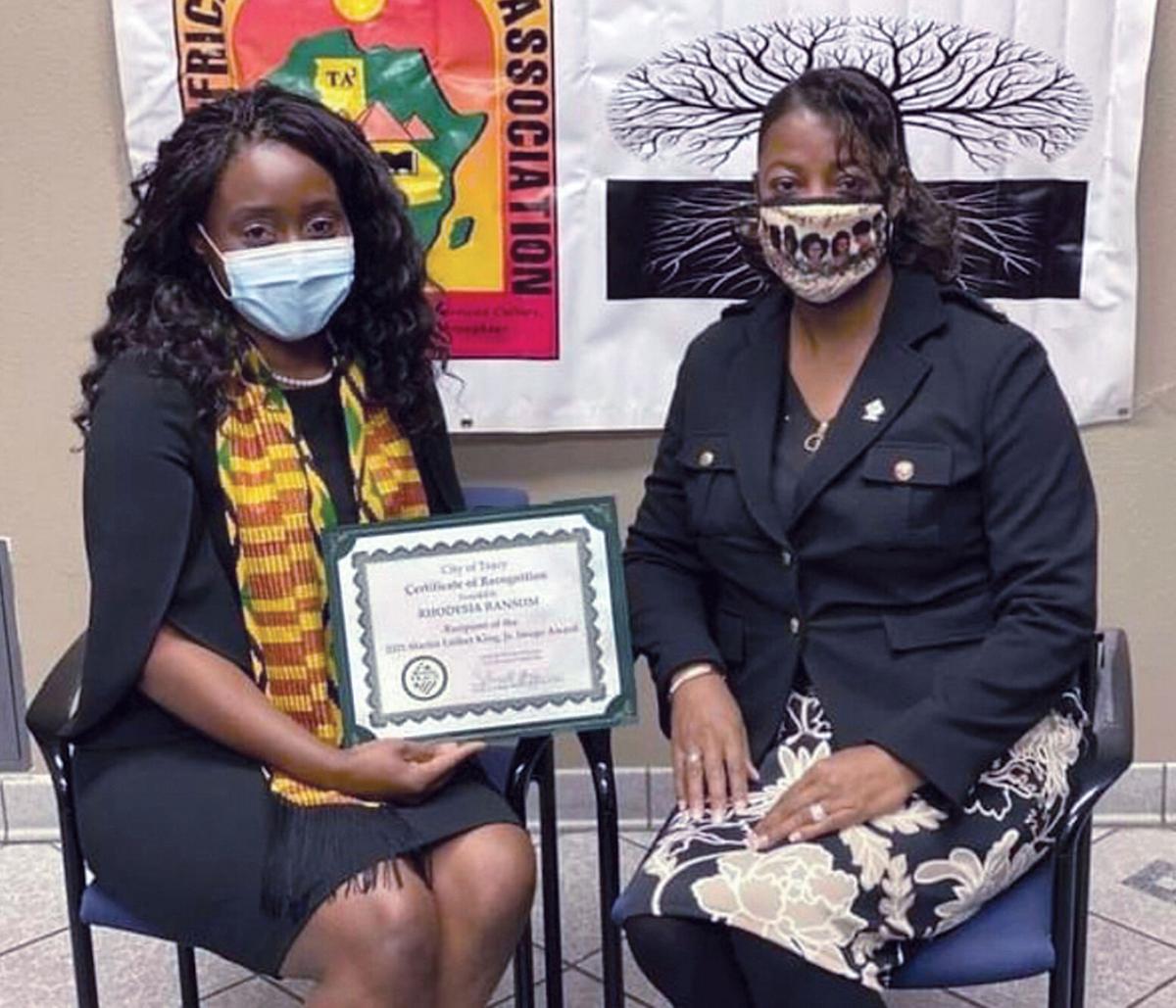 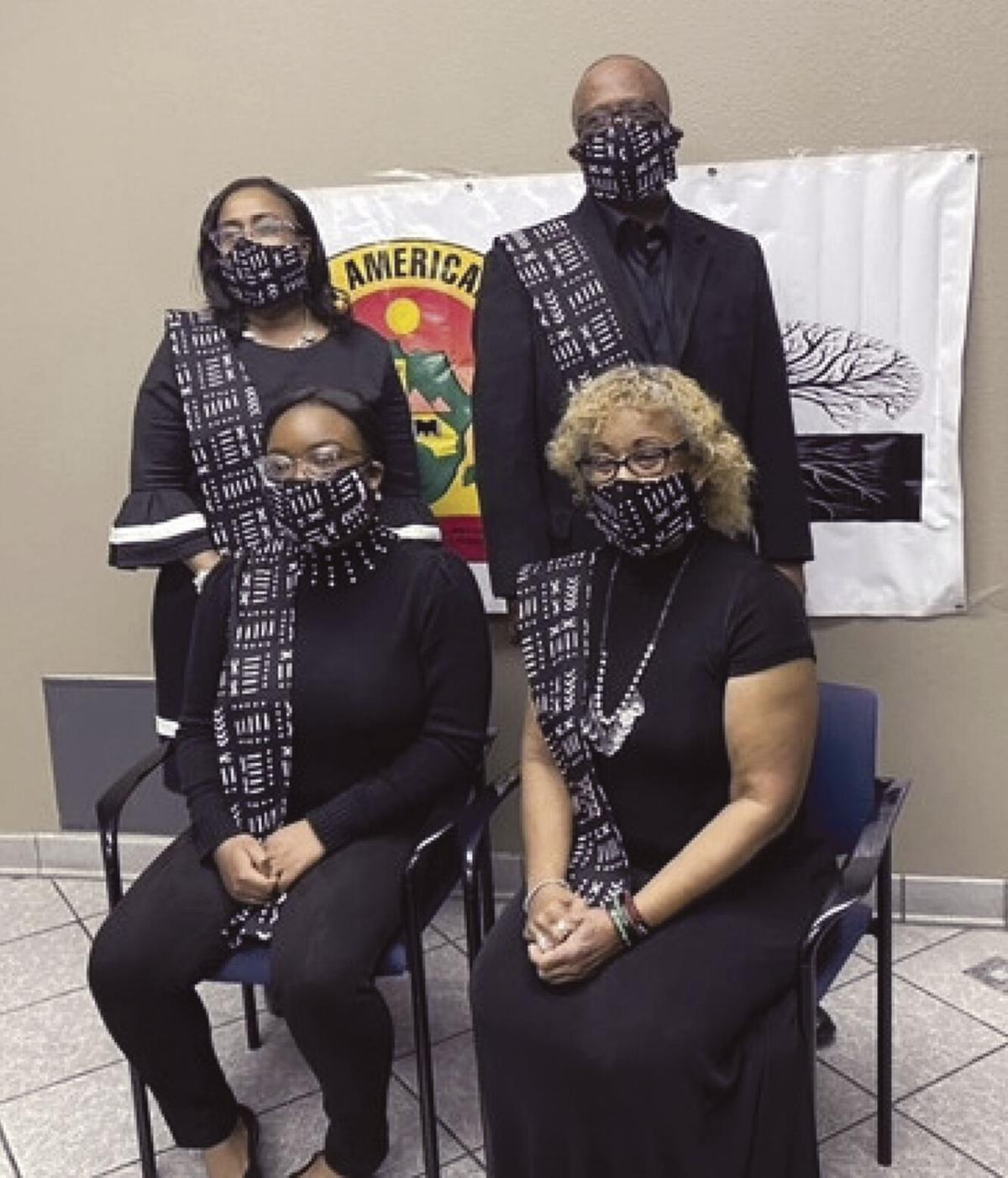 The Tracy African American Association officers for 2021 include, in back from left, Activities Chair Mishelle Neverson and Treasurer Gary Cooper, and in front from left, Secretary Saeedat Oladunjoye and President Yolande Knight.

The Tracy African American Association officers for 2021 include, in back from left, Activities Chair Mishelle Neverson and Treasurer Gary Cooper, and in front from left, Secretary Saeedat Oladunjoye and President Yolande Knight.

Each year the association honors a local person who exemplifies the civil right leaders’ commitment to peaceful change in times of unrest. Ransom said that the connection to King’s legacy makes the award important to her.

“For me it was an honor to receive an award in his honor, representing courage and progress and truth,” Ransom said.

It turned out that King’s leadership during the Civil Rights Movement of the 1960s spoke to the events of 2020. In the spring the Black Lives Matter movement again became prominent in the aftermath of George Floyd’s death while Minneapolis police detained him.

The association noted that Ransom’s response locally was to gain input from her community, including youth activists and police leaders, to create the Tracy Equity and Empowerment Initiative.

“What they highlighted was that the Equity and Empowerment Initiative was about bringing people together to address the issues at a time when people were intentionally being divisive,” Ransom said.

She and Councilman Dan Arriola drafted the initiative in July, and the full Tracy City Council endorsed the document in August. The initiative seeks to include social equity – in terms of fairness to people regardless of ethnicity, gender identity, sexual orientation, religion, disability or income – as a consideration when making city policy.

It also urges a new look at approaches to policing. Ransom rejected the idea of “defunding” the police, and she and Arriola explained at the time that it’s up to policy-makers to provide police with resources to deal with situations where use of force is not necessary, such as homelessness and mental health issues.

Ransom added that the award recognizes efforts that ordinarily are overlooked in the midst of political debates, including work on the city’s Homeless Strategic Plan.

“I am proud of the work I did and I’m glad to know that somebody was actually watching what I was really doing on the council,” she said, adding that the highlight of service and leadership is the ability to bring people together for a common purpose.

“Every achievement I’ve ever had in this community is working with other people. That’s really how you get things done, and that’s what the award represents when you look at the work that Martin Luther King Jr. did. He didn’t do everything on his own. It was all about collaboration. That’s what community is always about to me.”

The association usually hands out the award at the Tracy Unified School District and Black Student Unions Rev. Dr. Martin Luther King Jr. Breakfast, which would have been Monday on the holiday honoring King’s birthday, but that event was canceled this year because of COVID-19.

The association presented Ransom with the award on Saturday during a virtual meeting, where the TAAA also announced its officers for 2021. Yolande Knight was re-elected as president, Gary Cooper returns as treasurer, Mishelle Neverson is the returning activity chair, and Saeedat Oladunjoye is the newly elected executive secretary.

The TAAA has a virtual meeting on the first Saturday of every month, with the next meeting at 10 a.m. on Feb. 6. For information contact Knight at president@taaa.net, or call 510-589-6445.