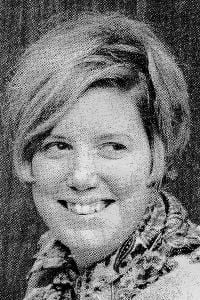 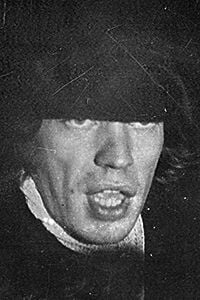 What was it like spending a cold December night in 1969 waiting for the Altamont rock concert to begin the next day?

Tracy Press readers received a firsthand account in a front-page story written by Press reporter Carol Gillan. She and another Press reporter, Pat Craig, were among those who spent the night camped out on a hillside next to the Altamont Speedway the night of Dec. 5 and 6.

The front page of the Tracy Press edition of Dec. 8, 1969, carried three stories and four photos of the Altamont rock concert.

Both Carol and Pat wrote Page 1 stories about the Rolling Stones’ free concert, which attracted some 300,000 people in 1969. Today, Dec. 6, is the 50th anniversary.

Pat covered major elements of the concert, interviewing Dick Carter, the speedway owner, and other sources of information, while Carol gave a personal account of their night on the hillside and their struggles the next day to gain a close-up view of the concert.

A sad note: Three years after writing her personal account of the Altamont concert, Carol died of a brain tumor at the age of 26. She was buried in her hometown, Concordia, Kansas. Pat and I were there at the cemetery that rainy day.

We parked our car in a maze of decorated Volkswagen micro-buses and cars and began to mingle with the crowd.

Already people were taking wooden slats out of the cyclone fences around the speedway to use as fire wood.

“How many people do you think are here?” we asked a young long-haired boy from Santa Cruz.

“I don’t know, but they’re all beautiful,” he said.

At least they were Friday night. Huddled together around bonfires in the near freezing temperatures, everyone shared what food, wine and drugs they had with others.

“Hey, ya want some wine with acid in it,” the boy asked us. We declined, but we followed him to a campfire where supposedly kids had been drinking the stuff, but then had finished it off.

We offered our wine and in return were asked to join the fireside chat group.

The people were an odd assortment of “straight” and long-haired types. A car was parked beside the gathering, blaring Stones and Dylan music from an auto tape deck.

The kids around the fire were quietly talking and watching the fire, as they passed around apples, bananas, wine, water and joints.

“This is what I always wished Scout camp had been like,” said a pretty blonde-haired girl.

A guy joined the group and said, “A truck is bringing in toilets; let’s hear it for the toilets!”

Our group began cheering. As other groups joined in the cheer the hillsides echoed with the sound, and it really did feel like a revolution had been won.

Later, after munching down some food we had left in the car, we gathered a sleeping bag, pillow and blanket and headed for the site of Saturday’s concert.

As members of the press, we were allowed access to this area which had been blocked off by security guards.

Workers were busy building the stage and setting up the lights and sound systems.

We situated ourselves on the ground near the front of the stage. Already, the area was filled with approximately 100 people in sleeping bags.

The night was cold. More people were coming in, because they had found an entrance to the area from the highway. They started bonfires and talked quietly through the night.

About 3 a.m., a guy came around waking everyone up.

“Okay, ya gotta move cause this crane has to get in here to put up the lights.”

Jagger, leader of the Rolling Stones, had driven up in a car and was talking to some movie people, but left soon afterward.

We settled down and tried to rest, but more people began coming in and setting up camp.

About 6 o’clock, a guy came around throwing out tabs of LSD to anyone who wanted them. The smell of marijuana, which had been evident during the night, was now overpowering.

It began to get crowded in our area, so we squeezed into a small opening between a dog and a trash can.

The sun was still rising when they opened the gate that had held back the hordes who had arrived the night before. They came over the hill and looked like a gush of water being released from a dam. Everyone wanted to be in front, and finally workers began roping off an area for press and themselves.

The Stones’ road manager, Sam Cutler, made some announcements telling people to move back so they could work. Crowds began filling the hills on both sides of the stage area.

At some point in the early morning, the mood around the stage changed from a quiet excitement to a tense, cramped feeling. Workers couldn’t keep people off the roped-off area. People were hassling the workers, and four-letter words became dominant.

The sale of drugs rose.

“Man, I just sold about 50 tabs with no problem,” someone said.

Cutler asked people to move off the dirt roadway so they could get equipment through. They remained where they were.

With that, and with the unceremonious arrival of the Hells Angels, the tenor of the day was set around the stage area.

When Santana began its set, the crowd surged forward through the roped-off area, and the press was warned to sit down or lose their places.

A guy freaked out on acid sat down next to us with his wife and dog. Someone touched his dog, and the guy jumped up and pulled a knife.

When they finally got him settled, a group of Hells Angels stomped across the stage carrying lead pipes. They jumped into the audience and began beating on someone. Santana quit playing, and people around the fight held up their fingers in the peace sign.

“We have a chance to have a beautiful happening here. We want this to be a party. So if everyone will settle down, we can get on with the show,” he said.

So Santana finished its set while people in the audience jammed closer and closer, dancing and gyrating to the music.

Finally, the audience was crushing the performers, and Cutler asked everyone to either sit down or move out.

We moved out because the scene down by the stage was no party. People were pushing; people were high on drugs.

These were the people who had taken the Stones’ Christmas present and ripped it apart before ever opening it.

A colleague who changed the Press

Altamont at 50: The music and the history