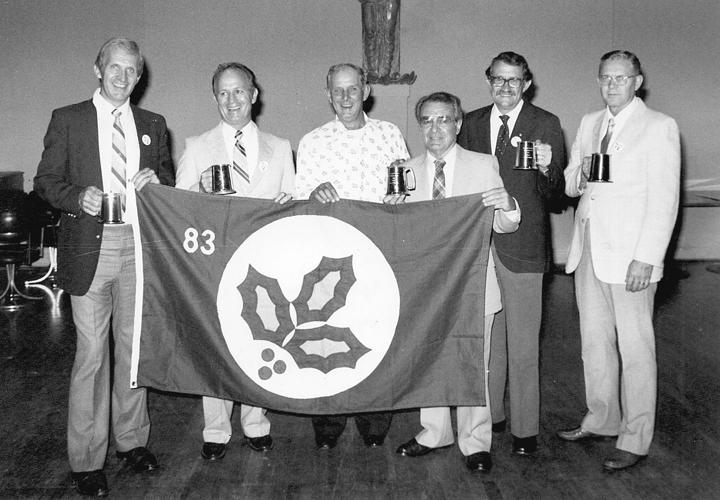 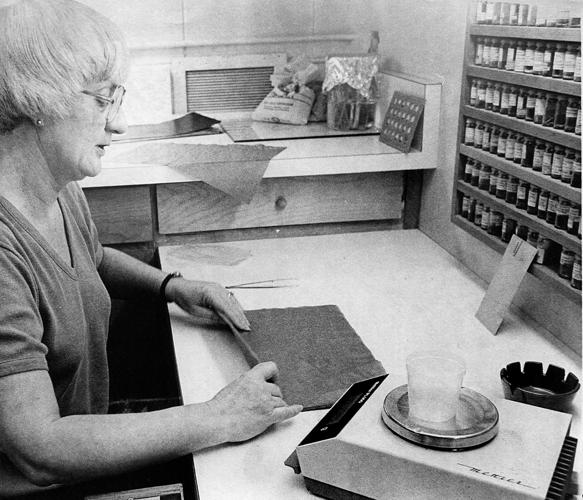 Sheila August, a research technician at Holly’s Tracy agricultural research center, goes over samples of research programs in 1981. Both agricultural and process research was conducted at the Tracy facility.

Sheila August, a research technician at Holly’s Tracy agricultural research center, goes over samples of research programs in 1981. Both agricultural and process research was conducted at the Tracy facility.

Here’s the final portion of my report on the 100th anniversary of the founding of Tracy’s sugar mill:

While operations continued, 1999 proved to be a highly successful year for the Tracy factory, which produced a record 1.9 million 100-pound bags of sugar from 831,000 tons of high-quality beets.

The beet-sugar revival was short-lived, however. Only a year later, in 2000, after efforts by Imperial Sugar to sell its Tracy and Woodland factories to the California Beet Growers Association failed, Imperial closed the Tracy factory on Dec. 3, 2000, laying off many longtime employees. The only operation kept going was packaging and shipping sugar shipped in from other plants.

In 2005, Imperial, faced with heavy financial headwinds, sold the Tracy packaging facility to the Southern Minnesota Beet Sugar Cooperative in Renville, Minnesota. The grower co-op retained 164 acres around the factory and sold 1,100 acres west of the plant to the city of Tracy. A portion of that property, originally used for broadcasting waste water into fields farmed by Holly, is now the city’s Legacy Fields sports complex.

In 2009, the co-op sold the remaining 164 acres of the Tracy factory to an investment firm in Lafayette, which has tried to lease parcels to small industries. One firm’s plan to distill sugar beets into alcohol was stillborn. What is called the Holly Commerce Center now posts “for sale” signs at the entrances.

The vacant main factory building and some adjacent structures have been demolished, and only several trucking yards appear to be in operation.

In years past, when the Holly factory was in full production, several parts of the property not directly involved with making sugar housed busy, important facilities.

In the years ending with the end of World War II, a two-story hotel mostly served seasonal workers. The hotel had a cafeteria-style restaurant for residents and also for workers beginning or ending shifts.

Tracyite Darline McLeod recalls that her father, Bill Huffman, managed the restaurant for several years during World War II in the 1940s.

Elizabeth Fairbanks Cook reported her father, Richard Fairbanks, came to work at Holly in the early 1930s and met his wife, Ella Mae, at the restaurant while she was helping her mother, Narcissus Noblitt, in working at the hotel.

“Oh yes, for three generations, Holly Sugar was a big part of our family’s lives, like a lot of people in Tracy,” Liz said. “My dad worked at Holly for 43 years, retiring as foreman of the packaging department. I met my husband (Fred Cook) at a Holly picnic. And both our kids worked there during ‘campaign’ months.”

Fred started as an electrician in 1949 and moved up the ranks at the Tracy plant to be master mechanic. He became Western Division process manager before retiring in 1998.

In 1940, Holly opened a feed lot next to the plant, feeding cattle with sugar-beet pulp, closing it in 1968.

A separate building housed Holly research laboratories, one for agriculture and another for sugar processing. The ag lab conducted continuing research on developing sugar beets and farming practices to withstand the diseases that periodically threatened crops. New varieties of sugar beets were developed through plant breeding, giving Holly disease-resistant varieties of seed to sell.

Dr. Don Dickenson, who later became Holly’s chief of research, for many year directed the Tracy ag facility, one of the most productive in the beet-sugar industry.

At the process lab, efforts to more efficiently turn beets into pristine granulated sugar were under constant study and analysis. I recall Dr. Curtis Melville was the lab’s director for a number of years.

The A-frame building where beet pulp was dried before the “race tracks” were built still stands, but it was damaged by a fire in 2014.

One separate structure at Holly had a very short tenure. That was the high-fructose corn syrup plant, which was opened in 1978 in an effort by Holly to tap into the growing corn syrup market used for soft drinks and processed foods. But the prefabricated plant never came anywhere close to working properly and was closed after three years; it was dismantled and its parts shipped to Indonesia.

Over the years, Holly’s plant had a number of managers, and all had different management styles, according to Sandy Norris, who was the managers’ secretary and human-resources manager before retiring after 35 years.

I recall Clyde Abbott, John Wilson, Sam Bragg and Louis Garcia having some of the longest tenures over the years, and Joe Fiack was longtime farm manager.

“Hiring and firing became part of my job,” Norris reported. “Some jobs at a sugar factory can be hard, sometimes dirty work, and not everyone wanted to do that. Those who did had a way to start a steady job with pay that was better than average for laborers.”

At the end of its existence, Holly’s Tracy plant and nearly all of the original 14 sugar factories in California were doomed by increasing production costs, especially for energy (natural gas and electricity); by additional environmental controls; and by an inability to attract enough farmers to grow beets, reported Frank Campbell, controller of Holly’s Tracy operations before retiring in 1997.

“In contrast to farmers in the Rocky Mountain states and Midwest, farmers in California had other options in what they grow,” he said. “It was a combination of things, but the economics of producing sugar in California increasingly just didn’t add up.”

The sweetest era in Tracy history

Sam Matthews recounts the history of the company that built those tall white towers on the north side of town.