Starting at
$52.00 for 365 days
Get Started
View all rates
You are the owner of this article.
Edit Article Add New Article
You have permission to edit this article.
Edit
Welcome, Guest
Celebrate Tracy
News
Voice
Our Town
Sports
Datebook
Obituaries
Advertising
Classifieds
Special Sections
1 of 12 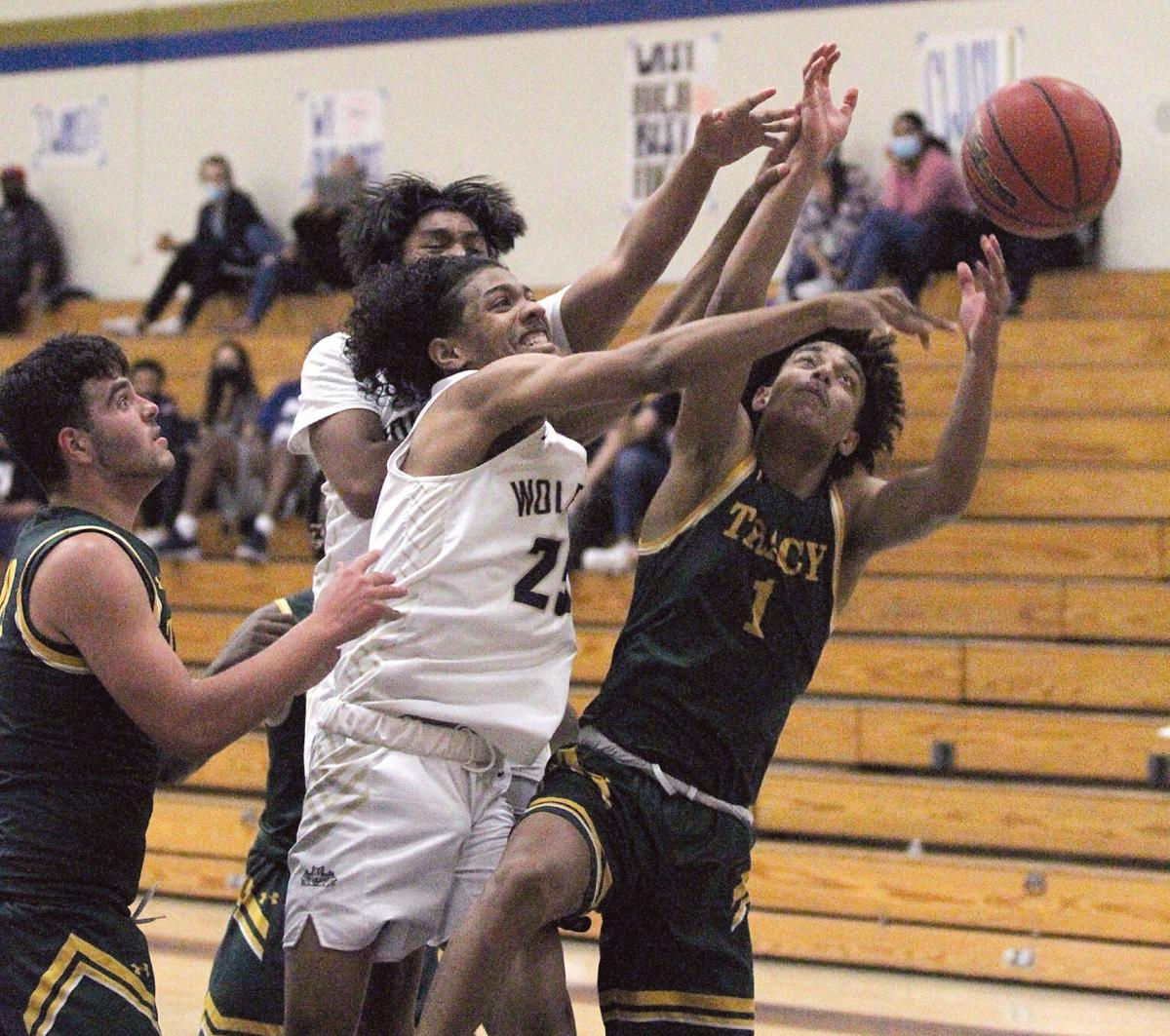 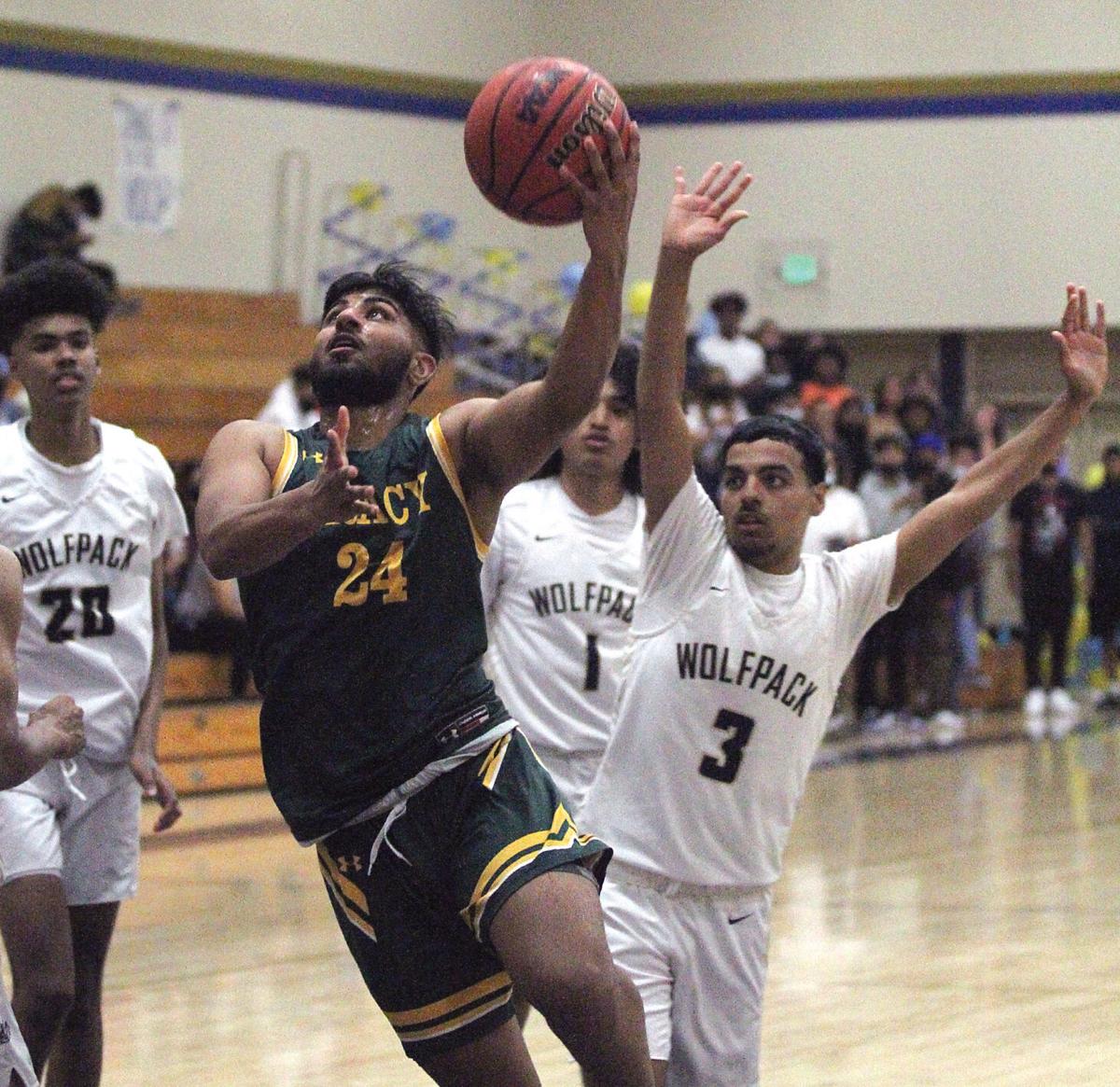 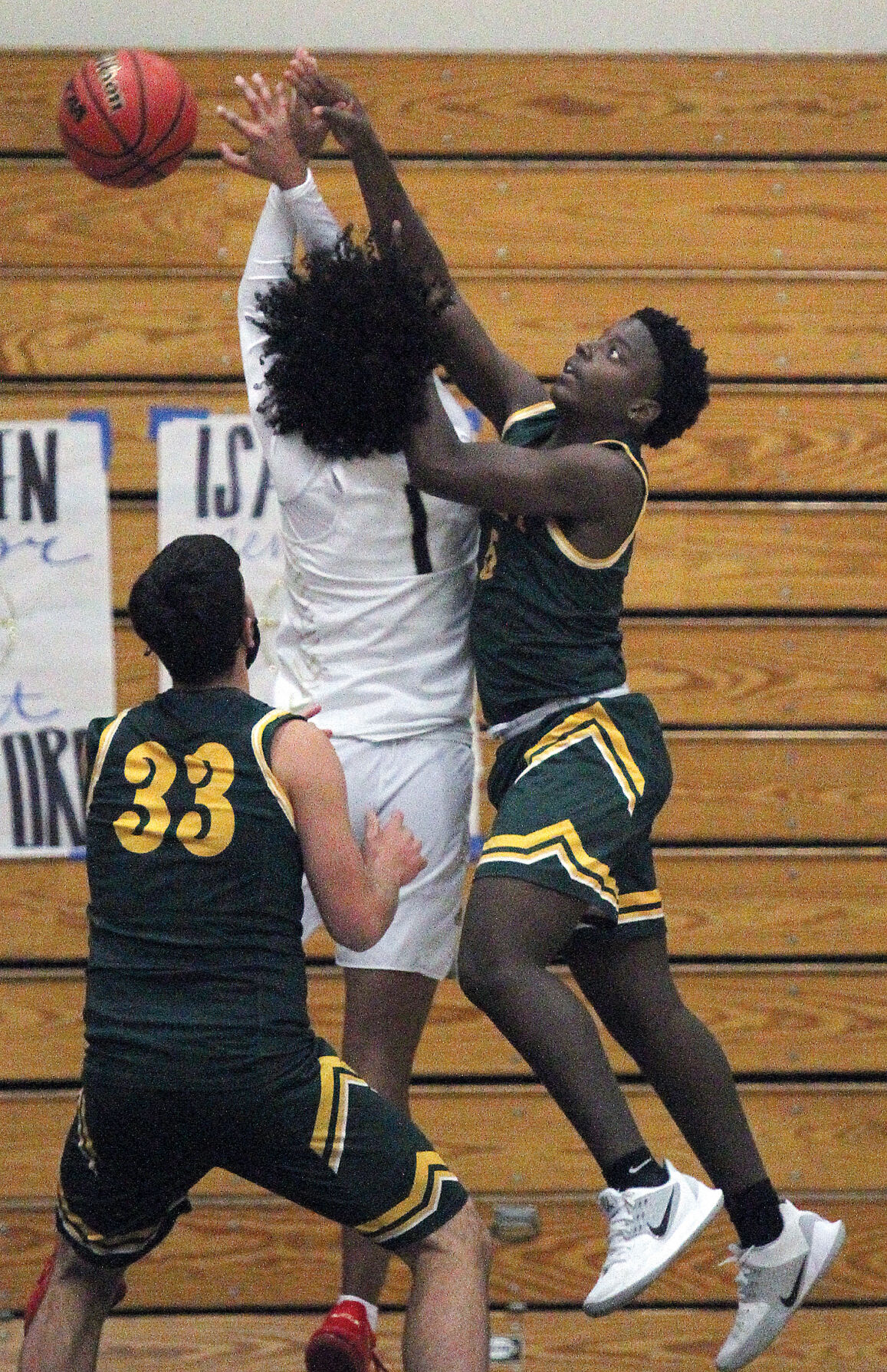 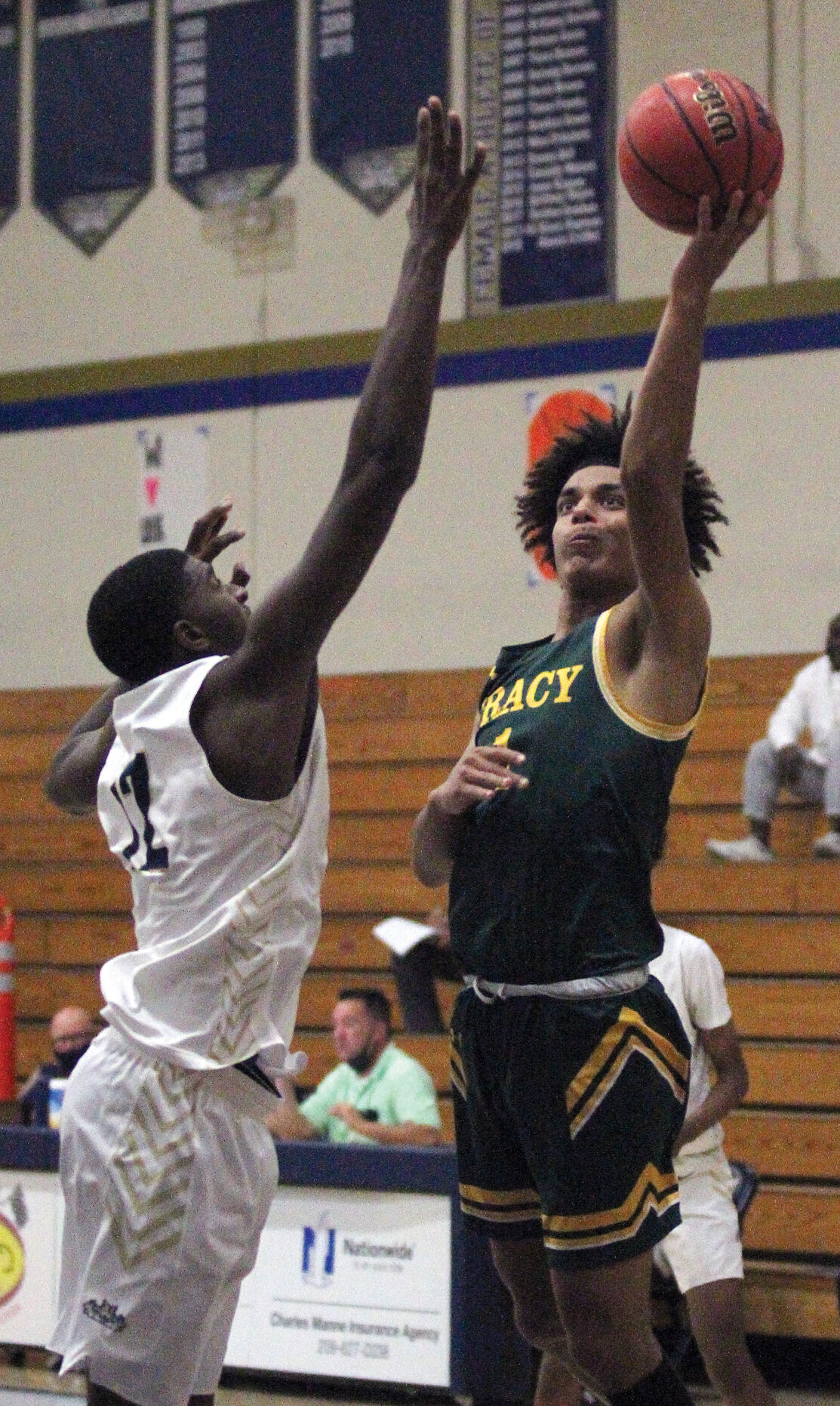 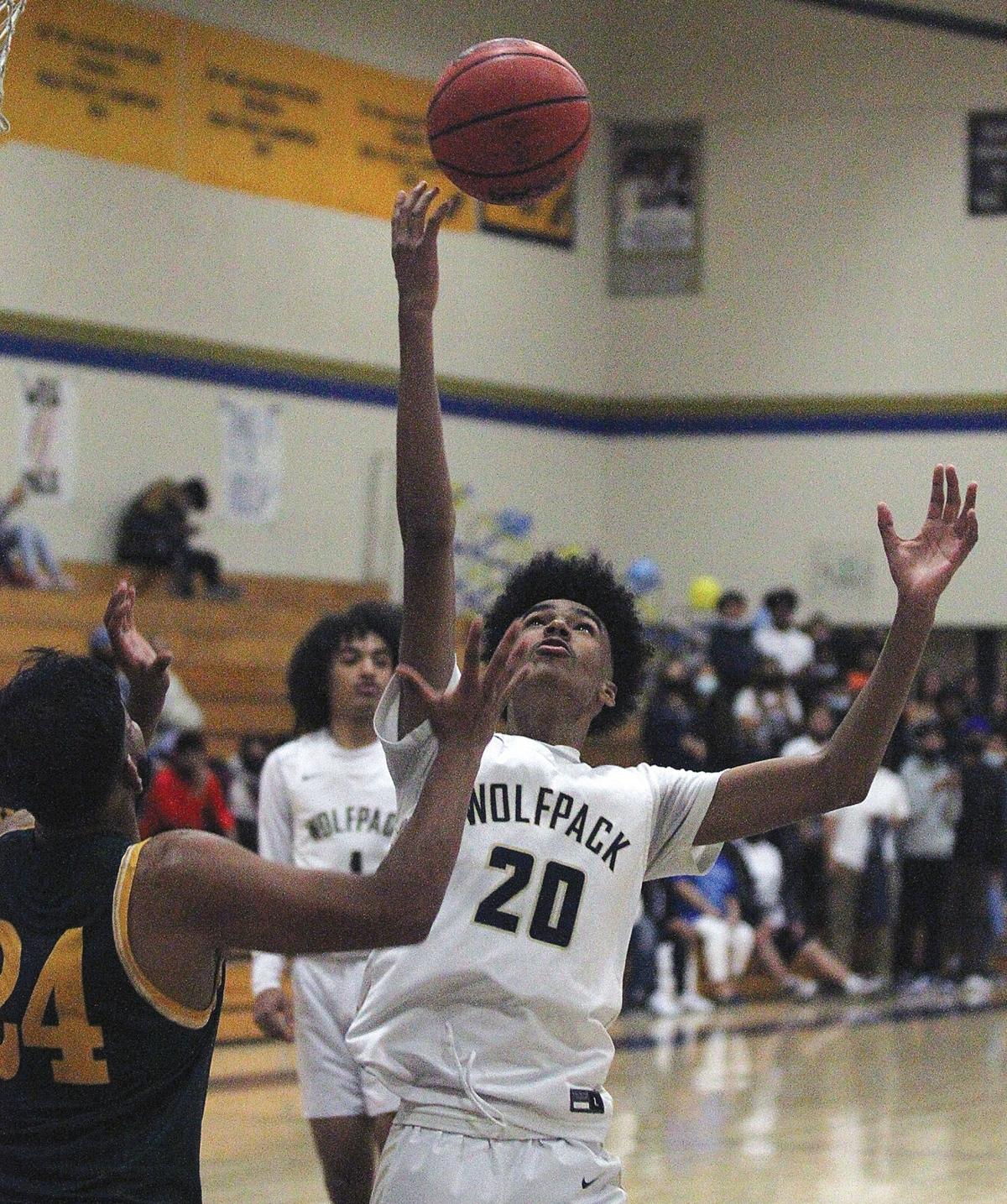 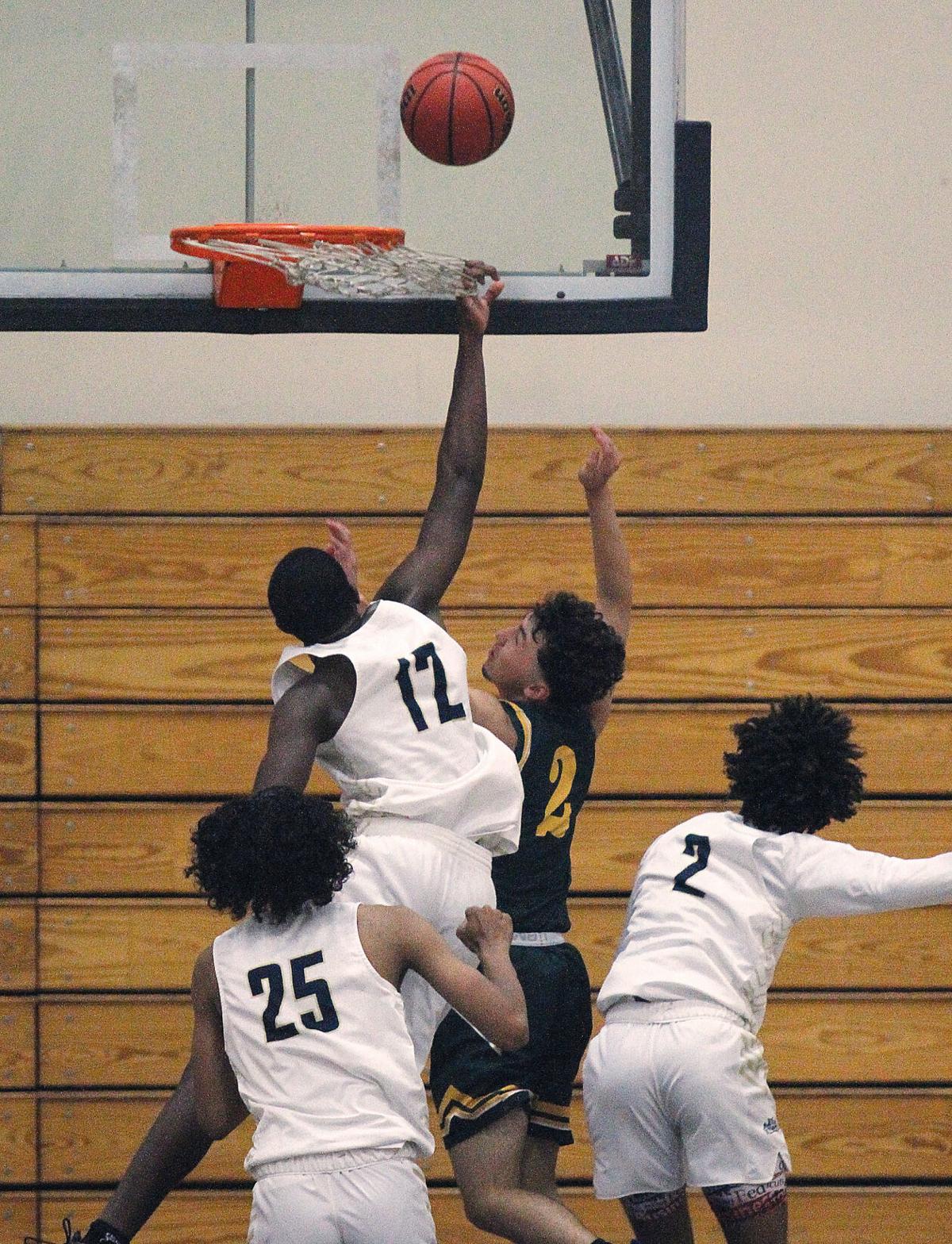 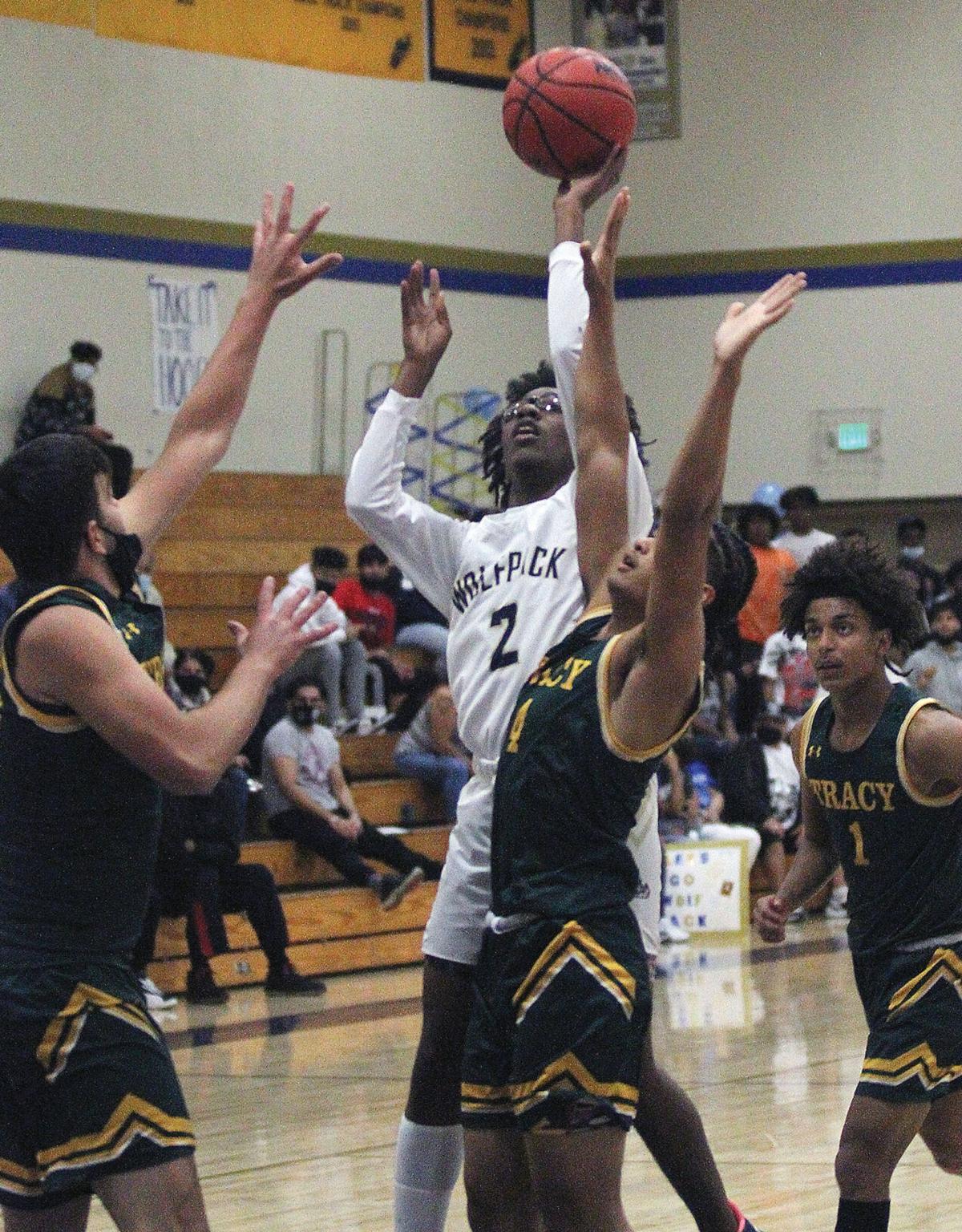 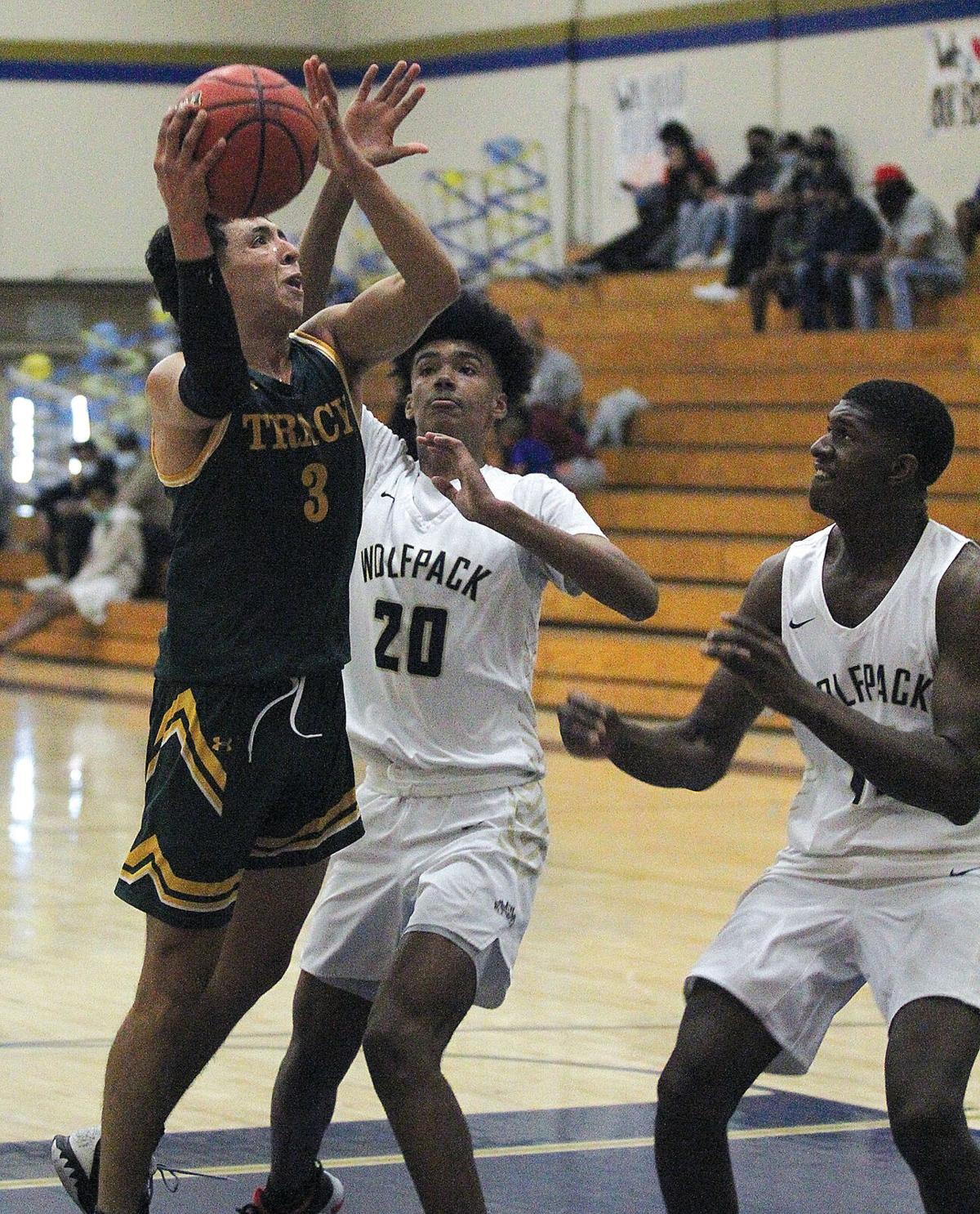 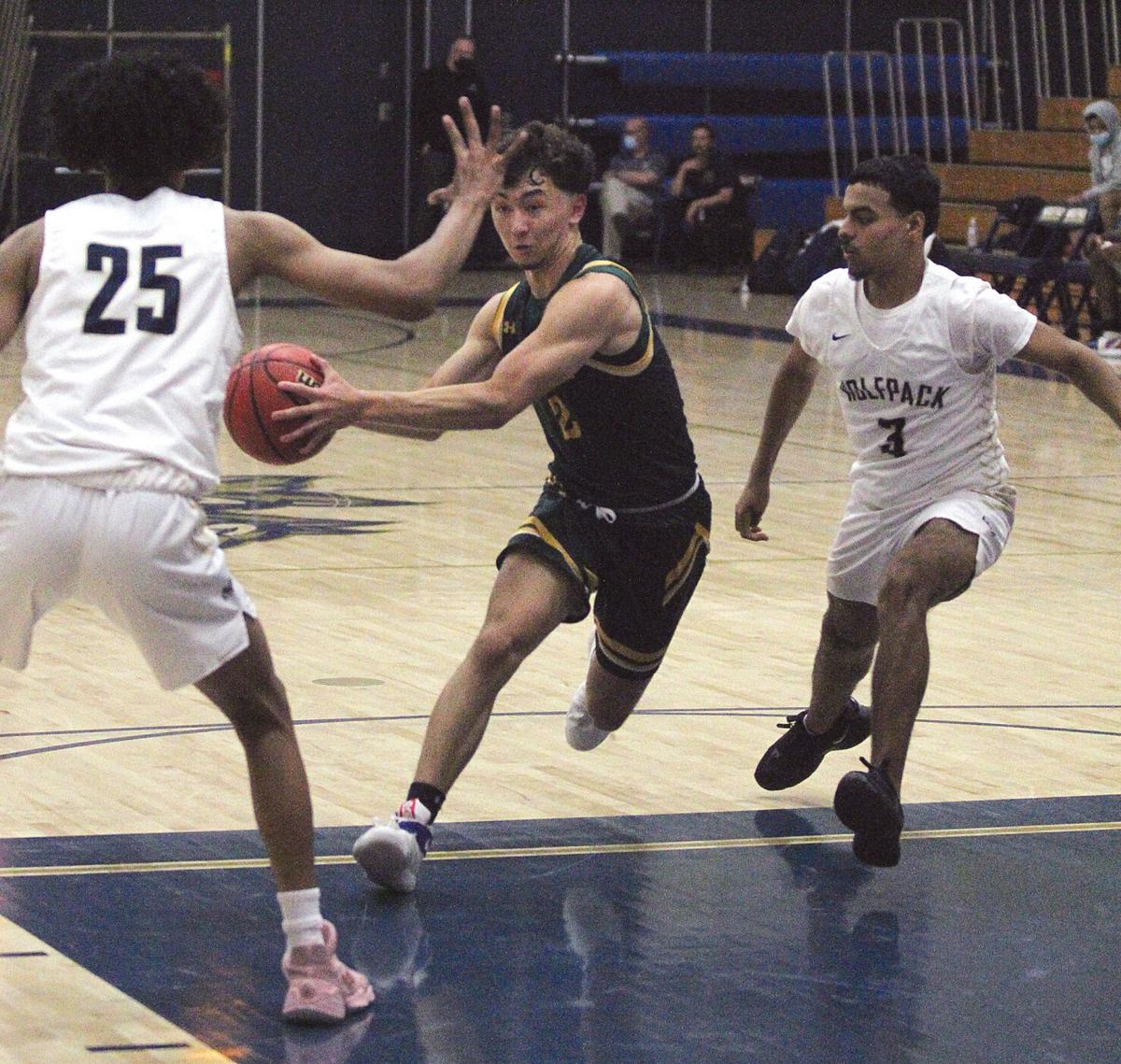 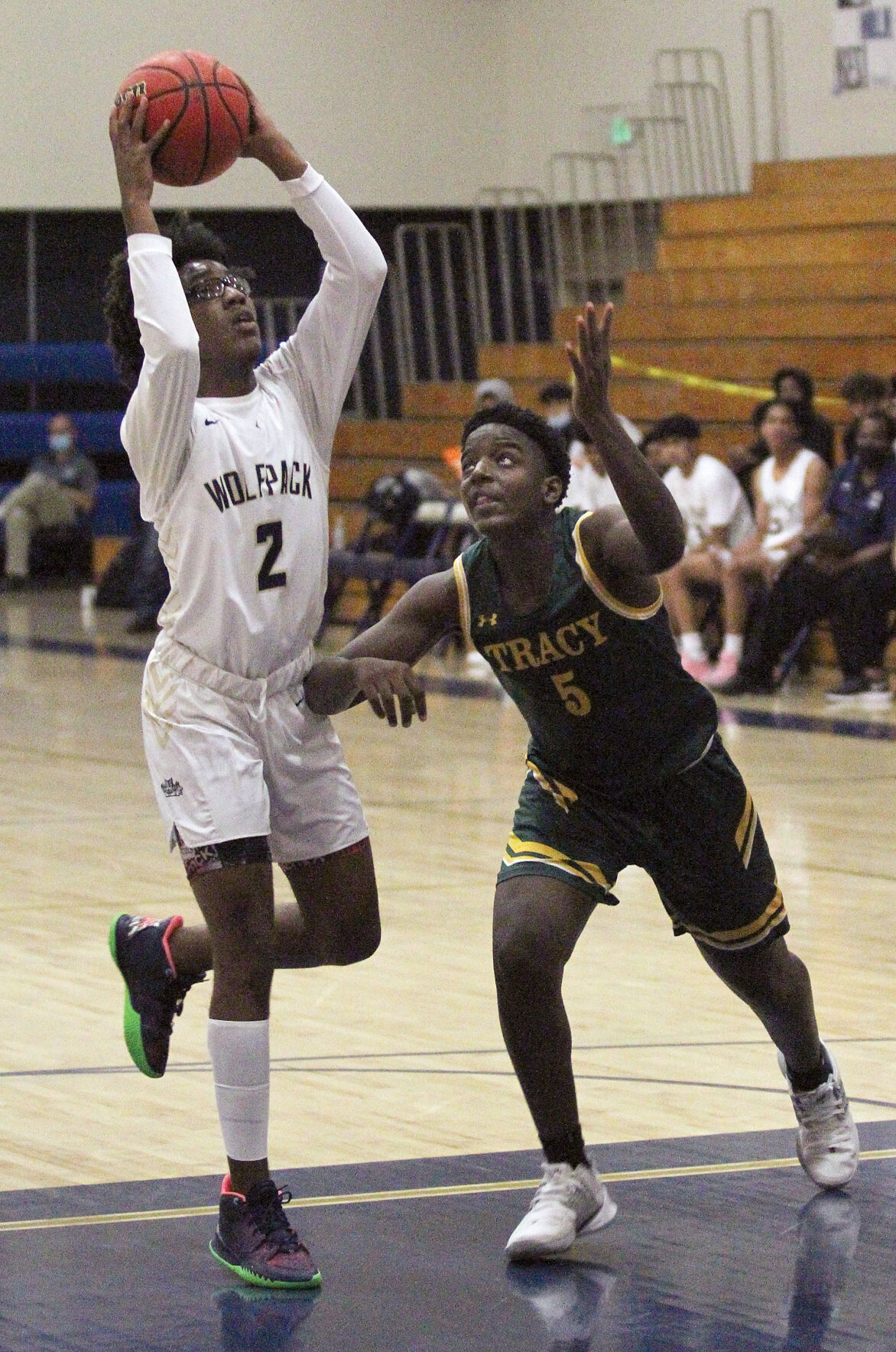 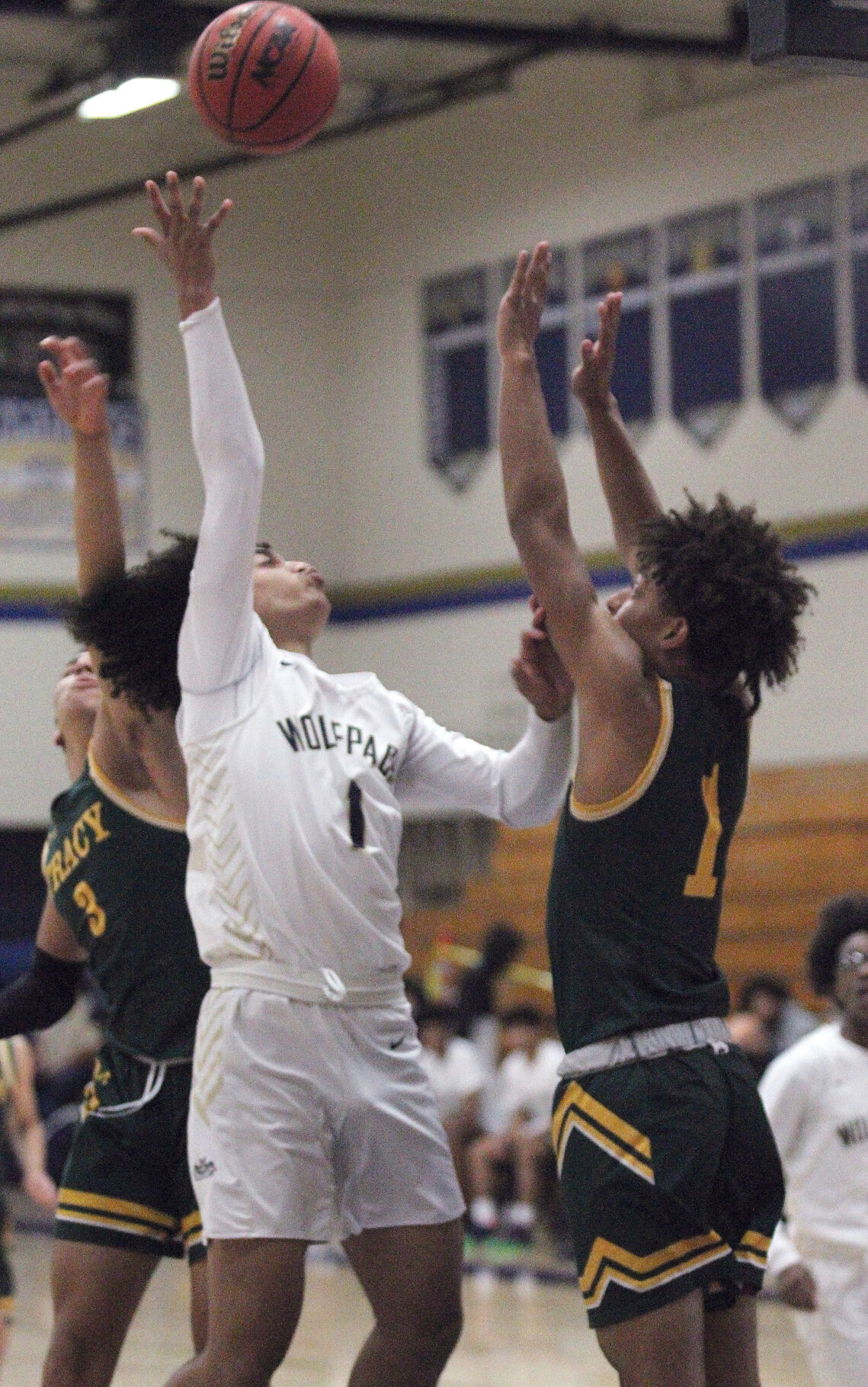 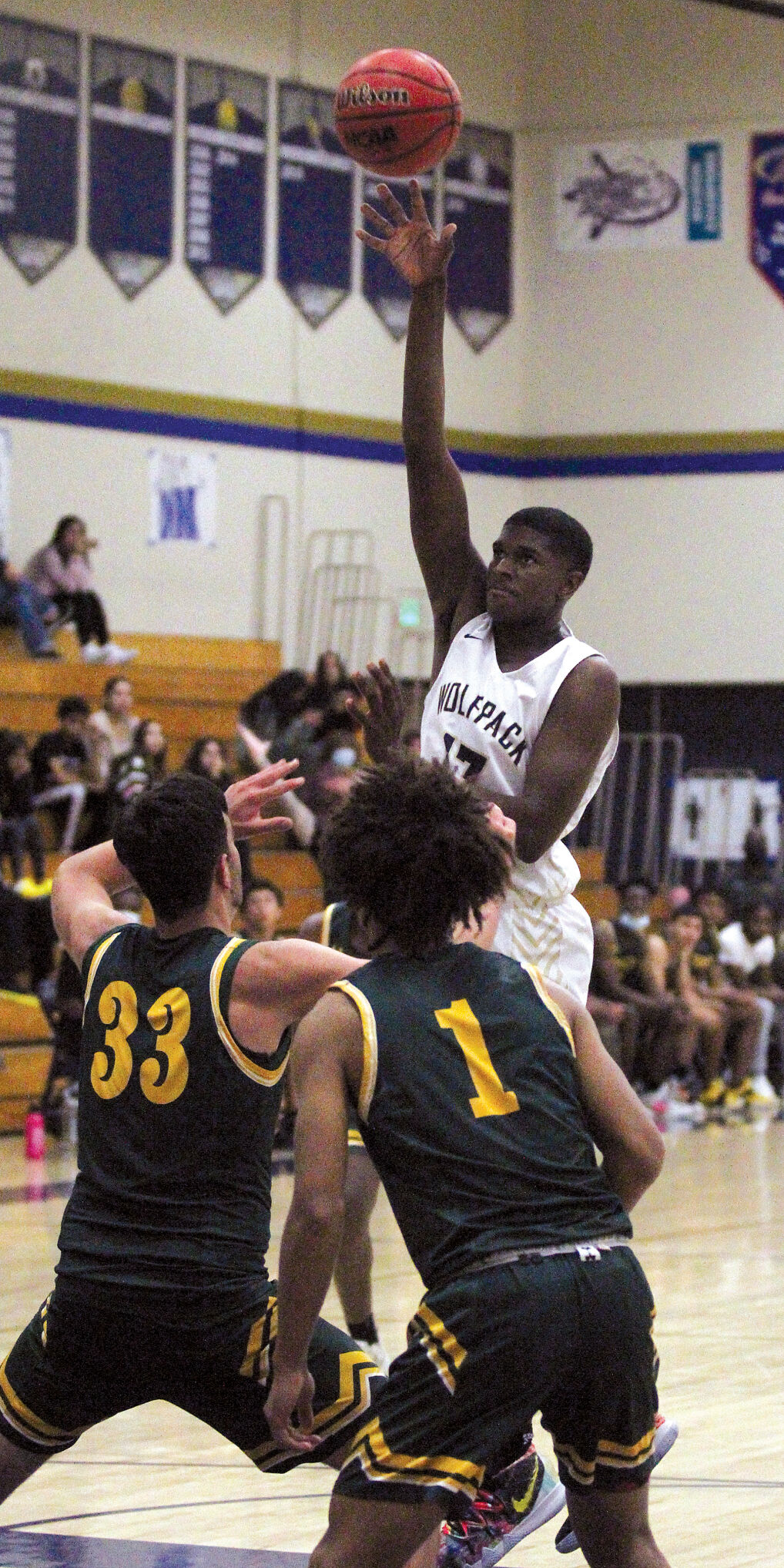 The boys crosstown basketball game between the West and Tracy High teams started off as a close contest. By the second quarter, the Wolf Pack had taken control for a 24-17 lead at the half, and West continued to extend its lead through the second half for the 61-41win on Friday at West’s Steve Thornton Gymnasium.

“We knew they were a tough team and we would have to start off strong,” said West senior Parmeet Gill. “We couldn’t slack off in the beginning, so we had to come out as a team and just want to win.”

It concludes a shortened season where West went 7-4 overall, including a 3-3 record against the Pack’s Tri-City Athletic League opponents.

“We started off a little rough, but when we played as a team and started winning more, we finished off with a winning record,” Gill said, adding that the short season gave West a chance to form into a unit and create a core of players for next year. “We’ve been playing together for a long time, and with some of the new freshmen we had to build the chemistry with our team.”

Senior Simeon Sims said it added up to a good experience for all of the players on his team.

“We had 11 games in 22 days and not a lot of experience or practice, but we came through and had a really good season. I’m proud of all the guys,” he said. “It felt like a family program. I really enjoyed playing this year.”

Friday’s game started off close. West scored first and Tracy briefly held the lead early in the first quarter. Once they got into the second quarter, the Wolf Pack continued to extend its lead, and in the third the Pack opened with a 9-0 scoring run while outrebounding the Bulldogs and continuing to force turnovers.

The Bulldogs finished their season at 1-5 against TCAL opponents. Coach Junior Cueva said he was grateful to get in a season for the seniors and upcoming players.

“We’re young. We’ll go back to the drawing board Monday to see what we could do,” he said.

The Millennium girls got scoring contributions from everyone on their roster in the Falcons’ 57-15 win over Elliot Christian on Friday at Tracy High.

The Elliot Christian Eagles opened with a 10-4 first-quarter lead on Friday at Tracy High. The Millennium Falcons came back in the second quarter to hold a 27-22 lead at the half, but the Eagles took over again in the third quarter on the way to their 58-47 win.

The Tracy High girls outscored West in every quarter on Thursday at Tracy High, leading to a 61-35 win for the Bulldogs.

Tracy got scoring contributions from nearly everyone on the roster, including 13 points from senior Kayla Vieira and seven points each from junior Vanessa Lang and senior Tima Williams.

Junior Ashley Chan was the Wolf Pack’s scoring leader with 26 points, including four 3-point shots and eight of 13 free throws.

The Mountain House girls played a competitive matchup on May 20 as they hosted the Patterson Tigers for the Mustangs final home game of the season.

The game was competitive from the opening tip-off tip with senior Maya Gorman bringing aggressive play to the Mustang's defense, but the Tigers kept up their pace to hold an 18-5 lead at the end of the first quarter and a 27-16 lead at the half.

Patterson started the third with a 6-0 run and stayed strong on defense to hold a 41-21 lead going into the fourth. The Mountain House girls battled through the fourth quarter and gained some momentum with Gorman’s defense and shots from sophomore Cayla Alvarez, sophomore Sariah Fobert, senior Emma Fry and freshman Lauren Estrella.

Fobert led the Mountain House offense with a team-high 11 points, and she grabbed eight rebounds. Gorman and Alvarez scored 10 points each, and Alvarez pulled in 17 rebounds.