Starting at
$52.00 for 365 days
Get Started
View all rates
You are the owner of this article.
Edit Article Add New Article
Welcome, Guest
News
Voice
Our Town
Sports
Datebook
Obituaries
Advertising
Classifieds
Special Sections
1 of 9 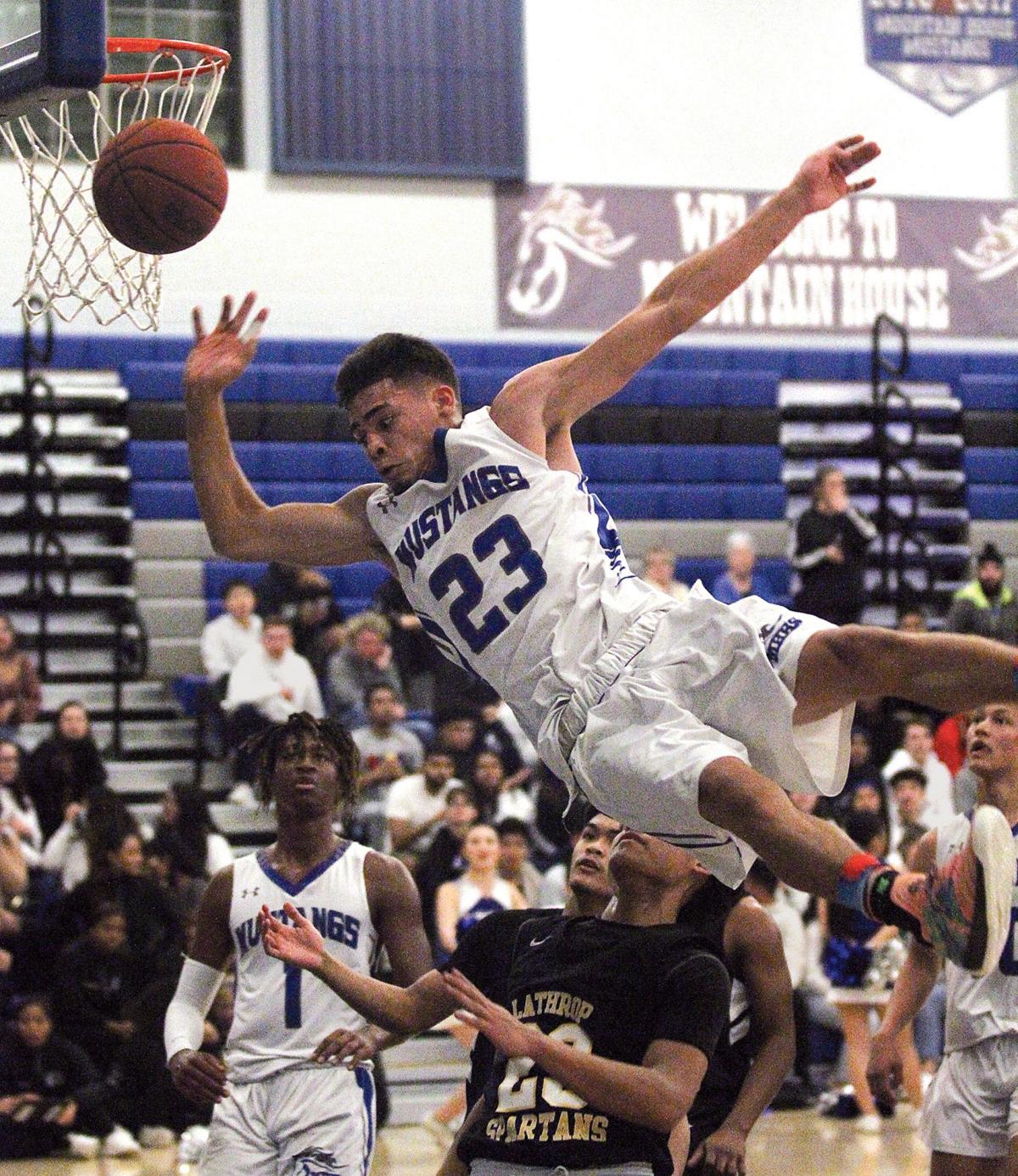 Mountain House senior David Gomez is fouled by a Lathrop High player on the way to the basket Friday night at Mountain House High. 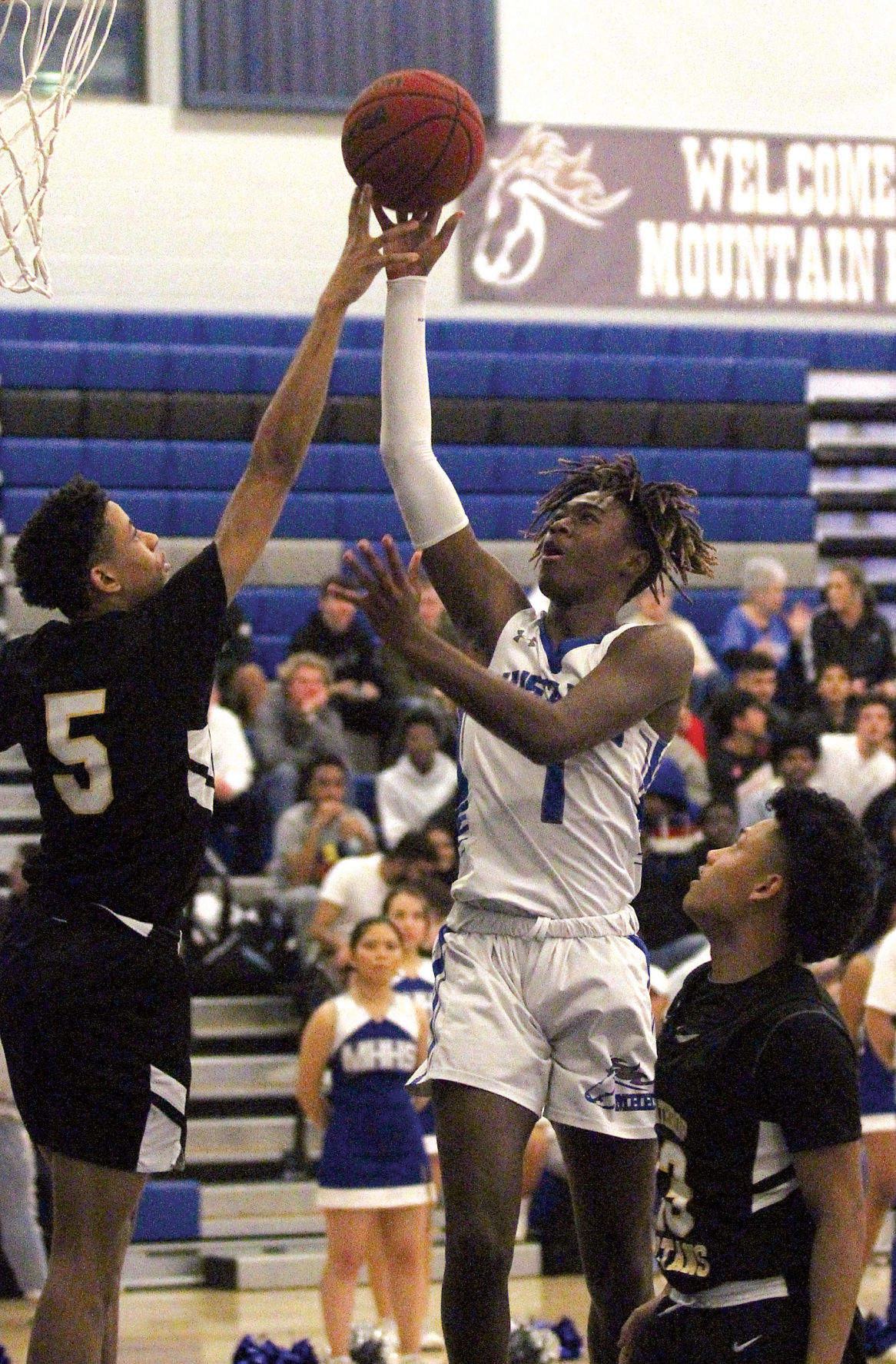 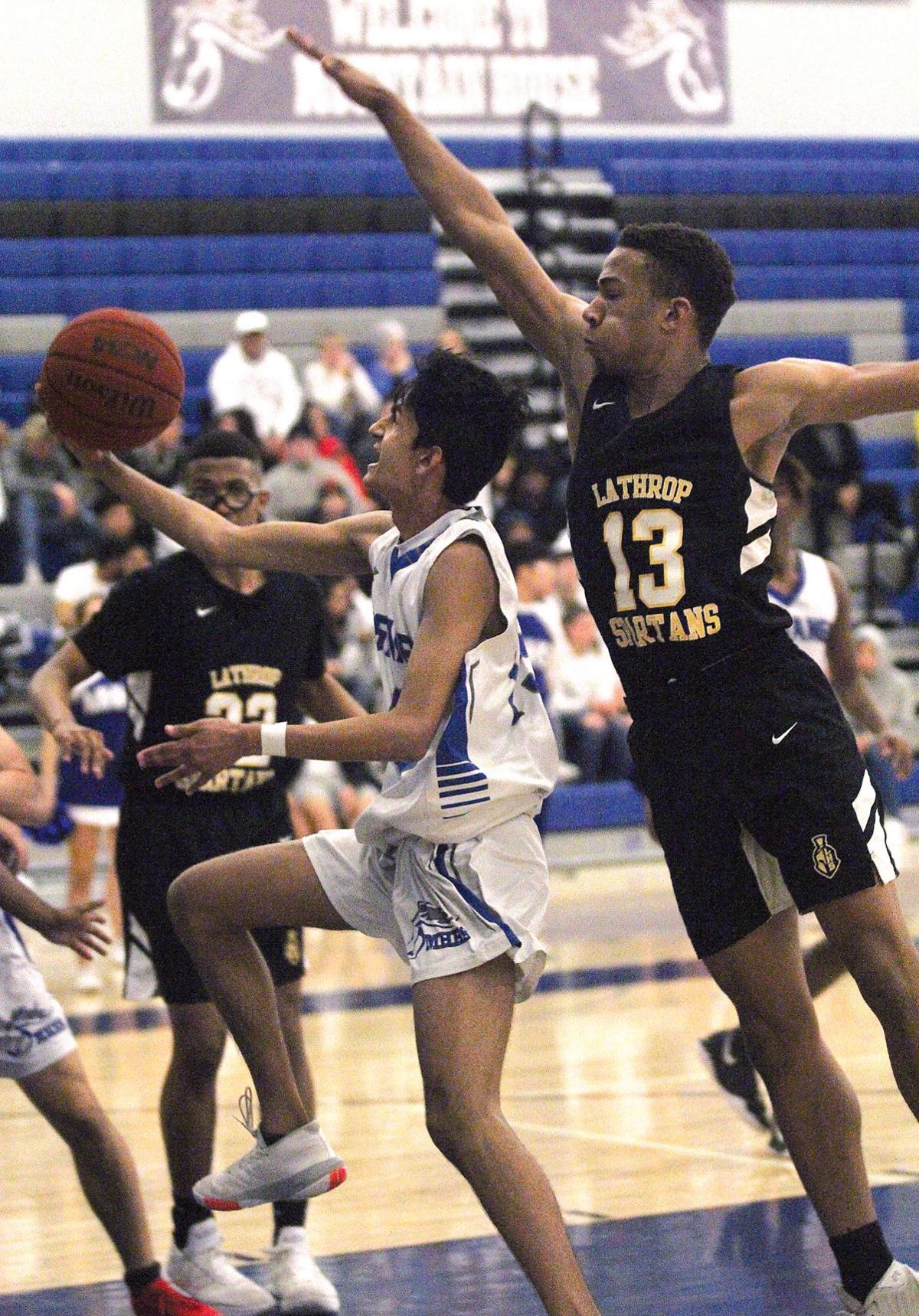 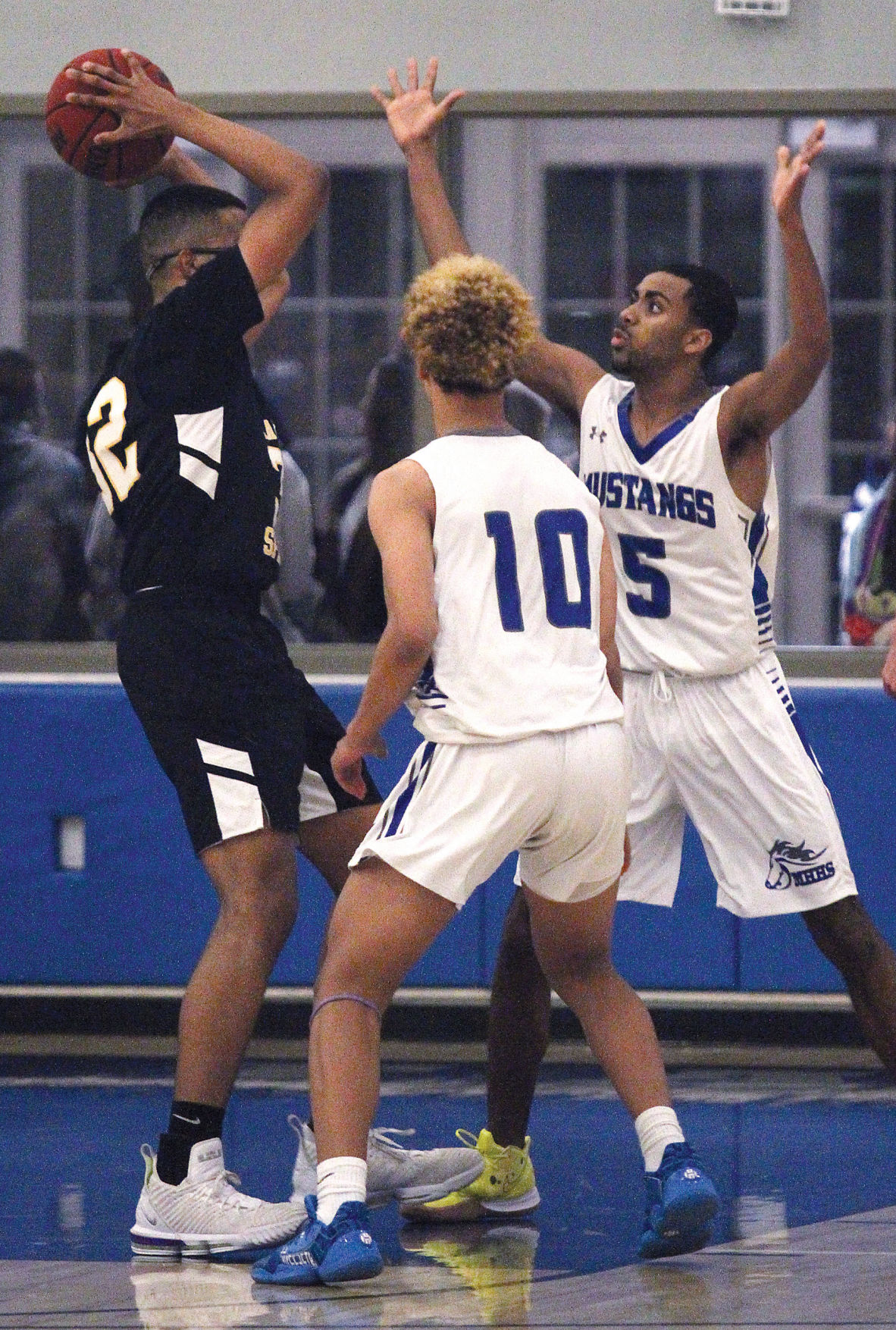 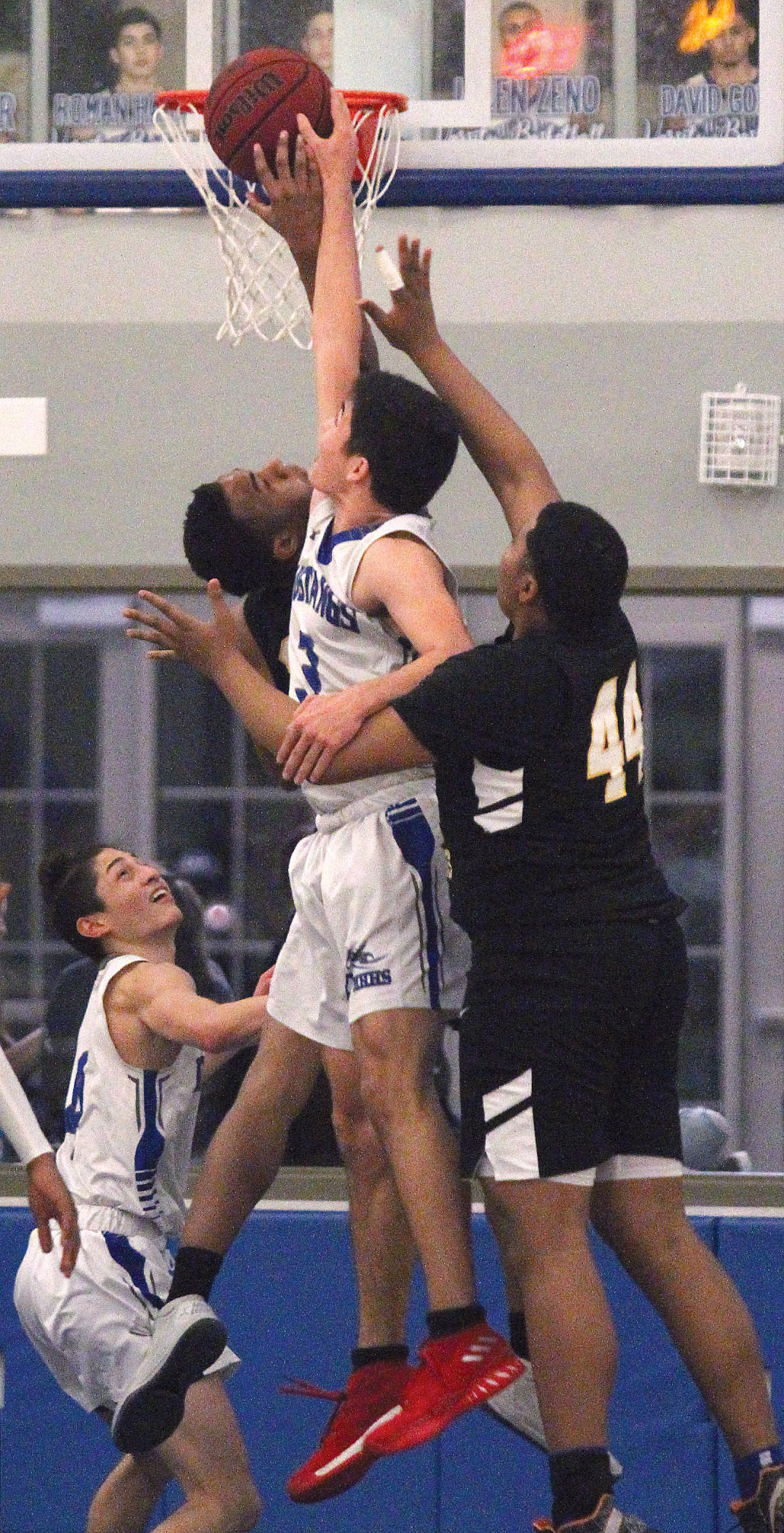 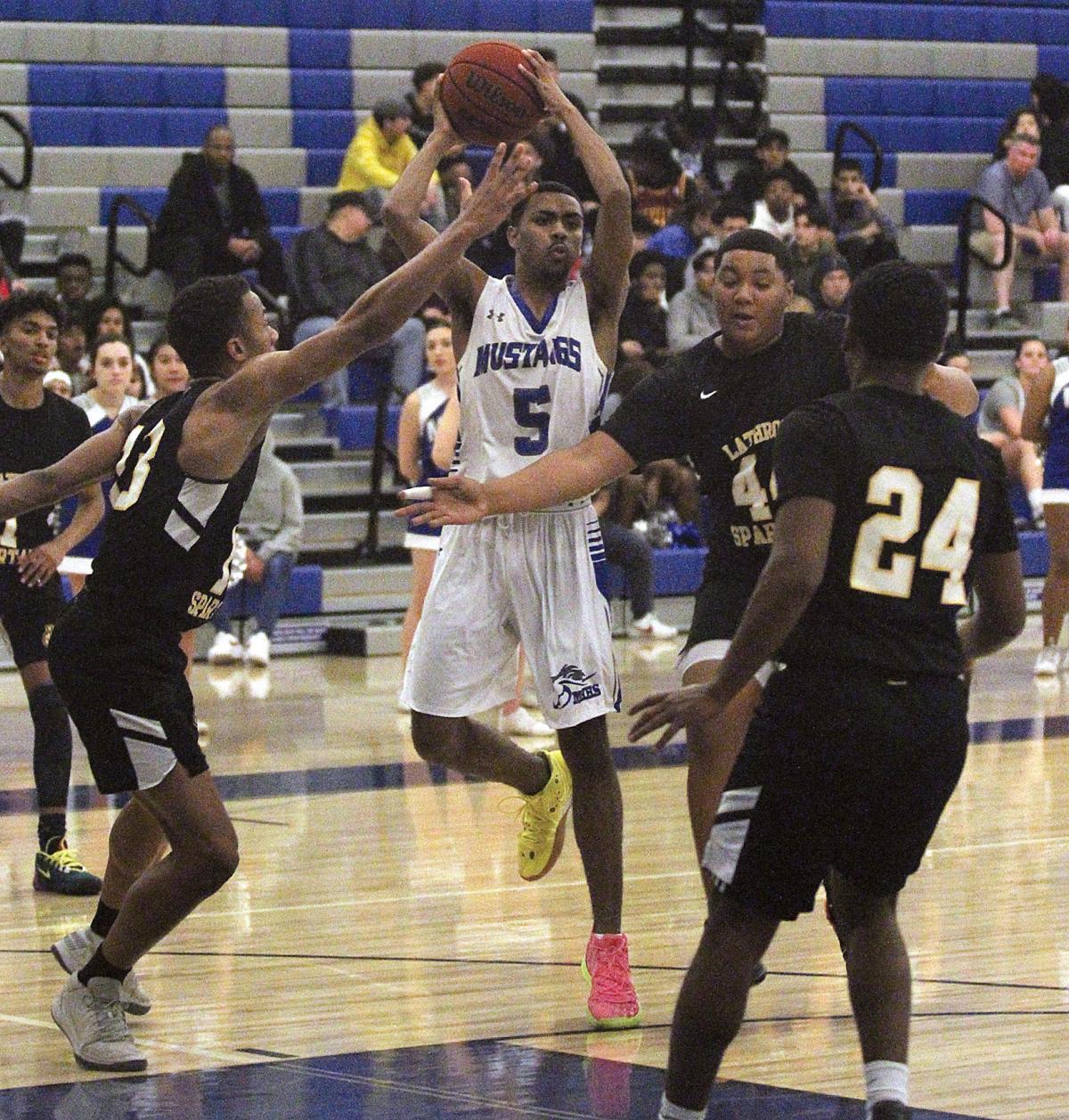 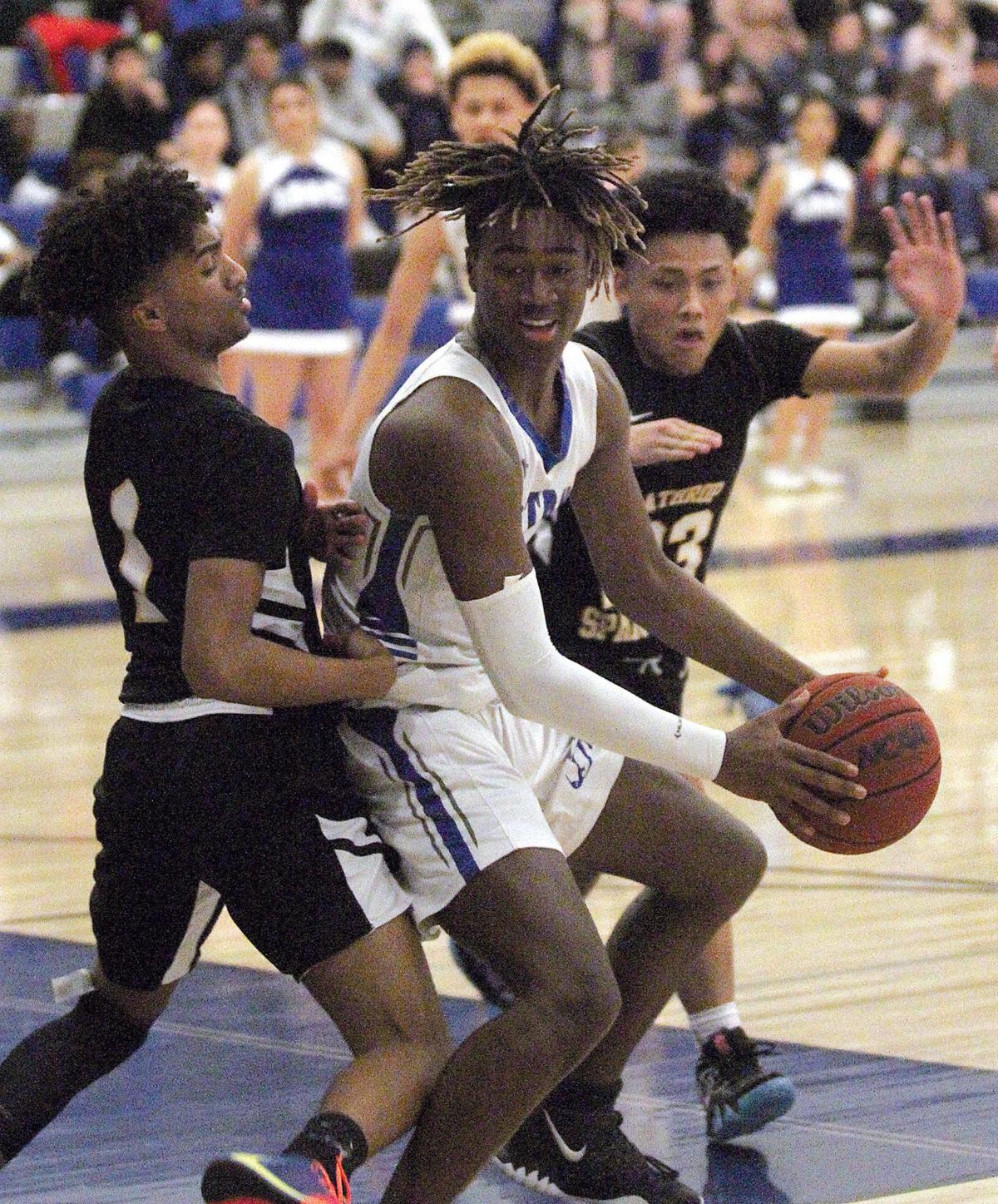 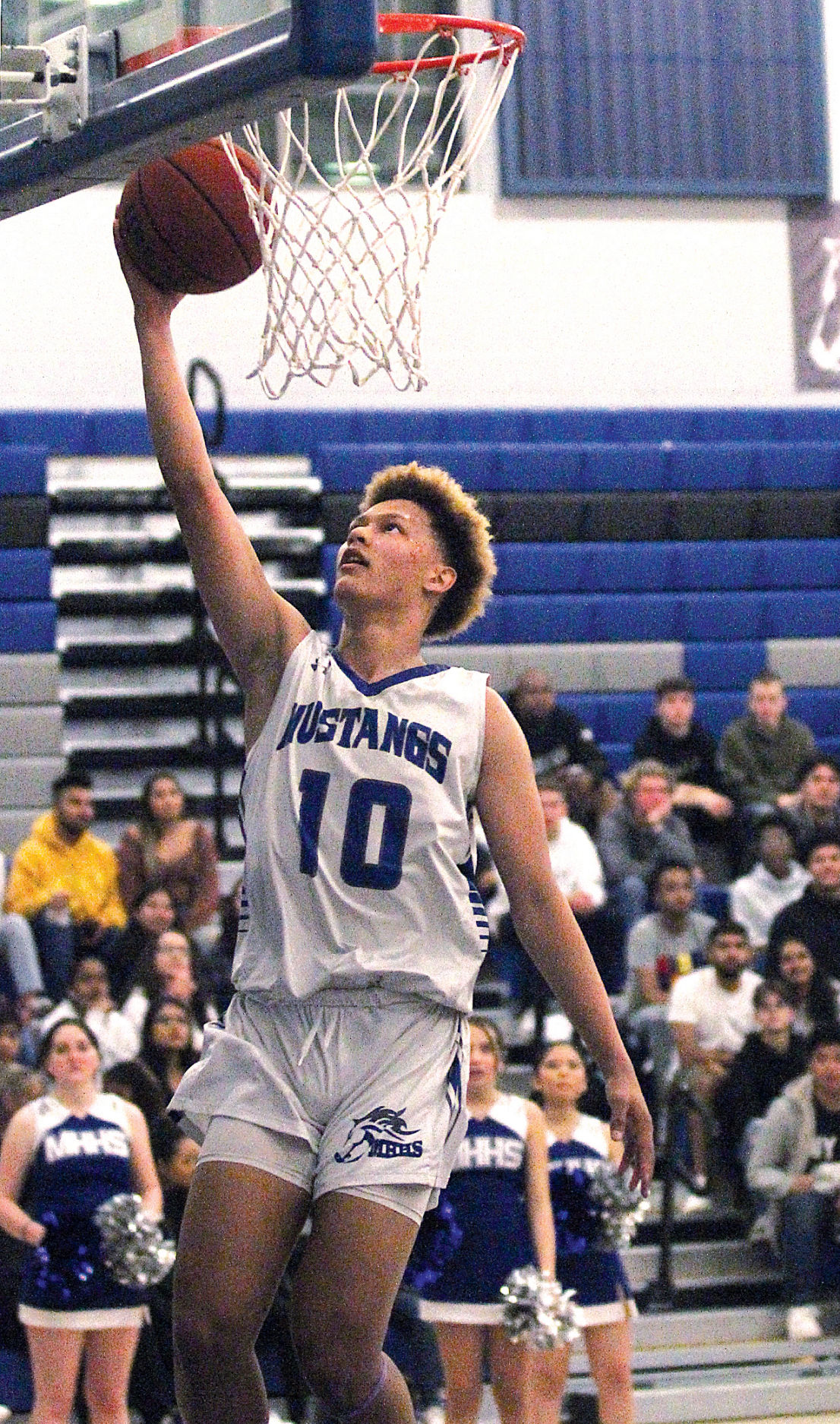 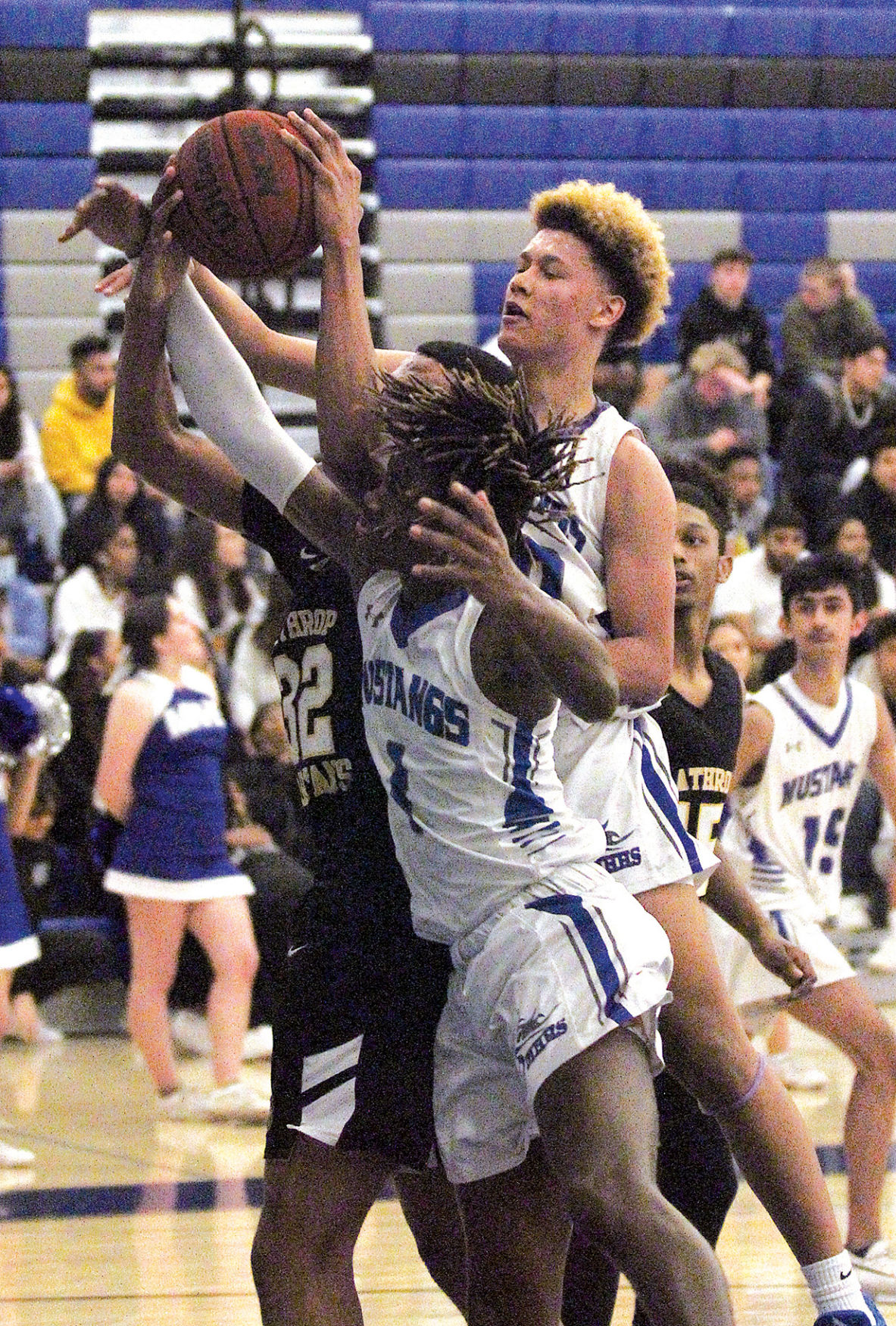 Mountain House senior David Gomez is fouled by a Lathrop High player on the way to the basket Friday night at Mountain House High.

The Mountain House Mustangs took a big step toward claiming another Western Athletic Conference title with their 81-56 win at home on Friday over Lathrop High.

With four games left in the regular season, the Mustangs have clinched a place in the playoffs, but coach Nolan Dixon said the team is aiming much higher than that.

“We already figured we’d make it to playoffs. We’re going for league title. That’s what we have our eyes set on,” he said.

Dixon added that the team's one league loss to Beyer, 76-52 on Jan. 10, was an admonition to not allow that to happen again.

“We dropped one in this league and we were very upset by that. We feel like we shouldn’t drop any games in this league, so we’re out to prove a point: That we’re not vulnerable. We’re still the top dog in this league,” he said.

The Mustangs proved their point Friday when they opened with a big scoring run. Mountain House was up 17-0 in the first quarter before Lathrop got on the scoreboard as the Mustang defense held the Lathrop Spartans (16-6, 8-2 WAC) scoreless for the first 6½ minutes.

“We want to start fast. We want to get up and take the heart out of the other team early. That way, if there are any mistakes that we do make, it doesn’t really hurt us that much,” Dixon said. “That’s what we pride ourselves on.”

The Mustang players also aim for high intensity from the start.

“We knew this was a big game, especially going into the last couple games of league, so we just wanted to come out, get our intensity going, keep rolling, keep rolling and playing together as a team,” said senior Jalen Zeno. “The Lathrop team is a good team. They have a lot of good components, so we knew it was going to be a good fight.”

Mountain House Junior Nikko Rodriguez put up 8 of his game-high 24 points in the first quarter.

“We came out in the game and wanted to go hard at them, because they’re a good opponent, and now we’re coming for Beyer and we want to start that game off good,” Rodriguez said.

“We keep attacking teams, we’re going to keep winning. We’ve got to pressure them, steal the ball, do anything we can to get that W,” he added. “We’re on a streak right now and we’re just trying to keep that streak alive, get to the championship and take it farther.”

The Spartans settled into their game by the second quarter, led by Lathrop's 6-foot-6 junior Eddie Cotton, but Mountain House was up 50-24 at the half and held a lead of 20 or more points for most of the game.

That got the Spartans within 12 points, but the Mustangs responded with a 12-2 scoring run, with Rodriguez again hitting his shots and junior Jordan Lawrence coming in to score all of his 7 points in the fourth quarter. The Mustangs also got 11 points from senior David Gomez and 10 points from senior Tavio Meeks.

The Tracy High Bulldogs faced a setback in their effort to make the playoffs as the St. Mary’s Rams came from behind to defeat the Bulldogs 47-45.

The Bulldogs (9-9, 4-5 Tri-City Athletic League) and Rams (19-6, 7-2 TCAL) traded the lead eight times in the first half, with the Tracy team up 21-19 at the end of the second quarter. The Bulldogs extended their lead in the third quarter and were up 36-25 going into the fourth.

The Rams chipped away at their lead through the fourth quarter, and a 3-point shot from St. Mary’s senior Grant Jory, his fourth 3-pointer of the night, put the Rams up 47-45 as the clock ran out.

The Delta Charter Dragons came out hot in the first quarter of Thursday’s home game against ABLE Charter.

The Brookside Christian Knights were up 37-20 at the half and dominated the second half for the 90-41 win.