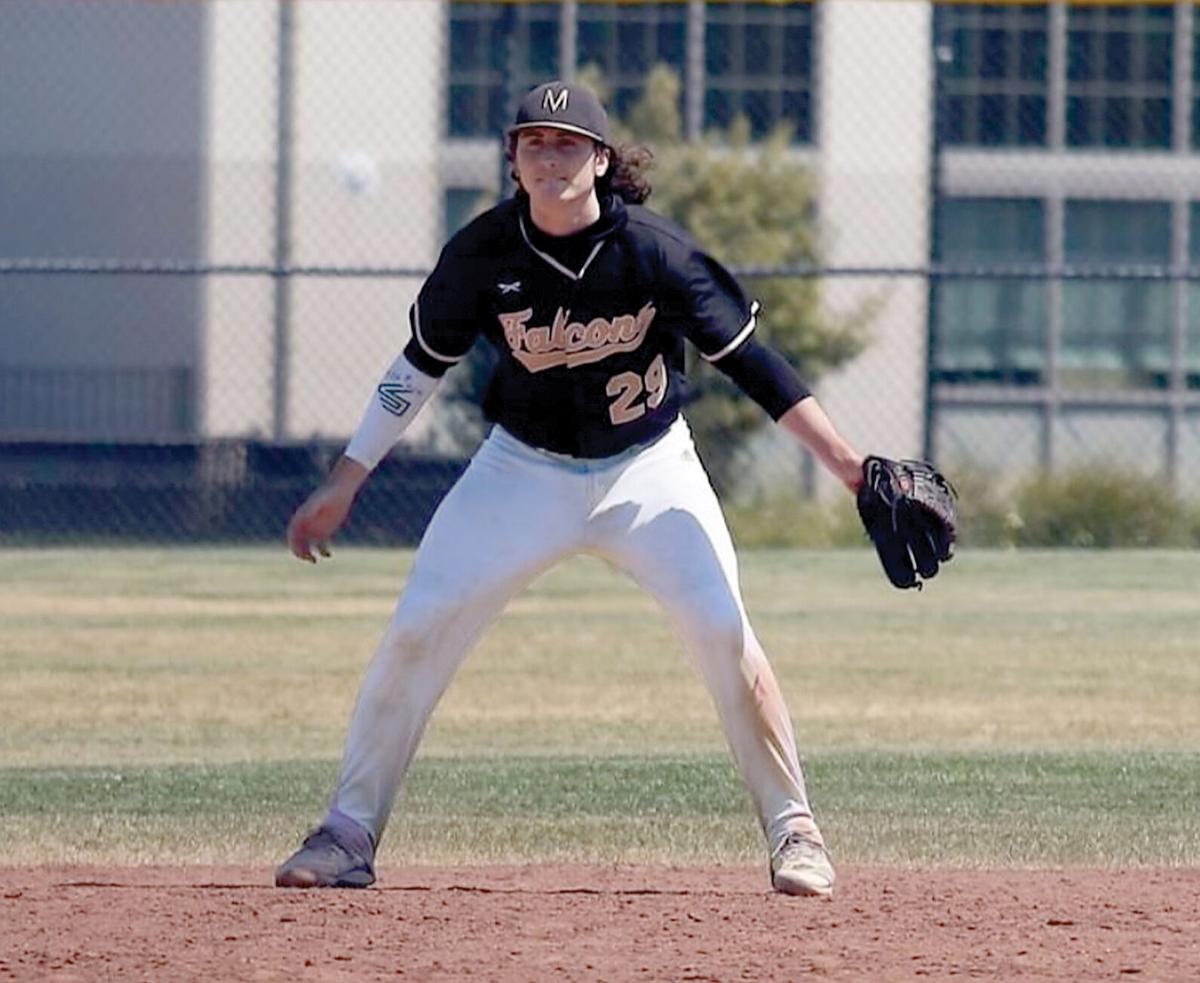 Caden Duke, Millennium High’s Athlete of the Year for 2020-21, was a standout player on the Falcons’ baseball team, and was the Falcon football team’s quarterback. 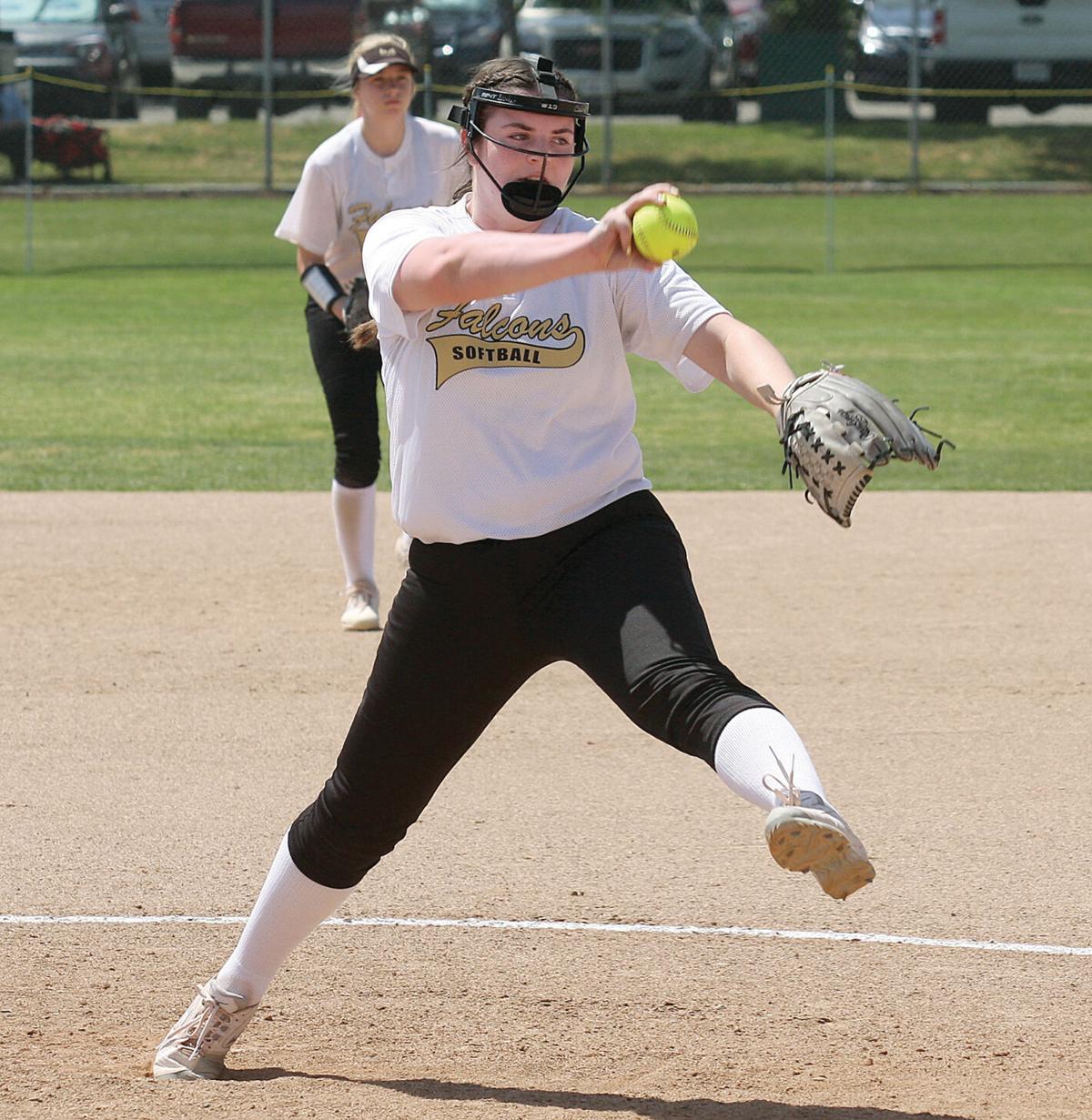 Emily Cabral was one of Millennium High’s top softball players, and also was a leader on the Falcons’ girls basketball team.

Caden Duke, Millennium High’s Athlete of the Year for 2020-21, was a standout player on the Falcons’ baseball team, and was the Falcon football team’s quarterback.

Emily Cabral was one of Millennium High’s top softball players, and also was a leader on the Falcons’ girls basketball team.

Millennium High named Caden Duke and Emily Cabral as the school’s Athletes of the Year for 2020-21, recognizing their leadership in their respective sports over the last four years.

Cabral played four years of softball and earned all-Central California Athletic Alliance honors, and she was on the Millennium girls volleyball and basketball teams

“I was able to enjoy my time playing each of these sports that I loved while balancing academics to achieve a GPA of 4.04, while also having the ability to push myself to take college classes in order to get ahead,” she said.

“When I heard that I was the recipient of the Athlete of the Year Award, I was both surprised and honored to be able to see all the hard work that I put into the sport that I cherish the most finally pay off. I think receiving the award was also a great way to end such a hard senior year academically and emotionally because it allowed me to close out my love for high school athletics in such a memorable way, while also seeing the good despite all we endured through the COVID season.”

She plans to continue playing softball at Modesto Junior College, where she will begin her studies in the medical field.

Duke competed in four years of varsity baseball, two of those years as an all-Central California Athletic Alliance player and also as the team’s Pitcher of the Year, as well as two-and-a-half years as the varsity football team quarterback and a year of basketball.

Every year he made the honor roll, finishing high school with a 4.11 grade point average, which earned him the Sac-Joaquin Section’s A. Dale Lacky Scholar-Athlete Award.

Duke said that the honor of being named Athlete of the Year could have gone to any number of senior athletes at Millennium High.

Duke said that he has always found ways to balance athletics and academics and has been fortunate to have teammates and coaches with the same mindset.

“I made sure to do my homework as soon as I received it so I would not fall into the bad habit of procrastination,” he said. “Thankfully all the people I play with are ridiculously intelligent so they would influence me in so many beneficial ways.”

He added that a year of COVID-19 taught him and his teammates how make time to get in the weight room and on the practice field even as their 2020 season was put on hold.

“In the end, COVID strengthened my passion for baseball because I got a view of what my life would be like without baseball and I hated it more than anything.”

He now heads to the University of the Pacific in Stockton, where he will play baseball as a pitcher and first baseman and also student software engineering.