Starting at
$52.00 for 365 days
Get Started
View all rates
You are the owner of this article.
Edit Article Add New Article
You have permission to edit this article.
Edit
Welcome, Guest
Celebrate Tracy
News
Voice
Our Town
Sports
Datebook
Obituaries
Advertising
Classifieds
Special Sections
1 of 4 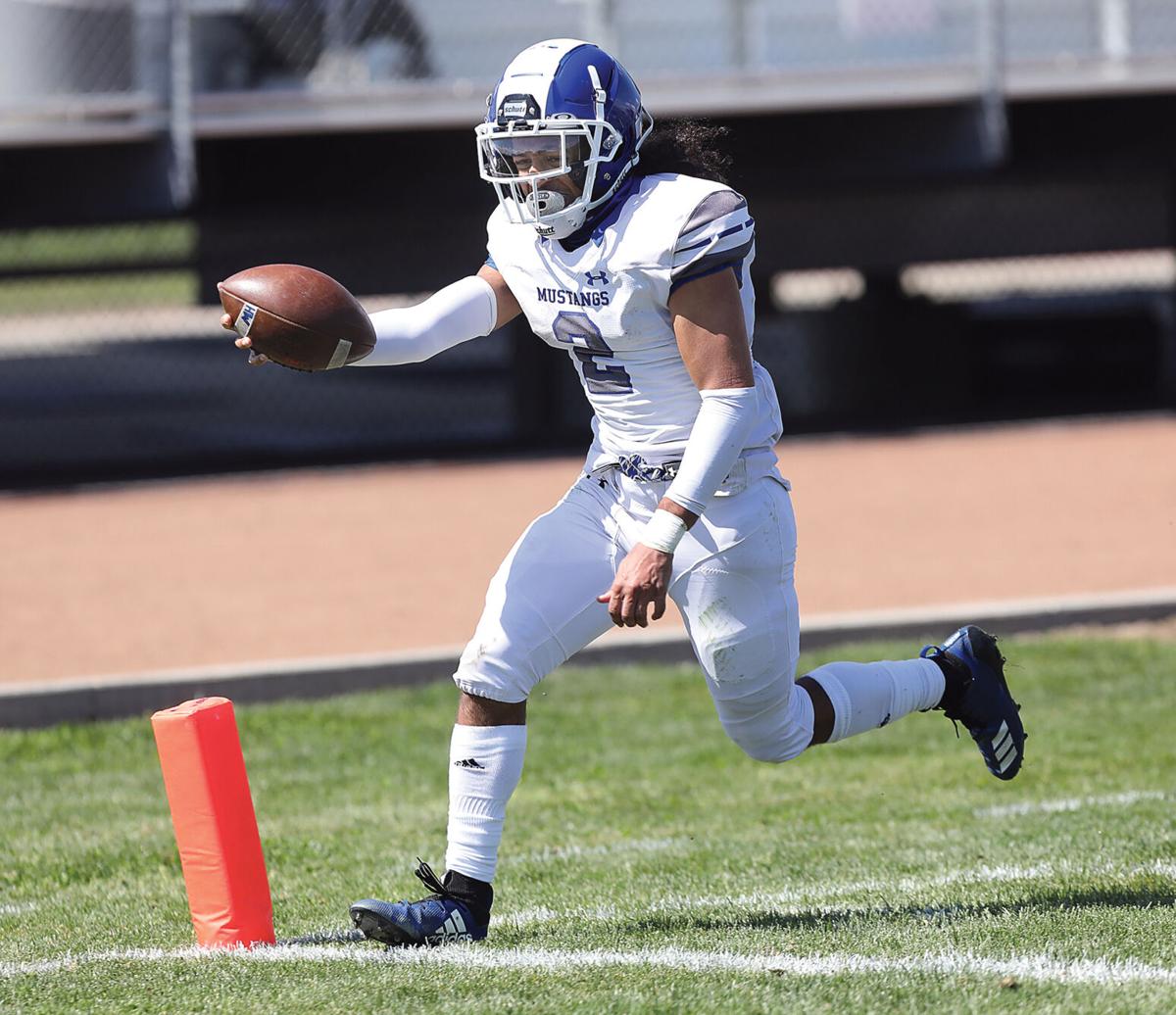 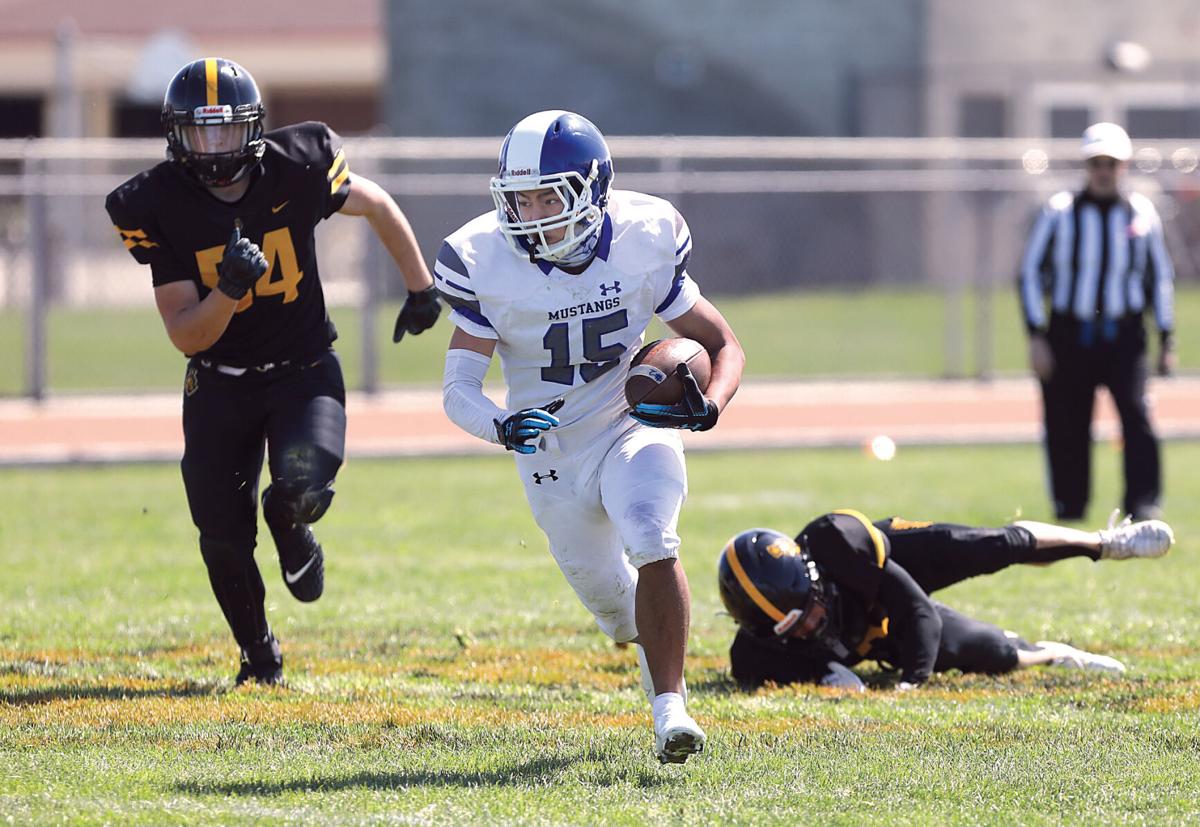 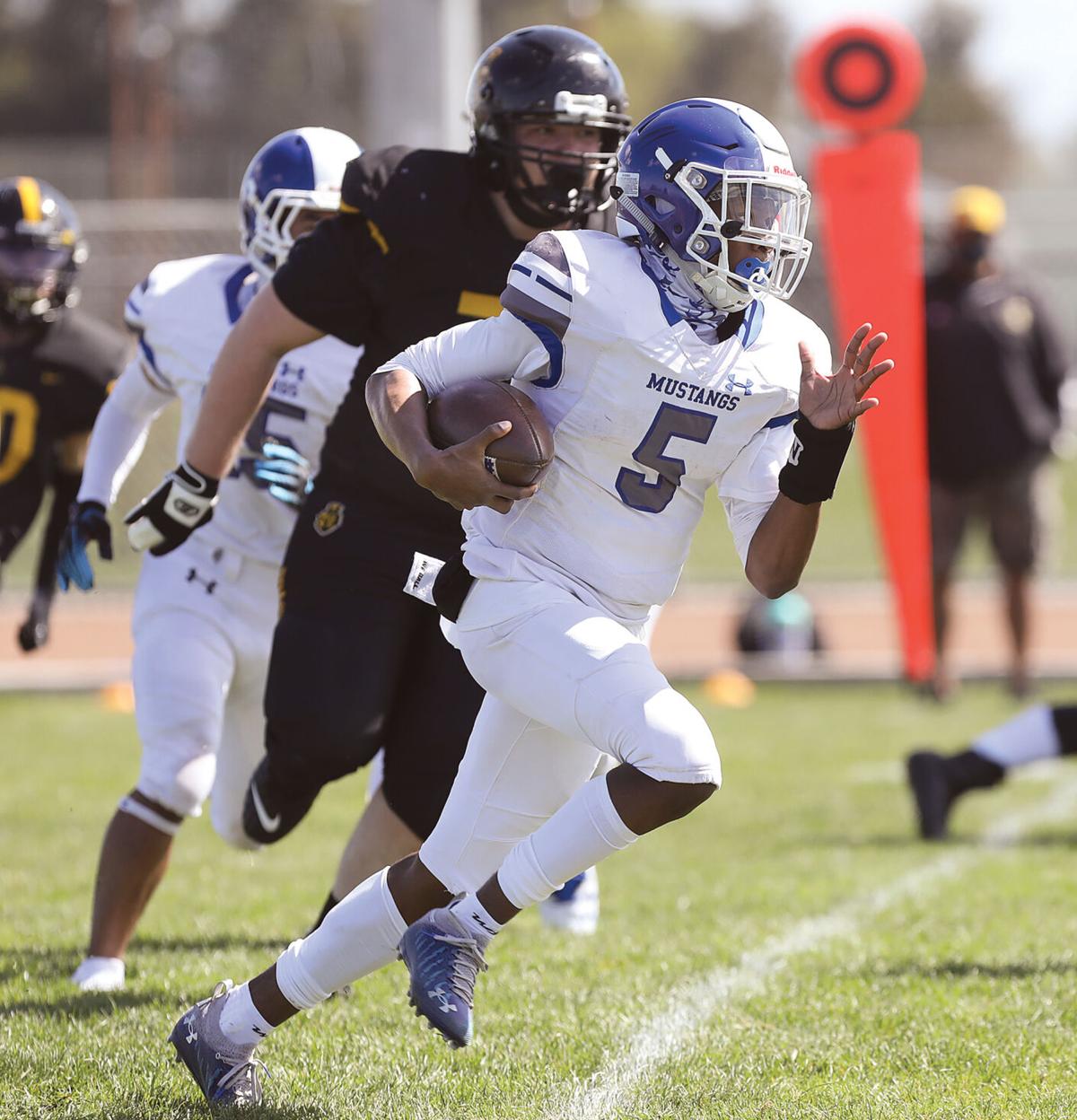 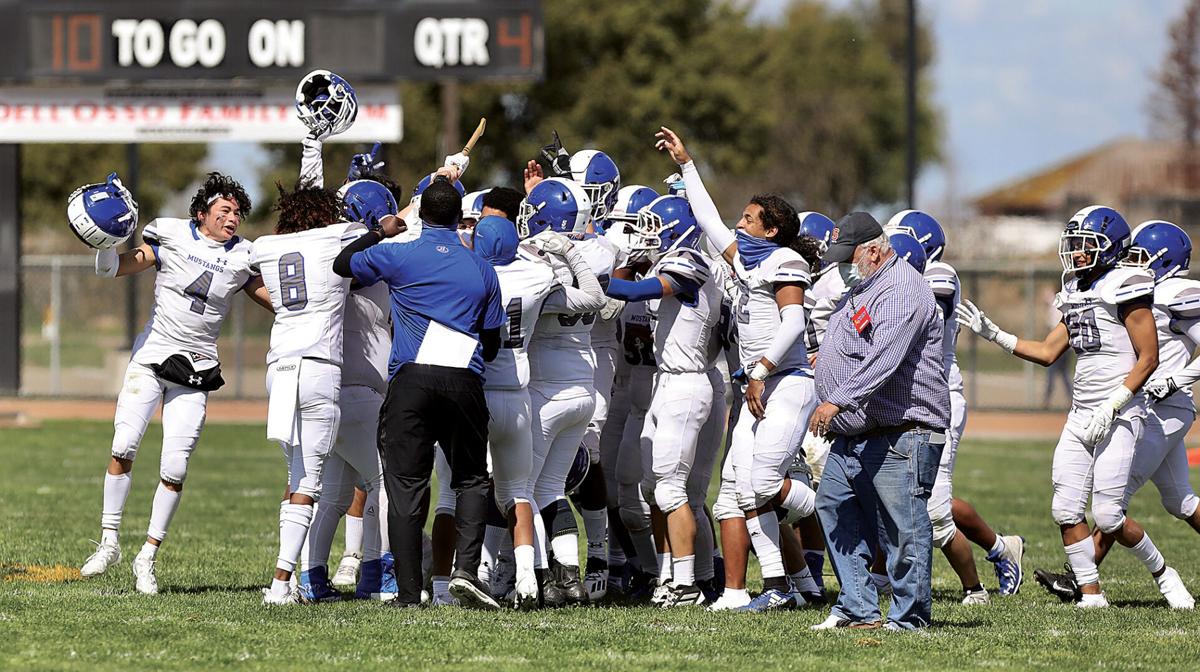 Mountain House celebrates their win against Lathrop High on Saturday.

Mountain House celebrates their win against Lathrop High on Saturday.

The Mountain House offense scored early in the third quarter to tie it up 15-15, and scored again midway through the third to take the 22-15 lead.

The Mustangs totaled 316 yards of offense compared to 194 yards for Lathrop. Leading the way for the Mountain House team was sophomore quarterback Roy Gardner, who ran the ball 20 times for 97 of the Mustangs’ 278 rushing yards and completed four of 14 passes for 26 yards. Senior Brijon Leslie-Fitzpatrick ran the ball for 90 yards on 13 carries, scored all three of the Mustangs’ touchdowns and also completed a 12-yard pass. Senior Isaiah Apostol made two point-after kicks.