Starting at
$52.00 for 365 days
Get Started
View all rates
You are the owner of this article.
Edit Article Add New Article
You have permission to edit this article.
Edit
Welcome, Guest
Celebrate Tracy
News
Voice
Our Town
Sports
Datebook
Obituaries
Advertising
Classifieds
Special Sections
1 of 7 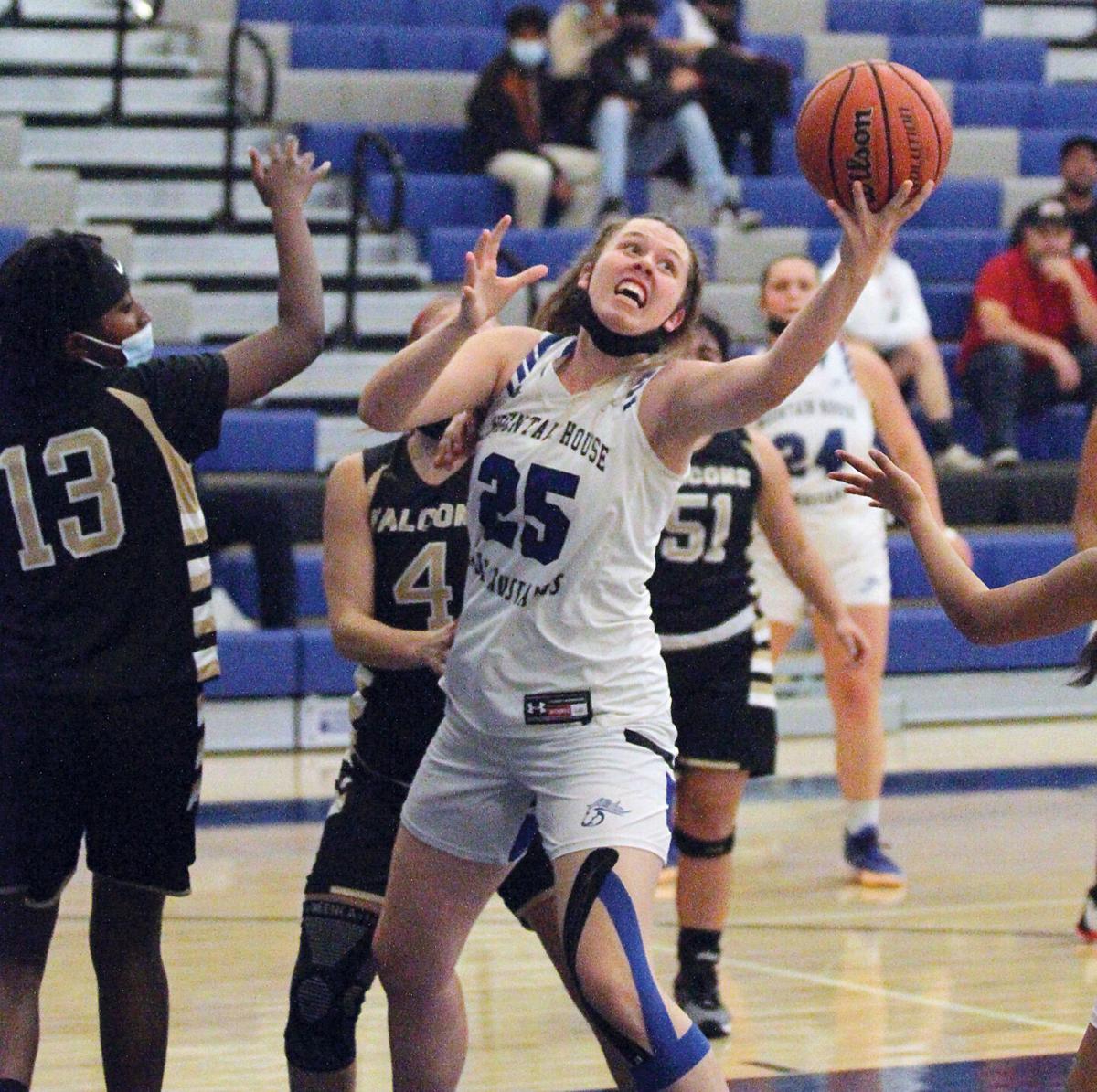 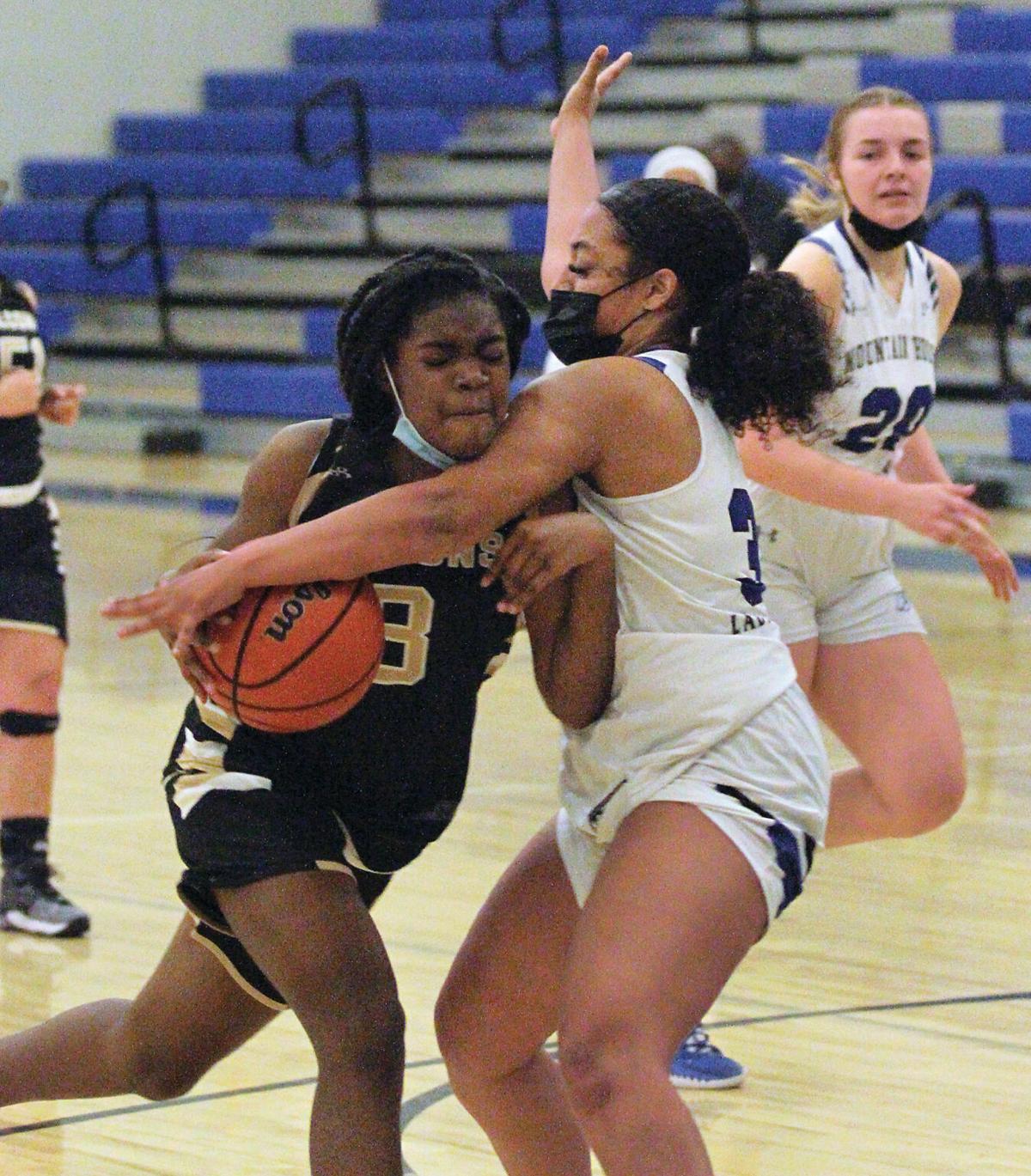 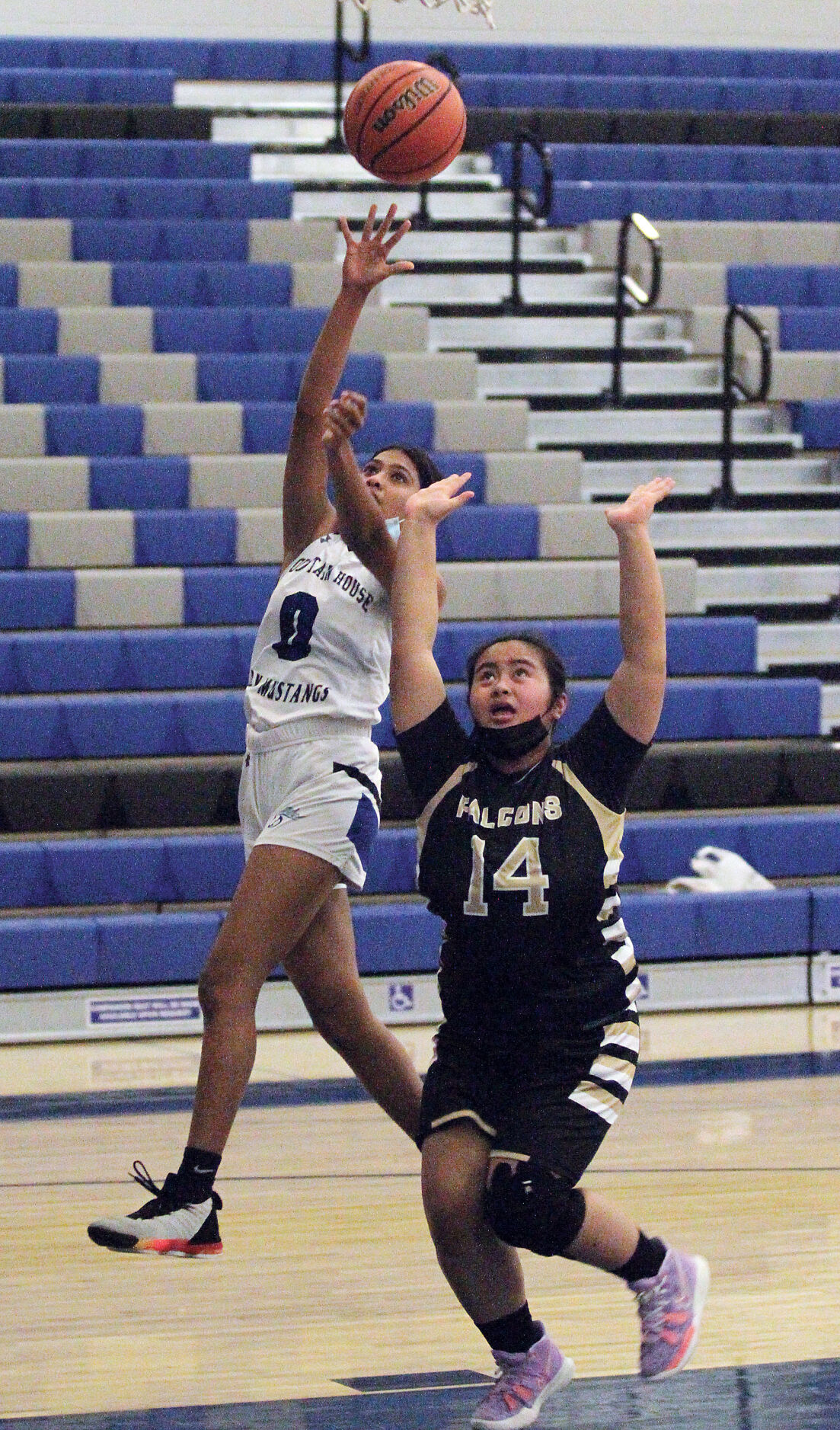 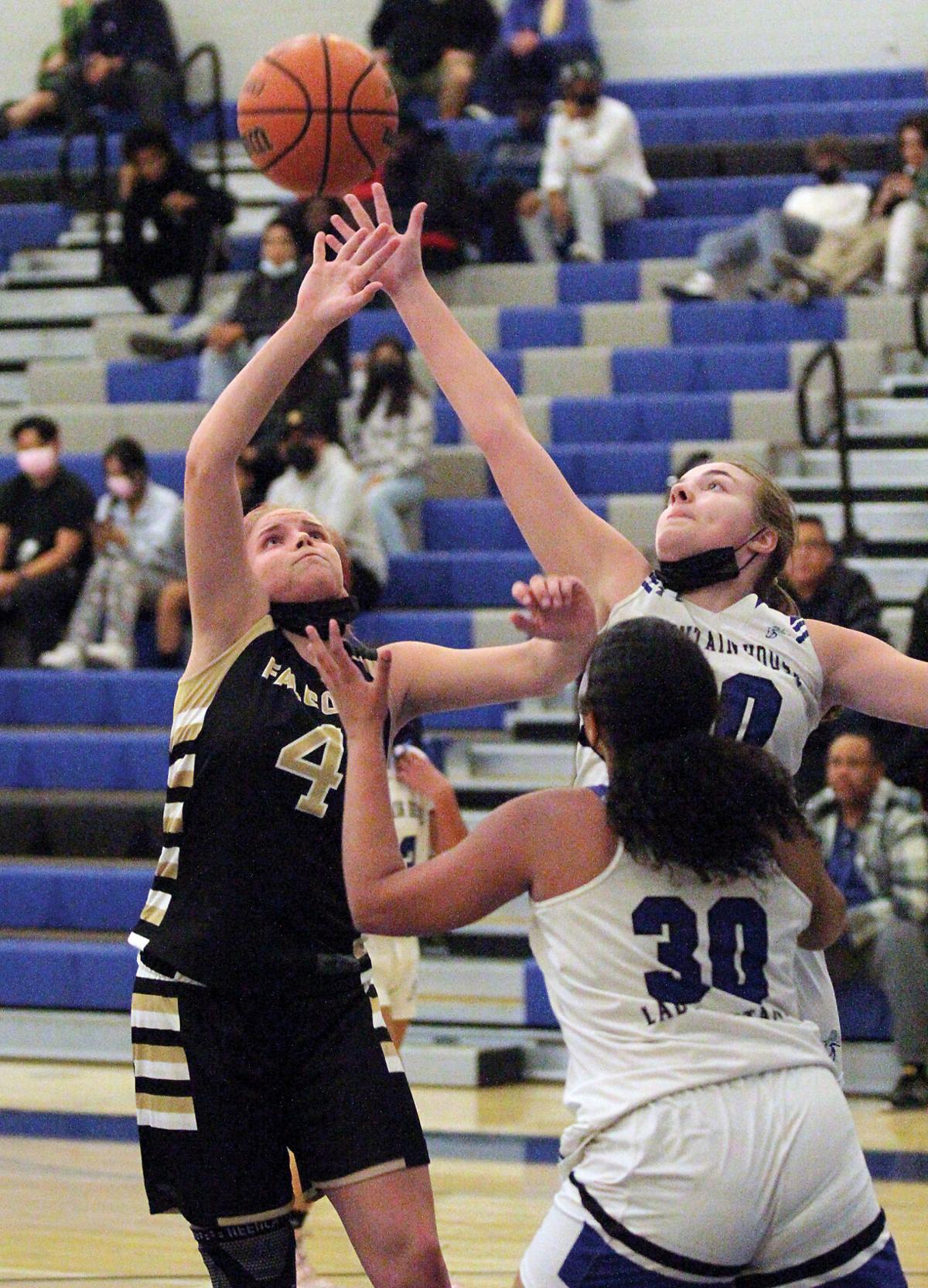 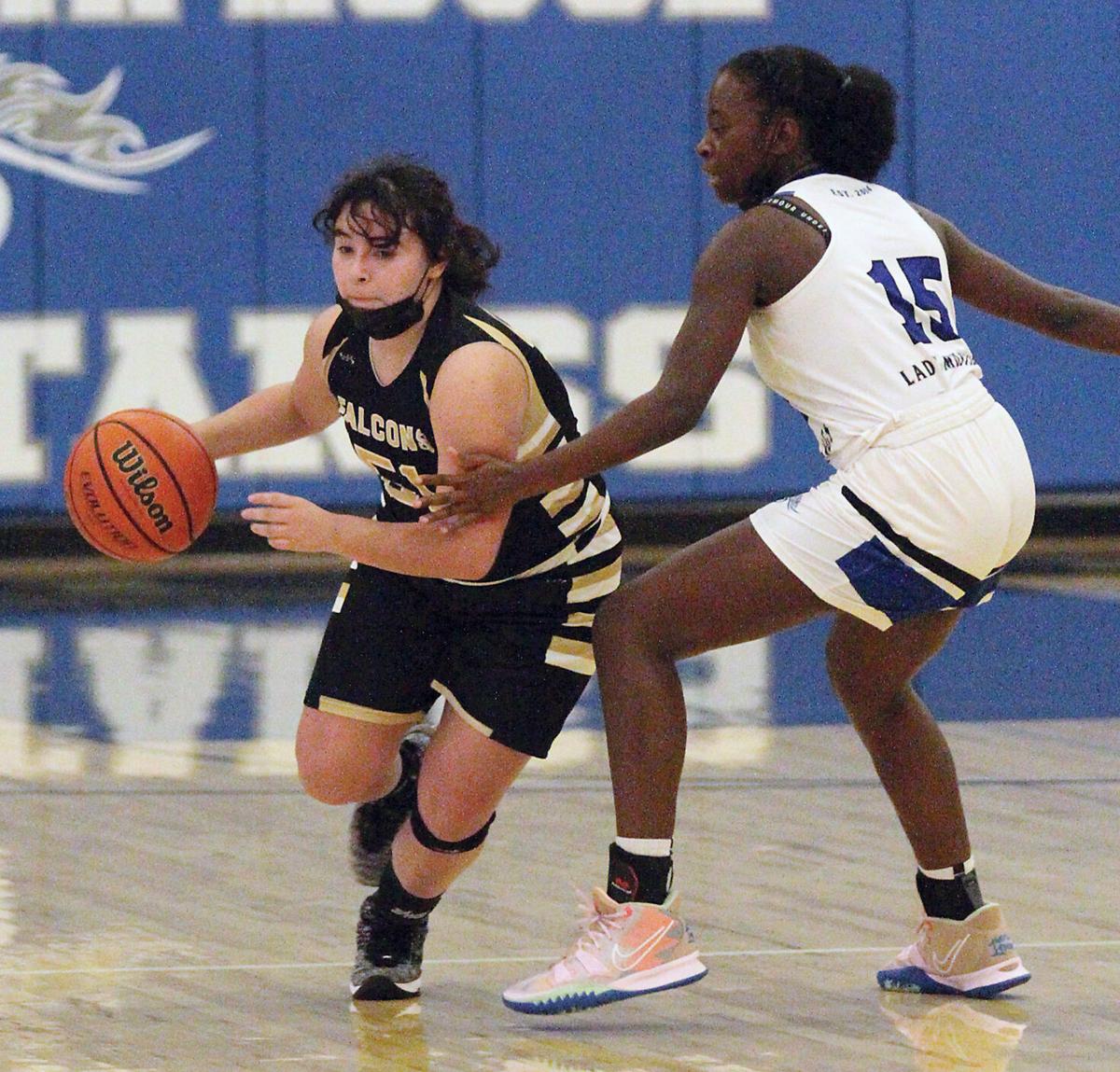 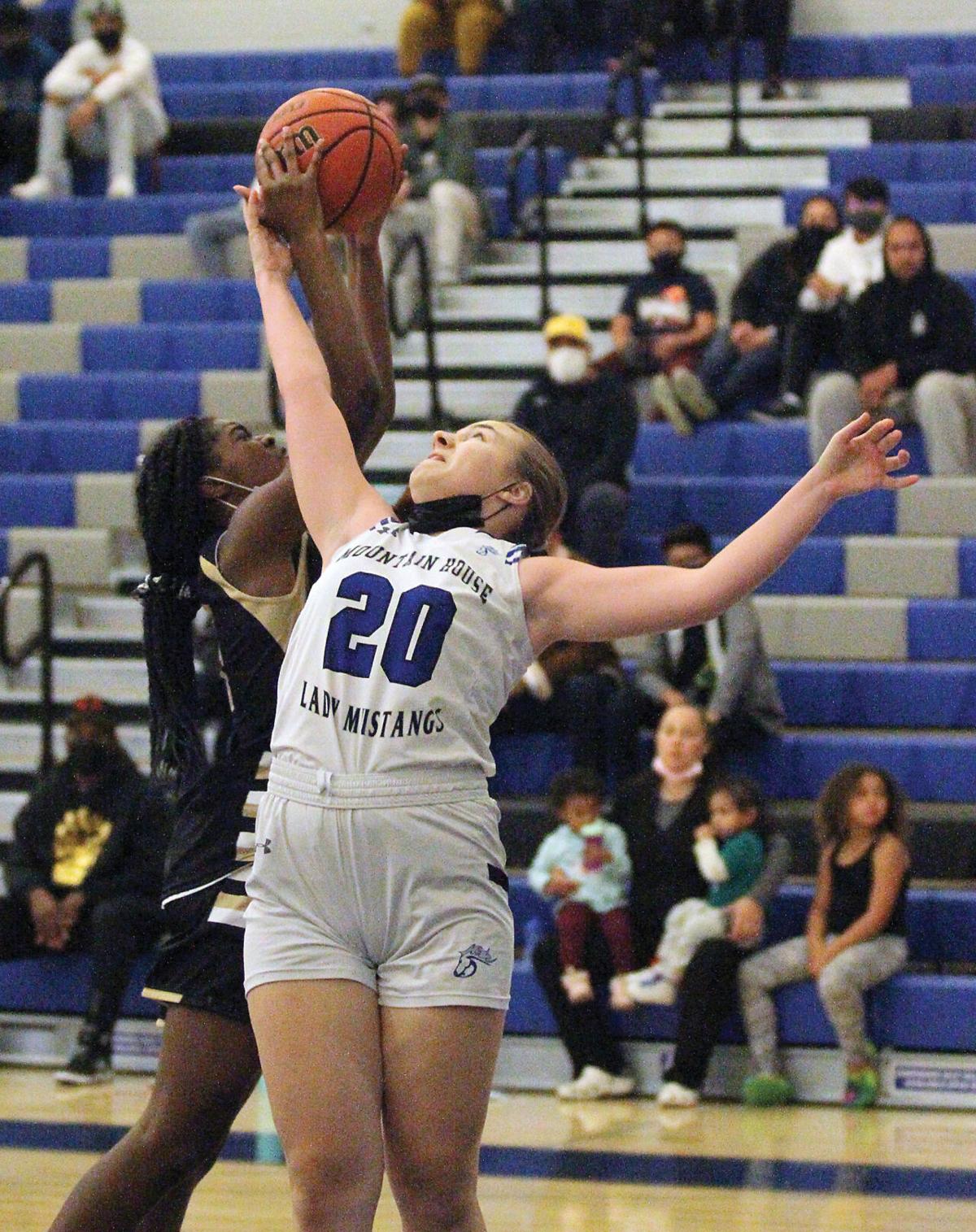 Local girls basketball teams started their season at the Mountain House High Tournament, which began Monday and continued through Wednesday night. Monday’s games included a 56-46 win for the Mountain House Mustangs over the Millennium Falcons in the first game of the season for both teams.

The teams started off trading shots, but the Mustangs soon launched into a 15-4 scoring run that started midway through the first quarter and went into the second quarter, with junior Sariah Fobert hitting three 3-point shots in the first quarter.

Sophomore Niara Mangrum also led the scoring effort with 10 first-half points as the Mustangs held a 35-20 halftime lead. Mangrum finished as the Mustangs’ scoring leader with a game-high 18 points plus 12 rebounds.

The Falcons came back to outscore the Mustangs in the second half, cutting their lead to 50-44 in the fourth quarter. Millennium senior Maliyah Hutchinson led the Falcons at both ends of the court with a team-high 16 points as well as nine rebounds and five steals. Junior Giovanna Chukwuma scored 12 points, eight of them in the fourth quarter, and pulled in nine rebounds.

Ultimately the Mustangs stayed consistent enough to preserve their lead and hang on for the 56-46 win.

Mountain House coach Guadalupe Galindo said that he’s still looking for cohesion on a team made up of mostly juniors, with only two seniors.

“We’re getting there. We don’t have a lot with varsity experience,” he said. “That’s our biggest obstacle, that we haven’t played a lot together.

“First half I thought we played well. Our goal was to work our offense, be patient with our offense. Second half we got a little impatient and tried to force things, but the first half we did what we wanted to do.”

Millennium coach Joe Reyes said that the Falcons have an experienced team this year, though Monday’s game was the first for Hutchinson after a long recovery from a knee injury.

“The thing for us is that we need to fill the holes on defense a little bit. The fact that we’re aggressive is great, but on offense we’re not executing like we should,” Reyes said.

“Playing better as a team is going to help us a lot. We did a better job of that in the second half.”

The Wolf Pack girls made up for a slow first half in their opening game of the Mountain House tournament on Monday, going into the second half trailing 18-12, and scoring 19 points in the third quarter to give West a 31-25 lead going into the fourth quarter.

Senior Ashley Chan scored 11 of her game-high 20 points in the third quarter and led the Wolf Pack offense in the fourth quarter on the way to the 44-31 win.

The Tracy High girls opened their season with a win at home against Gregori High of Modesto on Saturday.

The Mustangs won their second game of the Mountain House High Tournament on Tuesday night, 43-37 over Stagg High of Stockton. The teams played a close match all the way, with the Mustangs up 18-15 at the half and Stagg pulling ahead 31-30 at the end of the third quarter. Mountain House outscored Stagg in the final frame, with junior Sariah Fobert scoring six of her team-high 15 points in the fourth quarter. The Mustangs’ scoring leaders also included junior Sophie Fletcher with eight points and sophomore Ela Estrella with seven points.