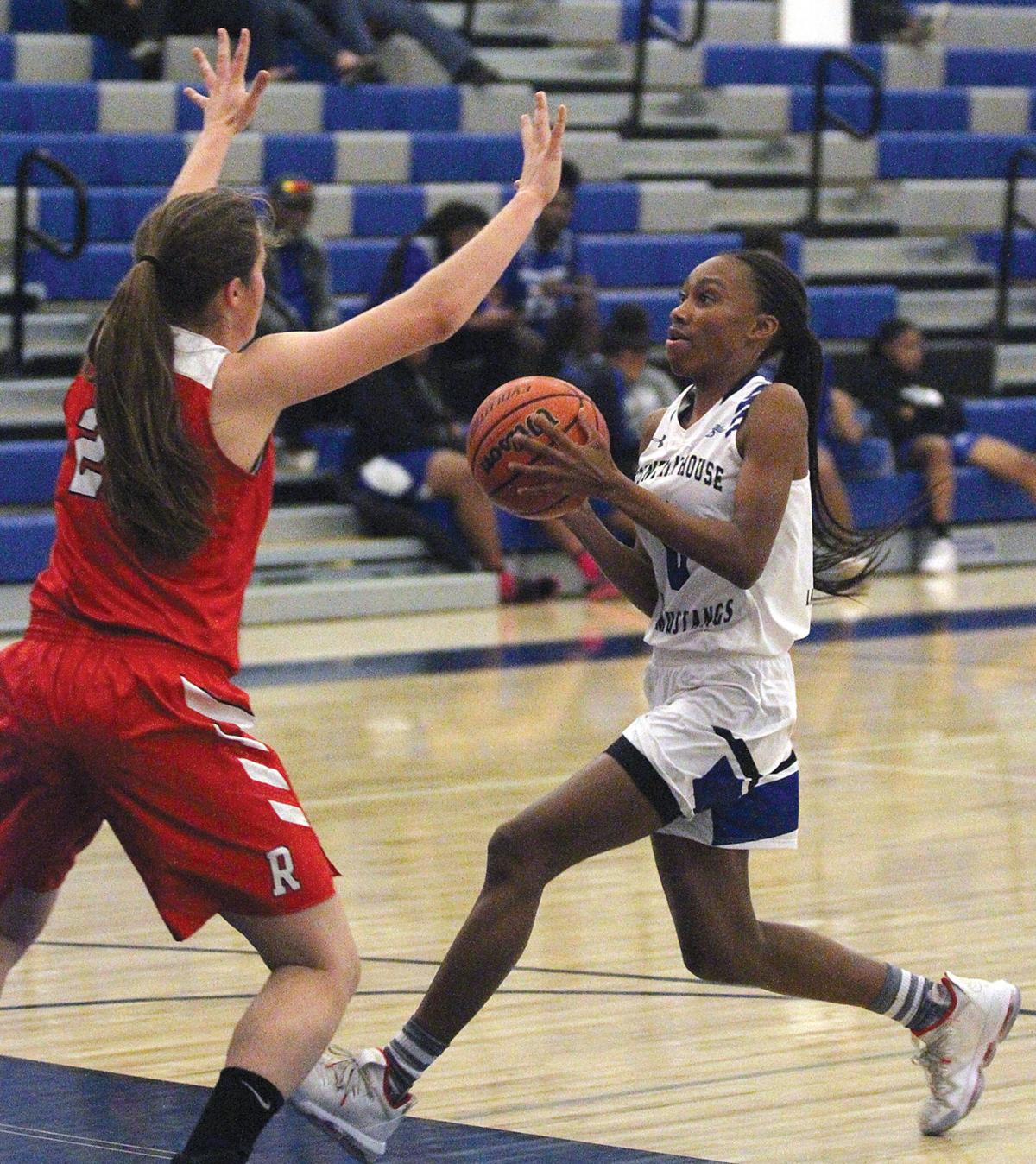 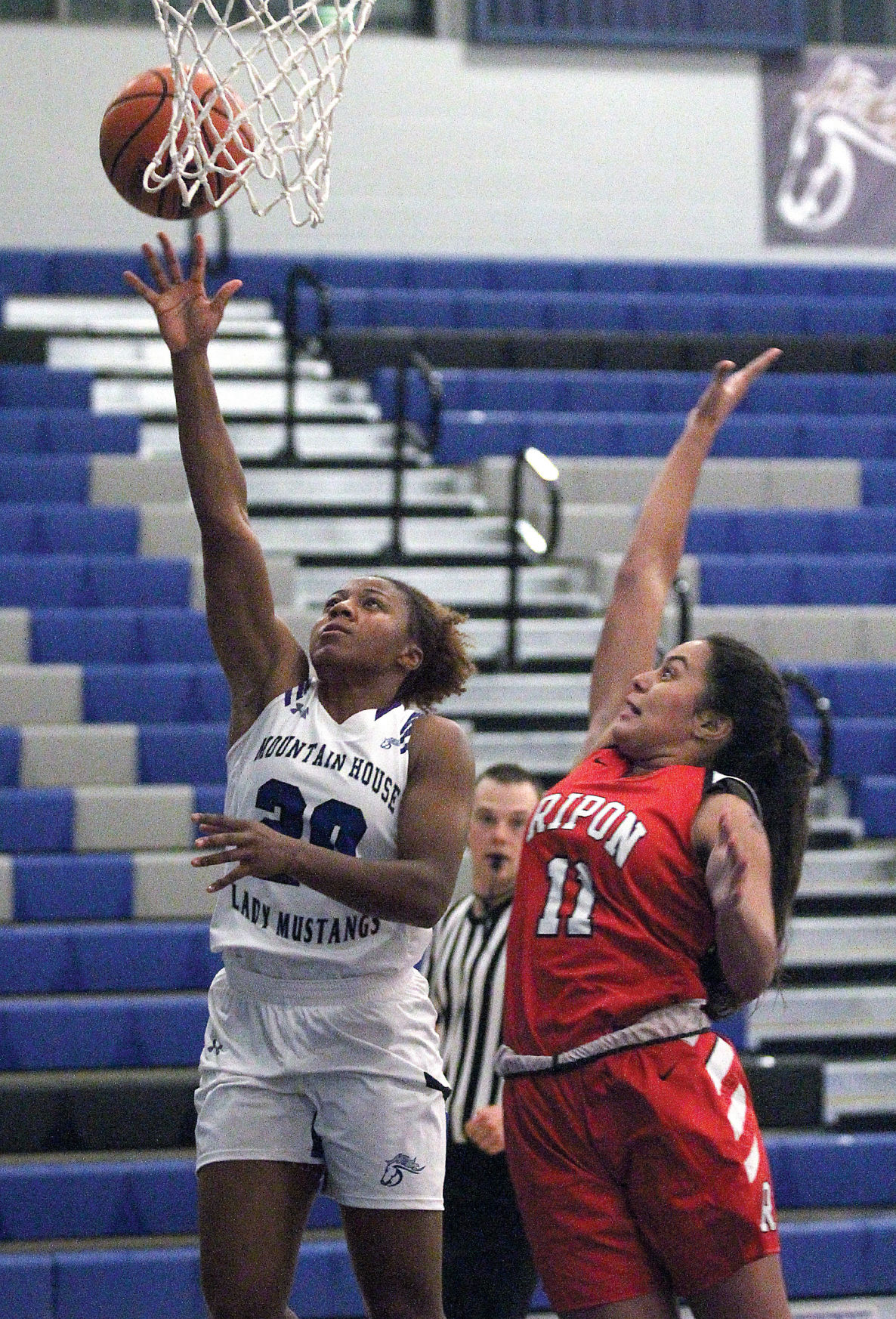 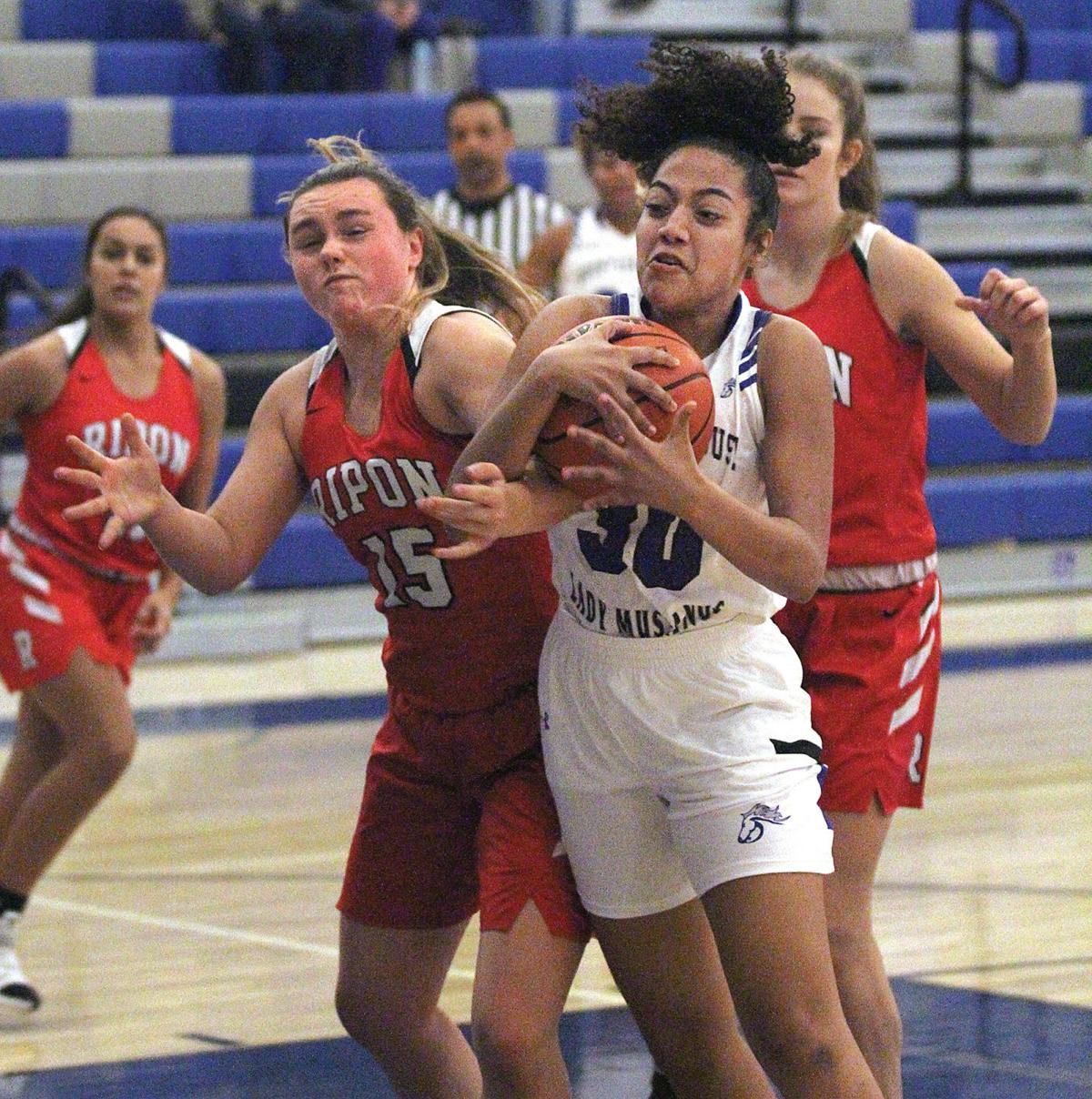 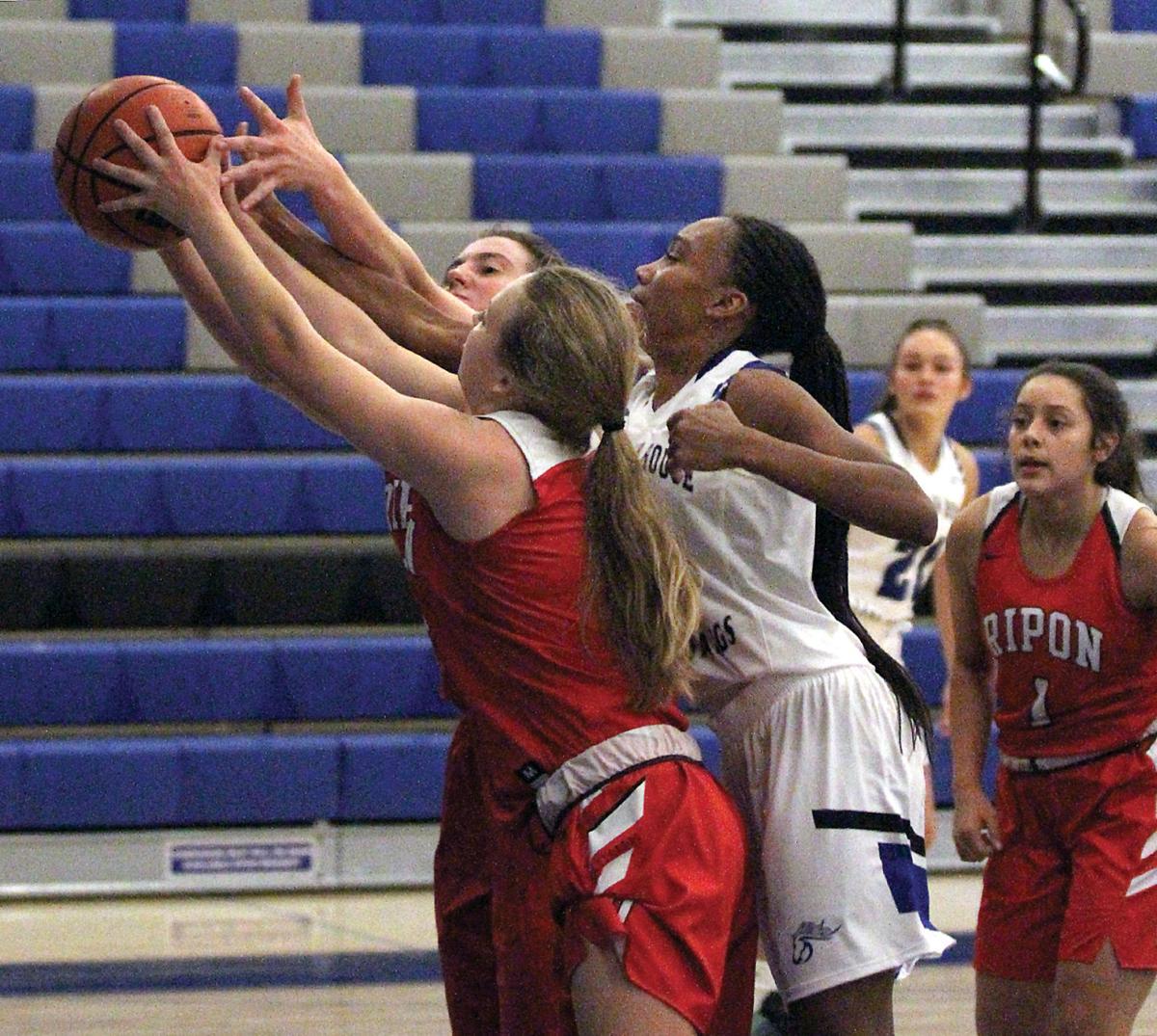 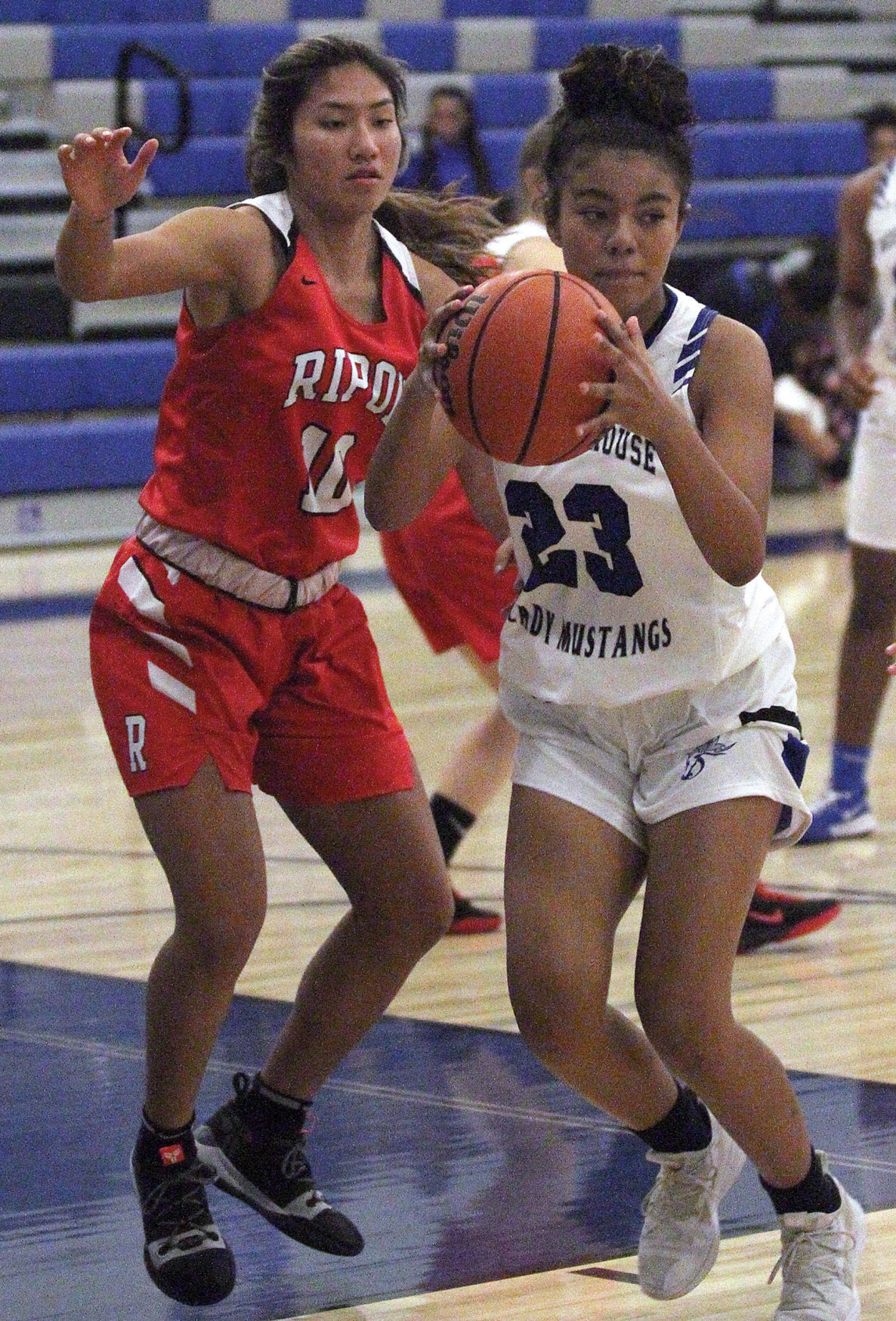 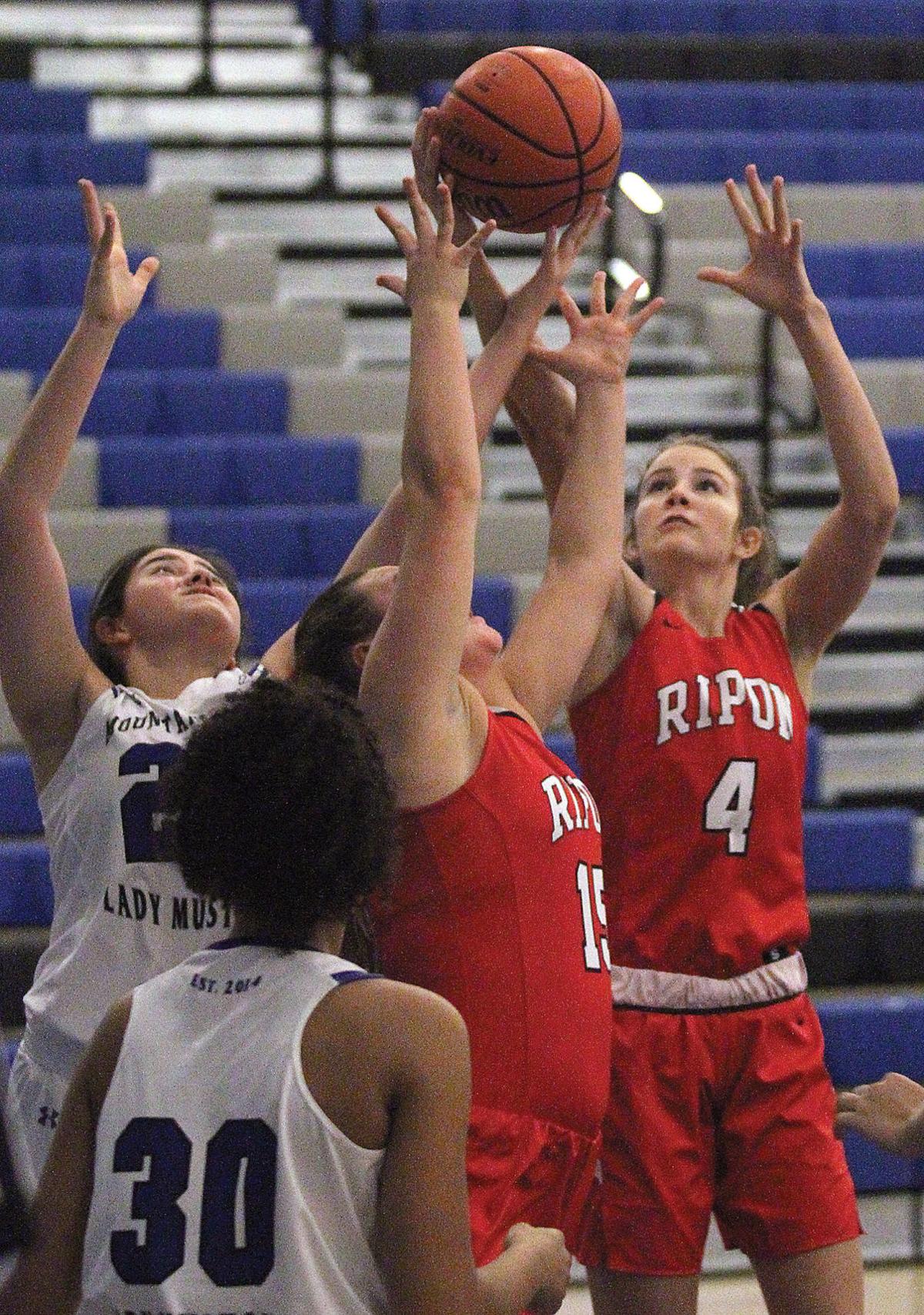 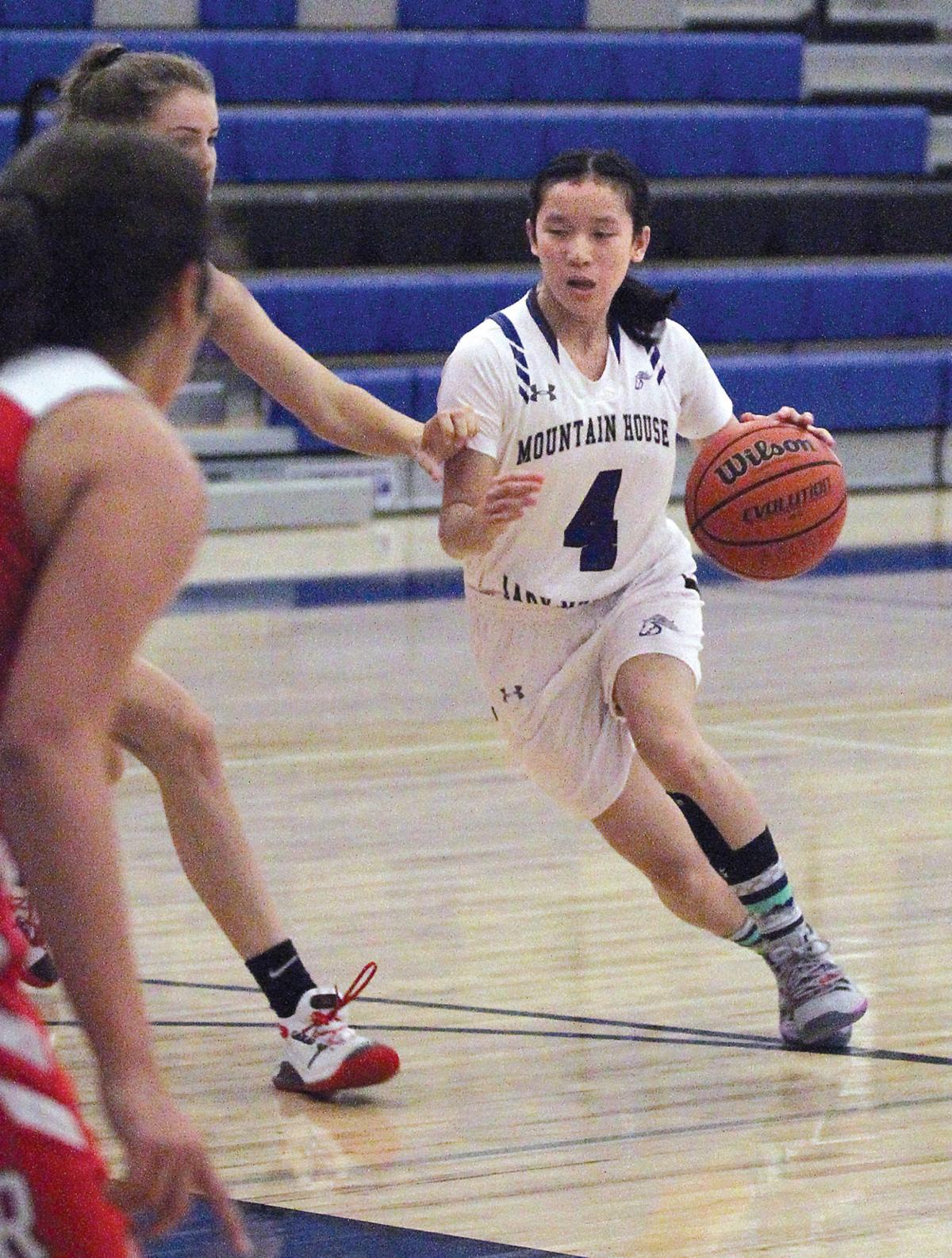 The Mountain House girls opened their home tournament with a 57-48 loss to Ripon High on Thursday.

Ripon took an early lead and stayed in the lead for the rest of the game. The Mustangs managed to get close in the second quarter but trailed 28-18 at the half.

The Mustangs picked up the pace in the third quarter, including senior Lyric Moore, who was the team’s scoring leader with 17 points for the night. Senior Natalia Moore-Raygoza also started hitting her 3-point shots.

The Ripon girls kept scoring as well, staying ahead by at least 6 points through the third quarter and most of the fourth quarter. Moore-Raygoza scored 8 of her 11 points in the fourth quarter, including a 3-pointer that got her team within 5 points, but the Ripon players kept on scoring to extend their lead.

Moore had 11 rebounds and five steals for the night, and junior Maya Gorman scored 10 points and had six rebounds.

The Mustangs’ tournament, which continues through Saturday, is a four-team round-robin tournament. Sonora High and Valley High of Sacramento are also competing.

The Falcons lost 43-27 to the Tokay Tigers in the first game of the Linden High Tournament on Thursday.

Tokay took an early lead and was up 23-16 at the half, but Millennium came back with a strong third quarter and cut that lead to 28-26 going into the fourth. From then on, the Tigers denied the Falcons any shots from the floor, outscoring them 15-1 in the final frame.

Giovanna Chukwuma was the Falcons’ offensive leader with 11 points for the night.