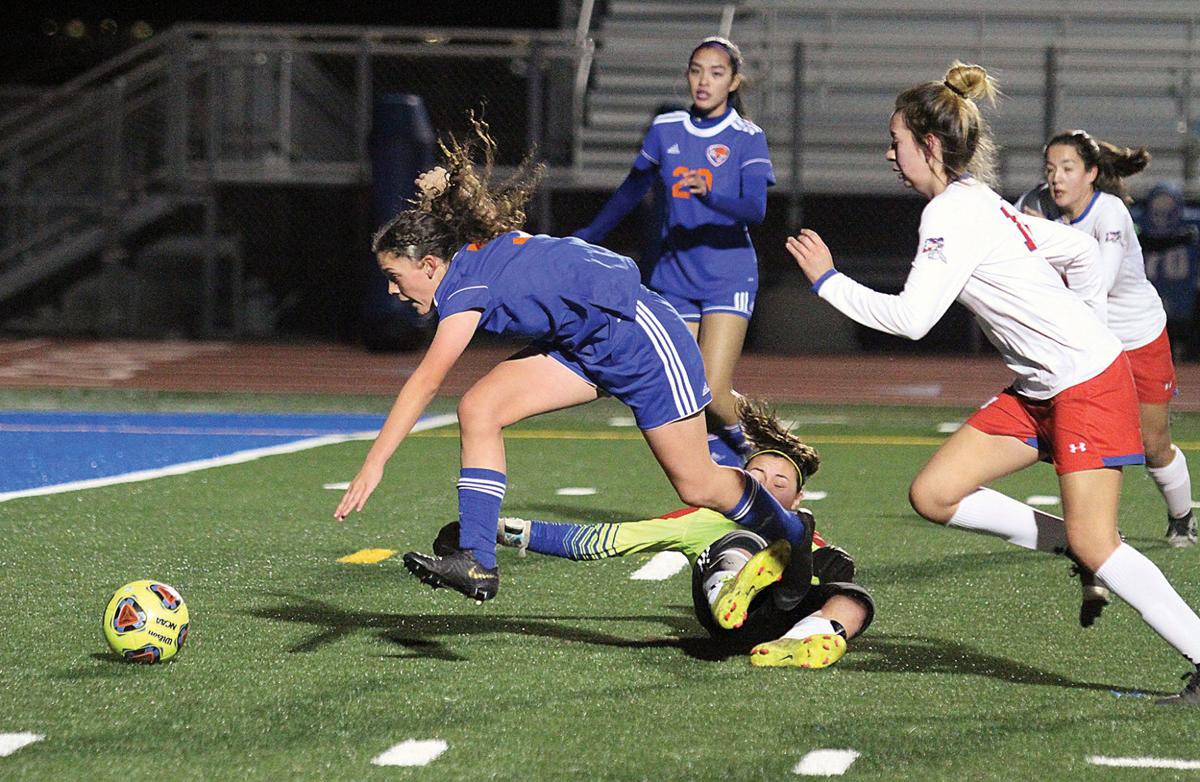 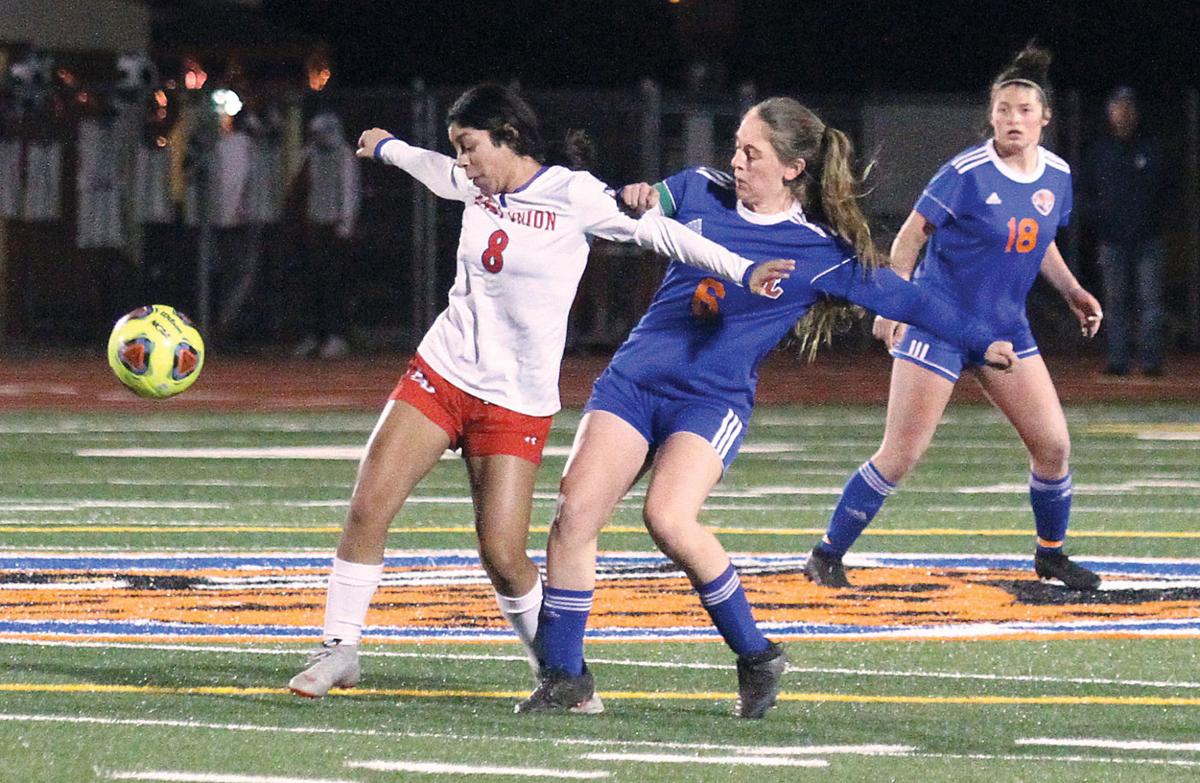 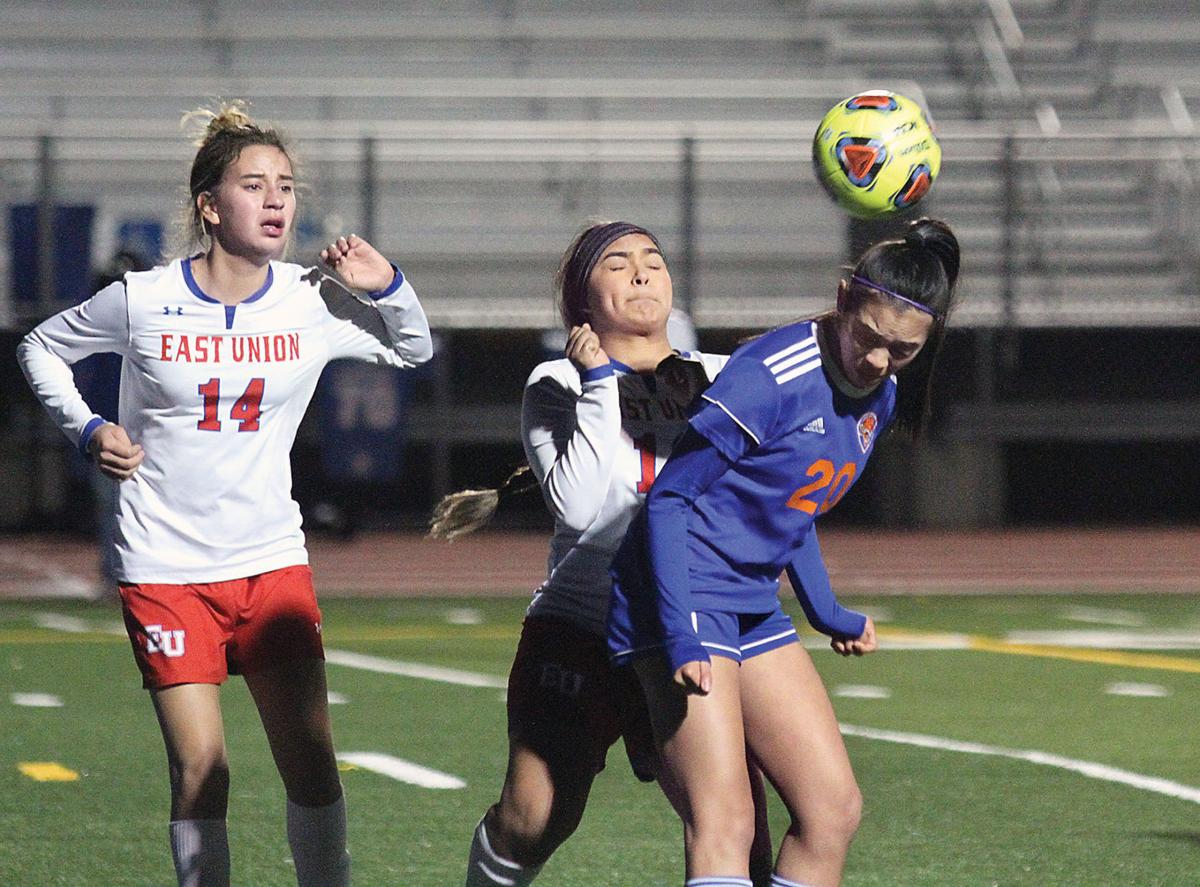 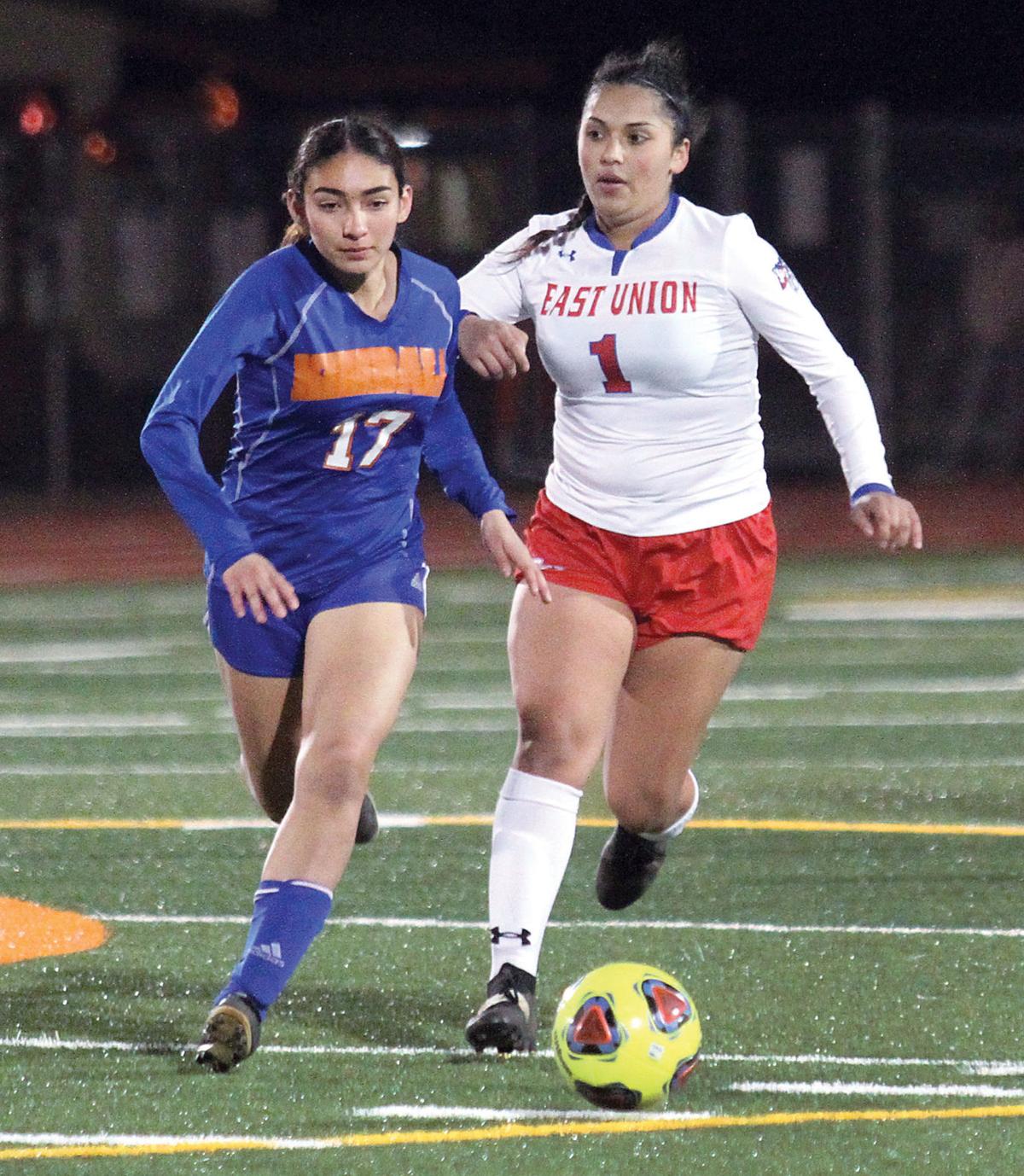 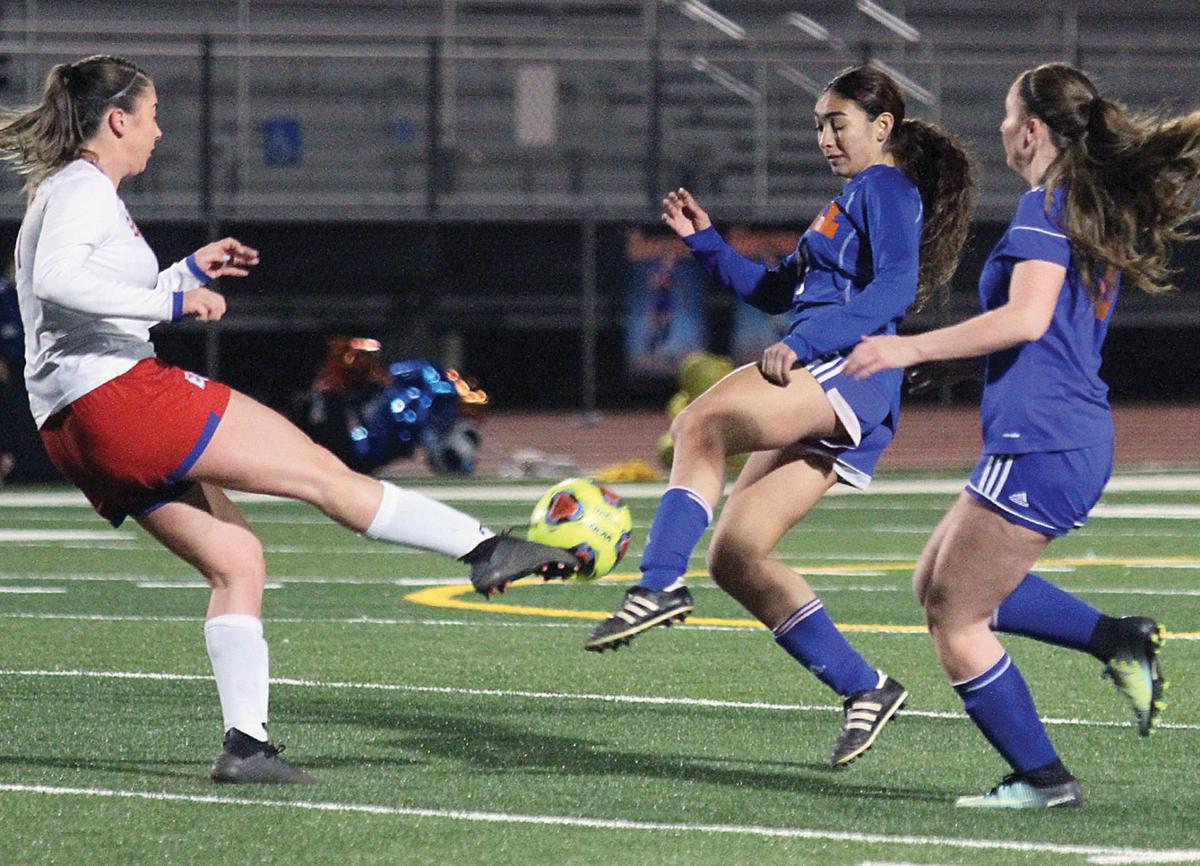 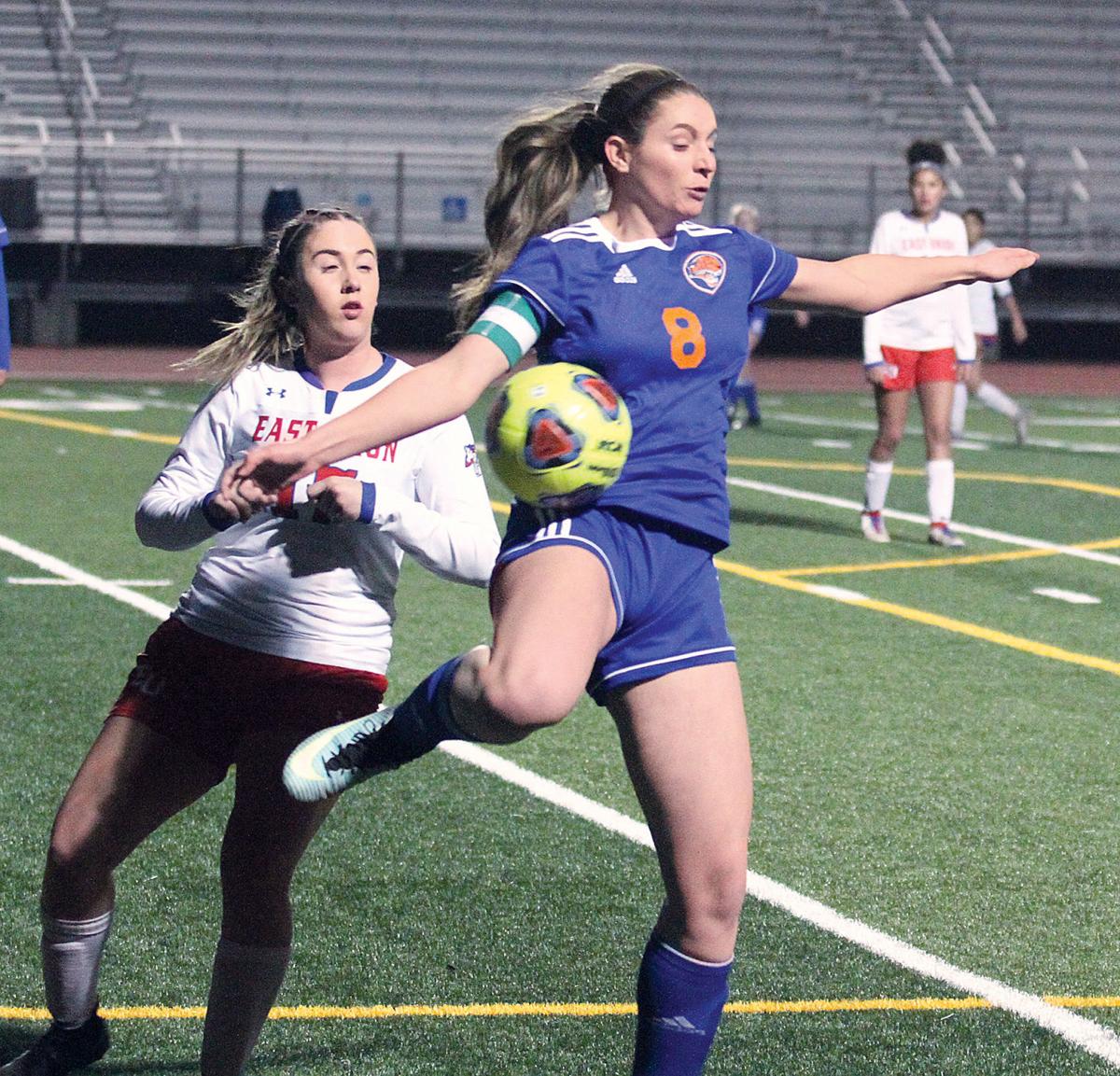 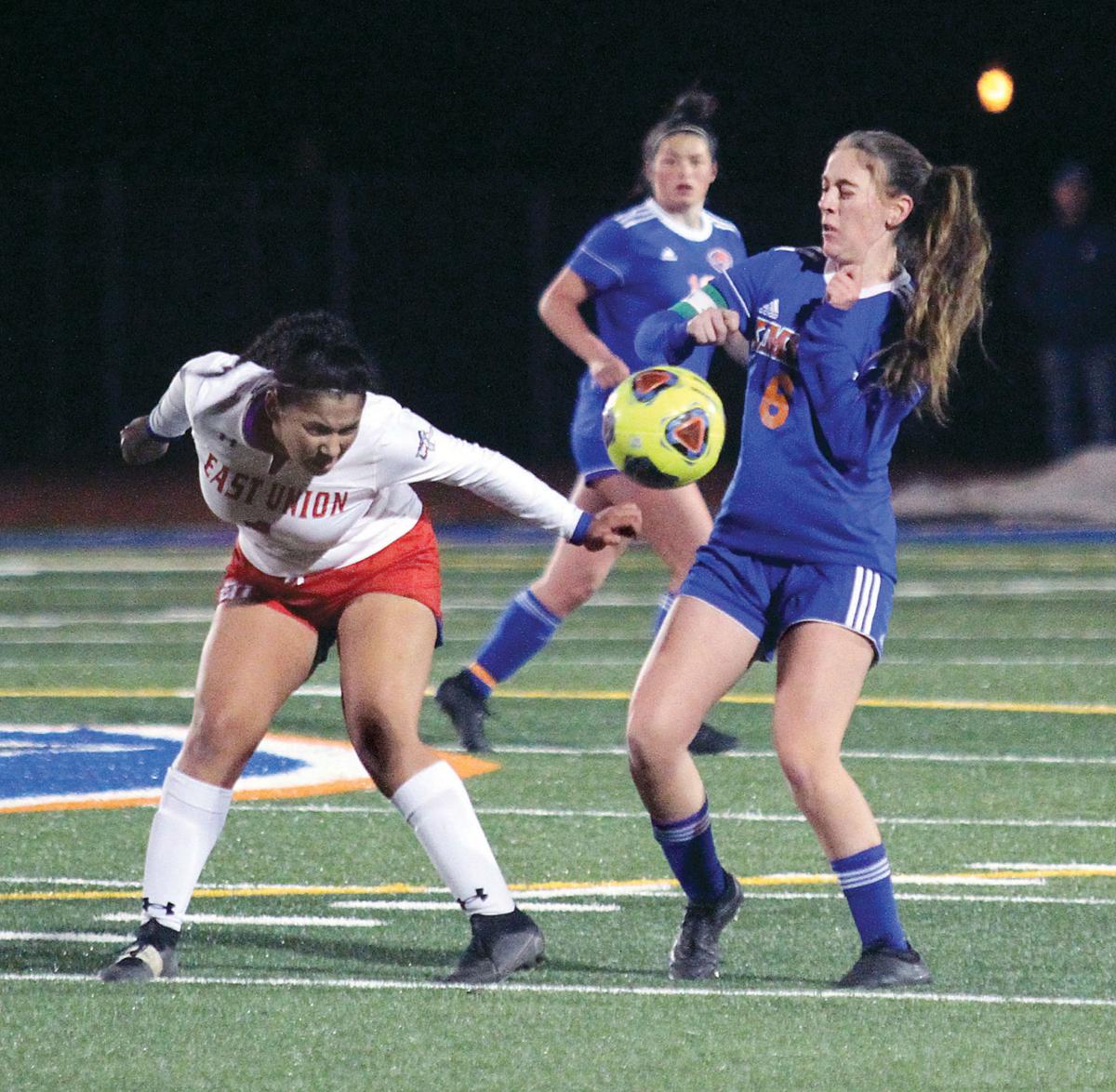 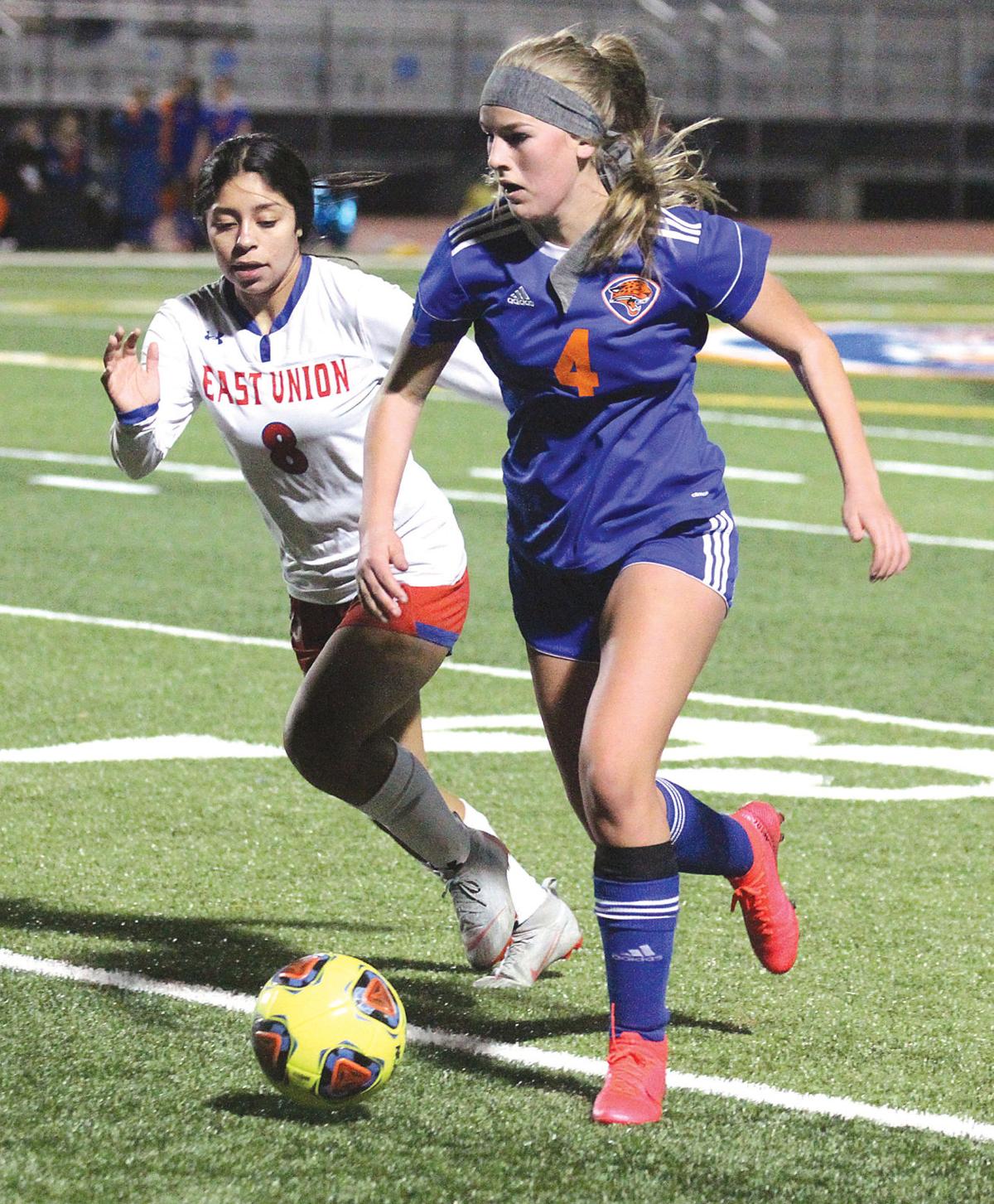 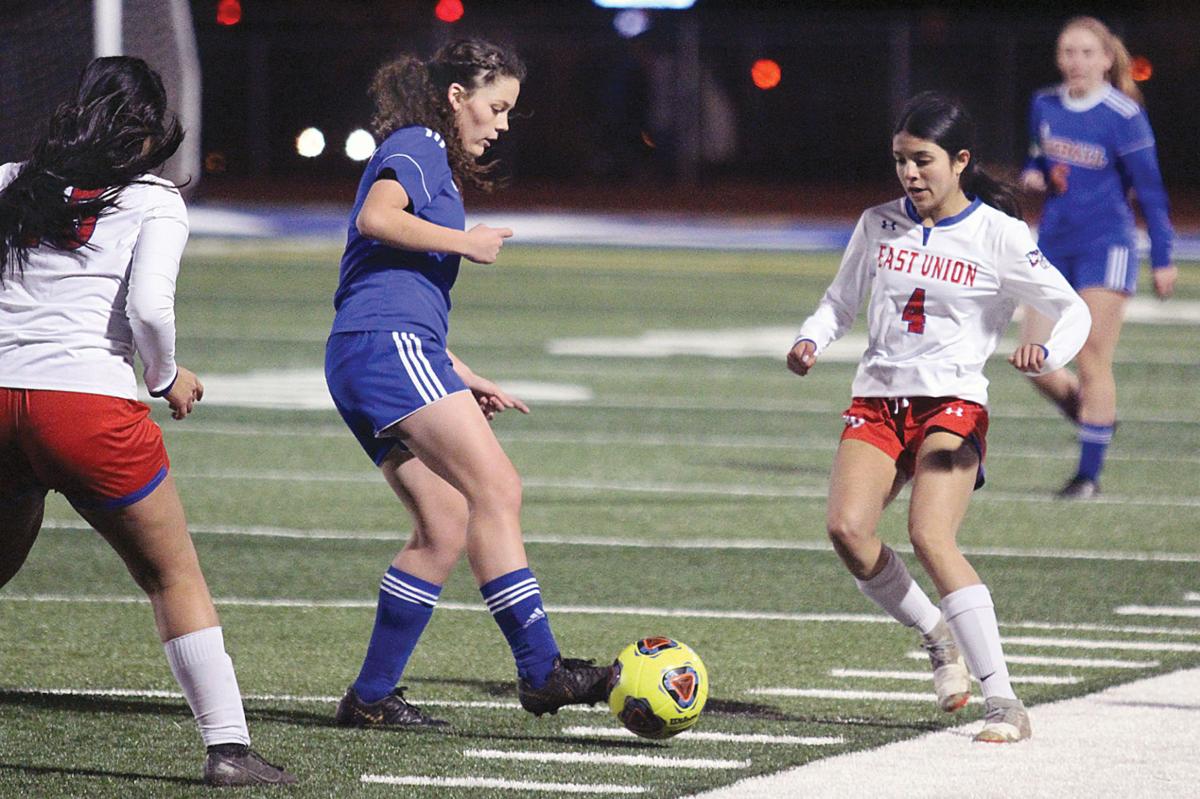 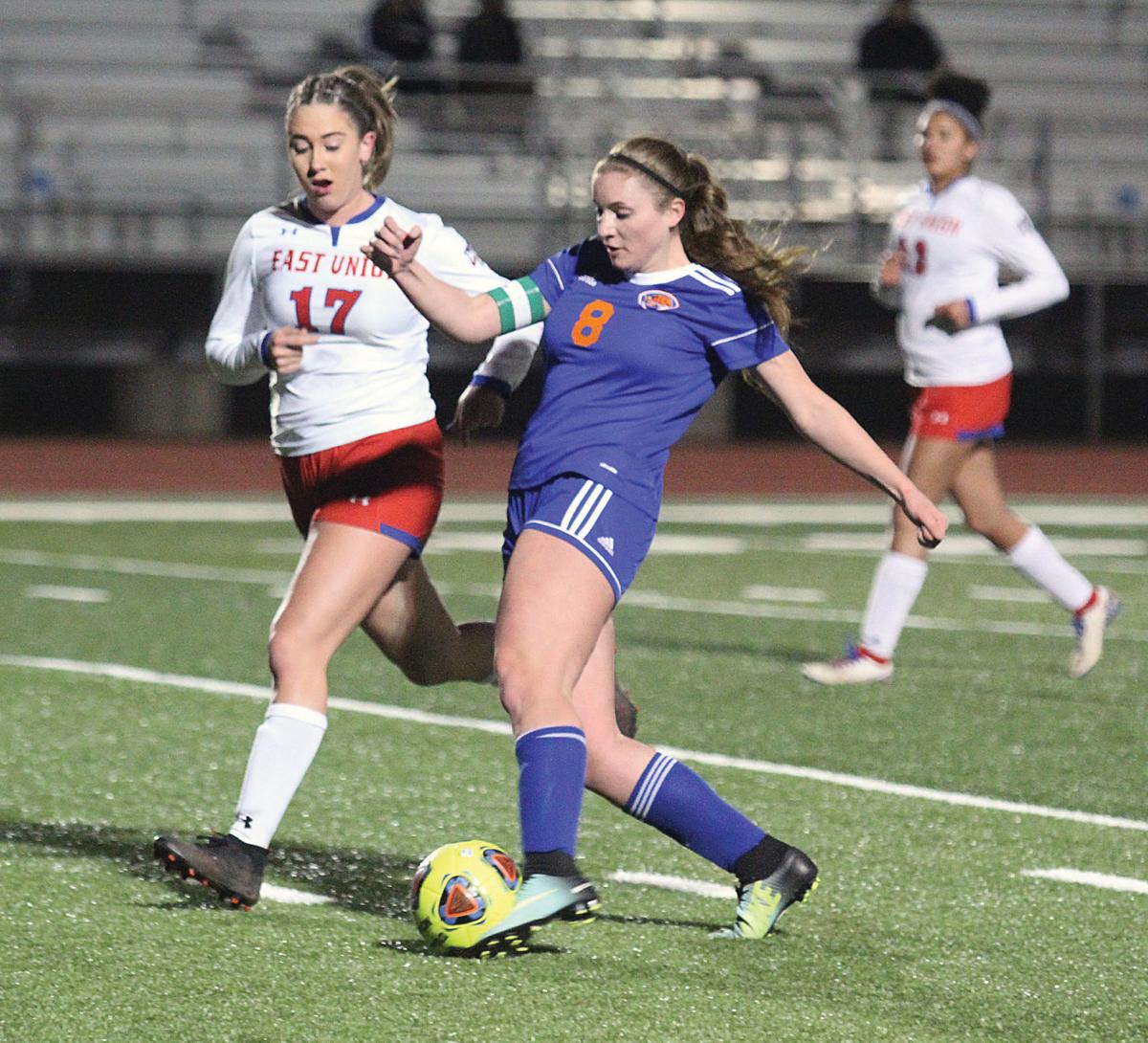 The Kimball girls held onto second place in the Valley Oak League with their 2-1 win at home Monday against East Union High.

Kimball coach Ron Hattley said that aside from making a good showing in a strong league, he enjoys seeing how the Jaguar team continues to improve as the season progresses.

“I really like the way they’re learning how to play fast, to stay in control, to learn how to play quickly, but don’t hurry,” he said. “In particular, my seniors really took care of the game tonight.”

Sophomore Mariya Hinojosa led most of the Jaguars’ assaults on the East Union goal on Monday.

“She’s really made a difference now for our attack. We’re more balanced now. We usually have a strong defense, but now we’ve got something up front,” Hattley said.

For most of the first half, Kimball players saw their shots blocked by the East Union goalie. The Jaguars got on the scoreboard in the 19th minute when sophomore Elissa Giuliacci passed up to Mariya Hinojosa, who clashed with the East Union goalkeeper, pushed past her and made the shot.

East Union responded with its own offensive pushes after that. In one instance, the Lancers charged through the Jaguar defense and past sophomore goalie Jordan Claire for a shot similar to the one Kimball had scored on earlier, but senior defender Sarah Perdue moved into the goal to block it. The Lancers kept up the pressure and scored in the 27th minute.

The Lancers opened the second half by putting up offensive pressure. Claire blocked two East Union attempts early in the second half, totaling four blocks for the night.

The Jaguars broke the tie with a goal in the 48th minute. This time Giuliacci was in position to take a cross from the right side from freshman Jordan Sawyer and make the shot.

“It was a really good game because it was a really close game, but I’m glad our team pulled through,” she said, adding that the win would prepare her team for the last two VOL games.

Kimball will face Oakdale on Wednesday and then Manteca on Friday in a game that’s likely to decide second place in the VOL and determine who gets a higher seed in playoffs.

“I think that as a team we just need to play together and find something mentally that grounds us, so that we don’t get so worked up about the game,” Giuliacci said. “We need to have a clear mind going into the game.”

Mariya Hinojosa said that East Union was a formidable opponent in their Jan. 13 matchup, a 4-3 win for Kimball, so she expected a similar contest with the teams going back and forth with their attacks.