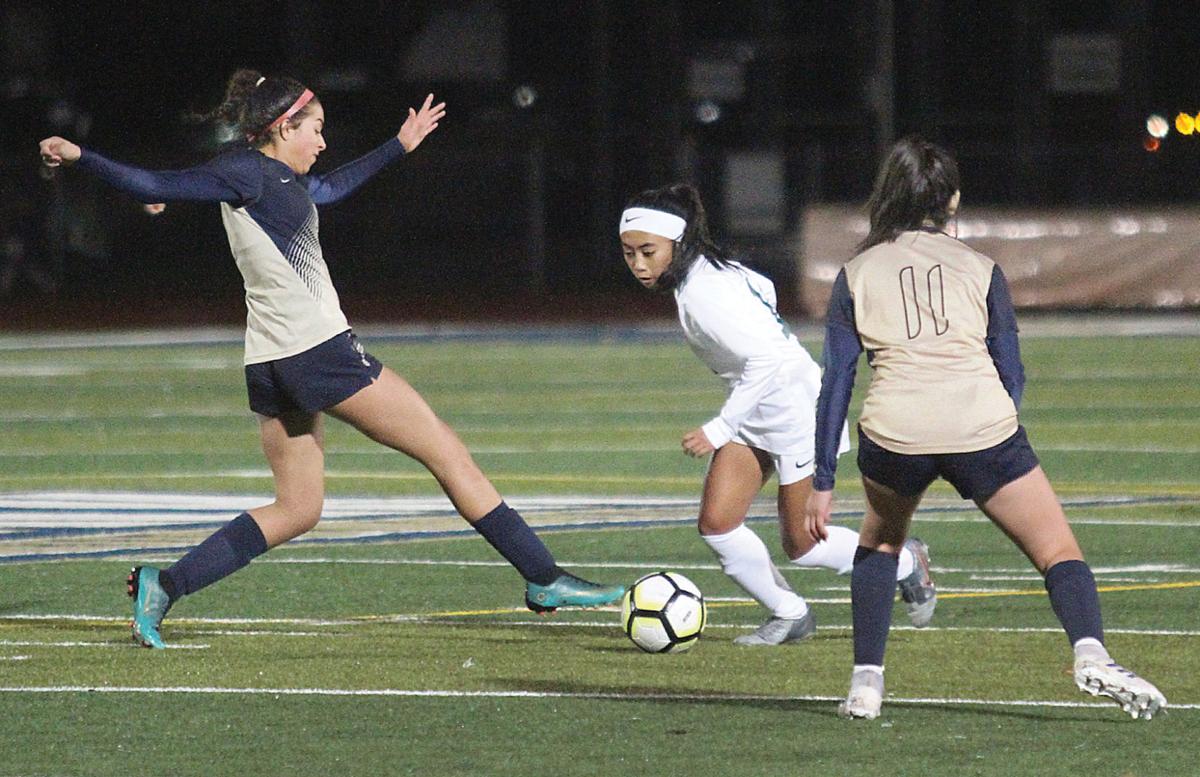 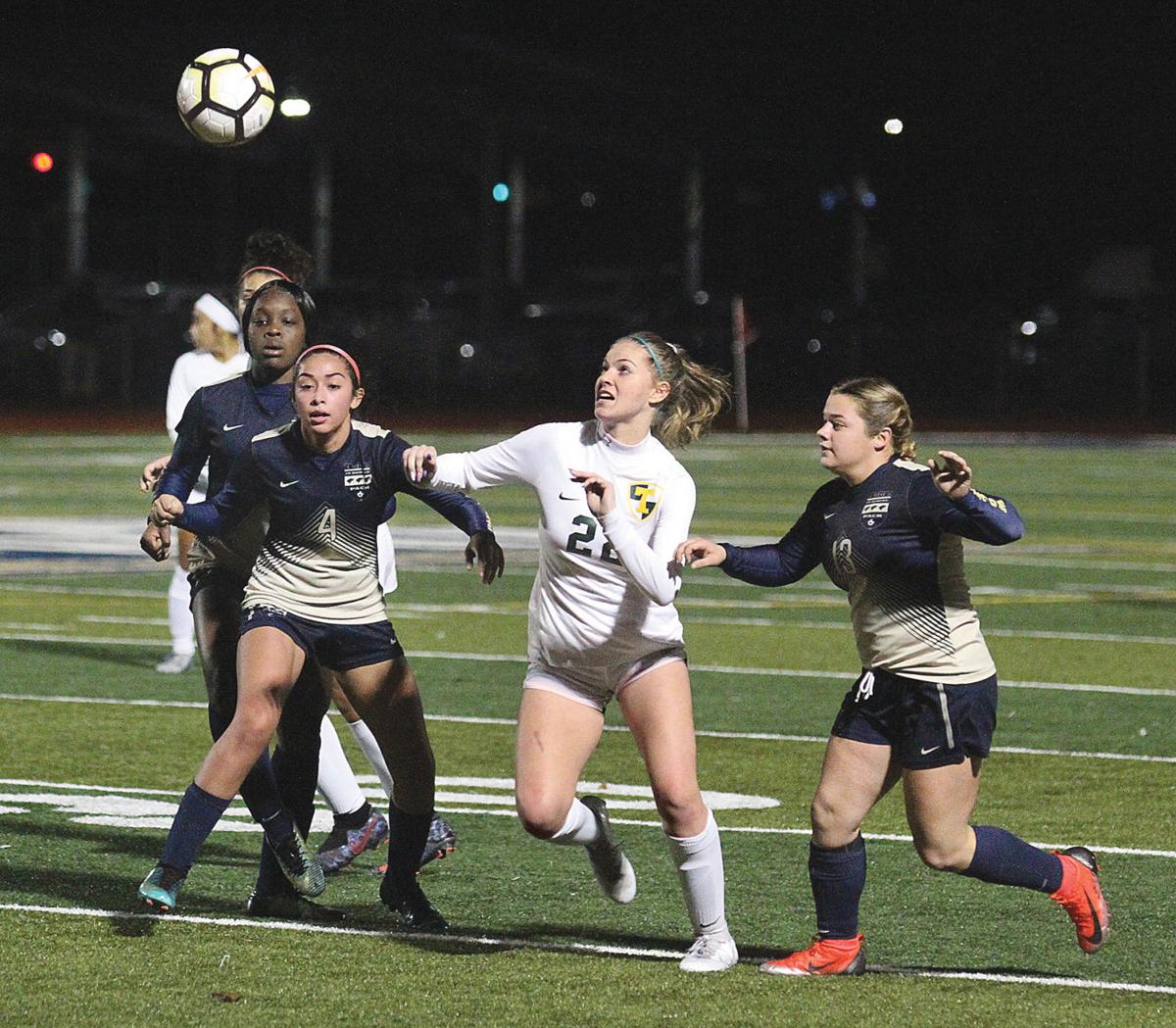 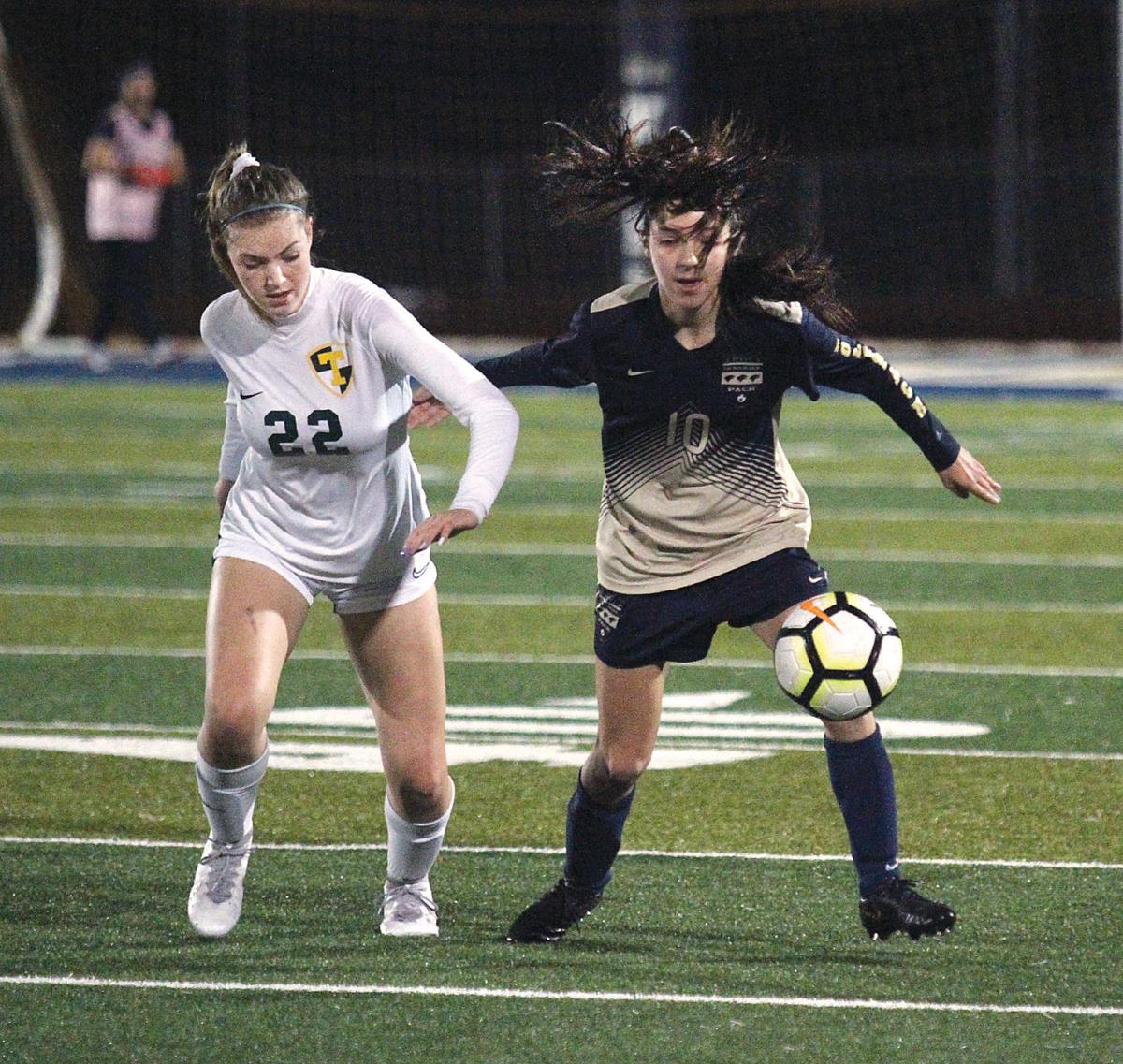 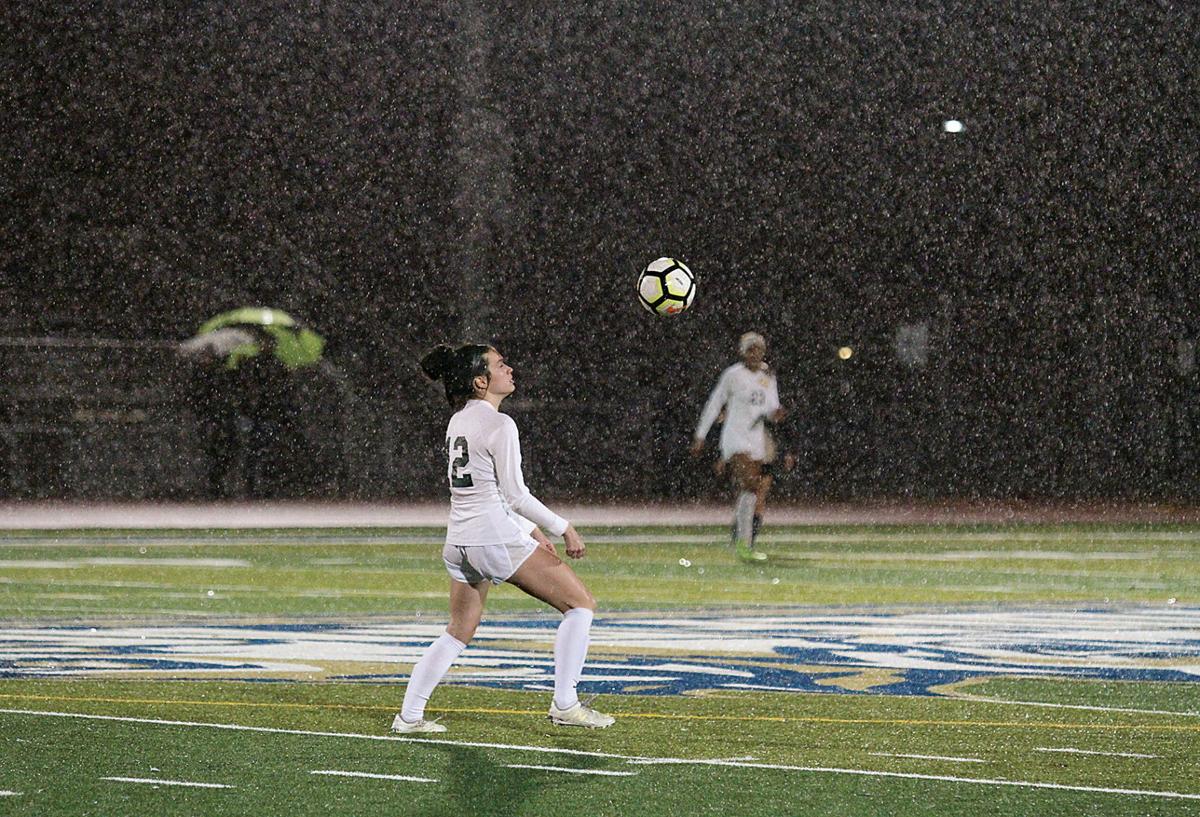 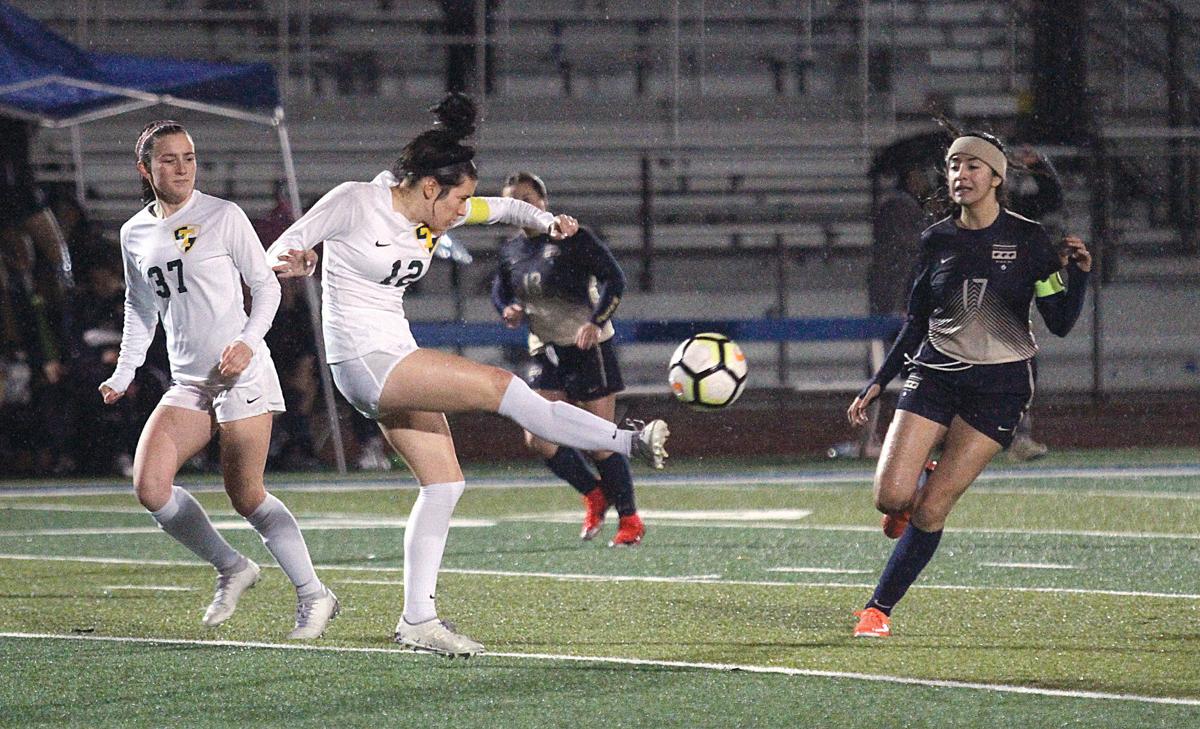 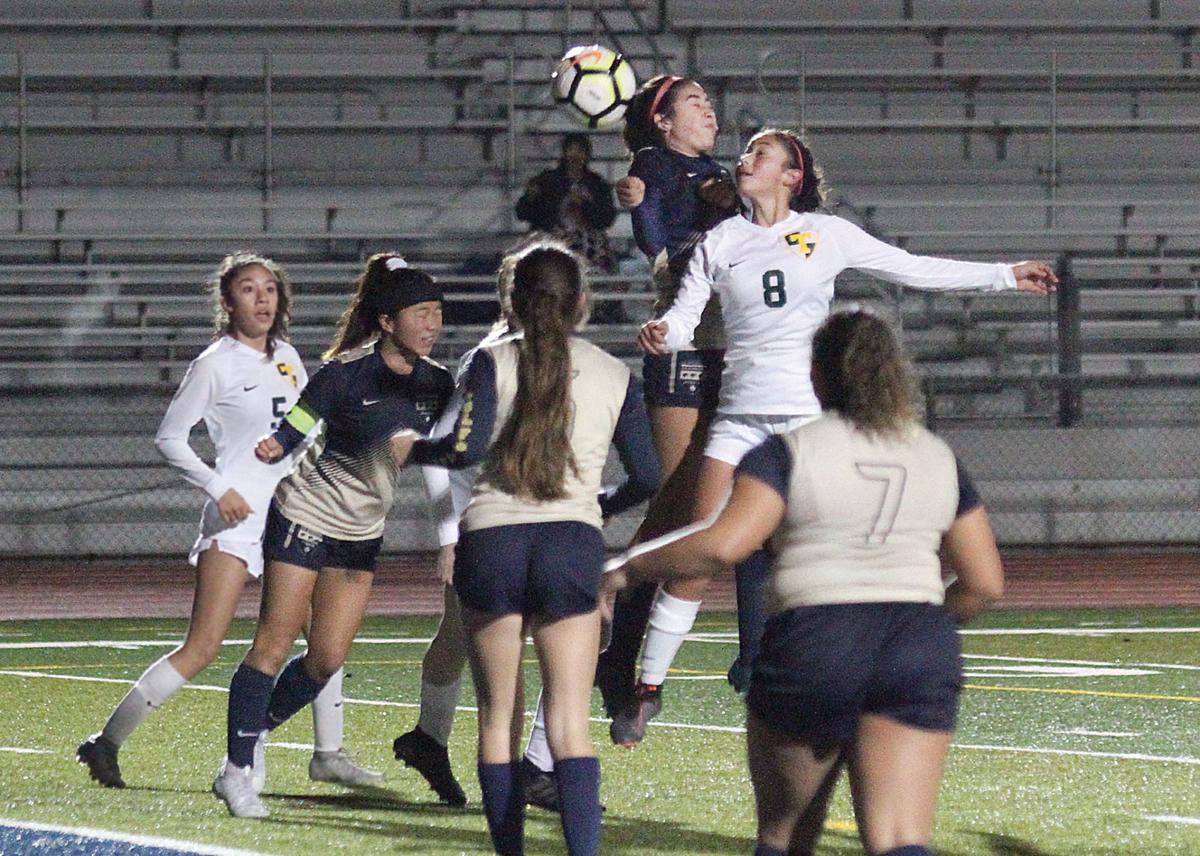 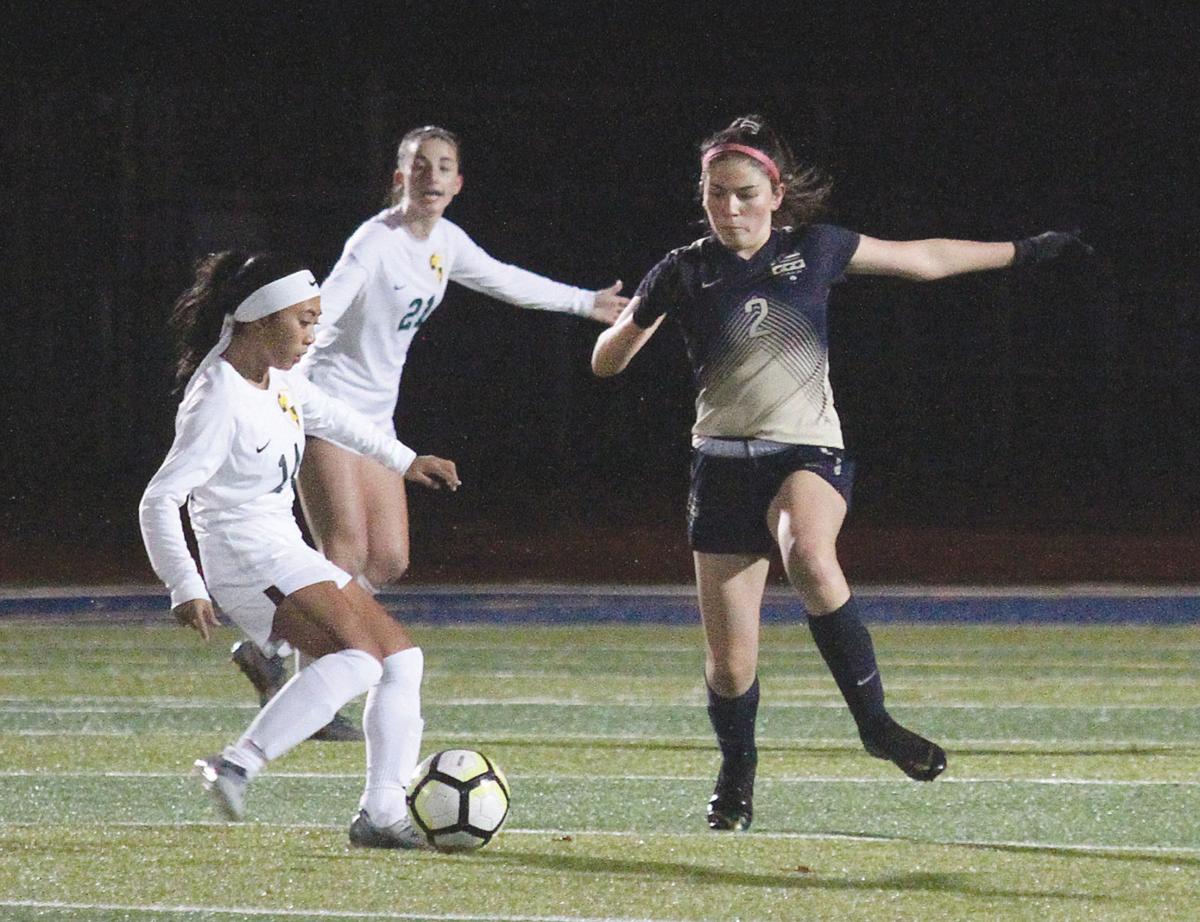 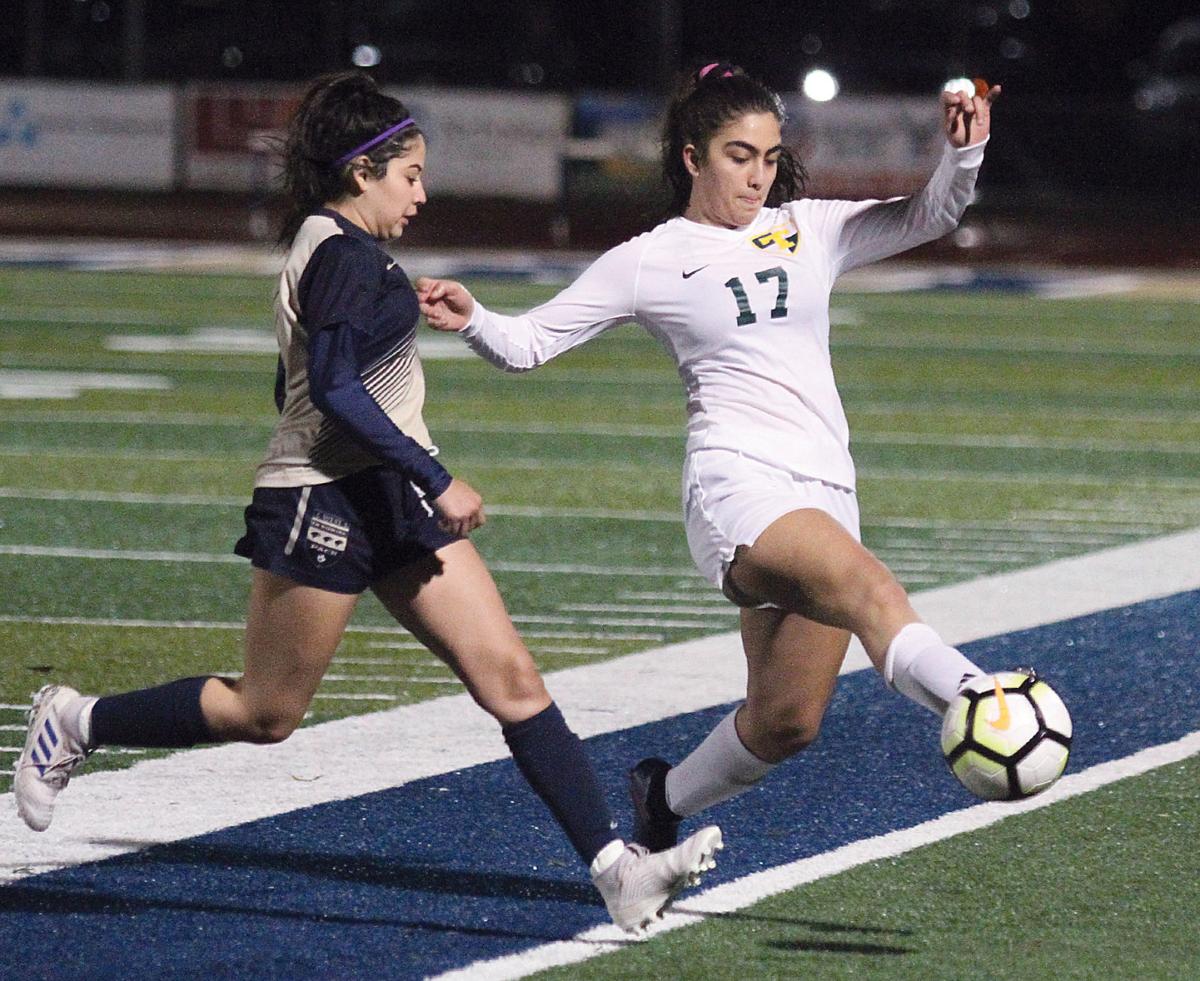 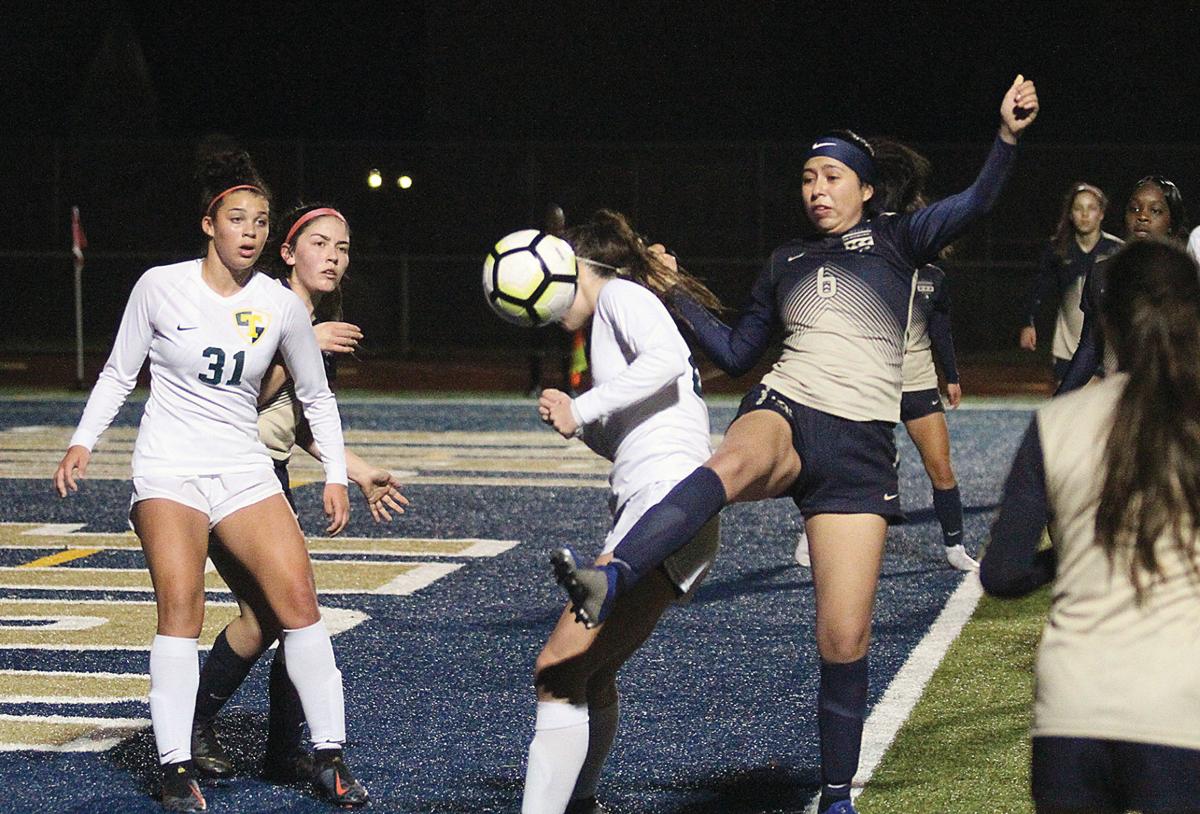 Tracy High freshman Katie Strong (from left) and sophomore Bailey Gualco go after a corner kick as West High junior Vanessa Lopez tries to clear it away from the goal Jan. 16 at Steve Lopez Stadium. 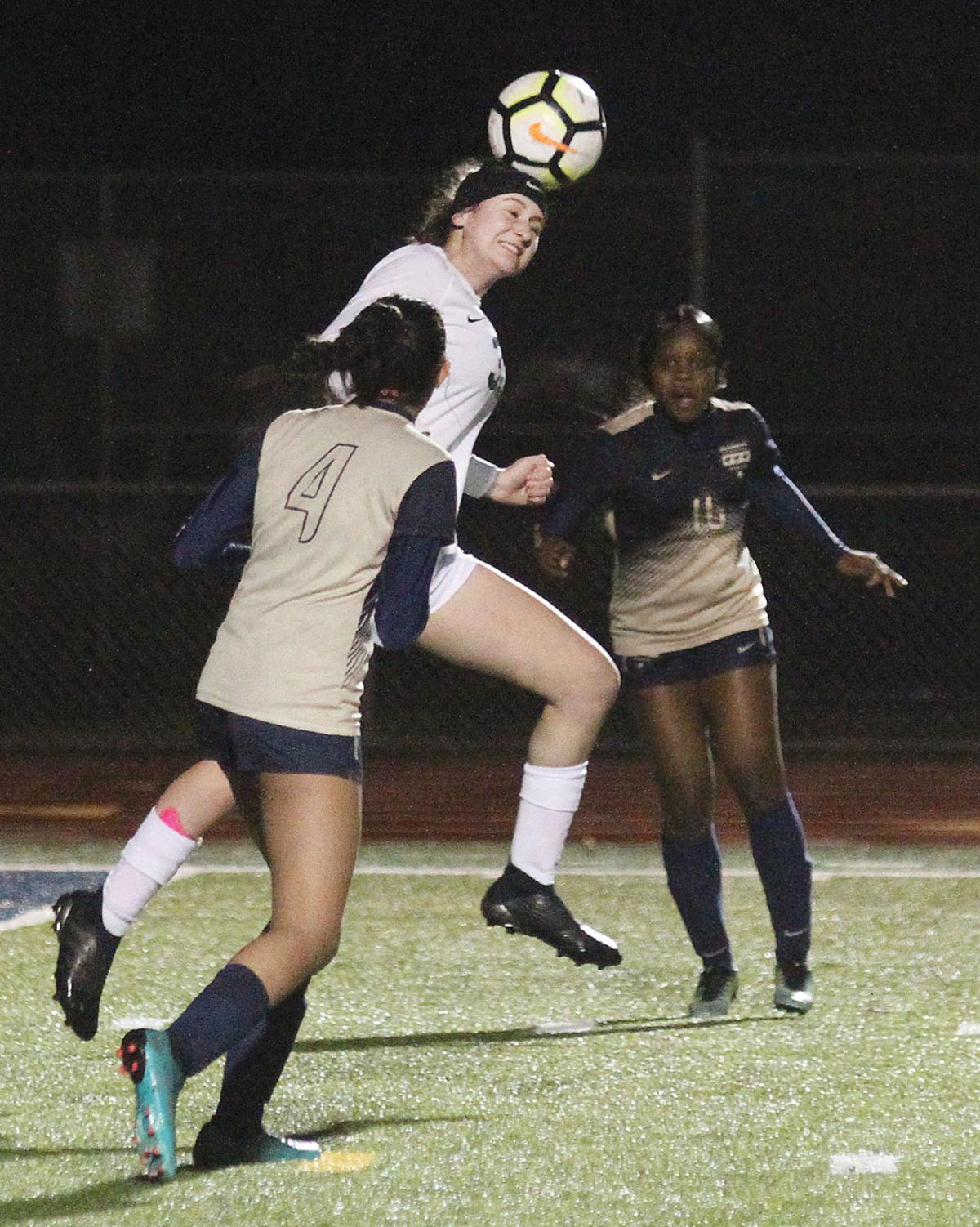 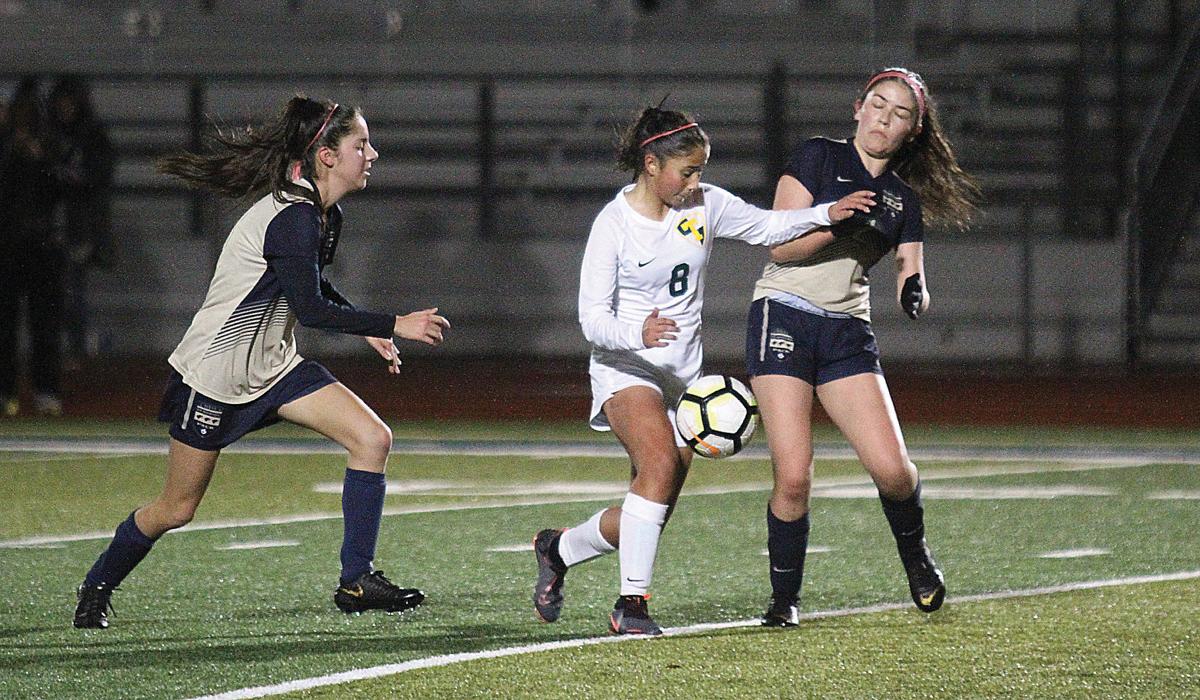 Tracy High freshman Katie Strong (from left) and sophomore Bailey Gualco go after a corner kick as West High junior Vanessa Lopez tries to clear it away from the goal Jan. 16 at Steve Lopez Stadium.

The Tracy High girls affirmed their place at the top of the Tri-City Athletic League with their 2-0 win at West High on Thursday.

The Bulldogs (9-0, 3-0 TCAL) are the top-ranked girls soccer team in the Sac-Joaquin Section and seventh in the state, according to MaxPreps.com. The win against West (3-8-2, 0-3-0 TCAL) moved Tracy up a couple of spots in the state rankings.

Players see the Tracy vs. West matchup as showing which of the two will be the best team in town.

“West High is usually our rivals and beating them is a really good thing for us,” said freshman Savannah Cordero, who helped put the offensive pressure on West early and scored Tracy’s first goal. “I like how we’re being humble about it. We’re going to move on with it since we’re 9-0. Coach Nate (Perry) is a great coach, and he encourages us every game to do better and better.”

Tracy opened with strong pressure on the West goal in cold and rainy conditions at Steve Lopez Stadium. Tracy got on the scoreboard in the sixth minute when Cordero scored on a pass from freshman Katie Strong on a play that came together quickly and had Cordero making the shot into the upper left corner of the goal.

The Bulldogs continued their attacks well into the second half, consistently running up against a determined West defense. Wolf Pack senior goalie Nayeli Lopez blocked seven shots in the first half and four more in the second half.

West senior sweeper Jessica McNair said her teammates held up well and had plenty of confidence against their crosstown rivals.

“They really underestimated us so we took advantage of that and we played our hearts out,” McNair said. “We just wanted to win. The scoreboard doesn’t matter but our effort did.”

She expects the Wolf Pack to keep improving.

“Our chemistry, we were struggling at the beginning of the season, and I feel like we’re getting tighter and we’re playing as a team now,” she added.

Tracy scored again in the 59th minute when junior Ciara Lucas launched a throw-in toward the West goal and sophomore Bailey Gualco passed to Strong, who made the shot.

“I saw the ball coming and I just put it in,” Strong said. “We want to go undefeated and win league, so this means a lot. We don’t like losing.”

West stepped up its offensive pressure in the second half with junior Jasmine Cochiaosue leading the attacks. Tracy junior goalie Madeline Mannina blocked four shots in the second half, including a free kick from just outside of the penalty box and another longer free kick.

West attacking midfielder Ameiya Peterson said her team put up a respectable effort against a top-ranked opponent — West is only the third team this year to hold Tracy to two goals — so her team was happy with the outcome despite the loss.

“We really showed ourselves and proved we can be just as good as them,” Peterson said. “I feel we needed that to bring our confidence up and our next game should be better than our last.”