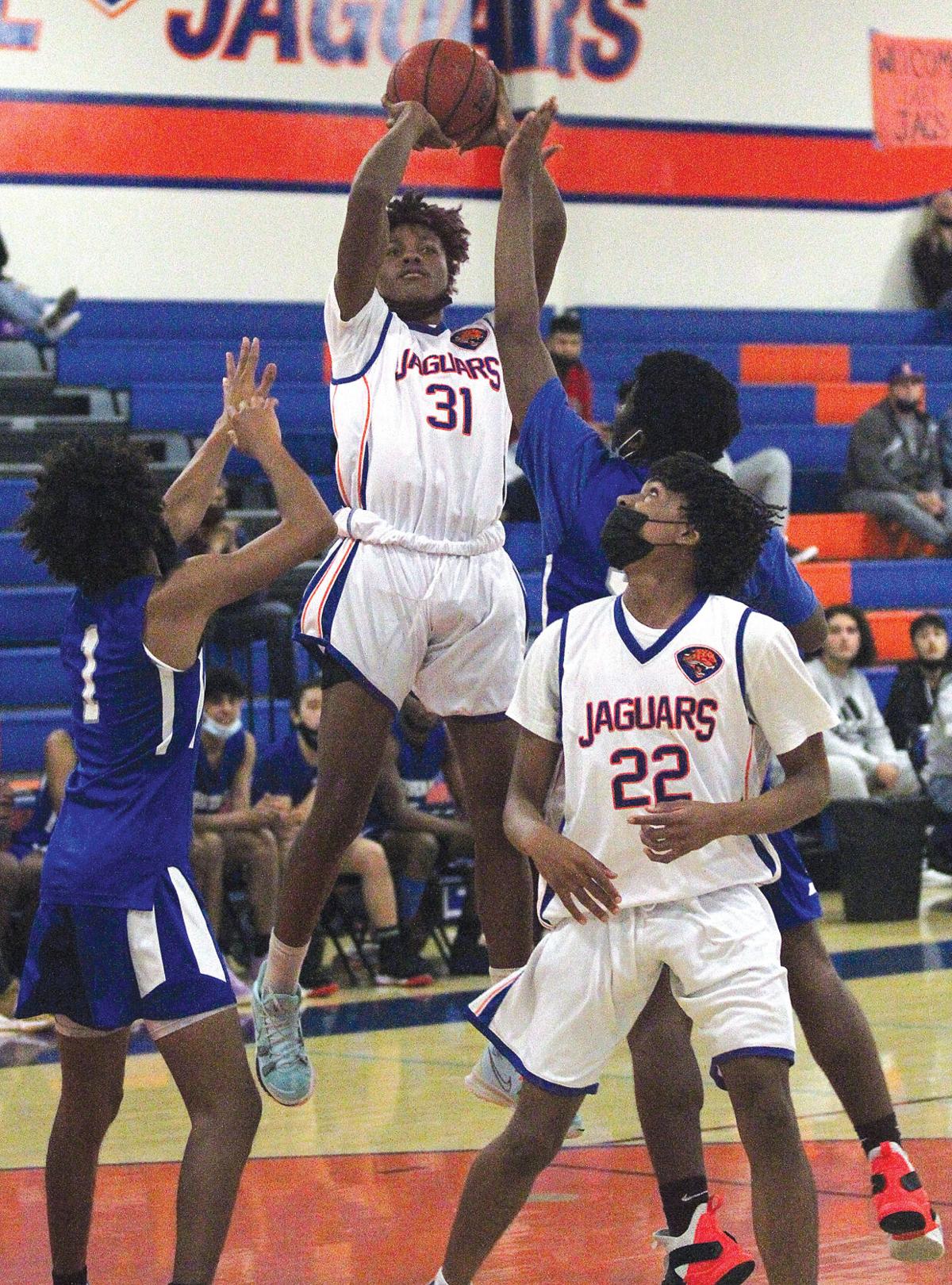 Kimball High junior Greg Thompson (center) goes up for a shot between a pair of Mountain House players Tuesday night at Kimball High. 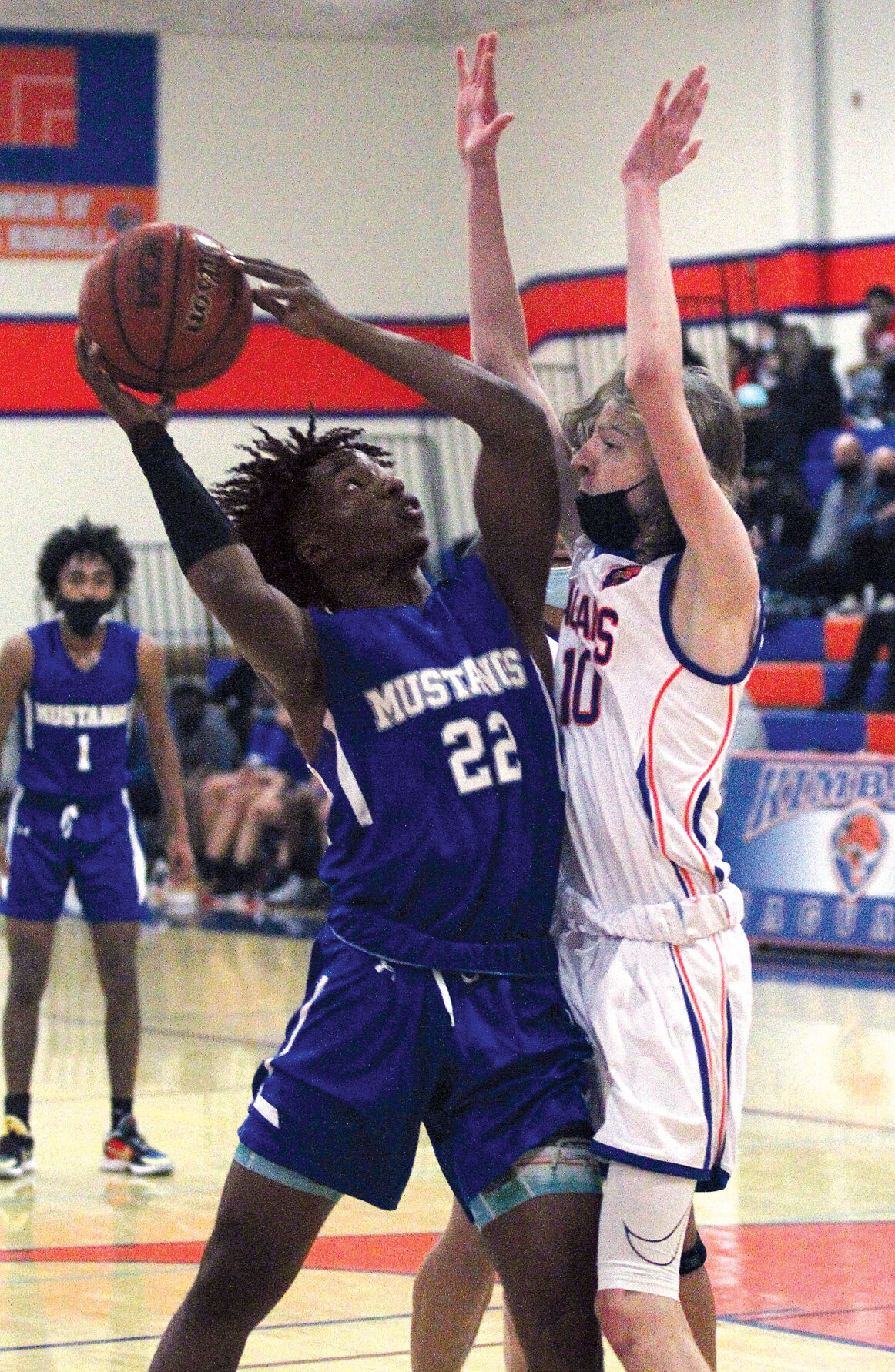 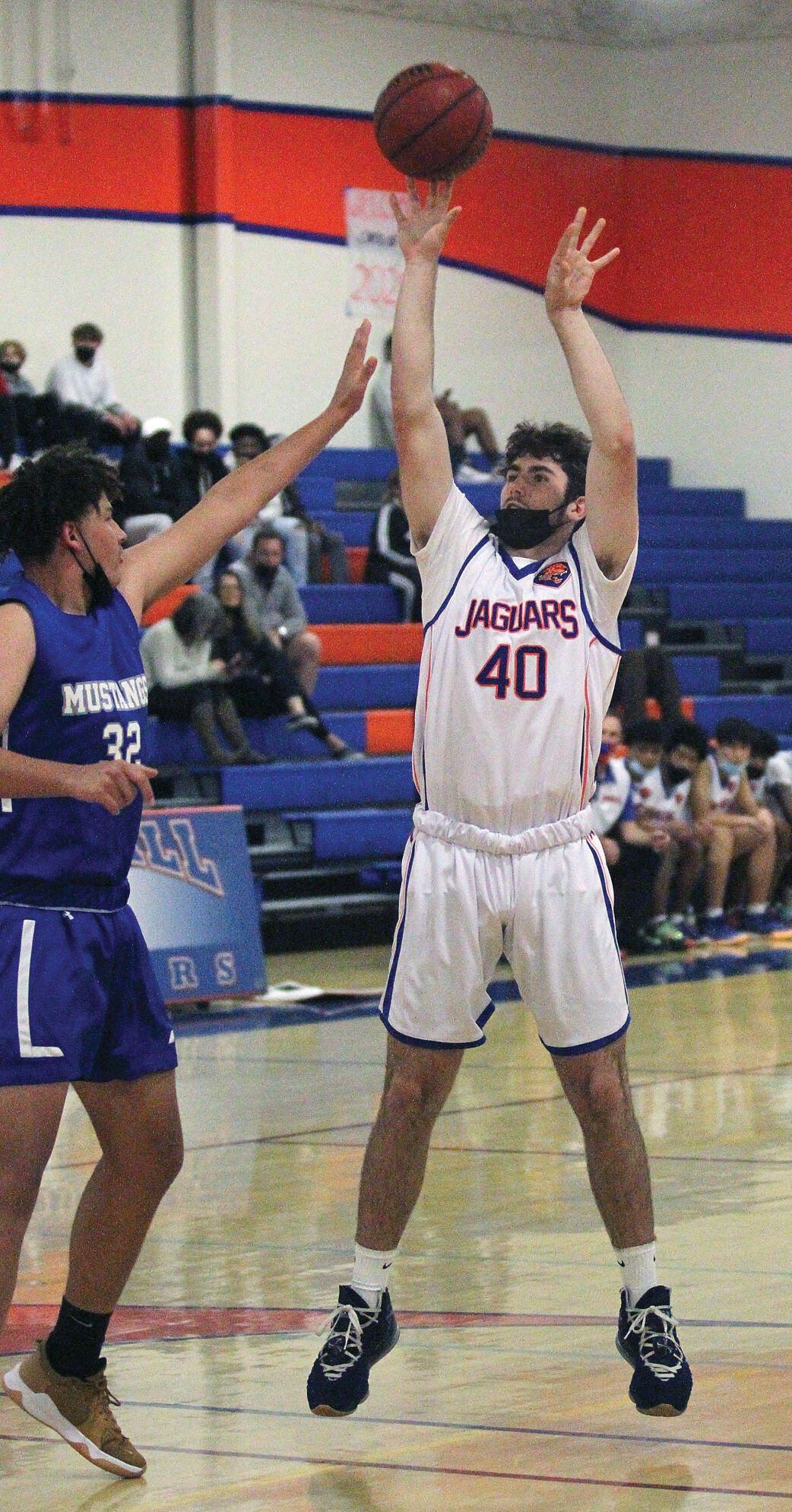 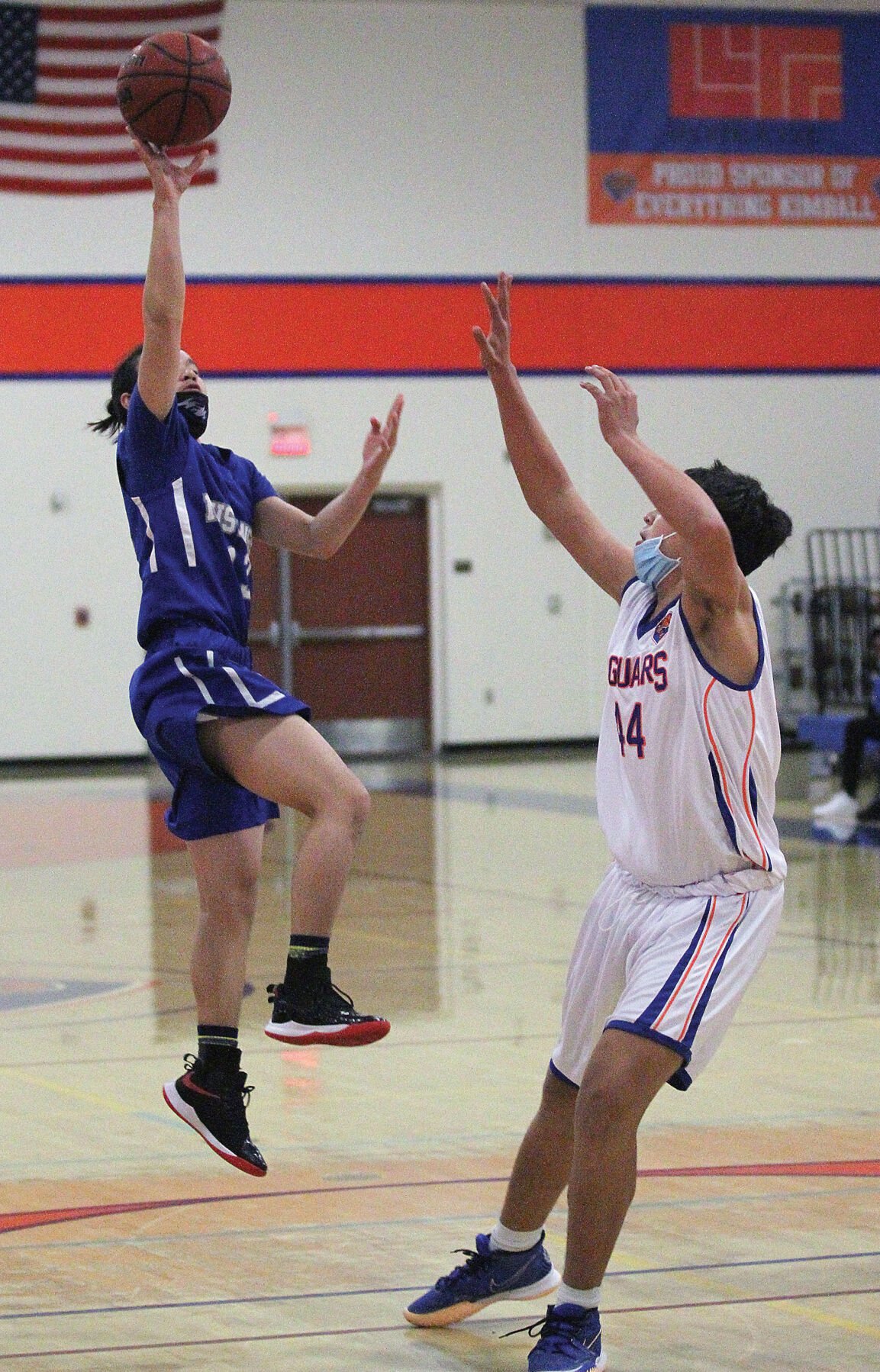 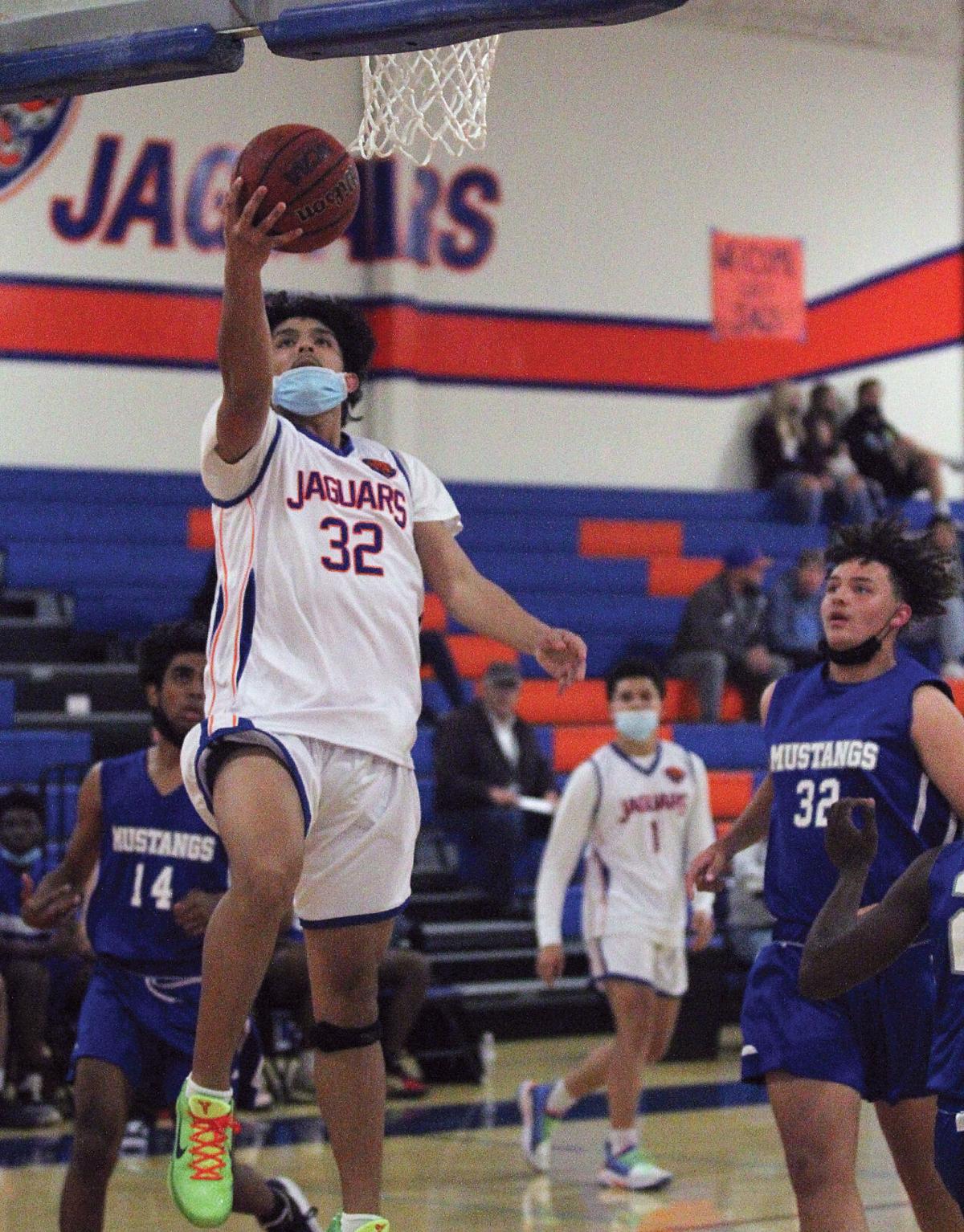 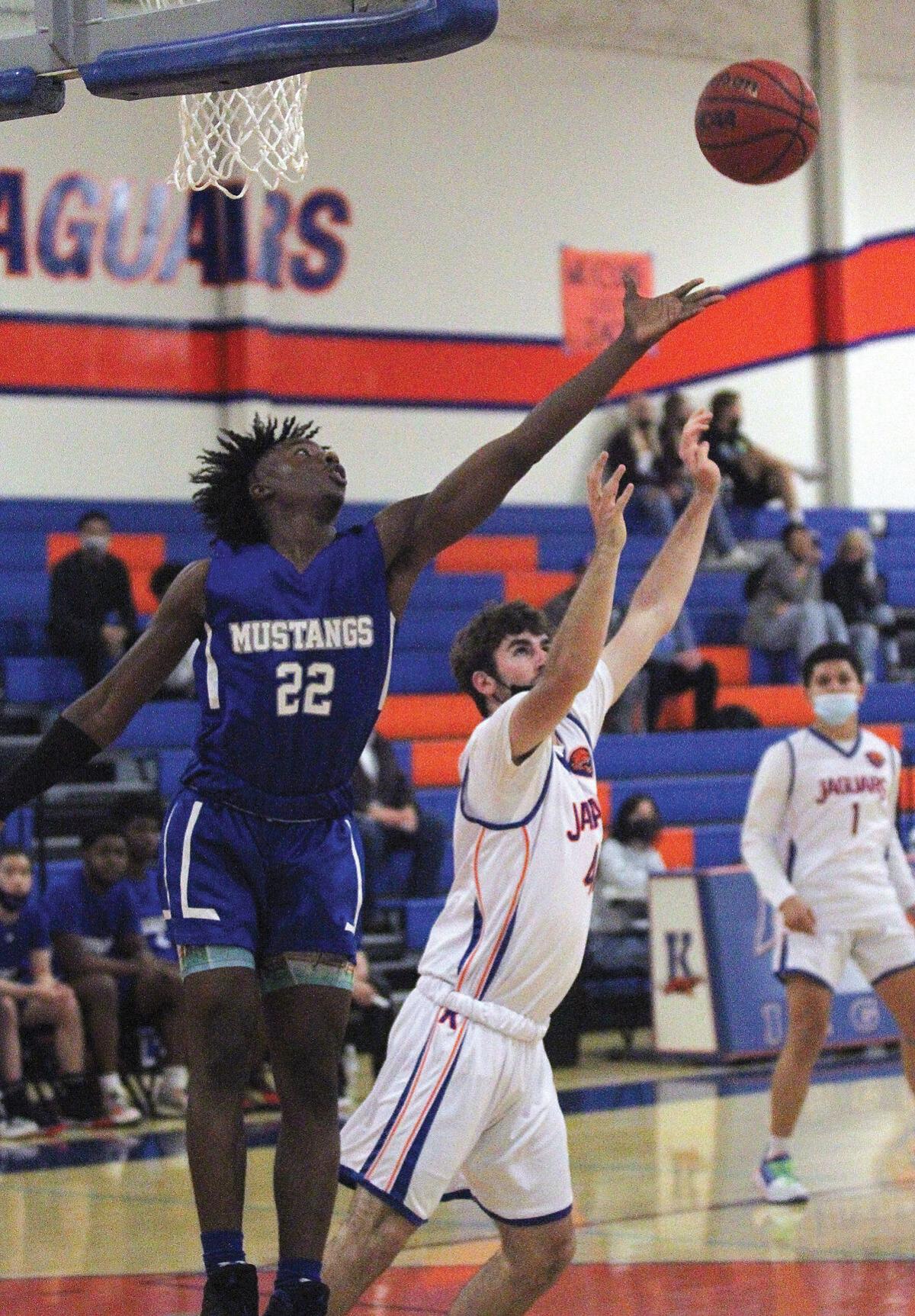 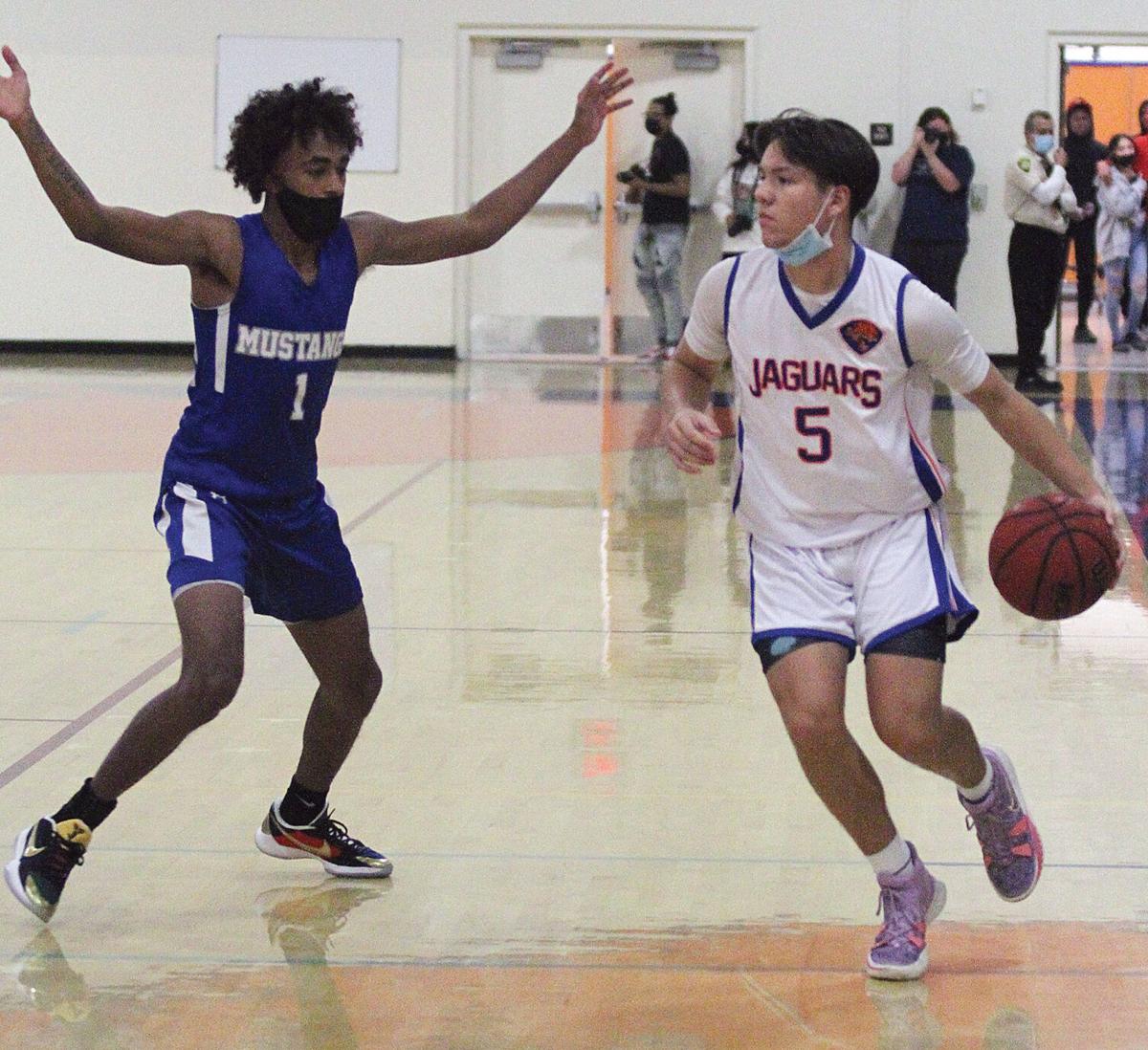 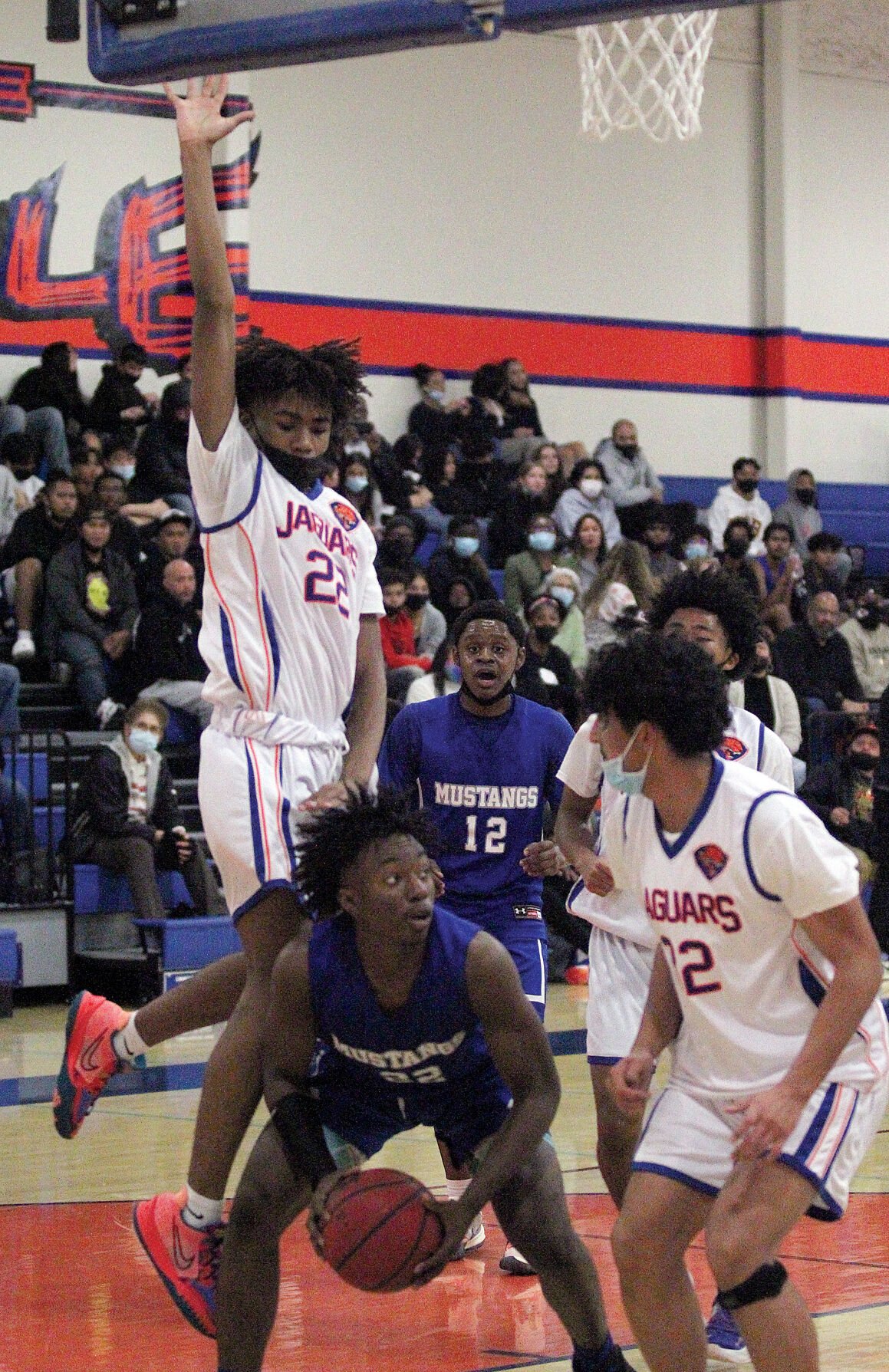 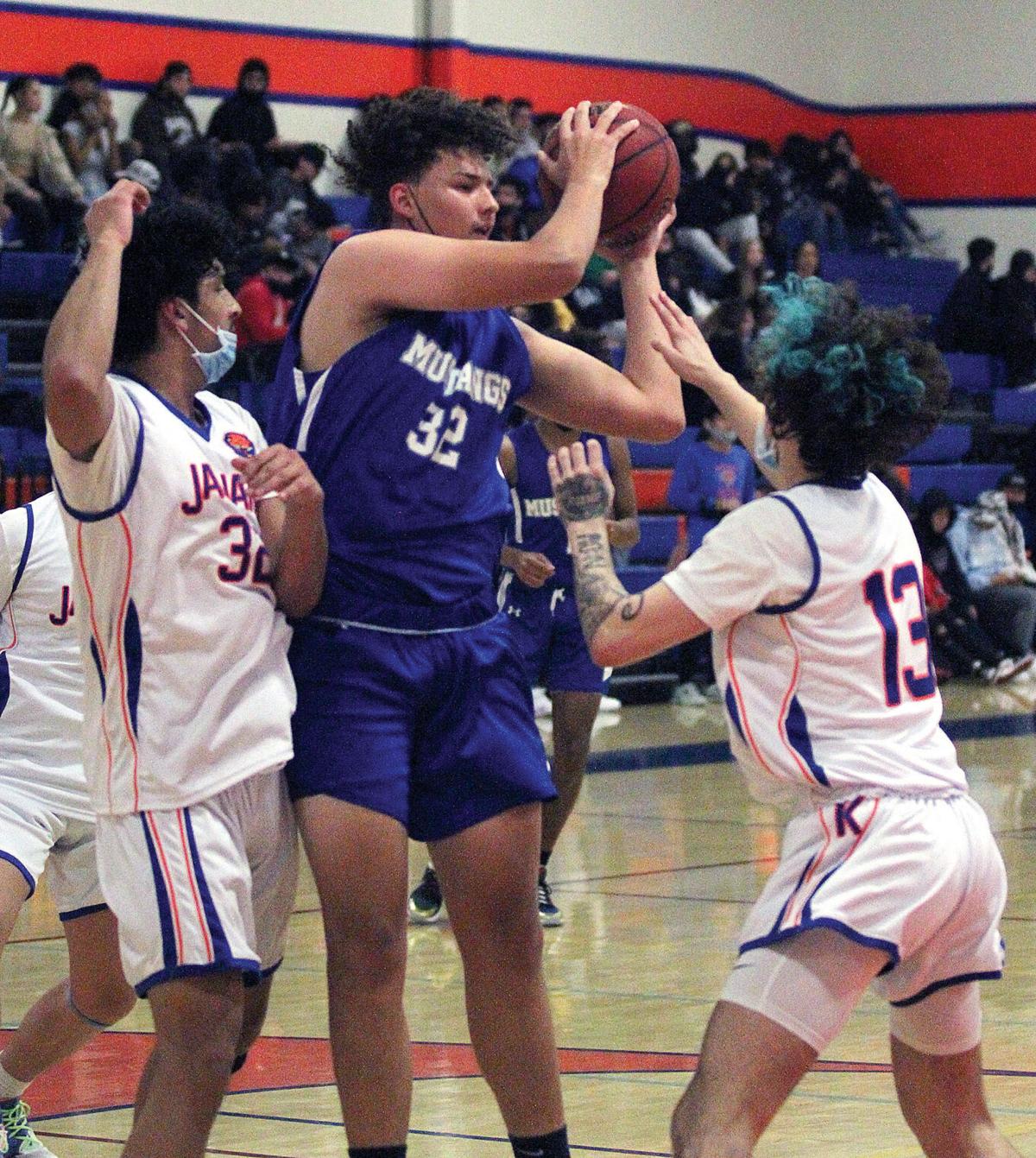 Kimball High junior Greg Thompson (center) goes up for a shot between a pair of Mountain House players Tuesday night at Kimball High.

The Kimball High boys basketball team is already establishing strong momentum at the start of the season, with the Jaguar’s 70-56 win at home on Tuesday against Mountain House the team’s third victory in its first week of play.

After a slow first quarter for both teams, the Jaguars came back with scoring contributions from across the team roster to take a 34-24 halftime lead.

“We have a very deep team this year,” said Kimball Coach Albert Garibaldi. “We don’t have any one superstar. We have a lot of good players.”

By the end of the game the Jaguars’ scoring leader was junior Chris Obiajulu with 10 points, while the Jaguars had 10 more players, including six who scored seven or more points over the course of the game, contributing to the final score.

“We want to give every player the opportunity to succeed. Having a balanced score sheet is a good thing for us.”

He added that two more players, senior Chinedu Nwankwo and junior Travis Marieiro, have just finished the football season and will join the basketball team next week.

The Mountain House Mustangs (0-3) put up a strong challenge in the third quarter, the only quarter when they outscored the Jaguars, and by early in the fourth they had cut Kimball’s lead to 50-46.

“They didn’t shift defensively. We have to get more consistent throughout the game. Not just first quarter or just third quarter. That’s conditioning,” he said. “The positives are that they play hard and we have guys who like each other, so it’s a matter of building chemistry on the court on the defensive side, because the offense is solid.”

After trailing 33-24 at the half the Kimball Jaguars took over in the third quarter on their way to a 59-48 win at Tracy High on Saturday. The Jaguar defense all but shut down Tracy in the third quarter, allowing just three points, and continued to outscore the Bulldogs in the fourth.