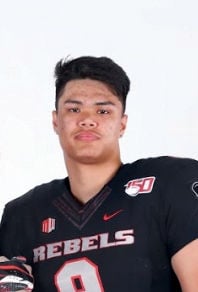 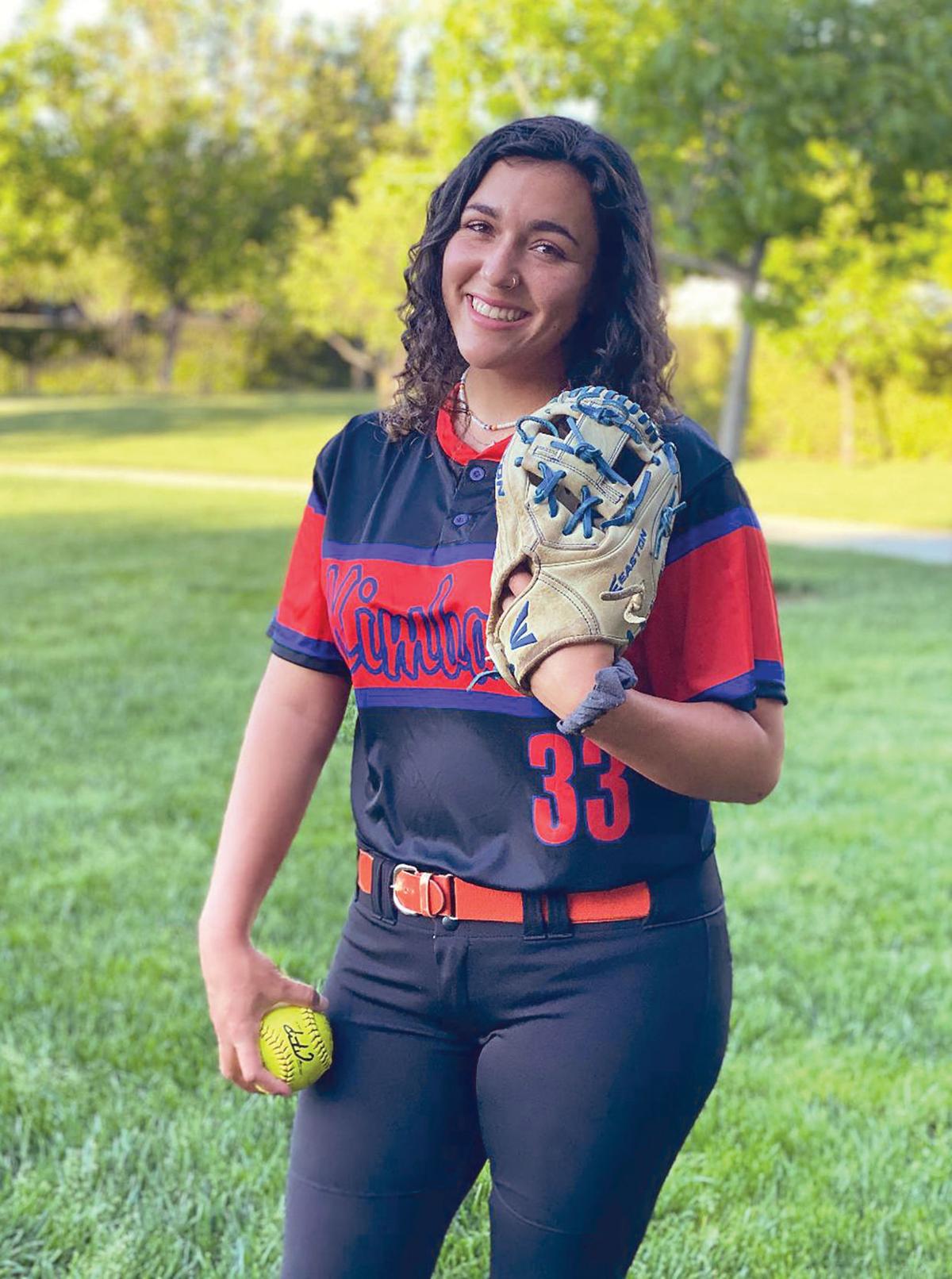 Three Kimball High seniors are looking forward to starting the 2020-21 sports season and competing at the next level.

Kaleo Ballungay already had his college plans lined up at the start of his senior year, with University of California, Berkeley as his destination.

But it was just one of 10 colleges interested in the 6-foot-6, 232-pound tight end, and when it came time for Ballungay to sign his letter of intent in February, he had reconsidered his options.

“I just wanted to go to a college that best fit what me and my family wanted for my future. We saw Las Vegas as a better fit for me,” Ballungay said.

Ballungay said that the University of Nevada, Las Vegas Rebels’ tight end coach Jordan Paopao is new to the team and recruited him to join him in the fall.

“It’s a new culture over there, with a whole new coaching staff, new facilities, and a lot of things over there going in the right direction,” Ballungay said. “The coaching staff really cares about their players over there.”

Ballungay will also study business, with a career goal of starting a company with his brother, Kainoa, who is a freshman playing basketball at California State University, Stanislaus.

Kaleo also plays basketball but decided to focus on football in his senior year. In nine years of the sport, he has played for the Tracy Cougars, Tracy Rampage and then Kimball High, with two years on the varsity team.

He gave credit to the coaching staff for helping him build his character, and his teammates for providing great memories.

“One of my favorite games was probably beating East Union in the fourth quarter,” he said, referring to the Jaguars’ 48-44 win at home on Sept. 27, 2019, a key victory that helped the team make the playoffs. “It was close game and we came back with three touchdowns. The last play of the game, they had the ball and I blocked the pass. It was one of my favorite moments.”

Kyle Gibson is a three-sport athlete at Kimball High, with football his top choice as he moves on to college.

Gibson chose Benedictine College in Kansas because he was already familiar with the school and its football program.

“My older brother went to the same school, and he saw how good I was doing so he sent my film to the coach, and the coach liked what he saw,” Gibson said, referring to older brother Logan Finley, a 2013 Kimball High graduate who went on the play football at San Joaquin Delta College and then Benedictine, graduating in 2018.

“I’ve been there plenty of times and watched him play out there, so I knew the coach already,” Gibson said, adding that Benedictine athletes are as serious about academics as they are about their sports.

He plans to study criminology with a career goal of becoming a police officer. Gibson expects to redshirt his first year and then play safety for Ravens’ defense.

While at Kimball High, Gibson played football, basketball and baseball, including a role as the Jaguars’ quarterback in his sophomore year. He didn’t play his junior year and returned to play mostly defensive back in his senior year. He also played three years of varsity baseball as a pitcher and outfielder.

He said the Jaguar football team emphasized hard work, and buy-in from the team was a big motivator for Gibson. It’s an outlook that got Kimball to the Sac-Joaquin Section playoffs this school year for the first time since the school first fielded a varsity football team in 2010.

“They taught me to outwork everybody,” he said. “We practiced hard. Coach K (Mike Kuhnlenz) is amazing and it worked out.

Gibson hopes to play college baseball as well but will first pursue and conquer his football goals.

“I just want to get stronger and faster my freshman year, and then the four years after that, I want to be the best football player I can be,” he said.

Even with her senior year of softball cut short, Rylie Costa has continued to attain softball accolades.

When Cal Hi Sports recently released its first top 100 list for softball, Costa was there at No. 45, one of just two Valley Oak League players to make the list. The other was Cortney Koleman of Oakdale High (84th). The only other local player was Lyric Moore of Mountain House High (88th).

Justin Bigler, the Jaguars’ first-year softball coach, said Costa made an impression as a humble player who turned out to be a team leader. Then he saw that she consistently made the top five in the VOL in offensive statistical categories. In three years of varsity softball, Costa has made the all-VOL first team twice and was the team’s batting leader in her sophomore and junior years, finishing high school with a .539 batting average.

She continued to collect softball honors while playing for the LTG Lions out of Elk Grove in the summer, which gave her the chance to compete on the national stage.

Costa committed to the University of Minnesota in her sophomore year after scouts from the Gophers softball team saw her playing for the LTG Lions at a tournament in Florida.

“I was really excited. It was stressful at that time because a lot of the girls on my travel team were committing to places and it was the thing to do at the time. It was exciting and stressful, but it all worked out, so I’m happy,” Costa said.

“I was recruited as a third baseman, and the head coach really liked how I hit,” she said, adding that she will compete for the starting role at third base with a returning senior.

She plans to major in kinesiology so she can pursue a career as a physical therapist.

While playing for LTG Lions since she was 12, and for the Kimball varsity team starting in her freshman year, Costa learned the value of teamwork and also the need to be persistent in pursuit of big goals.

“In the past, I’ve had some rough patches where I wasn’t playing or had a big slump and had to keep working hard and persevering through those tough times to get to where you want,” she said.

One of her goals now is to make it to the NCAA Women’s College World Series.