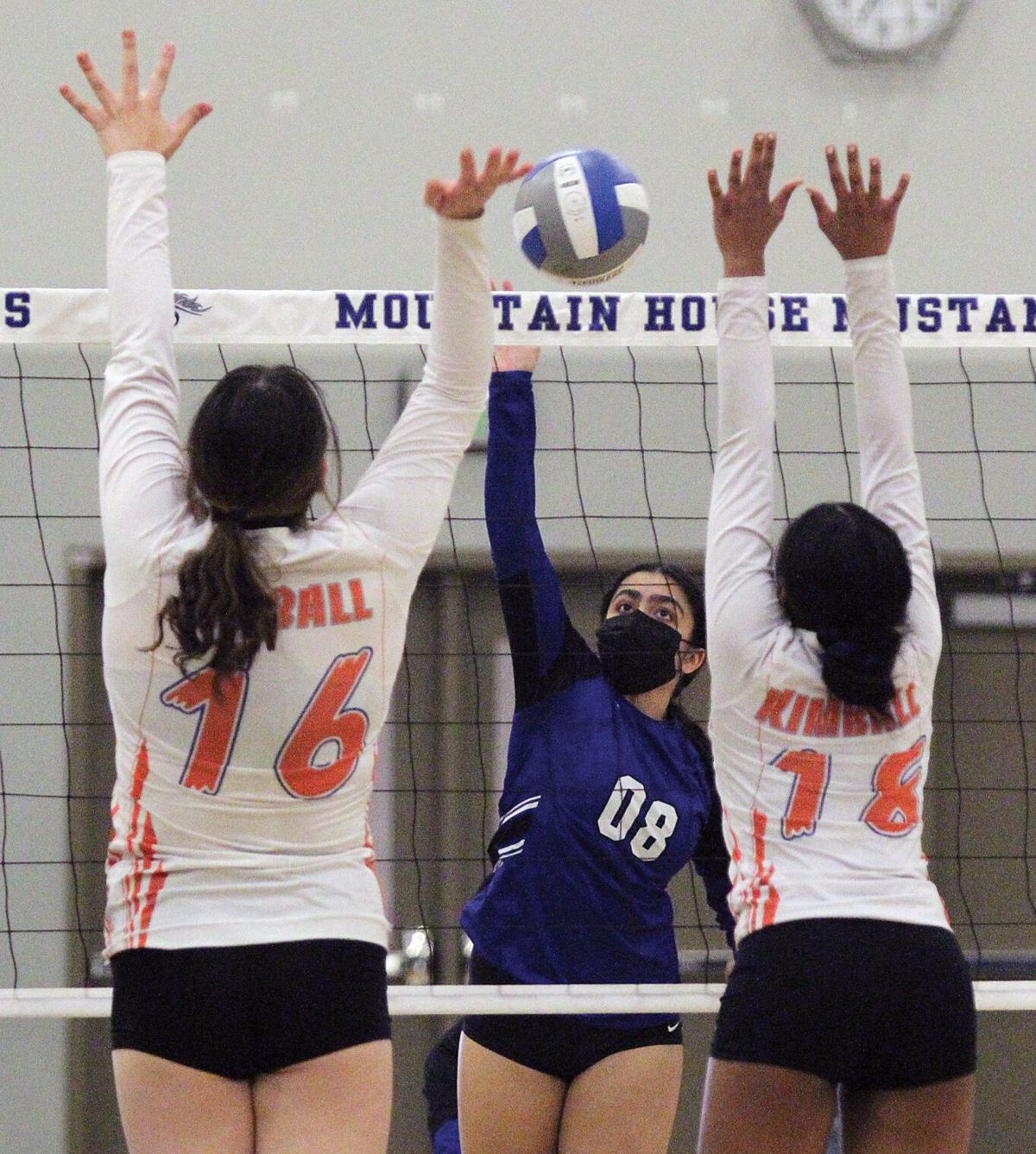 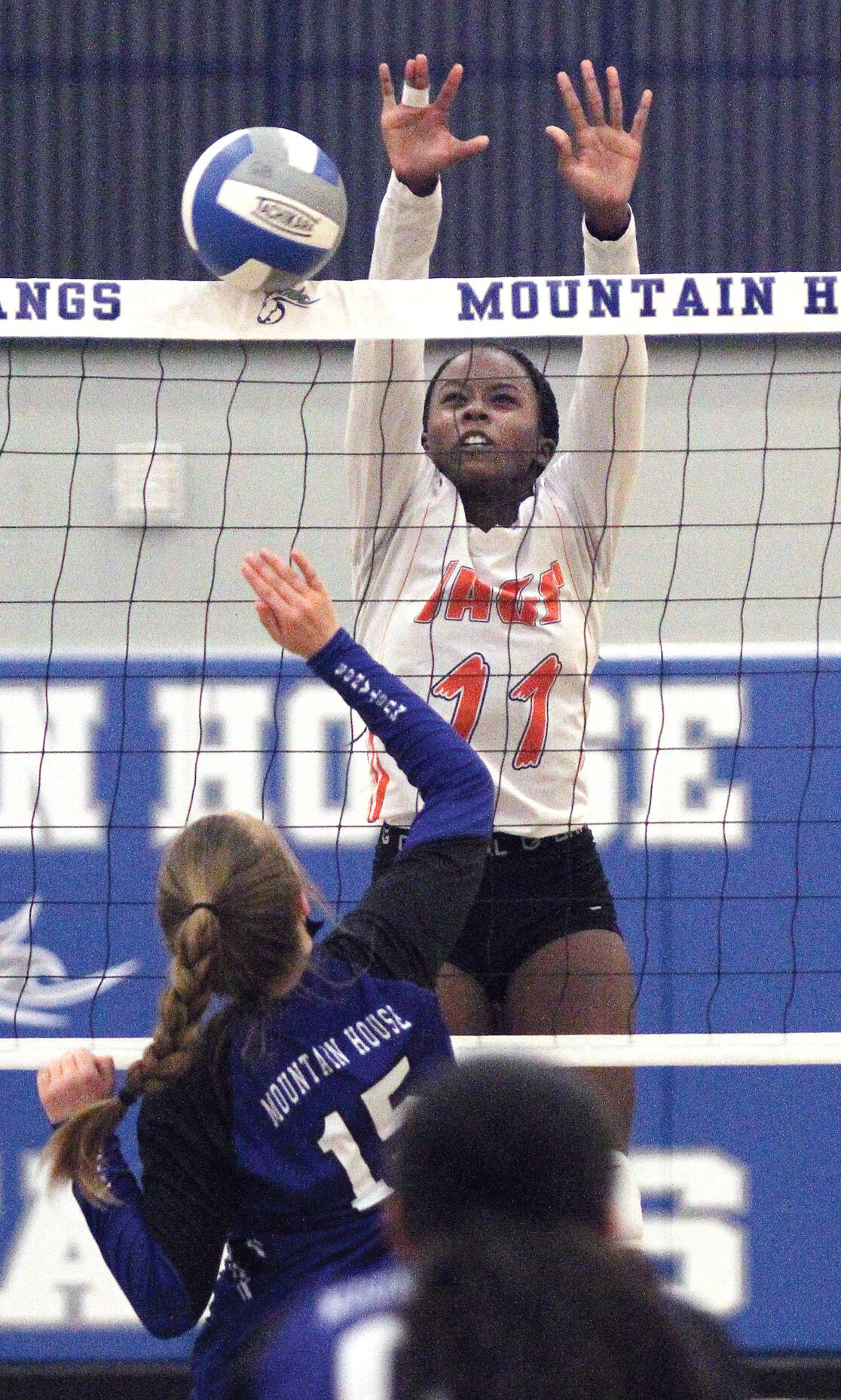 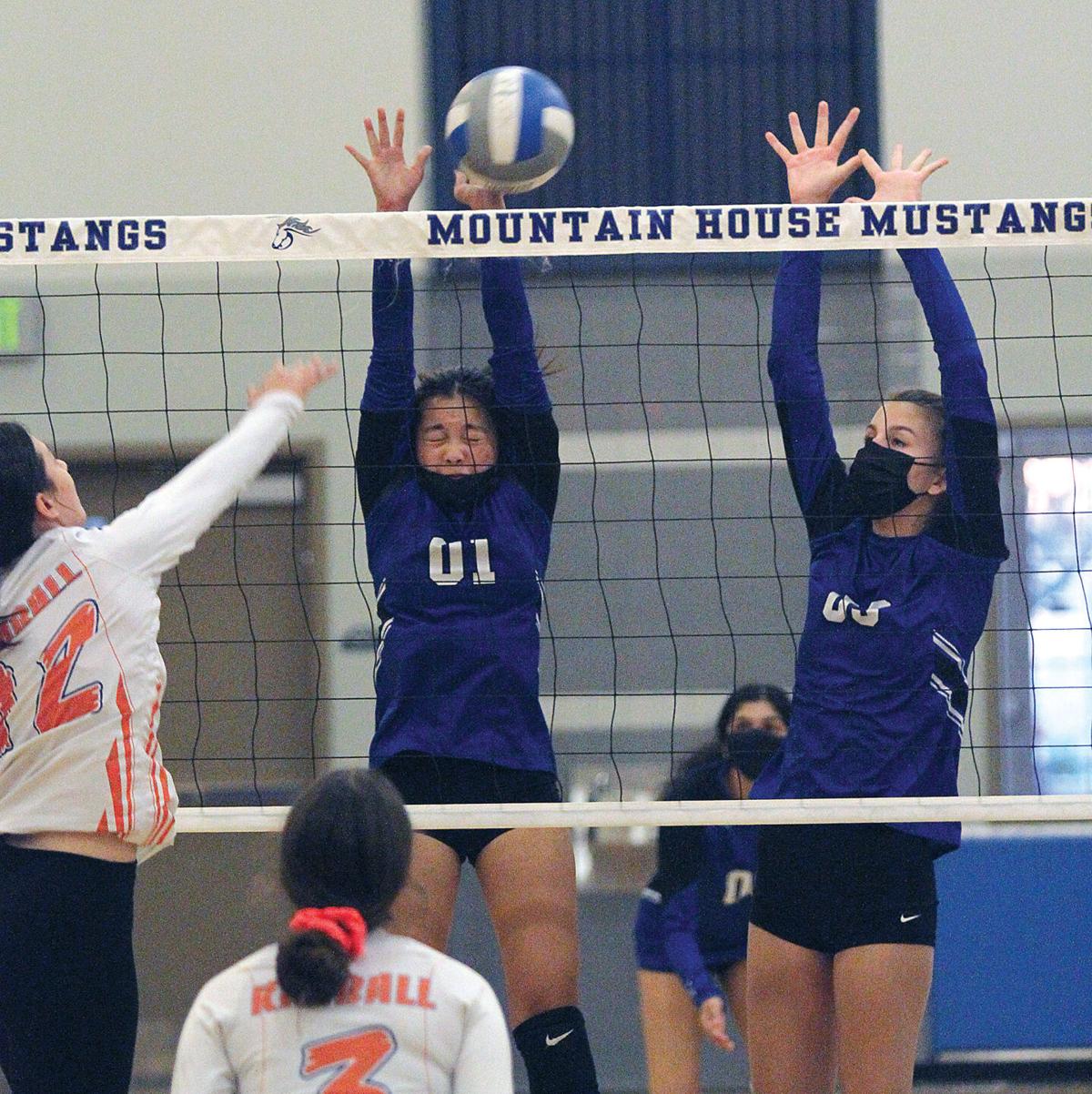 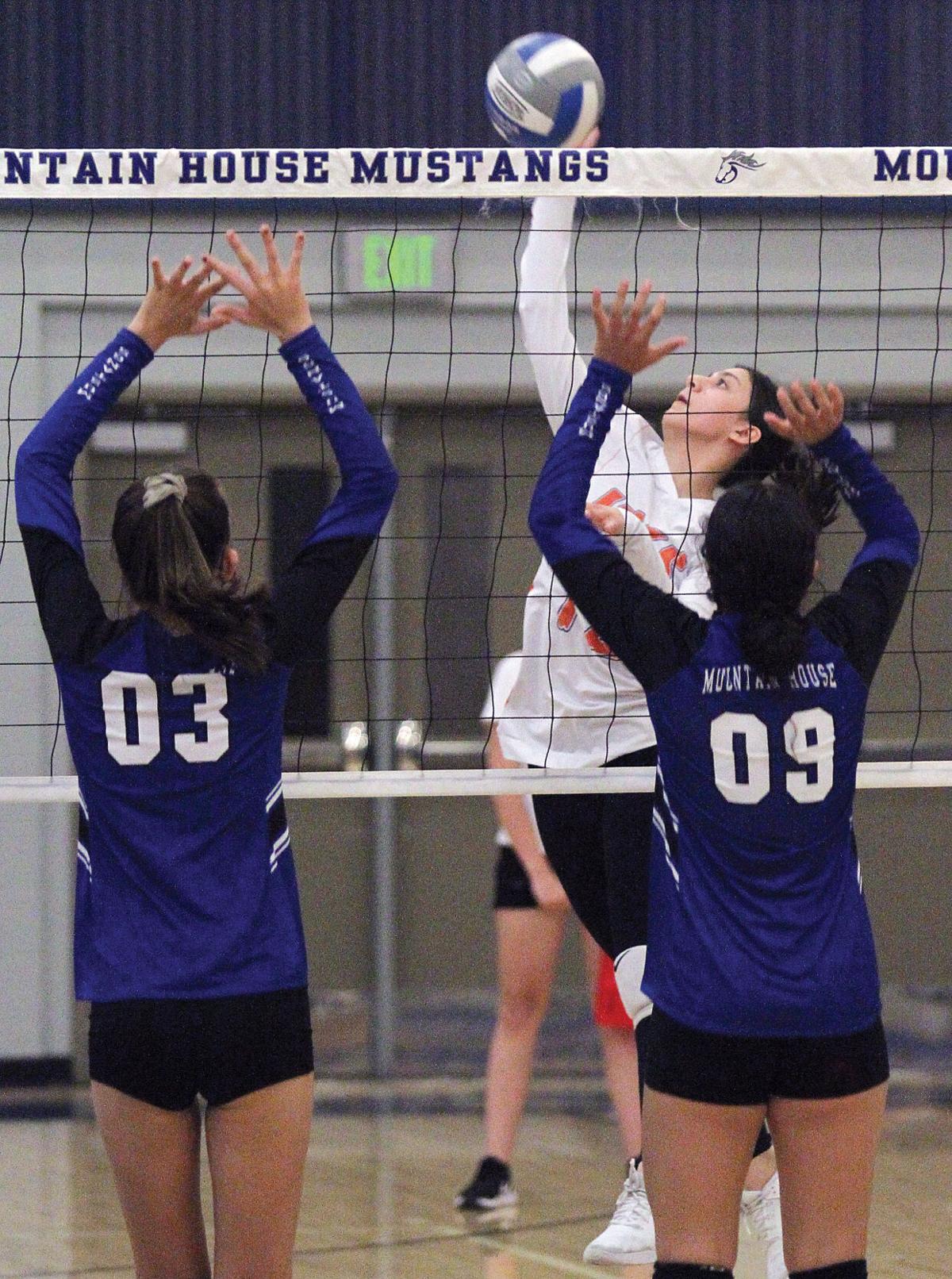 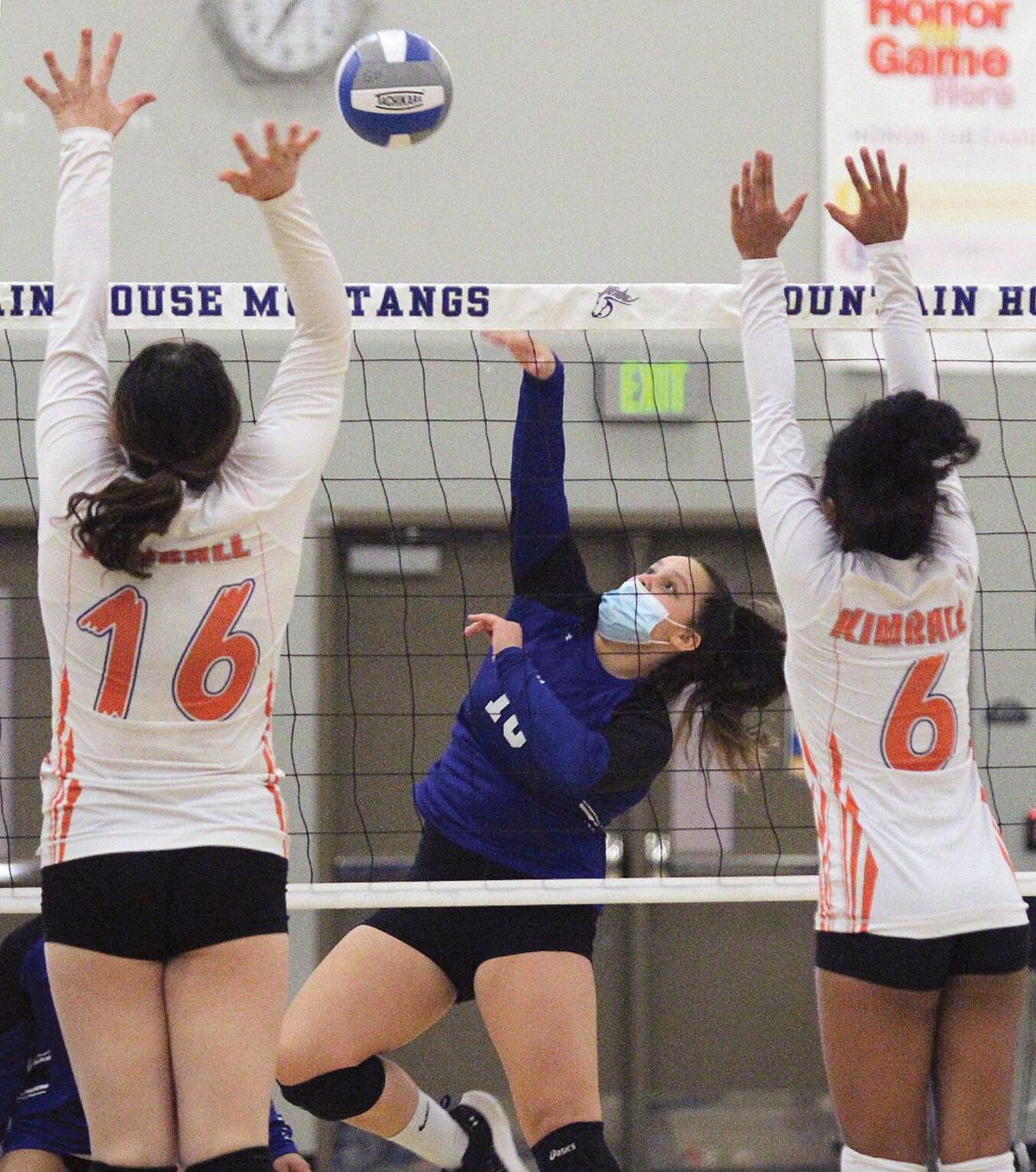 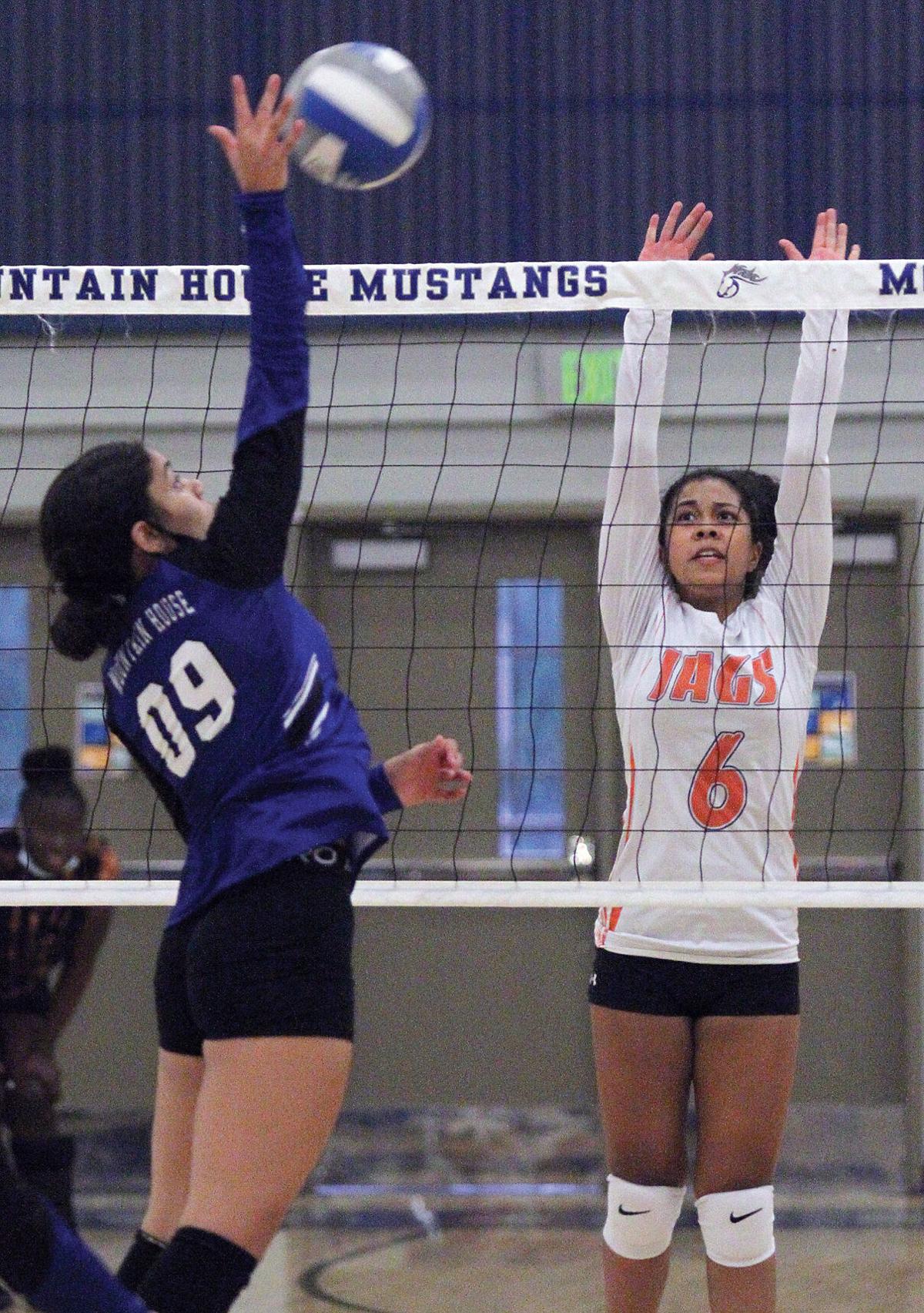 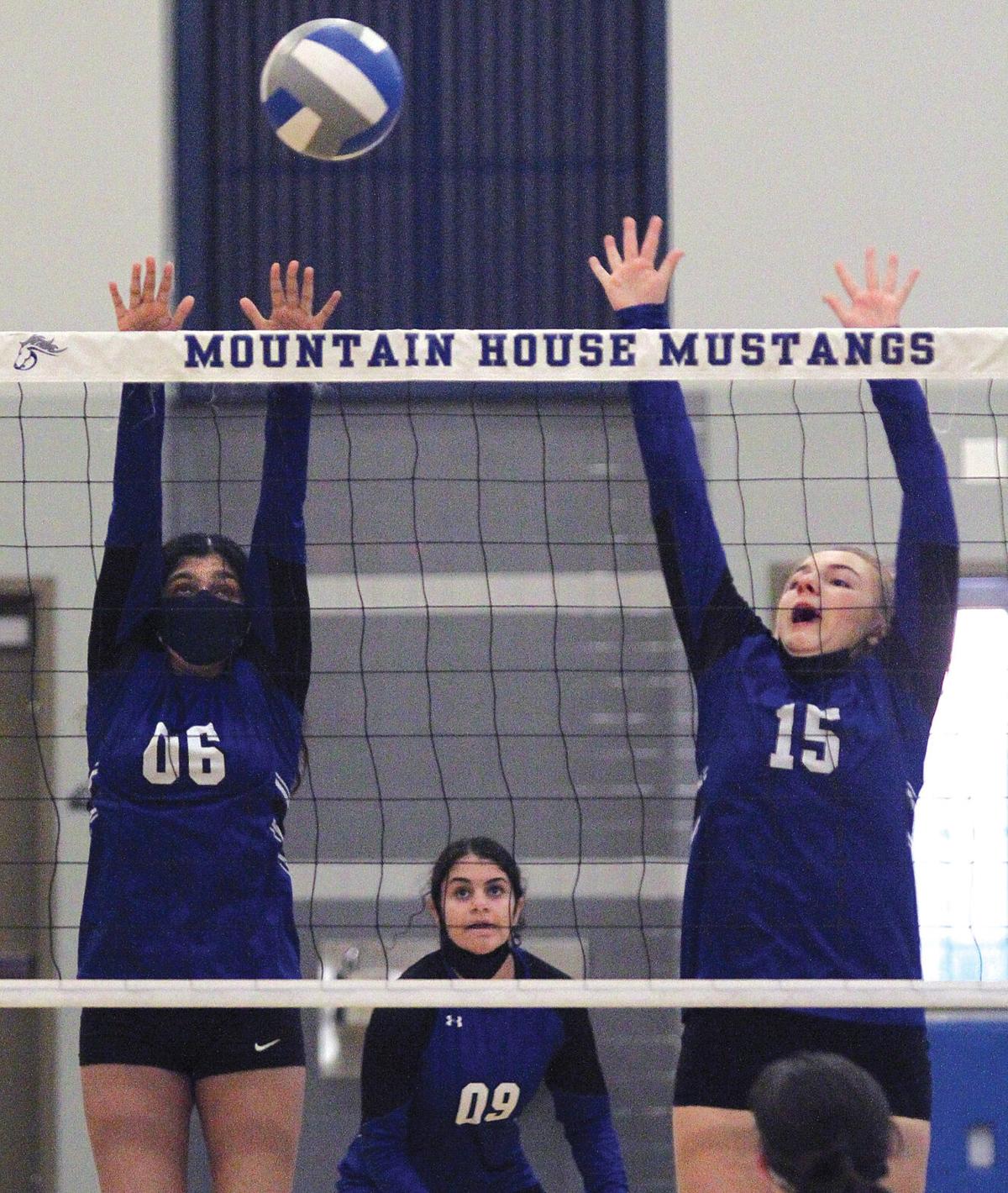 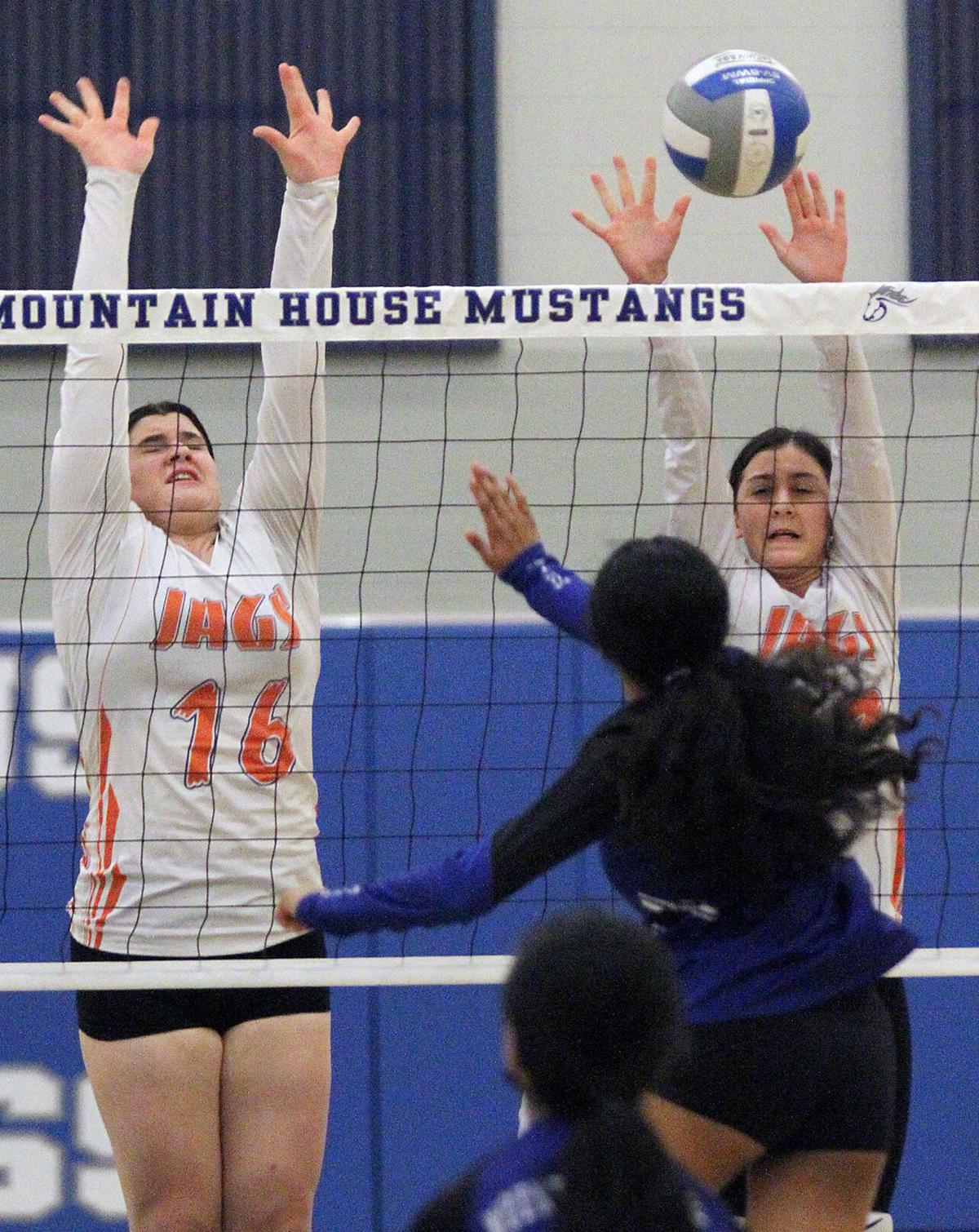 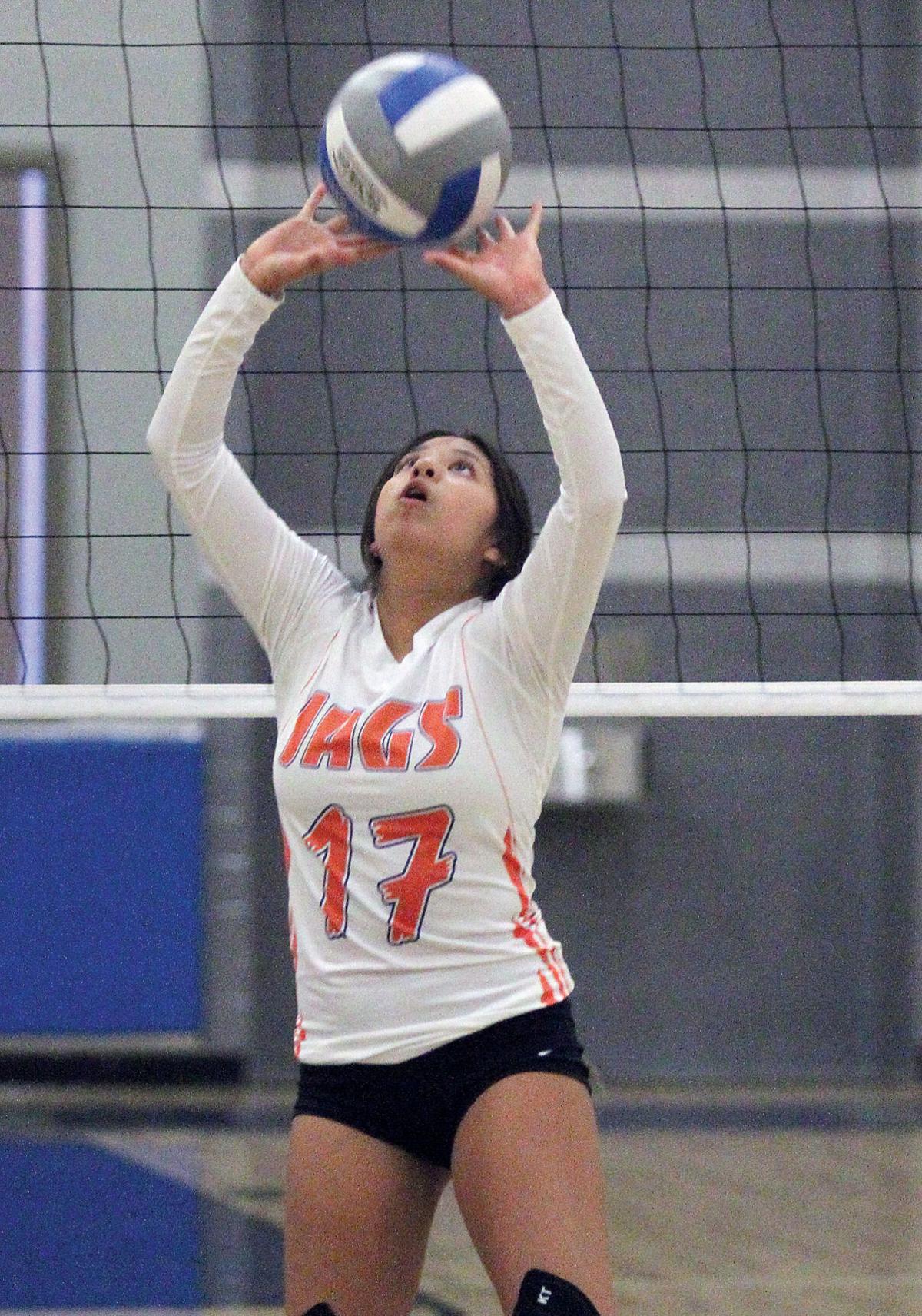 While the game doesn’t count on teams’ records or toward their total number of contacts it does serve as a preview to the season. Kimball High junior Tiffany Williams said it was a chance to see how the Jaguars will compete.

“The Foundation game is an important game to us. This is the game that starts out our season. If we start out with a win then the rest of the season we’ll keep coming out with the same strength and keep winning,” she said. The test the Jaguars had was how they kept their composure after the Mustangs won the second set and came from behind for an extended fourth set.

“I was really nervous when they came back, but I trust my team a lot so I knew we would bring it back and take it home tonight, because my team, we all have a lot of faith in each other,” Williams said.

Sophomore Faryia Omar agreed that the Kimball team is also capable of making comebacks under pressure.

Kimball won the match with scores of 25-22, 24-26, 25-14, 29-27. The Jaguars stayed in the lead for most of the first set, eventually pulling ahead on service points from junior Allie Santellano and senior Lexi Reese.

The Mustangs took the lead early in the second set on serves from junior Risha Suresh with support at the net from junior Jasmine Tadros, but Kimball’s Omar also led a series of service point to put the Jaguars back in the game. After that the Mustangs held a slim advantage, with the Jaguars tying it up a couple of times, before Mountain House won the extended set.

The Mustangs took an early lead again in the fourth set on service points from Tadros. The game stayed close until Kimball junior Rosie Black scored a series of service points with Williams supporting her at the net. The Jaguars were up 21-13 when the Mustangs started to make their comeback with junior Skylar Jordan at the service line. She scored three serving aces in a string of points that got the Mustang back in the game for the extended set, with Fobert making critical shots for the Mustangs and Williams coming through for the Jaguars, including a block to score the final point of the match.

“These girls fought today. They push every single point. We definitely came back this set, 29-27, so I’m proud of this team,” Laban said, adding that it’s a relatively young team with only three seniors, “So coming from a strong team last year into this one, these girls played all heart tonight.”

“Coming from last season, the COVID season, we were just so excited to be back, and we ended up on top,” she said. The Mustangs got in 10 matches for a 7-3 record in the spring, the most wins of any team in the Western Athletic Conference. “Right now, our girls know where we stood from last season, and during COVID. Coming into this we want to keep that spot, but they know, we know, we have to work for it.”

Senior Sariah Fobert added that communication on the court is key.

“We played very well tonight. Even with the loss, that last set shows us how we can come back,” she said. “As we continue to push through the rest of the season, we can become a winning team.”

The Mustangs lost the first set, but finished with a 3-1 win over Davis High from Modesto in Wednesday’s match at Mountain House High, the first match of Western Athletic Conference play.

The Mustangs also won the junior varsity and freshman matches.

The Delta Charter Dragons are on an early-season winning streak, including a 3-0 win over Don Pedro High in LaGrange on Tuesday. The Dragons won with scores of 25-12, 25-20, 25-10. It was the third win in a row for the Dragons.