Starting at
$52.00 for 365 days
Get Started
View all rates
You are the owner of this article.
Edit Article Add New Article
You have permission to edit this article.
Edit
Welcome, Guest
COVID-19 Coverage
News
Voice
Our Town
Sports
Datebook
Obituaries
Advertising
Classifieds
Special Sections
1 of 9 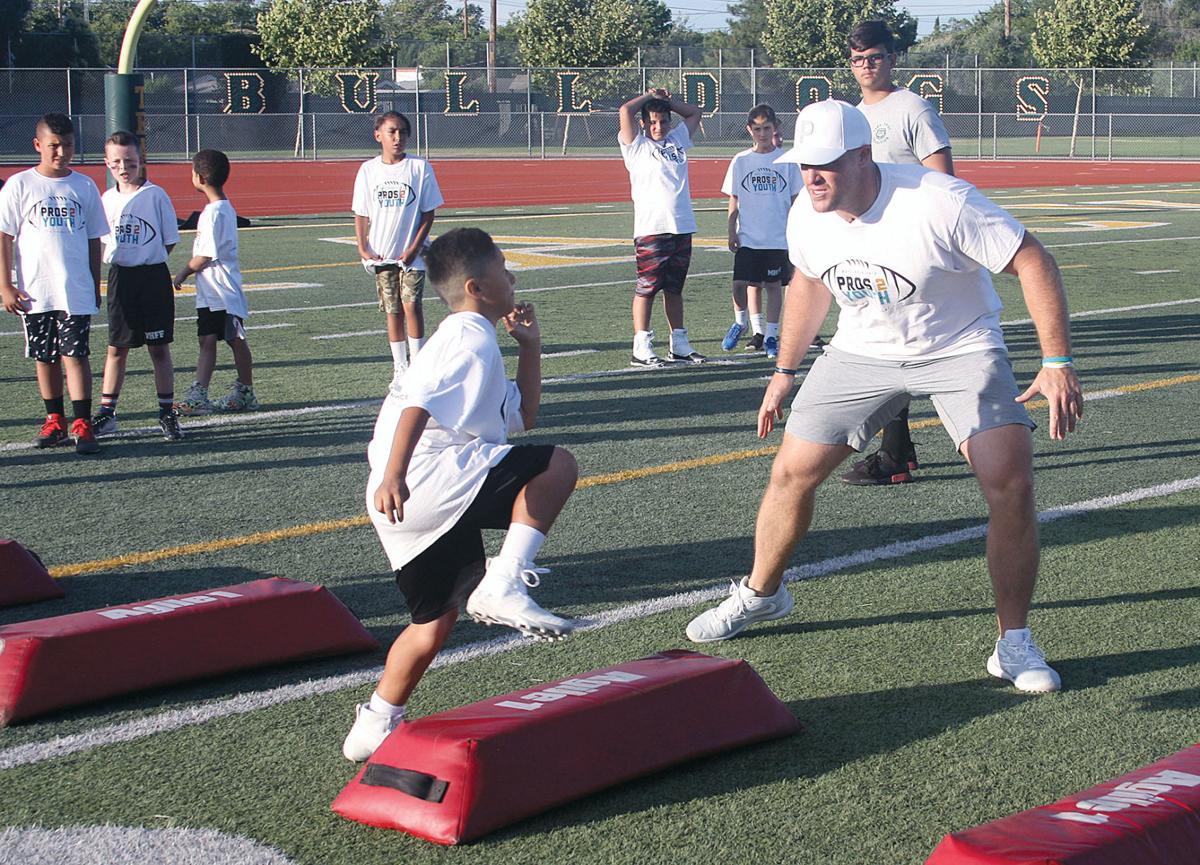 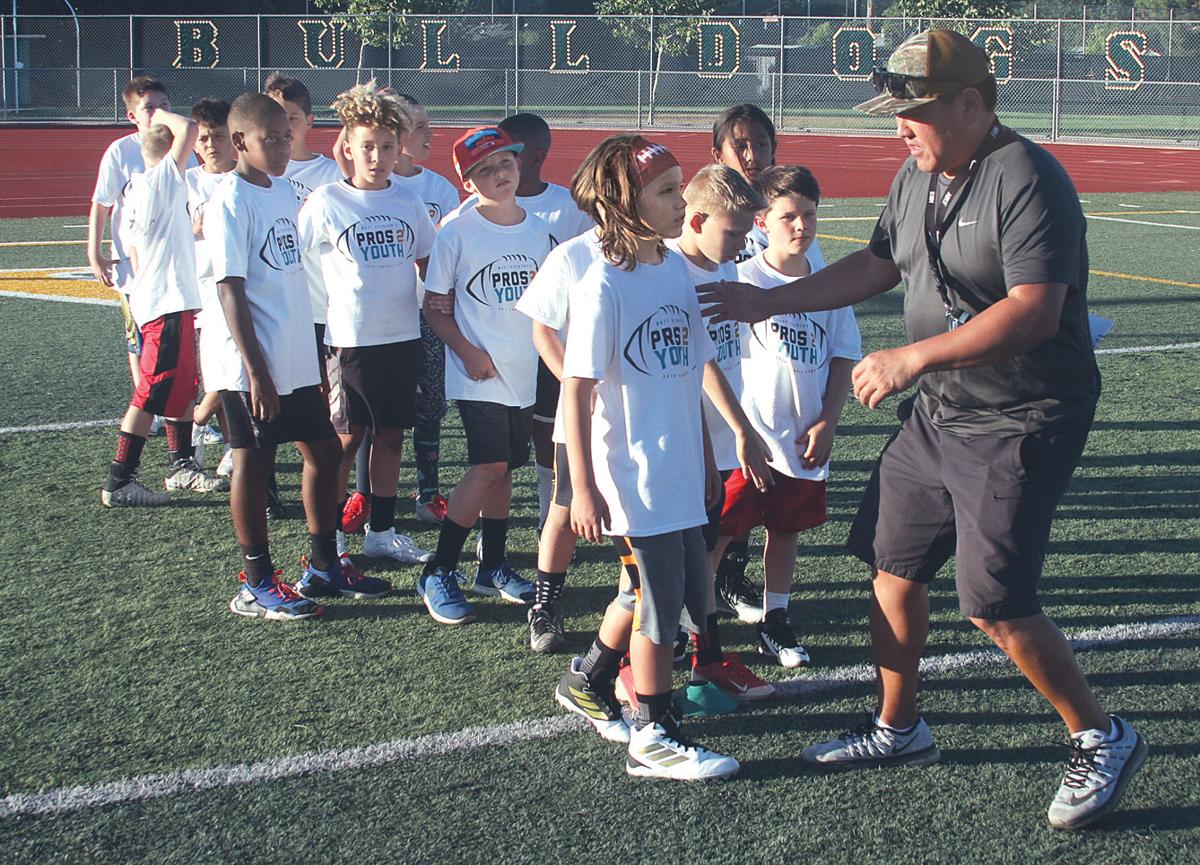 Tracy Rampage coach Johnnie Oh, one of the volunteer coaches at Matt Overton’s Pros 2 Youth camp, explains a drill to a group of participants Saturday at Wayne Schneider Stadium at Tracy High. 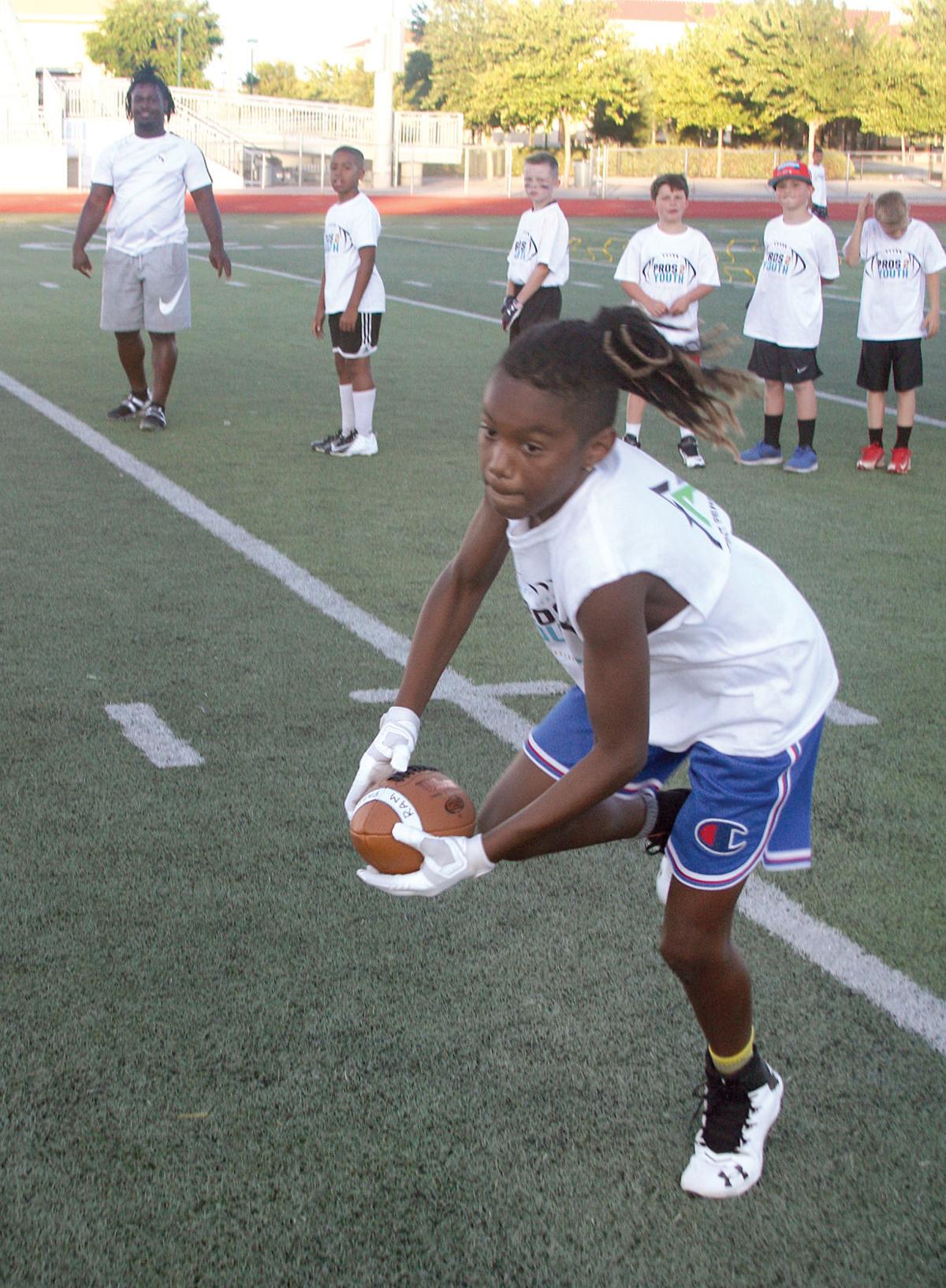 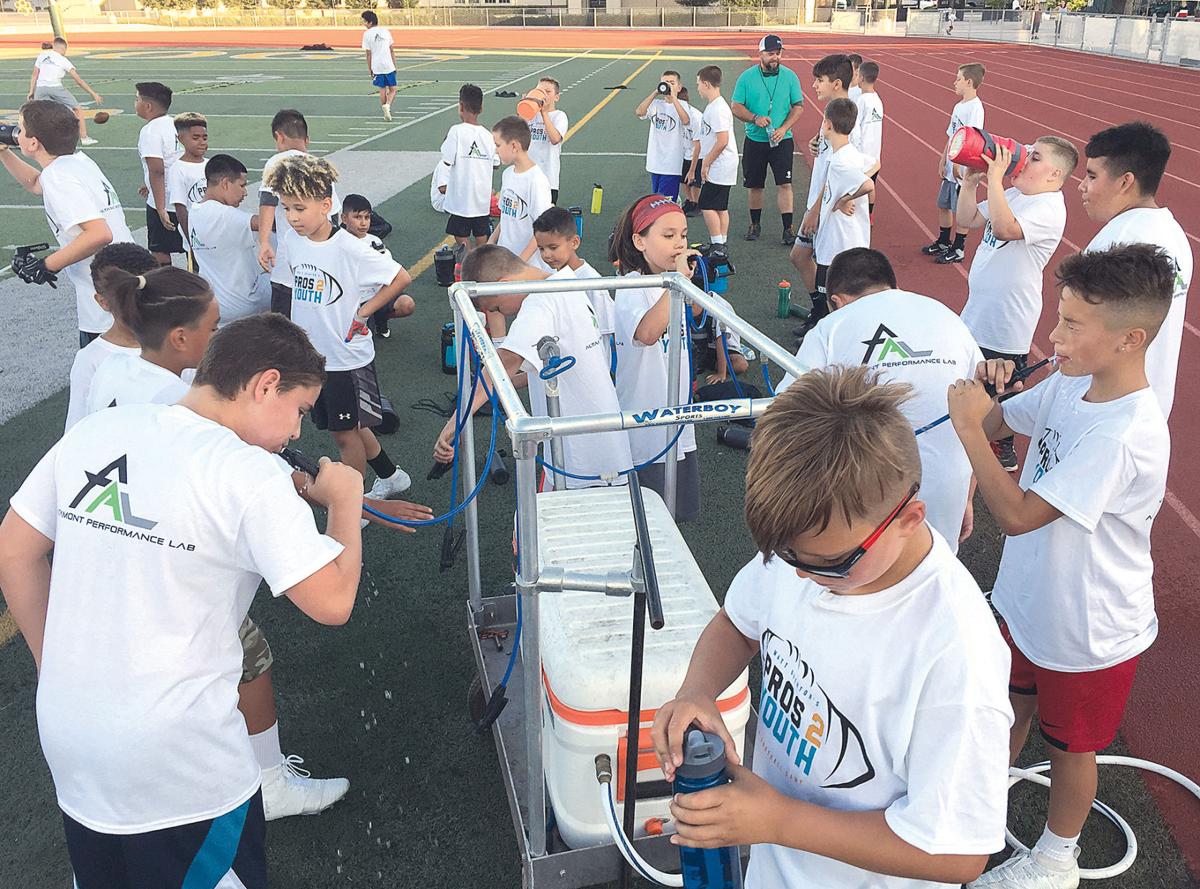 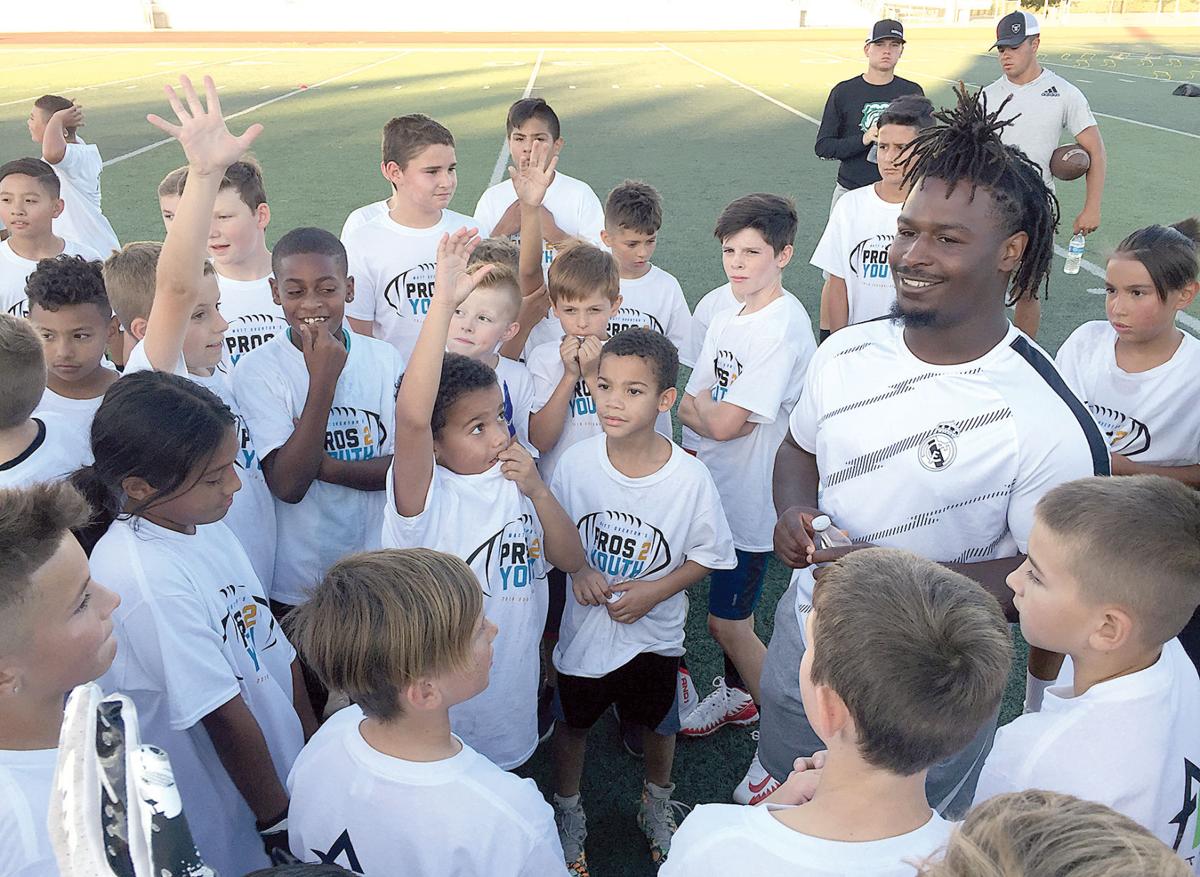 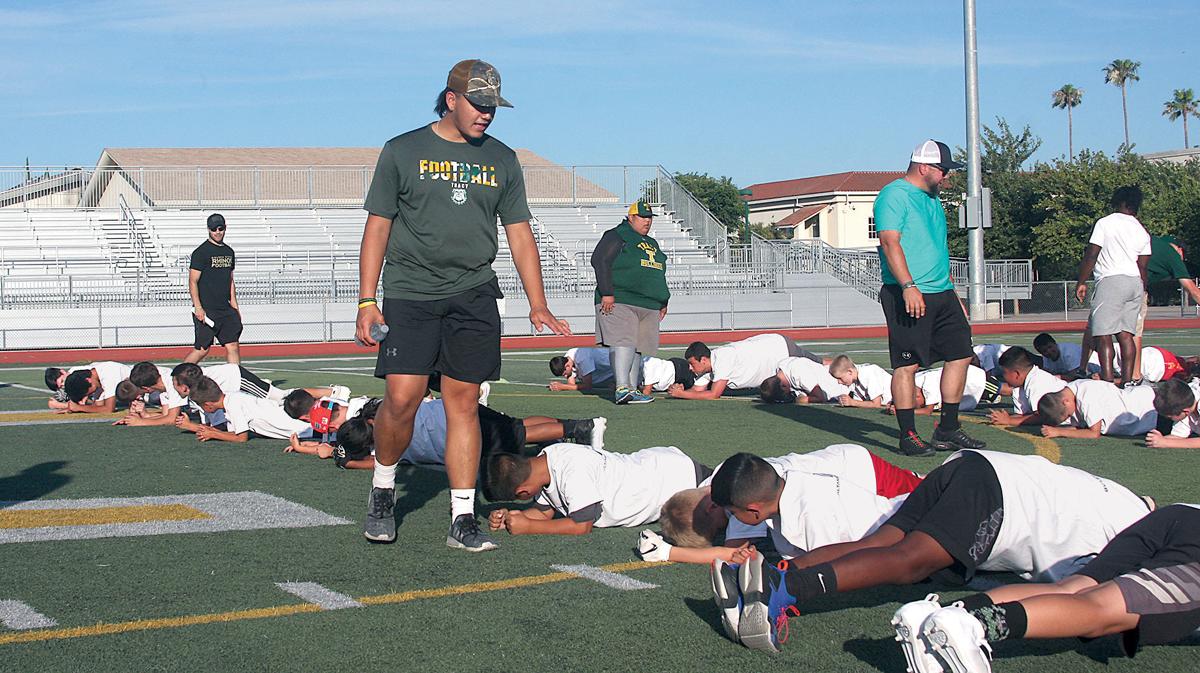 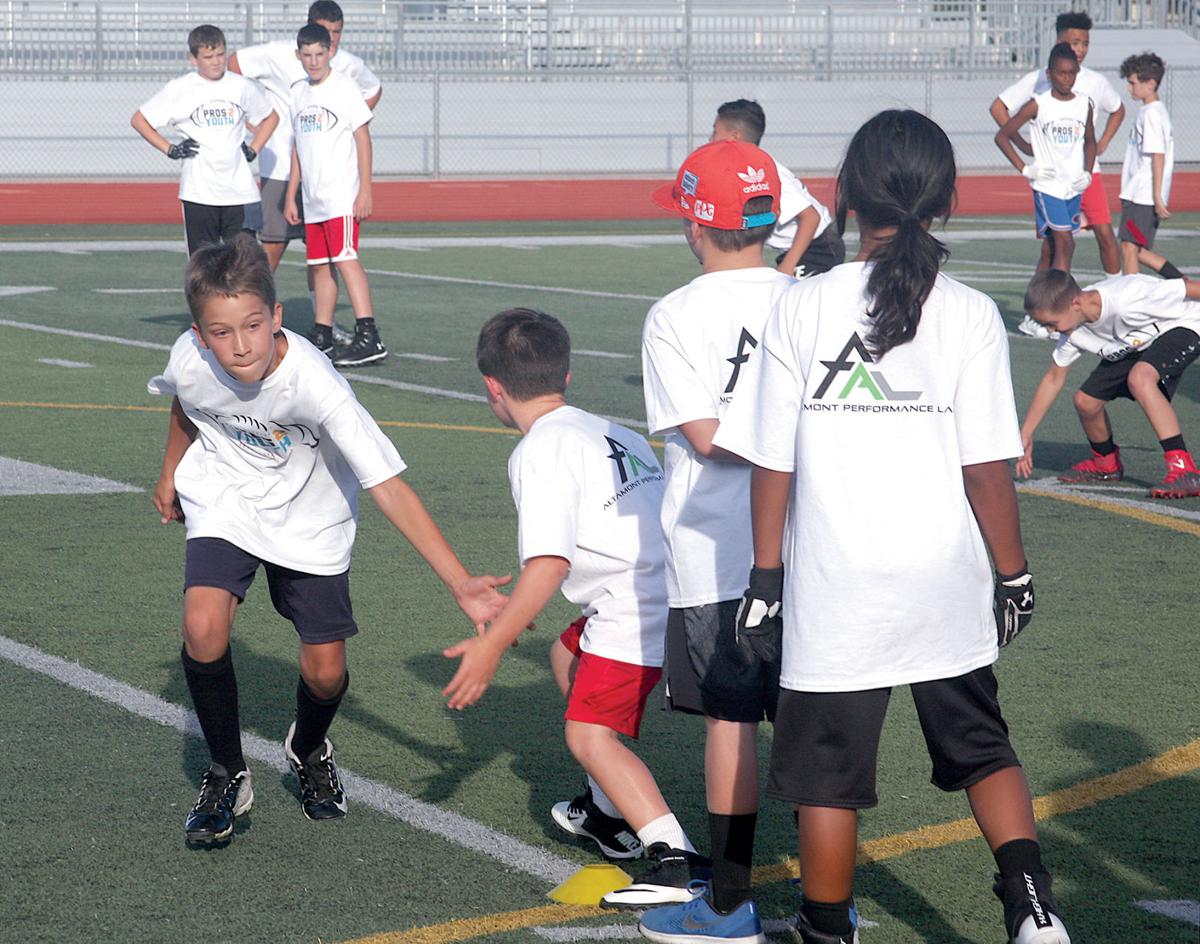 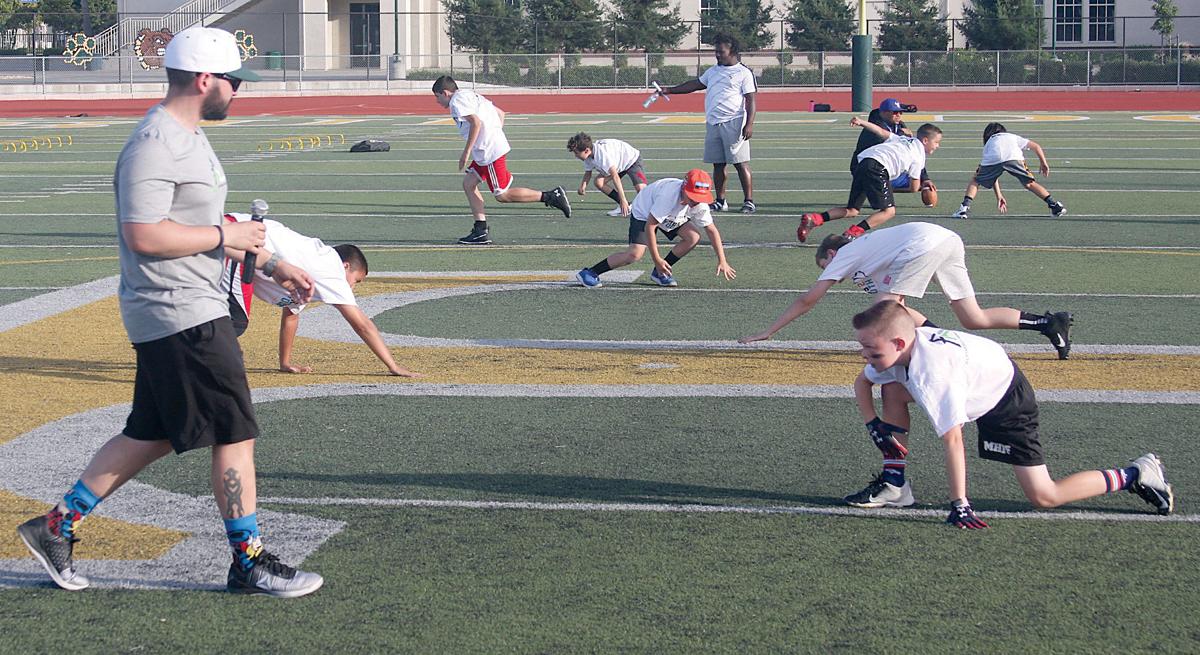 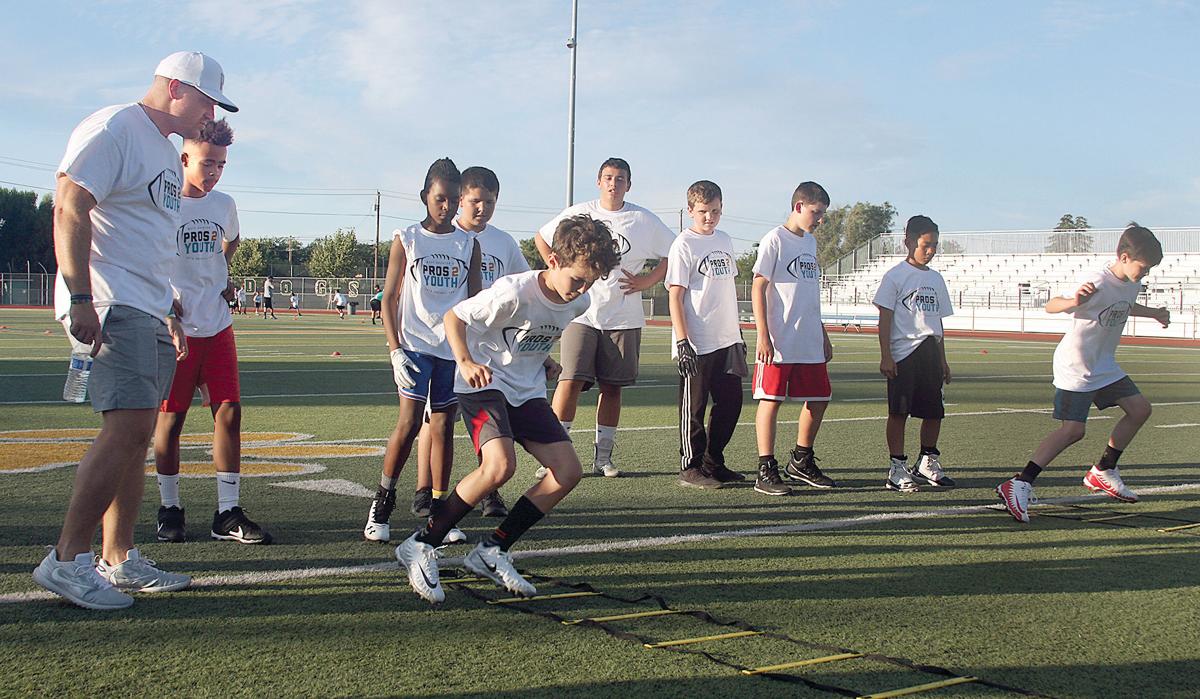 Tracy Rampage coach Johnnie Oh, one of the volunteer coaches at Matt Overton’s Pros 2 Youth camp, explains a drill to a group of participants Saturday at Wayne Schneider Stadium at Tracy High.

Tracy High graduate Matt Overton brought his message of persistence and a positive attitude to more than 100 youth football players on Saturday during his third Pros 2 Youth event at Wayne Schneider Stadium.

Overton will soon begin his third year as the Jacksonville Jaguars’ long snapper. It will be his eighth year in the NFL, including five years with the Indianapolis Colts.

He started off the evening by urging the campers, ages 8 to 13, to make the most of the three-hour camp.

“The main thing is your attitude. I want good attitude, good effort. These are all things you can control,” Overton told the campers “I want you to be good teammates. I want you to encourage each other and push each other. The main thing, have some fun and let’s get better.”

An evening of football training exercises followed, starting with warmup drills led by Vinny Pellilo, head strength and conditioning coach with Altamont Performance Lab of Tracy, which sponsored the event. Pellilo went to high school with Overton, though he was a year behind, and played baseball while Overton played football.

They’ve been friends ever since, and he jumped at the opportunity to be part of this event.

“Every time he comes home we always make that time to get together, whether it’s a workout or training session,” Pellilo said. “This school did a lot for us. It kind of paved the way for a whole bunch of us to do some fun stuff.

“My goal is to be able to help with all of these athletes, and be that strength and conditioning coach that helps pave the way and get these boys and girls where they need to be.”

Another old friend on hand to lead kids through agility drills was Tracy Rampage coach Johnnie Oh, who met Overton when they both went to Jefferson School.

“I knew that he was putting on a camp. I missed the one he did a few years back so I definitely wanted to be around for this one,” Oh said.

He ended up having as much fun as the campers.

“It’s always good to see a bunch of new kids,” he said. “Kids are always surprising any time you challenge them mentally or physically, especially kids at this age. It’s a very fundamental stage of their life.”

More recently, Overton became friends with Ja’Quan Gardner, a 2014 graduate of Central Valley High in Ceres. Gardner was the lead running back for the Humboldt State Lumberjacks, graduating in 2018, before starting his pro career with the San Diego Fleet in the Alliance of American Football, a league that started up last year and closed in April. Gardner was also briefly with the San Francisco 49ers at the start of last year.

Gardner said after the camp that he could relate to Overton’s passion for working with kids.

“It was a blast. You come out and have fun. Matt did a great job of putting on this camp and I think he’s great for this community,” he said. “I can tell that the Tracy community is tight-knit and they all support each other.”

When Overton has a chance to talk to kids, he makes it a point to describe a path to the NFL that included defiance of the odds and setbacks that could have discouraged others who aspired to a professional football career.

After graduating from Tracy High in 2003, he went to Diablo Valley College, a junior college, and then to Western Washington University, an NCAA Division 2 college. The NFL’s top draft prospects complete four years with NCAA Division 1 schools in their quest for a chance with the pros.

He was briefly with the Seattle Seahawks, and even after he was cut before the establishment of that year’s final roster, Overton remained faithful to his belief that pro football was in his future.

“After they told me I wasn’t good enough, and I could have quit and gave up, and a lot of people doubted me then too. I kept working and fighting and kept going after my dream,” Overton told the campers.

He kept his pro career alive with time in smaller pro leagues, including three years in the United Football League.

“Know that your dream can be achieved through hard work, dedication, how you treat people,” he said. “You’ve got to treat people with respect no matter who they are or where they come from.”