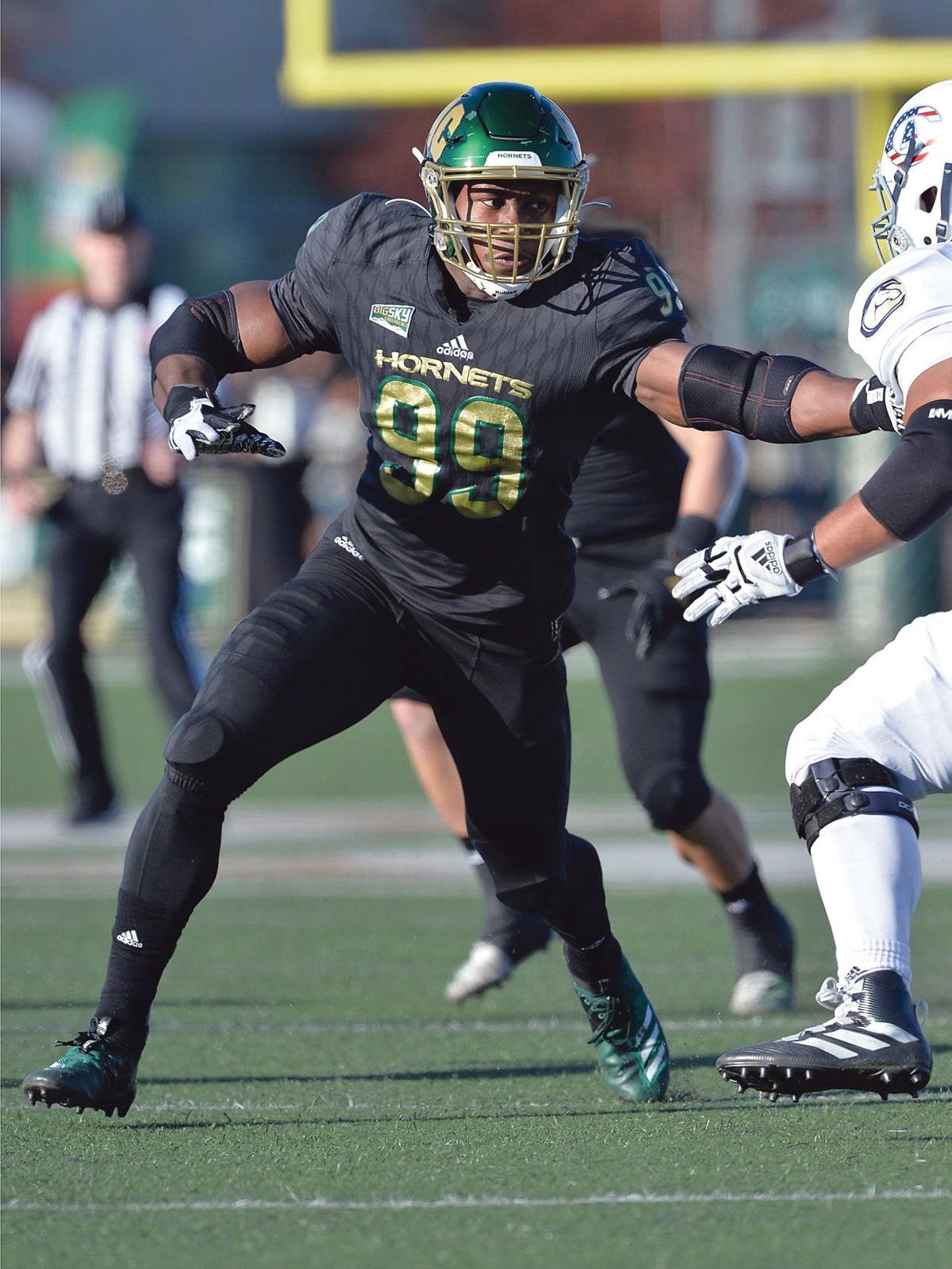 George Obinna, Tracy High class of 2014, has joined the Cleveland Browns as an undrafted free agent after playing defensive end for the Sacramento State Hornets. 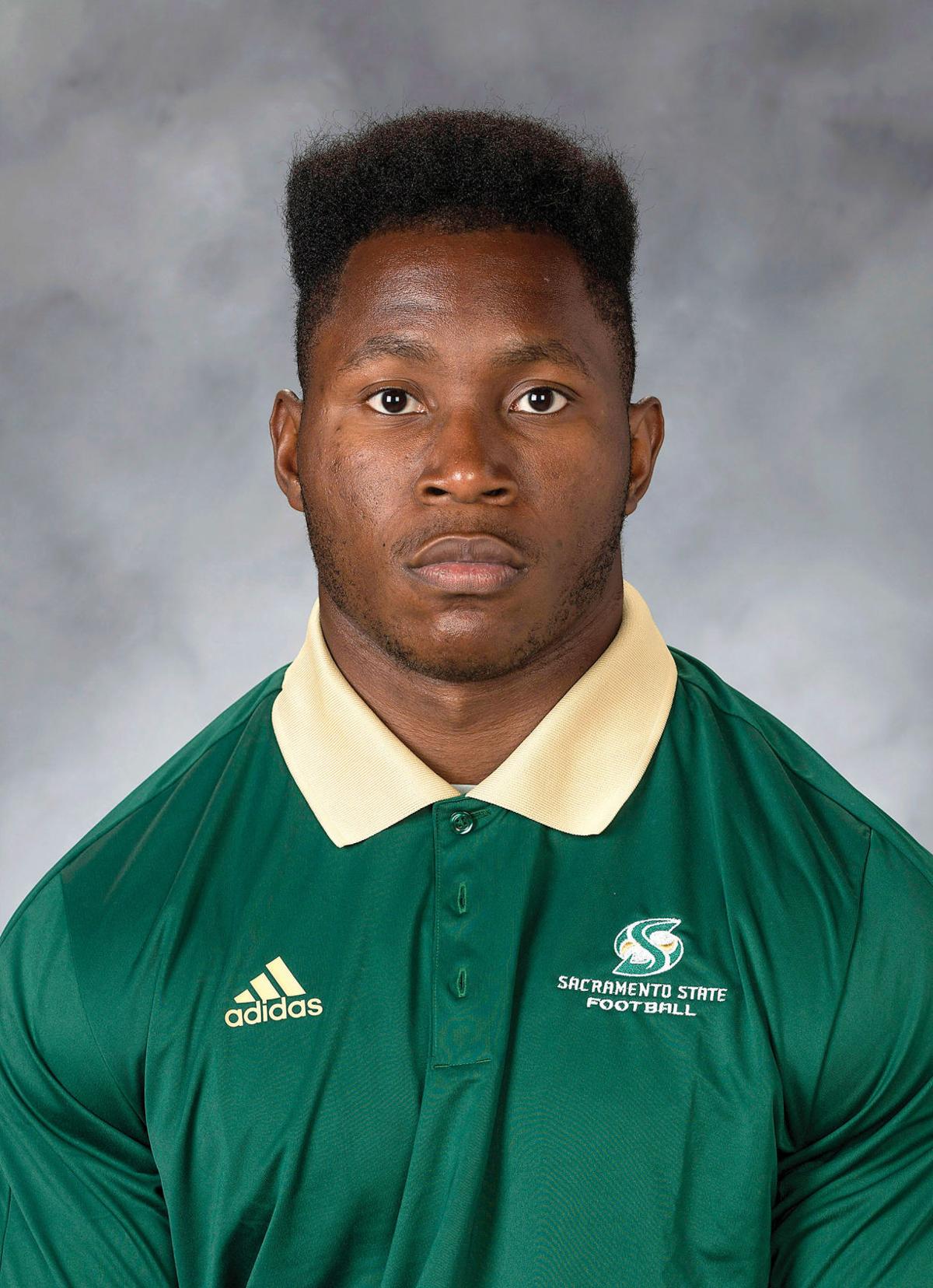 For George Obinna, the opportunity to keep learning and growing in the sport of football will continue beyond his successful career as an NCAA Division 1 defensive end.

On Saturday, he announced on his Twitter feed that, after the National Football League draft, he had signed with the Cleveland Browns as an undrafted free agent.

Obinna, a 2014 Tracy High graduate and a 2019 graduate of Sacramento State University, said this week that football continues to inspire him every time gets a chance to prove that he belongs at the next level of competition. It’s what motivated him to become one of the top players at Tracy High, where the Bulldogs won the San Joaquin Athletic Association title in his senior year. He played in the annual Lions All Star Football Game before heading to Sacramento State University on a football scholarship.

As a 6-foot-3, 240-pound defensive end at Sacramento State, he set the school’s single-season record for sacks (14) in 2019 as the Hornets went 9-4 overall and 7-1 in the Big Sky Conference, claiming a share of the conference title. Over four years he totaled 33.5 career sacks, another record for the Hornets, while also making the all-Big Sky Conference first team in two of his four years.

It was during his junior year that Obinna envisioned himself as an NFL player, and he credits defensive line coach Will Plemons with guiding him toward that moment of inspiration.

Obinna said that his agent, Cameron Foster of Reign Sports Management, handled contact with NFL teams before last week’s draft. He met the Browns’ scouts at Hornet practices during the 2019 season and again at the Hula Bowl college all-star game in January in Honolulu, where Obinna played on the Aina (east) team.

“We kept open lines of communications,” he said. “When it came to the draft, they called me towards the beginning of the seventh round and said they were still showing interest. They said they would love to have me, and I would love to have them. Basically my agent set it up, and all of a sudden I’m a Brown, and it’s still all so surreal.”

Obinna got a relatively late start playing football. He had never played before his junior year of high school, when the coaches on the Bulldogs football team recognized that he had the size, strength and speed to be a defensive end.

“We had him in weight training, and he wanted to play but his parents wouldn’t let him,” Tracy High head coach Matt Shrout said. “He finally got their OK to play, and he had no idea what he was doing. We started at square one and teaching him the position.

“We didn’t worry about an offensive position. I was the D-line coach, so I worked with him every day, teaching him how to play and what it means to be this guy, what the offense is going to do to you.

“His junior year he was just really raw, just athletic as heck. His senior year he just dominated. He figured it out and got more comfortable in doing it, and just was a really good player. You had to know where he was all of the time or you were going to have trouble on offense.”

Shrout added that Obinna, the first player to go to the NFL since he took over as head coach in 2010, had a constant desire to learn more about the game, which gave him endless opportunities to keep improving.

“He’s a smart kid, and his willingness to learn new things and do what you tell him — because he had no preconceived notions of what to do — it just made him get better every day,” the coach said. “He could see that he was getting better, so he wanted to do better and wanted to learn more.”

The ongoing closures and restrictions related to COVID-19 mean that the NFL schedule for summer camps and workouts is all tentative. Obinna said the team is sending out equipment and online programs so players can have virtual strength, conditioning and practice sessions with coaches until the time comes that they can meet in person.

He looks forward to meeting the other players, including defensive end Myles Garrett, a player he has admired during his years as defensive end for the Hornets.

“All around, it seems like a great organization on the rise. I want to be part of an organization that will be spoken about for years to come,” he said. “Really I think the biggest challenge is going to be having to adjust to the speed of the game. It’s going to be that much more faster than I’m used to. I’m excited about that. I’m excited about rising to the occasion and really surprising myself and showing myself that I really belong there.”