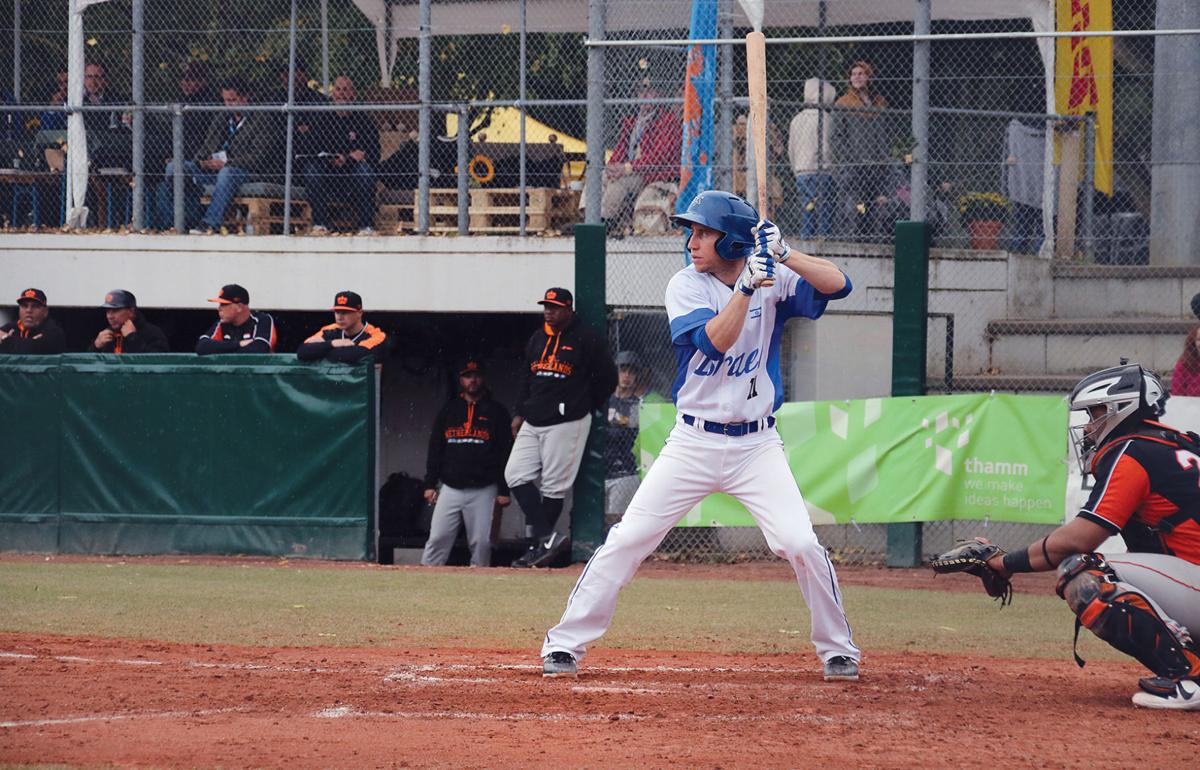 Tracy native Ty Kelly, a player for the Israel national team, was bound for the 2020 Olympics in Tokyo and will wait another year before the international competition. 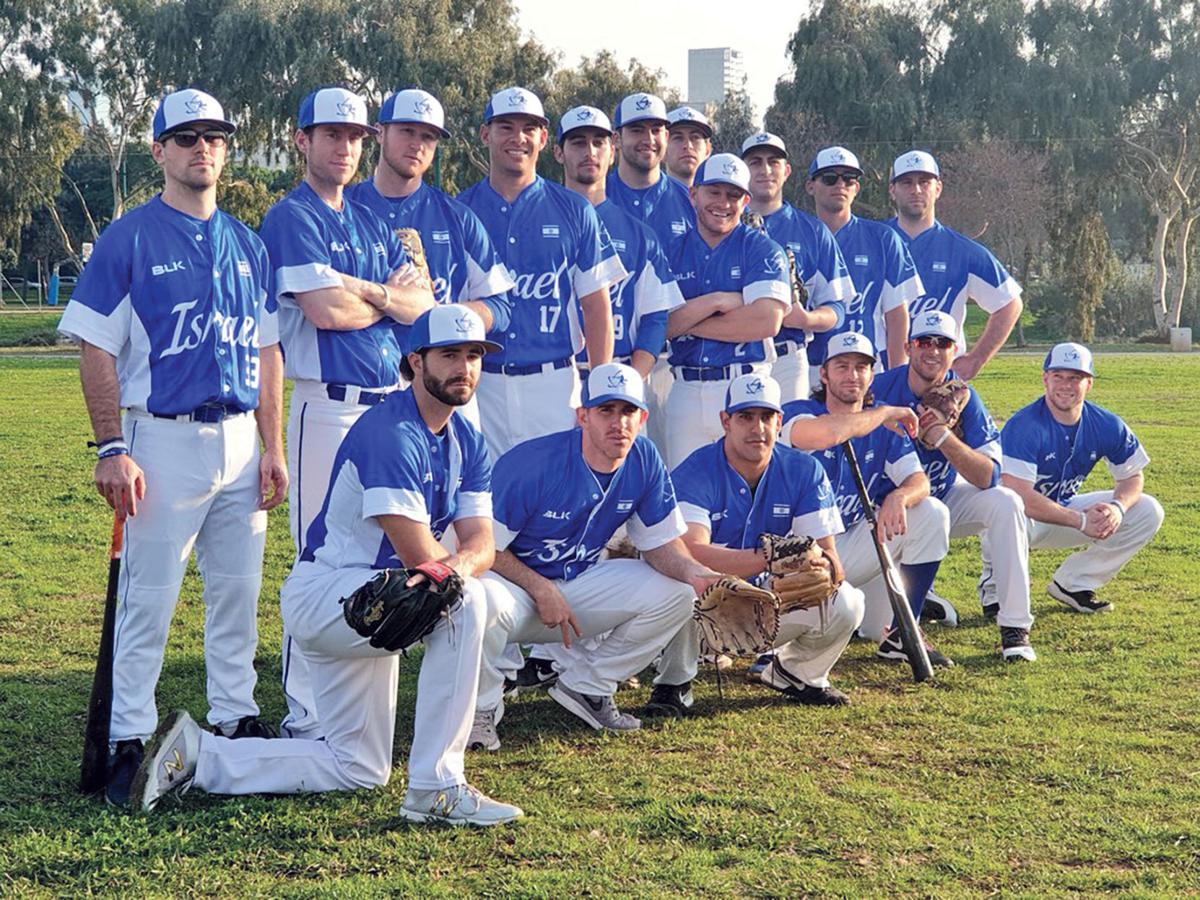 Tracy native Ty Kelly (standing, second from left) and Team Israel qualified for the 2020 Olympics in Tokyo but will wait another year before the international competition.

Tracy native Ty Kelly, a player for the Israel national team, was bound for the 2020 Olympics in Tokyo and will wait another year before the international competition.

Tracy native Ty Kelly (standing, second from left) and Team Israel qualified for the 2020 Olympics in Tokyo but will wait another year before the international competition.

In a baseball career that has taken him through all levels of the minor leagues and to two Major League Baseball teams, Ty Kelly is ready to embark on his most meaningful baseball opportunity yet.

Even though Kelly must wait another year for that big moment, it was the road to the top level of international competition that gave the former Tracy resident the chance to connect with his spiritual heritage through baseball.

The 2020 Olympics in Tokyo was to be Kelly’s next baseball adventure until the widespread cancellation of sports competitions related to COVID-19.

Kelly, 31, is an infielder with the Israeli national team, the top tier of baseball in Israel, which qualified for the Olympics when Team Israel won the World Baseball Softball Confederation Europe/Africa Olympic qualifying tournament, held Sept. 18-22, 2019, in Parma, Italy.

It’s Kelly’s second time competing with Team Israel. He also played for the team in 2017 when Israel competed in the World Baseball Classic, a tournament played in South Korea, Japan and then Los Angeles. Israel won its first round-robin tournament in Korea and then won one game in Japan before being eliminated. The USA team won the championship.

“That experience was amazing and we really didn’t know the Olympics was a possibility at that point,” Kelly said. “Israel baseball had been slowly building for a couple World Baseball Classics at that point, and then we finally had some success.”

That compelled Kelly, who has both Catholic and Jewish roots, to go for dual American and Israeli citizenship. He attained his Israeli citizenship this past summer, right before rejoining Team Israel for the qualifying tournaments.

“With getting to play for Team Israel, getting to wear the Star of David proudly is a really important thing,” Kelly said. “It’s a big honor because of its history and what the history of people wearing it, or being forced to wear it in different parts of history, what that’s meant. That’s something that’s a huge honor and I know that everyone on the team takes that very personally.”

Kelly explained that he was baptized as a Christian as his father, Patrick, is Catholic, while his mother, Diane, is Jewish. Their family gatherings, holidays in particular, incorporated traditions of both faiths.

“As a child, these are the only things that really resonate, the holidays, because it’s celebration and it creates meaningful memories,” he said.

Jewish relatives would use the Hanukkah holiday, for example, to teach him about the Maccabees’ struggle for freedom.

“I really didn’t understand what religion was,” he said. “Learning these stories, I took everything essentially as a history lesson. It’s always sort of interesting to look back at this point and realize that I was getting the history lessons on multiple religions.”

Kelly grew up playing with Tracy Little League before going to St. Mary’s High in Stockton, where he played varsity baseball and graduated in 2006 before heading to U.C. Davis to play college baseball.

He was drafted by the Baltimore Orioles in 2009 and played with minor league teams connected with the Orioles, Seattle Mariners, St. Louis Cardinals, Toronto Blue Jays and New York Mets. The Mets offered him his first Major League Baseball opportunity in 2016. He went to the Philadelphia Phillies in 2017 and played in 69 games that season, and he was with the Mets briefly in 2018 before going back to the team’s AAA affiliate, the Las Vegas 51s.

In that time, he played every position except catcher, mostly in the infield. He played shortstop for Team Israel after rejoining the team in September right before the Olympic qualifying tournaments.

“I’ve been really fortunate to have been able to play for all of these different teams at every level that exists, basically, all throughout the minors and making it to the big leagues for a while, and then getting to play in these different international tournaments,” he said.

While the life of a baseball player means a lot of moving around, Kelly’s invitation to play for Israel is an example of the unique opportunities that can come up when moving from team to team.

“Just the fact that they found out I had Jewish heritage was an extreme chance thing. Basically, someone that I met in 2009, that knew the president of Israel baseball, happened to remember that I said I was Jewish,” Kelly said. “Then he told the president of Israel baseball seven years later. The fact that he remembered that, and all of these things came together, it’s just insane that it all worked out like that.”

He added that international baseball is a much different environment compared with the minor and major leagues in the U.S.

For a team playing international tournaments, the season lasts as long as the team keeps winning, so a player’s individual statistics and scouting reports aren’t as important as the full team making the championships.

“It’s really fun to be able to be a part of something like that again, because really you don’t get that once you get past college for quite some time,” he said.

Kelly added that the fans are different too because of the shared identity they have with the players.

“Now, after having played for Team Israel for a few years now, my connection more than anything has been with the Jewish community and with how proud everybody in that community is to have Jewish athletes succeeding, and how big of a deal that really is to a lot of people,” he said. “Whenever there are Jewish athletes, there’s a sense of everyone is a part of the tribe. Everyone is a part of the family. They feel that connection and have someone to look up to and to be proud of. I think that has been the coolest thing for me, to be a source of pride for people.”