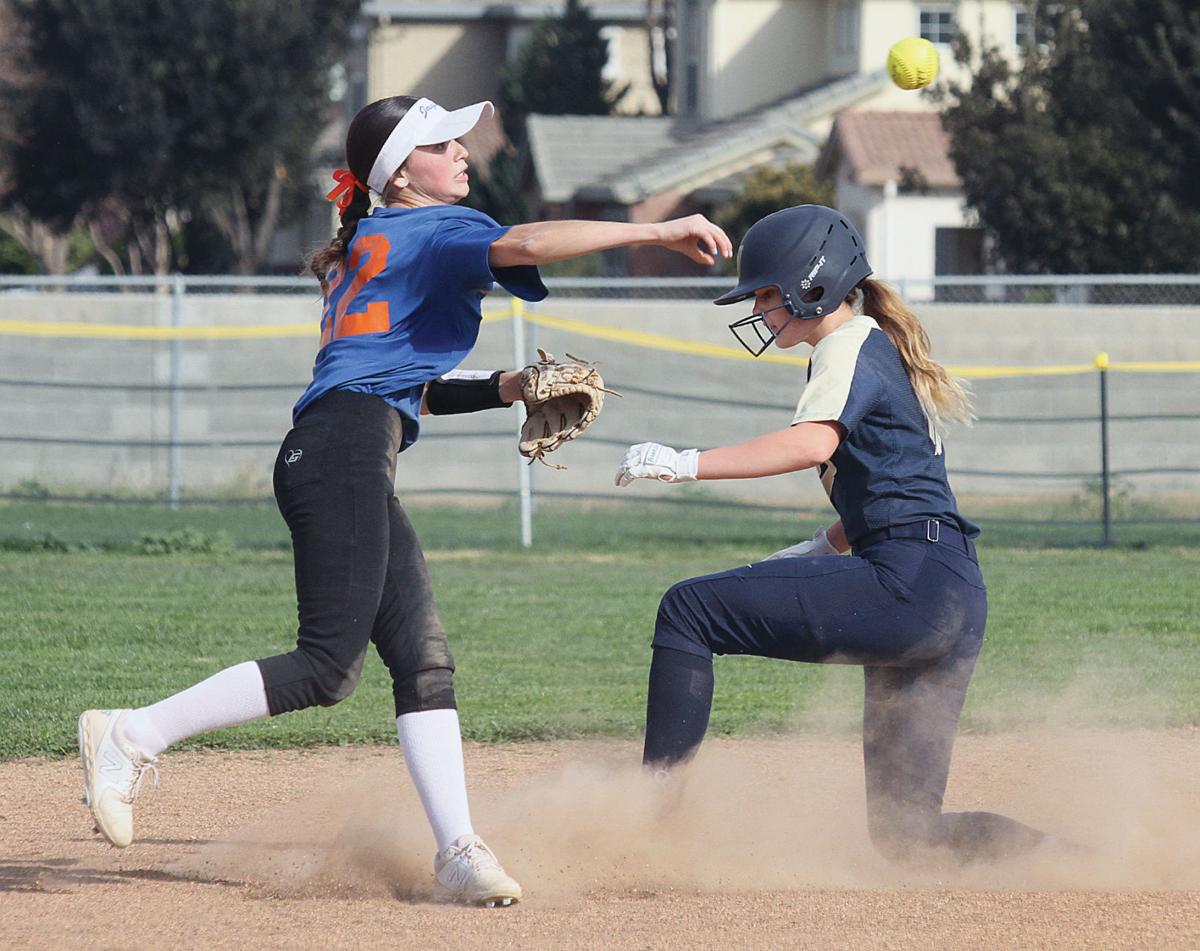 Kimball High freshman Sophia Coronado (left) throws to first base after forcing out West High junior Trista Zieska at second base on Tuesday at Kimball High. 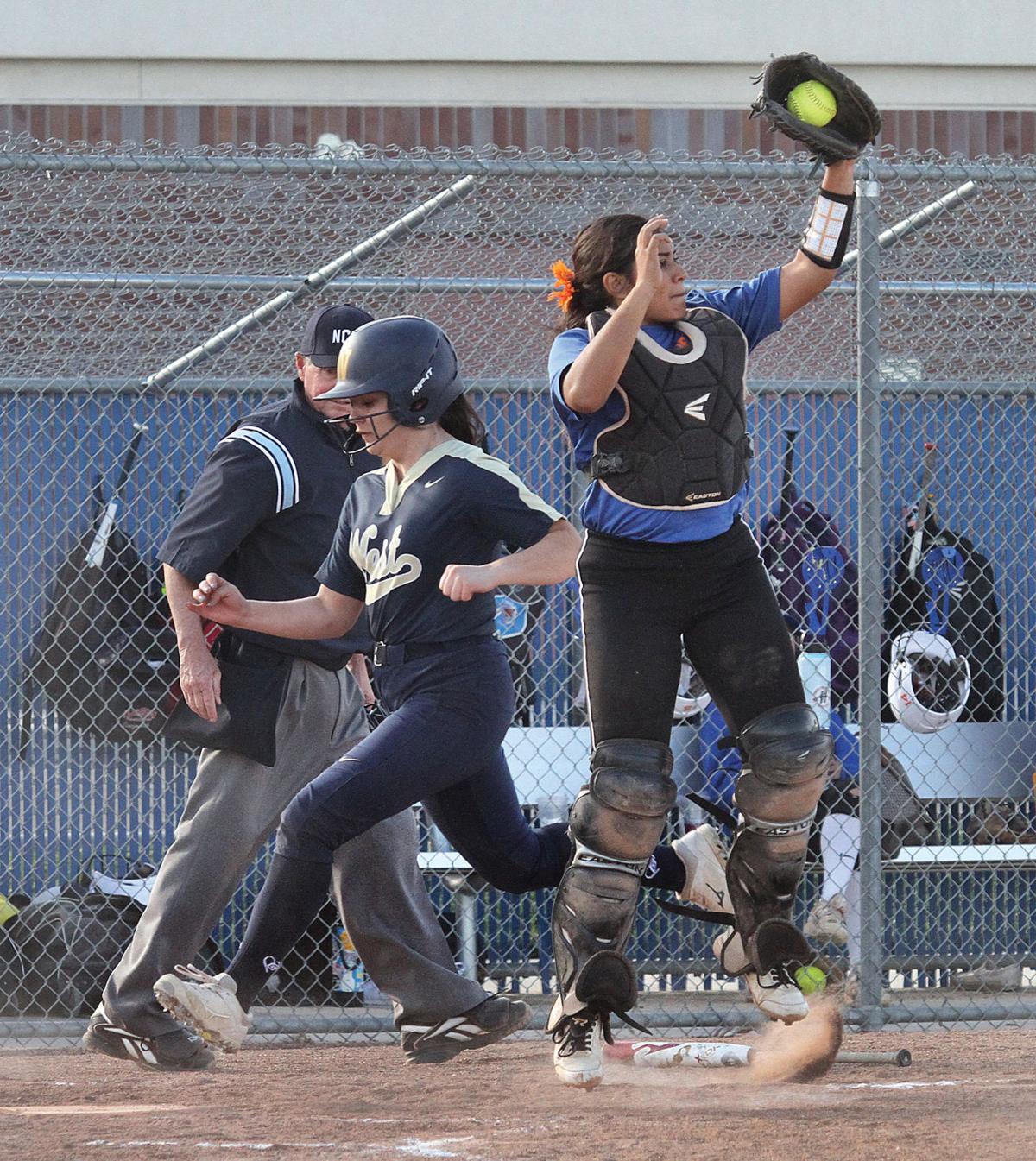 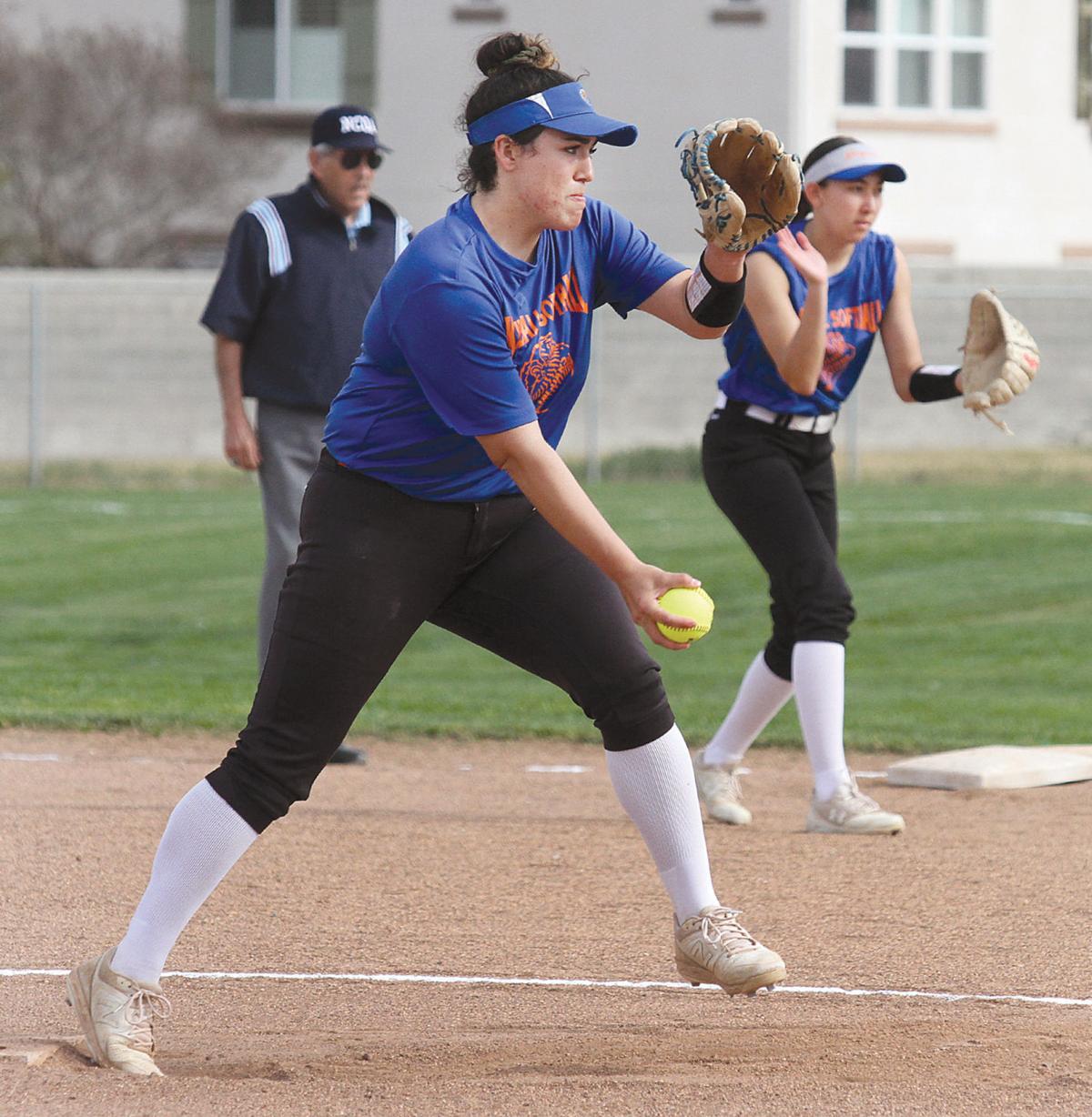 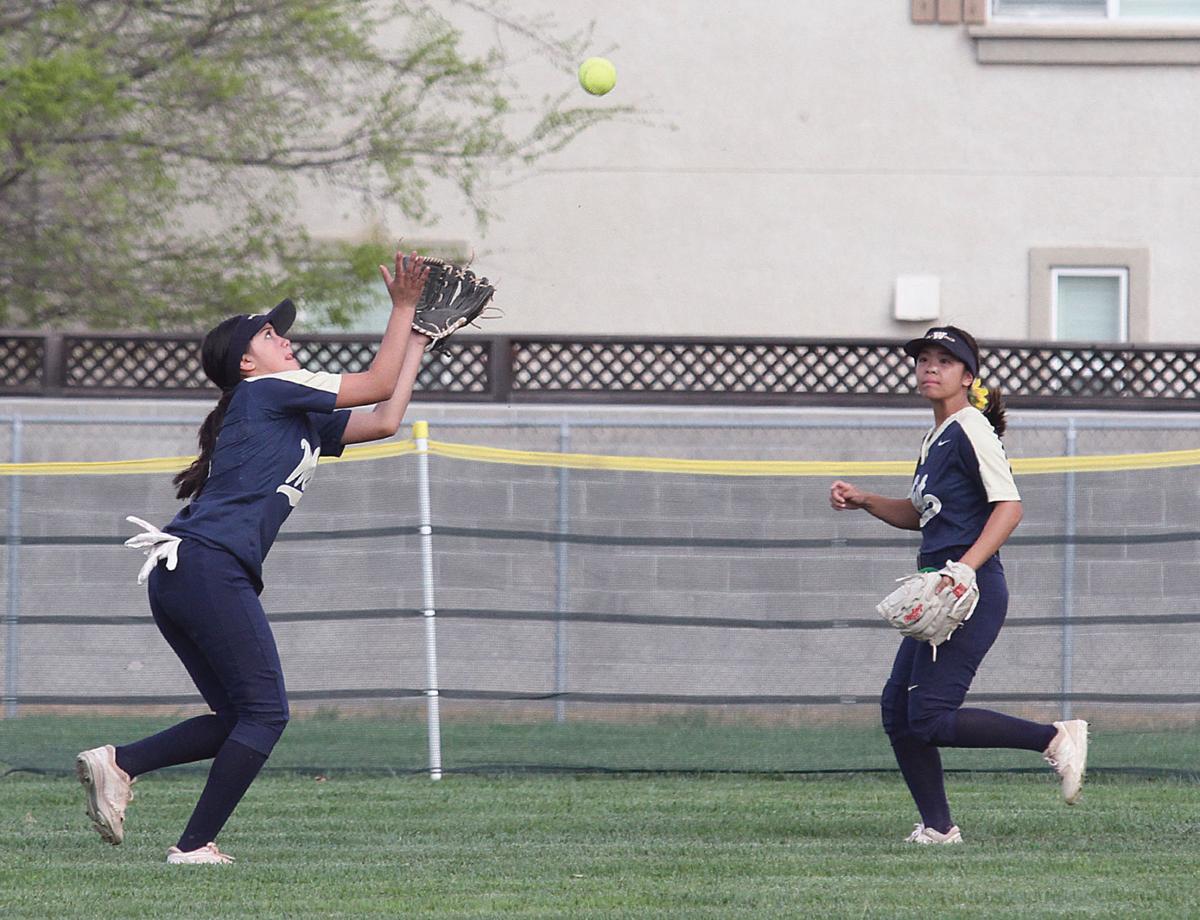 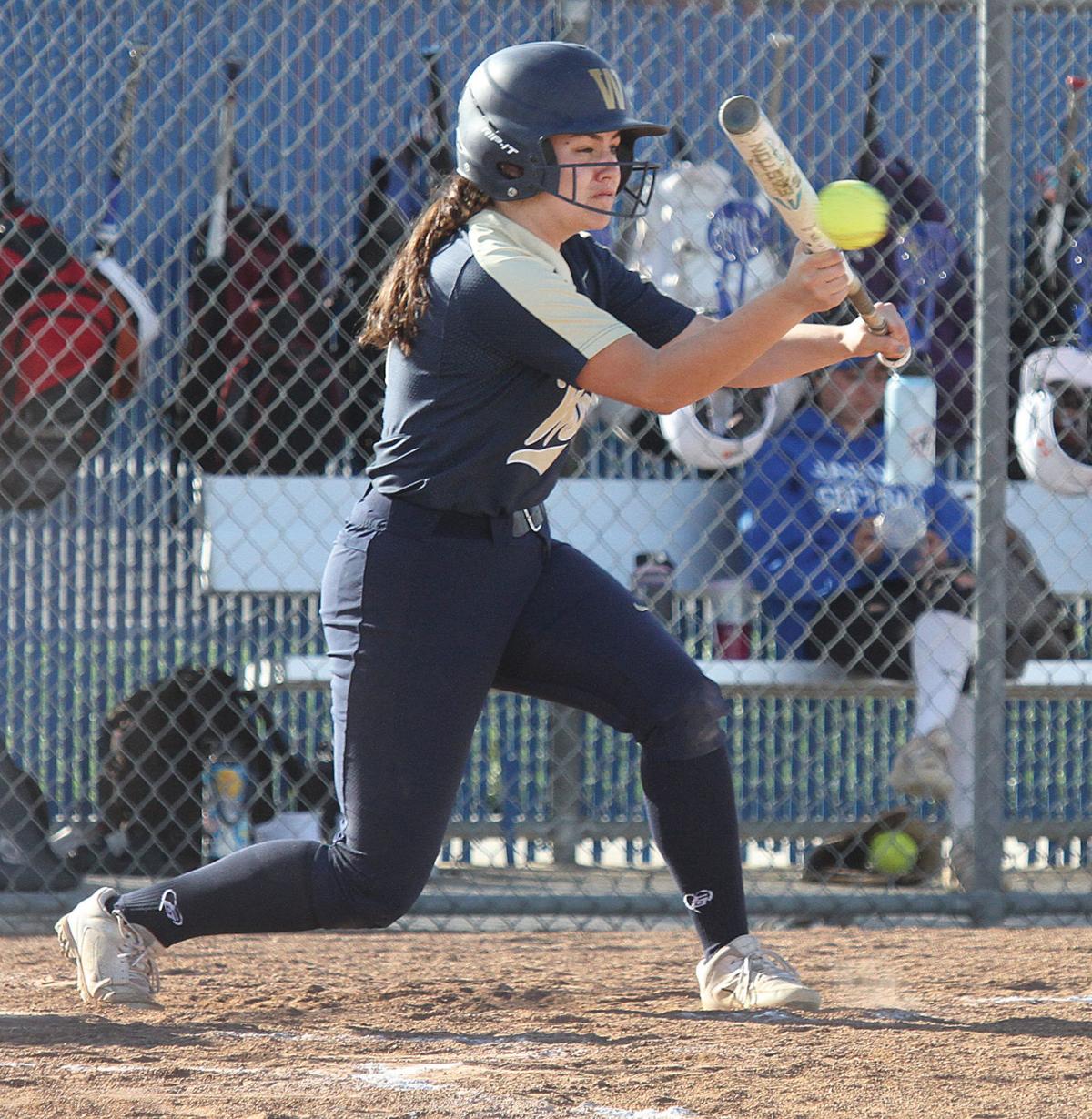 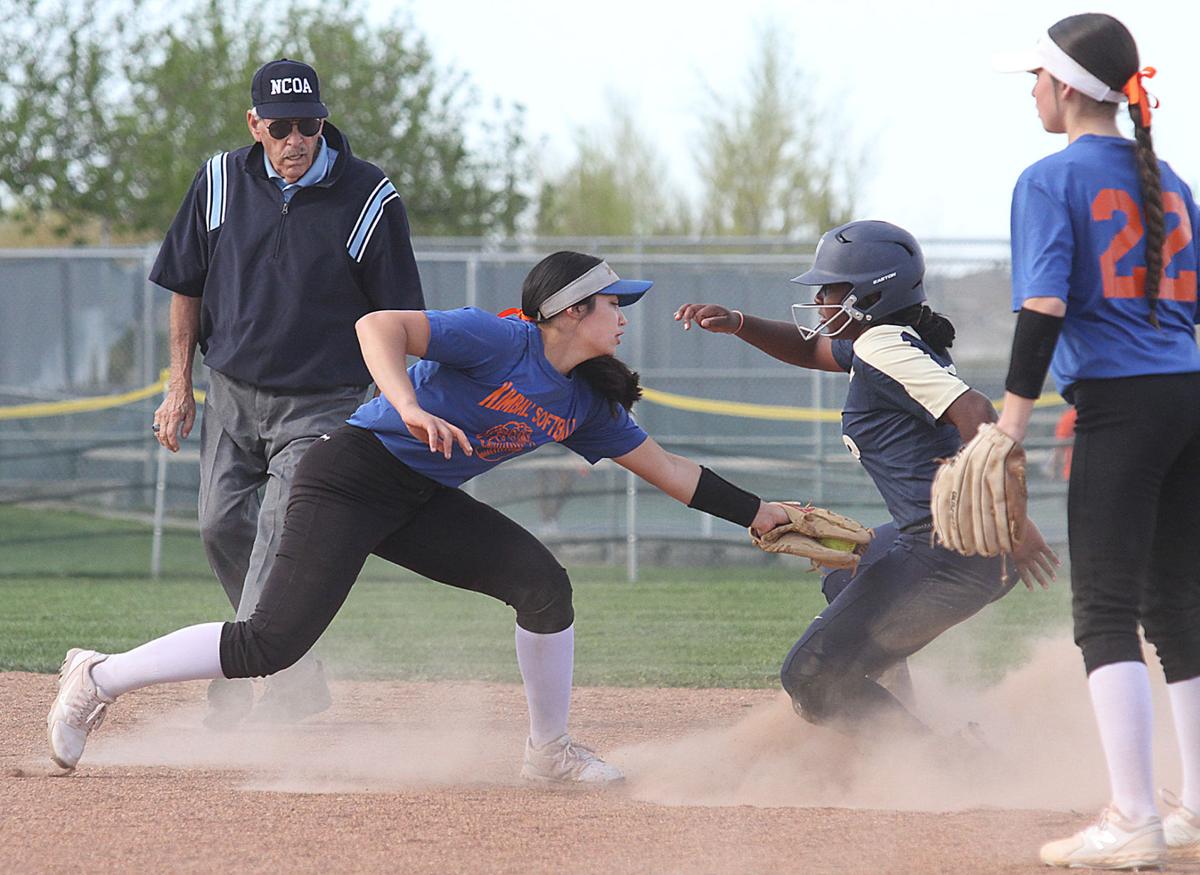 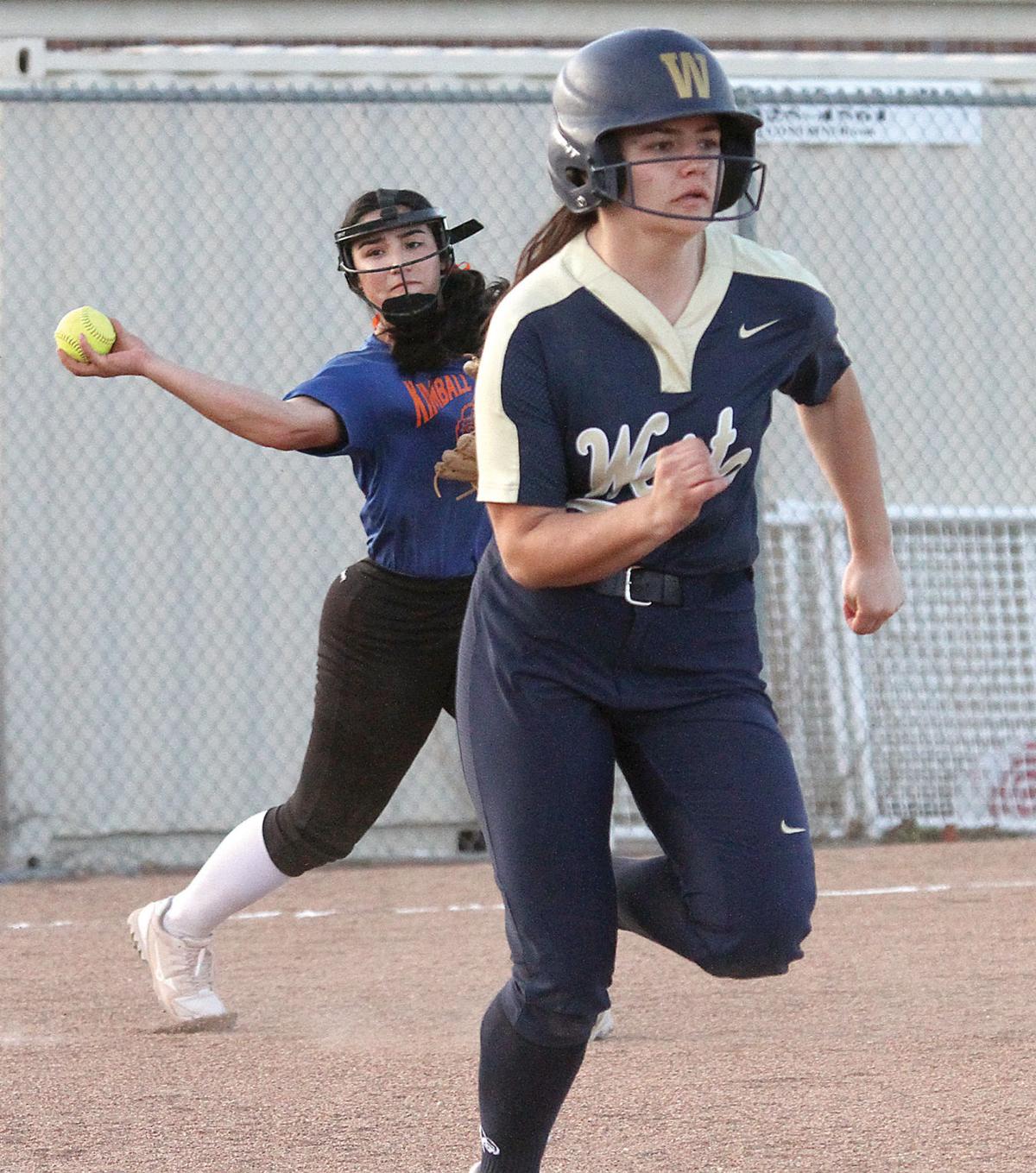 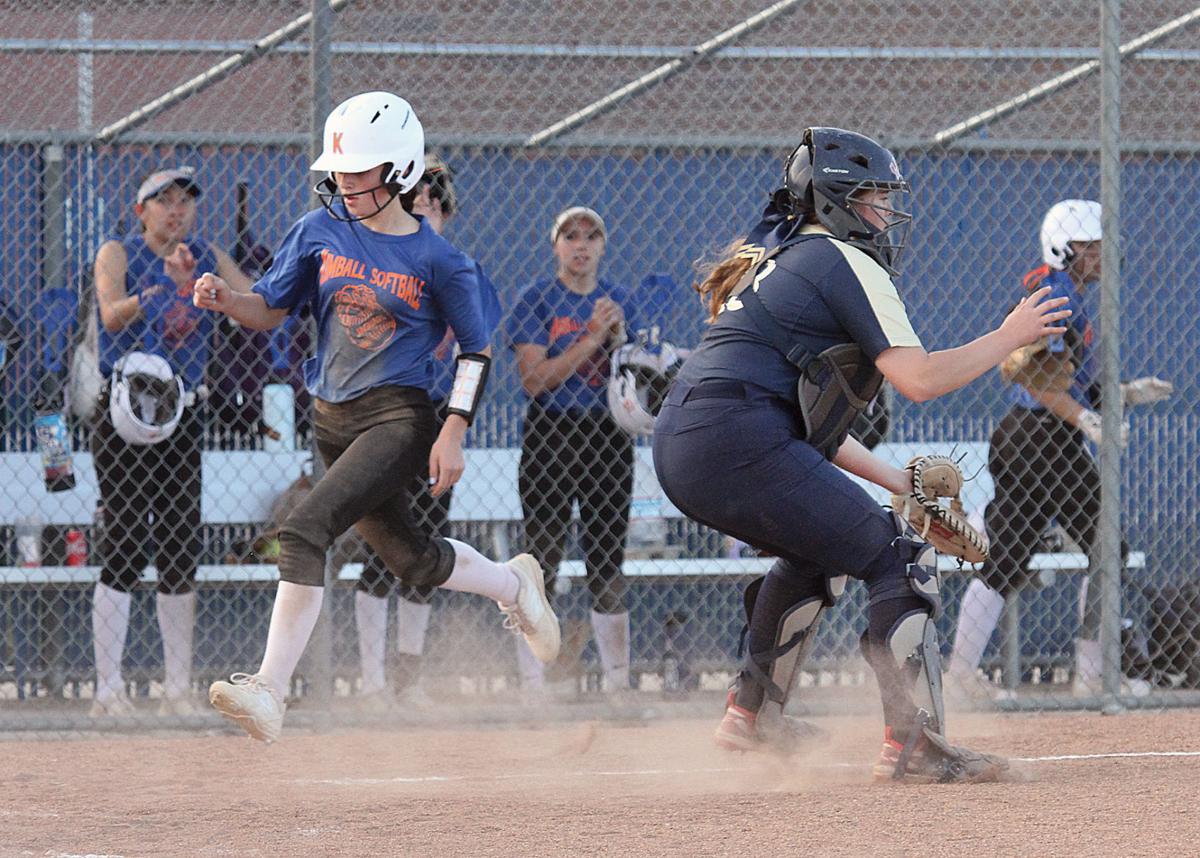 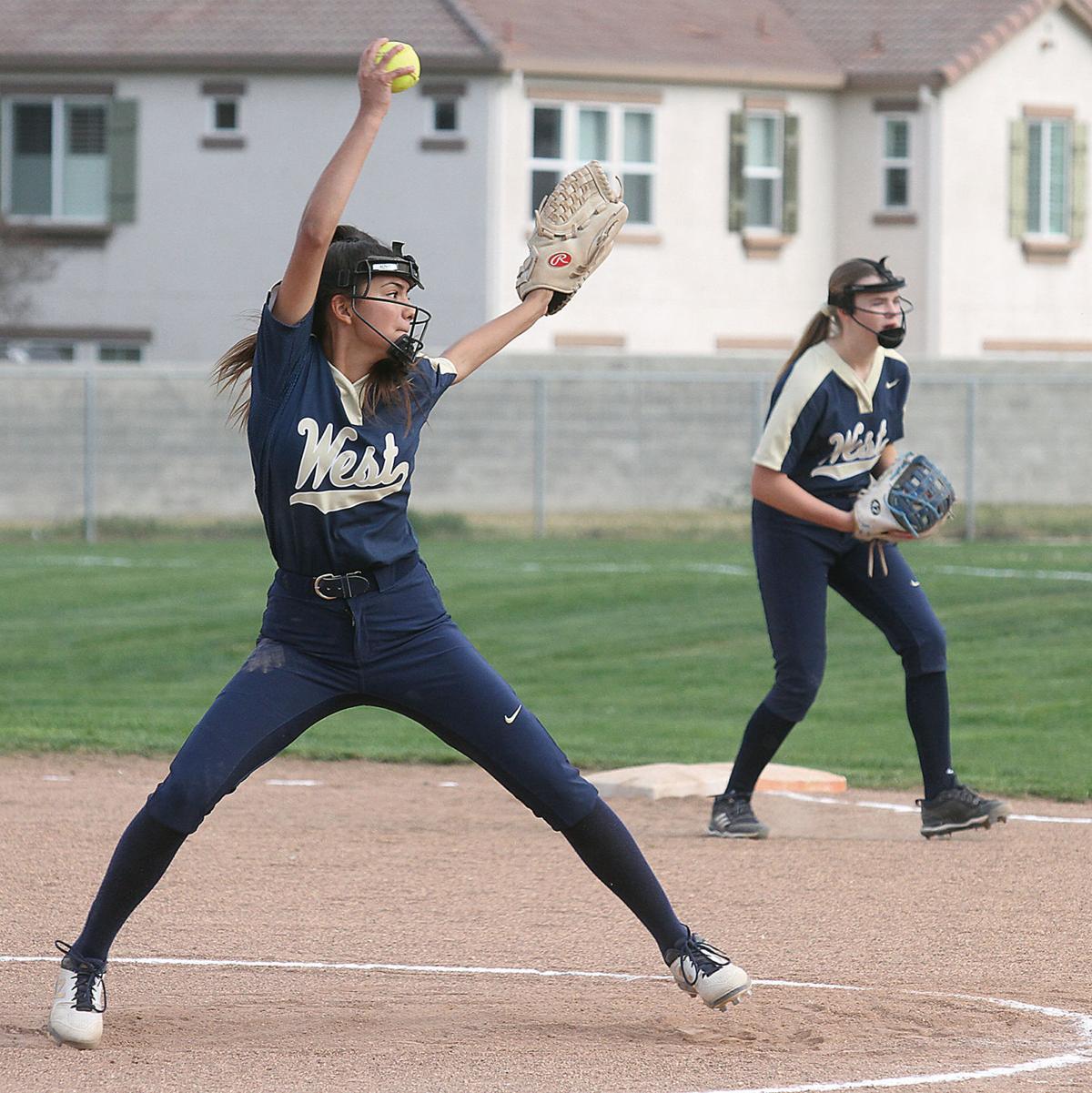 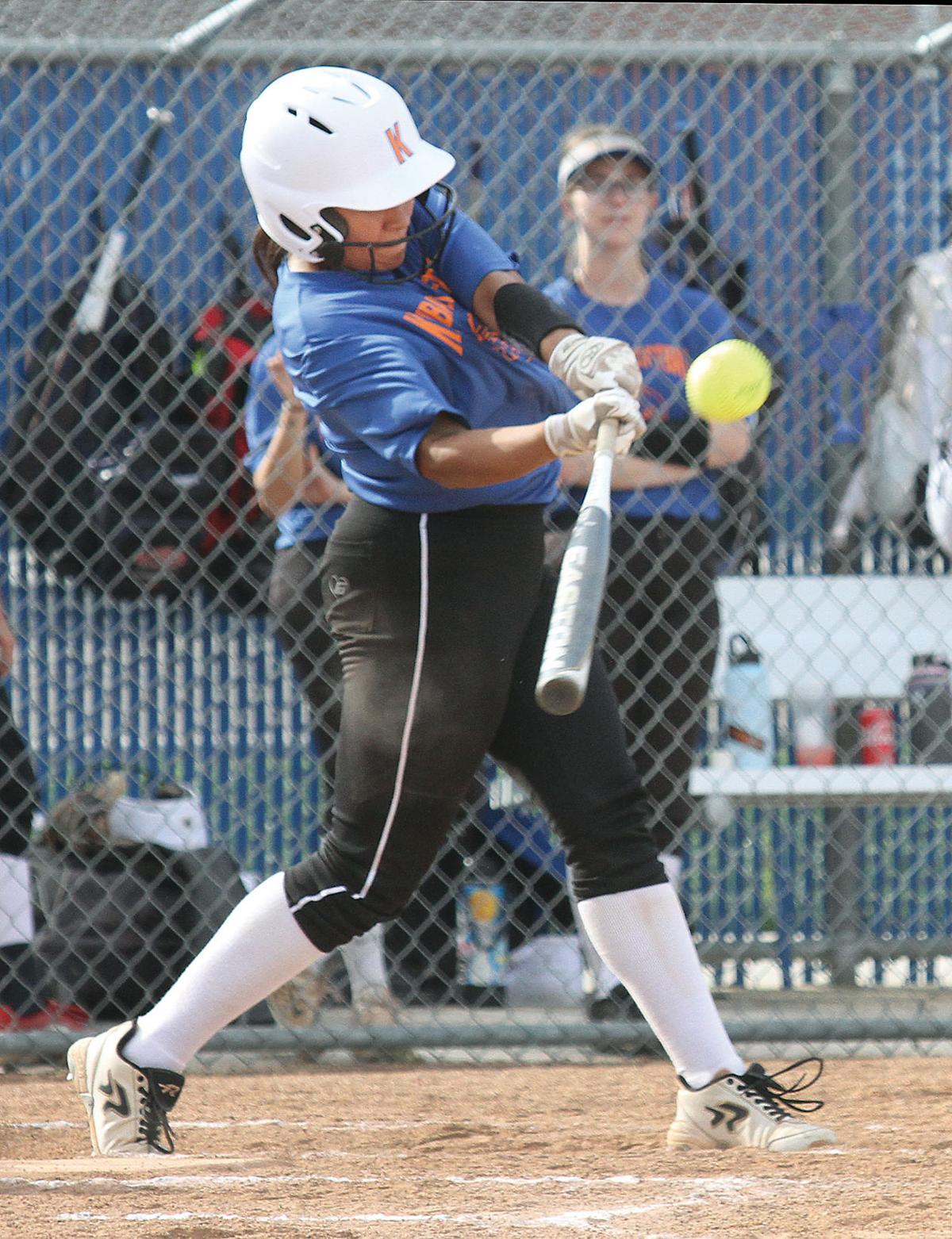 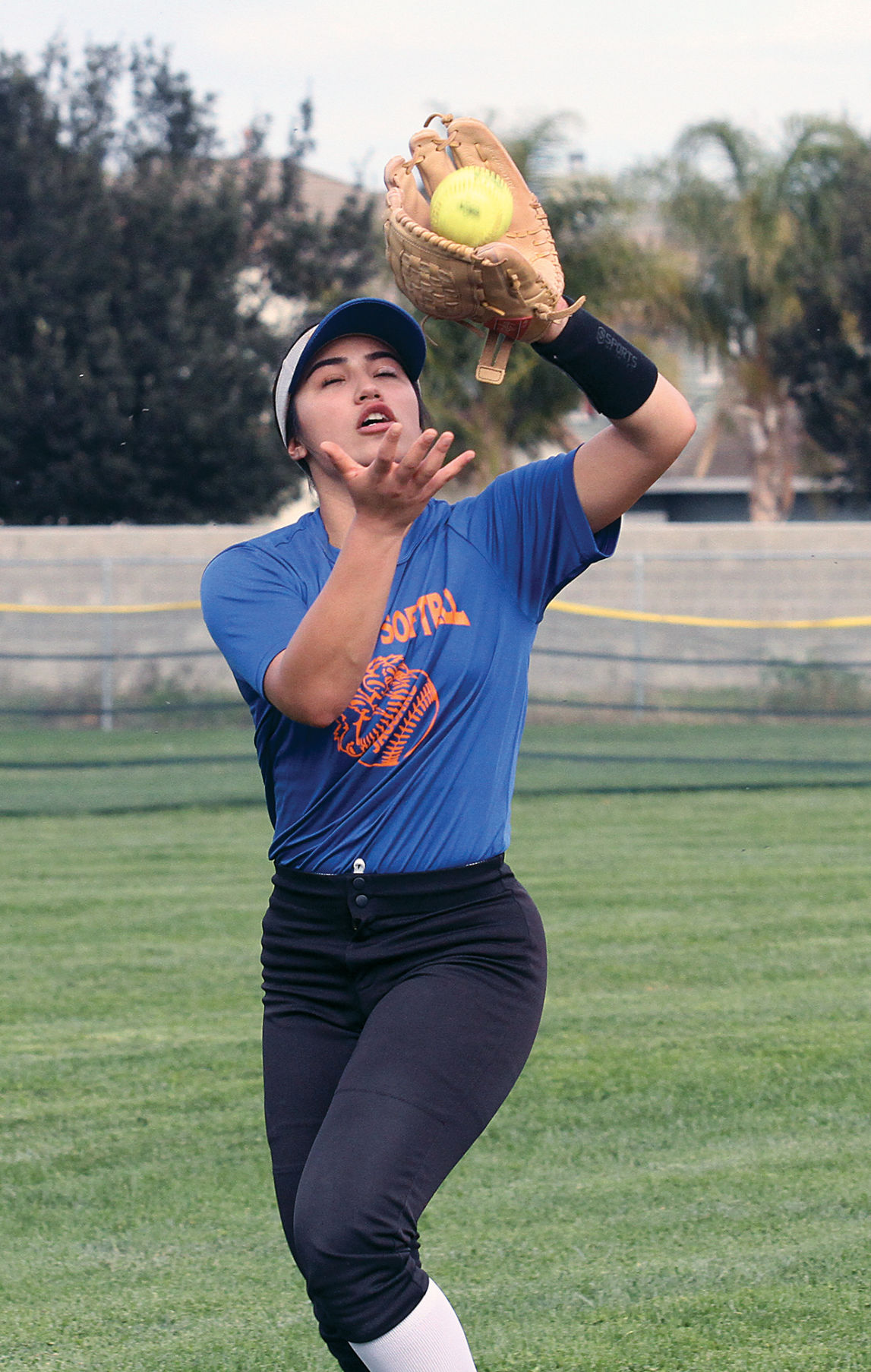 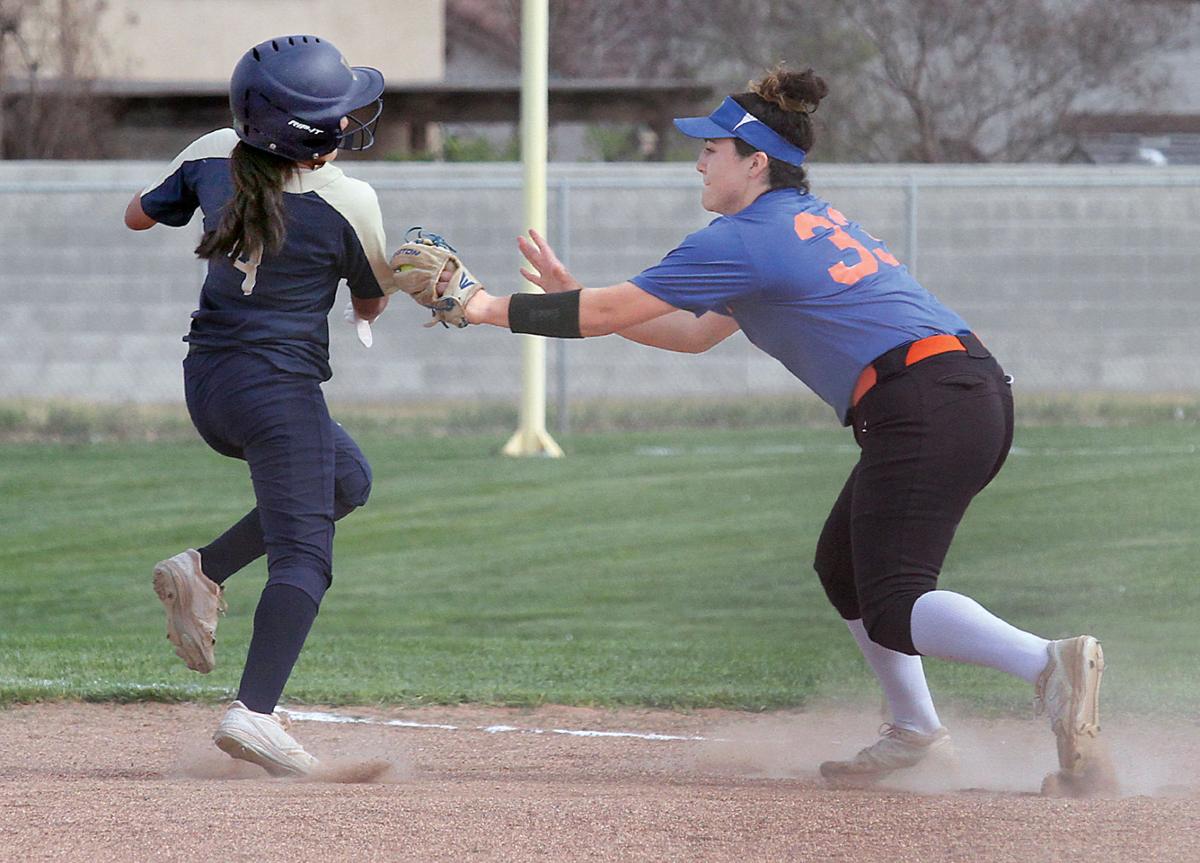 Kimball High freshman Sophia Coronado (left) throws to first base after forcing out West High junior Trista Zieska at second base on Tuesday at Kimball High.

Nearly everyone on the West High softball squad contributed hits in the Wolf Pack’s 9-5 victory at Kimball High on Tuesday.

The Wolf Pack collected 13 hits, including three hits in a two-run third inning, when they took a 2-1 lead, and six more in a four-run fourth inning.

West senior catcher Sarah Britton got the Pack started with her two-RBI single to right-center field in the third inning to overcome Kimball’s early 1-0 lead.

“It’s all about mindset, going up there with the attitude of ‘I’m going to hit this ball. I’m going to get on base,’” Britton said, adding that all it takes to build a team’s confidence is for one player to start connecting. “Once one of these girls gets going, it gets the whole rest of the team and it kind of just flows.”

Britton drove in another run with a single in the fourth inning, putting her team up 6-1, and freshman leadoff batter Laila Vallejos had three of West’s hits, including an RBI double in the fourth.

“I never put my head down and I always come up and play thinking I’m going to be on the bag and I’m ready, because I’ve got to score,” Vallejos said after the victory. “I think everyone thought that we were going to lose because (Kimball) won against Tracy, and it means a lot, because our team is up there with the other teams.”

Sophomore Kiara Blanchard had three hits for West, all doubles, and seniors Samantha Anastasio and Sierra Rhoads also batted in runs for West.

Kimball totaled eight hits, including three doubles for junior Leah Richardson, doubles for junior Arianna Retuta and senior Faith McCarrell, and a two-RBI single for freshman Sophia Coronado that sparked a four-run fifth inning, when Kimball got within a run of West.

“Going into the game, we were all hyped because we just won four straight games. We had a couple mistakes in the infield, so I knew going up there I had to get my team back into the game,” Coronado said.

Though West scored three more runs in the seventh inning to pad the lead, Coronado said the loss was far from discouraging.

“We just need to step back and bounce back,” she said. “Humble in victory, humble in defeat. That’s what we tell each other. I think we can bounce back good from this.”

West freshman starting pitcher Francesca Paz pitched all seven innings and got the win after she struck out five batters. Kimball senior Rylie Costa gave up 11 hits and two runs over 3 1/3 innings, and senior Savannah Rogers pitched 4 1/3 innings and gave up two hits and two runs before Costa returned in the seventh inning to face two more batters.

Kimball senior pitcher Rylie Costa held Lincoln to two runs, one of them earned, in the Jaguars’ 10-2 win Monday at home.

Junior Leah Richardson hit her second home run of the season, a three-run shot in the bottom of the sixth, and totaled four RBIs. Senior Faith McCarrell went 2 for 3 at the plate with a double.