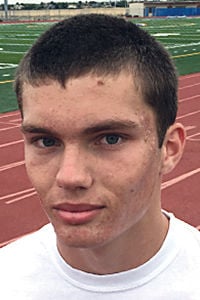 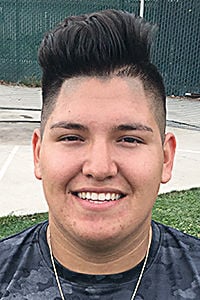 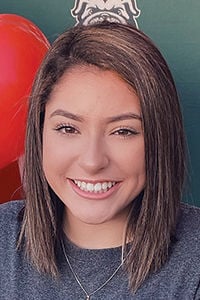 Three local track and field athletes have confirmed their college plans, making their commitments before the COVID-19 quarantine forced athletic programs to shut down for the spring 2020 season.

By the end of his junior year, Allan Hunter’s track and field accomplishments had impressed NCAA coaches across the U.S.

Hunter holds the Kimball High School records in the high jump (6 feet, 4 inches) and long jump (23-9¼), having set the school long jump record with his second-place mark at the California Interscholastic Federation state championships last year. He was also the Sac-Joaquin Section champion in the triple jump (45-11½).

His ultimate goal was to get an athletic scholarship at Stanford University, and as of the start of the 2020 season, he needed to add a couple of feet to his long jump and triple jump marks to get there.

Meanwhile, he and his twin brother, David, who also competed as a jumper for Kimball High, made sure they had plenty of options.

“I had emailed every coach from any school I thought of attending,” Allan said, naming UC Davis, UC Berkeley, UCLA, Stanford, Cornell University, MIT, Johns Hopkins — “all the bigger schools, and I didn’t get any responses probably for a week, week and a half.”

When his jumps coach at Kimball High, Michael Nunn, sent out a follow-up email, the college coaches started to reply to both him and David.

“In the meantime, I went on visits to Cornell, UCLA, Berkeley, Sac State, just to explore around, and wait until I could get in contact with the Stanford coach,” Allan said.

Cornell University in New York offered scholarships for both brothers but also required an early commitment. Allan was confident that a better offer was coming.

“I ended up declining Cornell, and then the very next day I got my email back from Stanford,” he said, adding that while it didn’t include a scholarship, the coach did assure him of a place on the track and field team.

“Once I found out I got in, I told him I was ready to commit and we signed the commitment papers,” Allan said.

The downside is that his brother didn’t get the same offer. Because David was injured at the end of the 2019 season, he didn’t have the same opportunity as Allan to win top medals at the section and state championships, nor does he have the opportunity to make up for that in his senior year because of the cancellation of the 2020 season.

“He was just hoping for that extra time to get his jumps in and impress the coach more, but nobody has that now,” Allan said.

Both brothers have the academic credentials to get into top universities. Allan will study mechanical engineering or physics at Stanford, and David has yet to confirm his college plans, which most likely will take him to the University of California in Davis or Berkeley.

Jason Reyes has made his mark at Tracy High both as a football player and as a thrower with the Bulldogs track and field team.

After he placed second last year at the Sac-Joaquin Section finals in both the shot put (49-1) and the discus (151-8) and advanced to state competition, he was also on his way to the college of his choice after his Tracy High coaches connected him with the Cal Poly coaches.

“I ended up making my official visit a couple months ago, and from there it just grew,” Reyes said.

Reyes will study mechanical engineering and compete in the shot put and discus, and he has some experience with the hammer throw that he plans to build on.

While at Tracy High, Reyes has had opportunities to explore his potential academically and athletically, which set him up to attend a top state university.

“My counselors helped me a lot. Mrs. Sharie Carey, she helped me a lot through this process. My teachers have supported me throughout the process. I’ve always taken advanced classes, such as IB, and I’ve been in the ag-science program,” he said.

“Obviously my coaches have helped me a lot. Coach (Jeff) Pribble has been there with me since freshman year, he’s always supported me as a throwing coach,” Reyes said, adding that head coach Jay Fishburn also guided him to the top levels of competition. “He was actually with me at state supporting me. That was really cool, that he went to state with me just to support me and cheer me on. That means a lot to me.”

Reyes said he had looked forward to hitting even bigger marks on his throws in his senior year. Without a 2020 track and field season, he has gone straight to preparing for next year.

“The year came around and this whole pandemic happened and it just kind of all went down the drain, so now I’m trying to make the best out of it,” he said. “I’ve been able to just continue to work out and I’ve been able to continue to throw at a friend’s house. He’s allowed me to go there and throw there, so I’m grateful for that.”

Danielle Bacon’s sport was soccer when she was growing up, but she always felt something was missing. It could have been the confidence to reach for big goals, or the coaches who would help her meet her potential.

She found those things when she signed up for the track and field team in her first year at Tracy High. Bacon quickly went from freshman-sophomore competition to varsity events and has been progressing ever since.

“Track was such an unexpected sport that I didn’t think that I’d fall in love with, but I did right away when I started my freshman year,” Bacon said this week after signing her letter of intent to accept an athletic scholarship at Chico State. “Being able to continue doing that for another four years at the next level, and having a lot more resources and just to be around a lot of people who have that mindset, is amazing and something I’ve always wanted.”

Over three years, she became one of the Bulldogs’ top sprinters. Last year she set the school record in the 400-meter dash (58.24) at the Sacramento Meet of Champions, and she plans to keep getting faster at Chico State. She also runs the 100- and 200-yard dashes and could run the 800 meters as well, though she considers the 400 well-suited to her speed, strength and endurance.

“It’s a good in-between event that I have. It’s not too long, like the 800, where I couldn’t really sprint, but is also one of those events where I can be at my top speed and maintain it,” she said. “It was an event that just fit well with me and what I have.”

As she considers her next step, she has also reflected on how the Tracy High track and field team helped her find her potential as an athlete.

“I had a few coaches that helped me a lot when I had these crazy ideas, like, ‘I want to break the record.’ They always believed in me and they always pushed me to do it: Why not try and see what happens?” she said. “It was cool having that support system throughout my whole entire high school career. Having them witness the goals I made as a freshman or sophomore and then seeing them actually happening.”

Bacon said that Chico State, where she will study business and accounting, was always an option in her mind. Former teammate Ava Cavallaro is there this year as a freshman, and former Tracy High pole vaulter Justin Woo, class of 2012, is a coach there.

“Once I actually went there, I met the team and fell in love with not only the school and how beautiful it is, but how they have a lot of student resources, and the team there and the atmosphere,” she said.