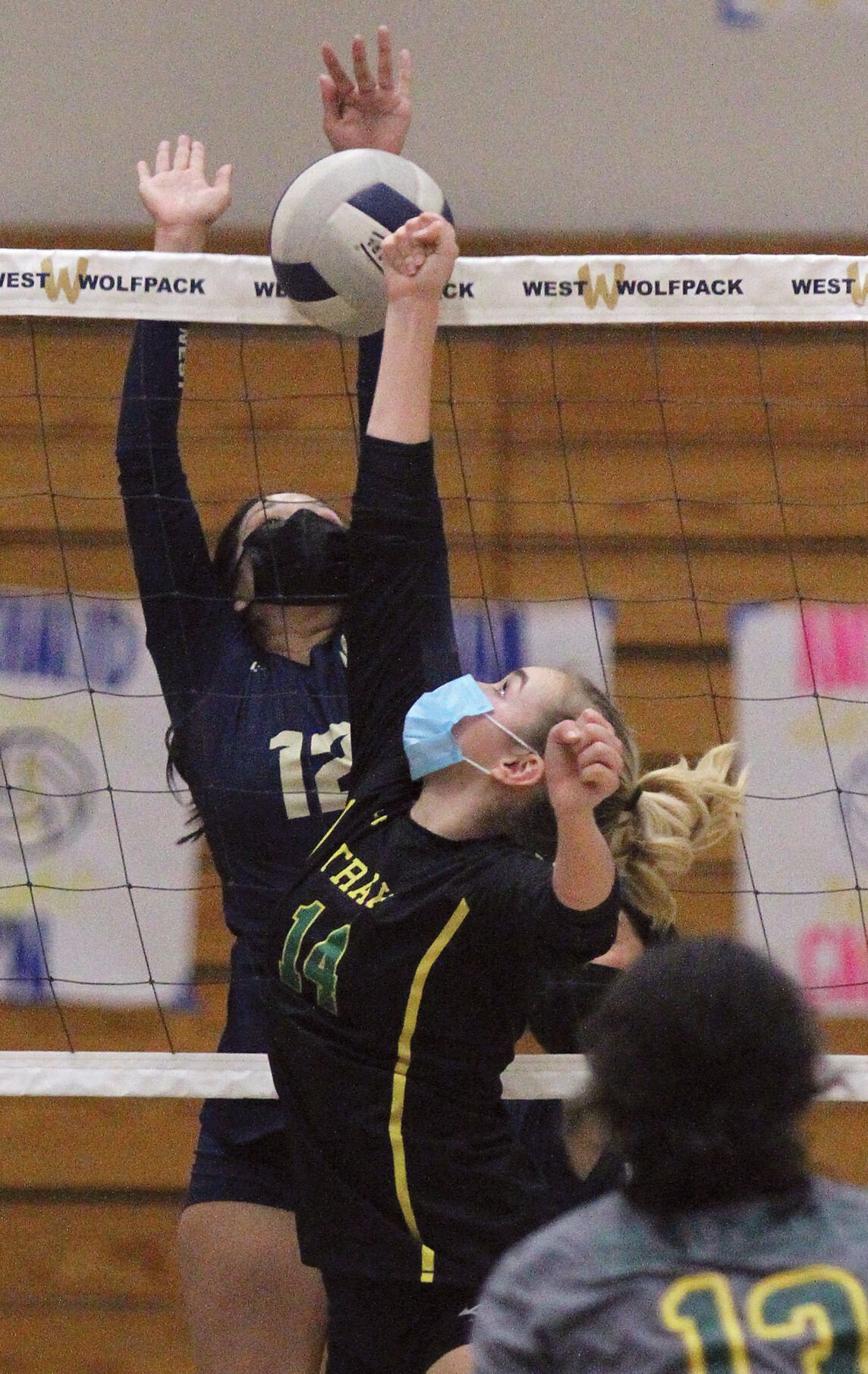 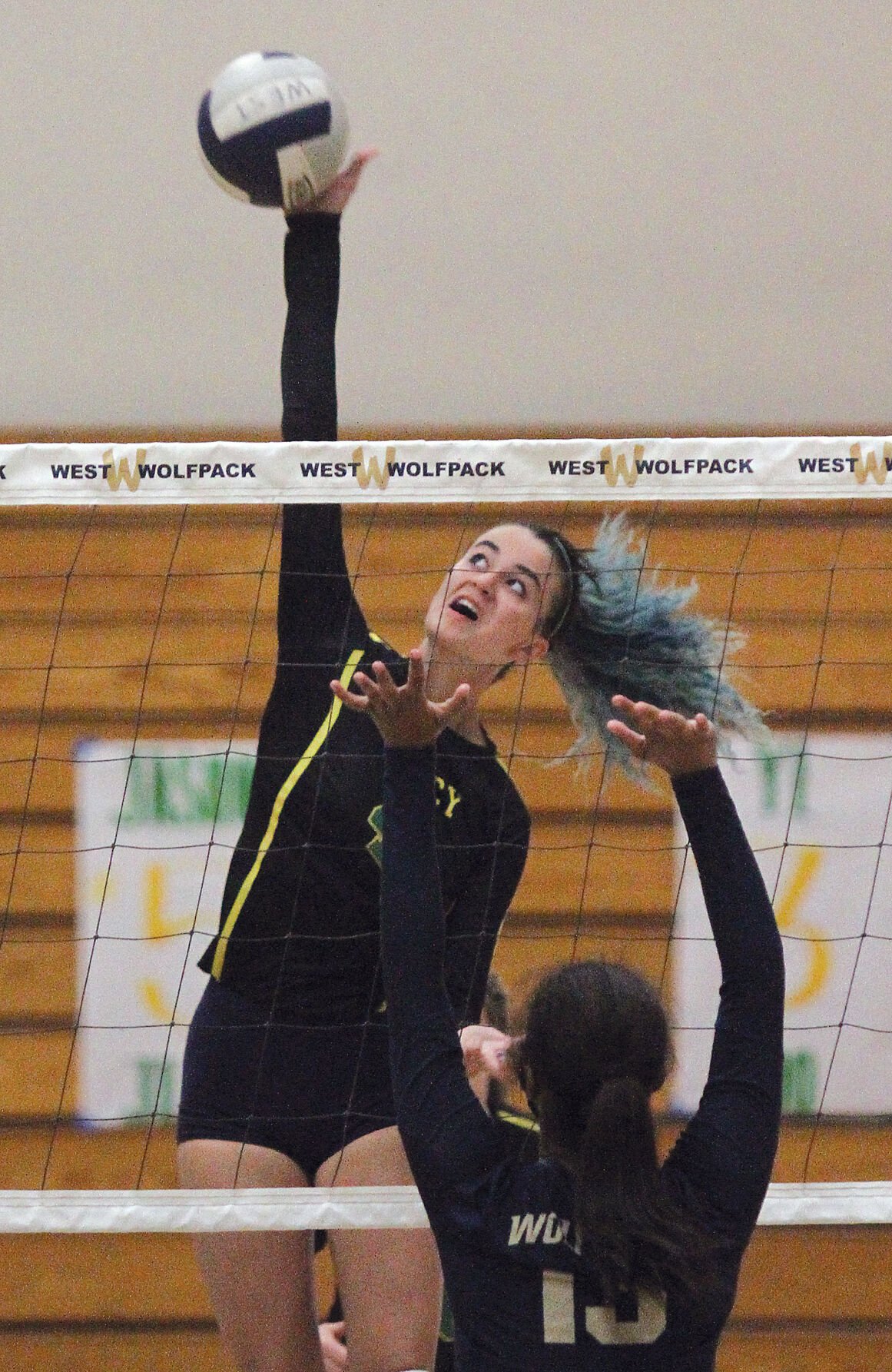 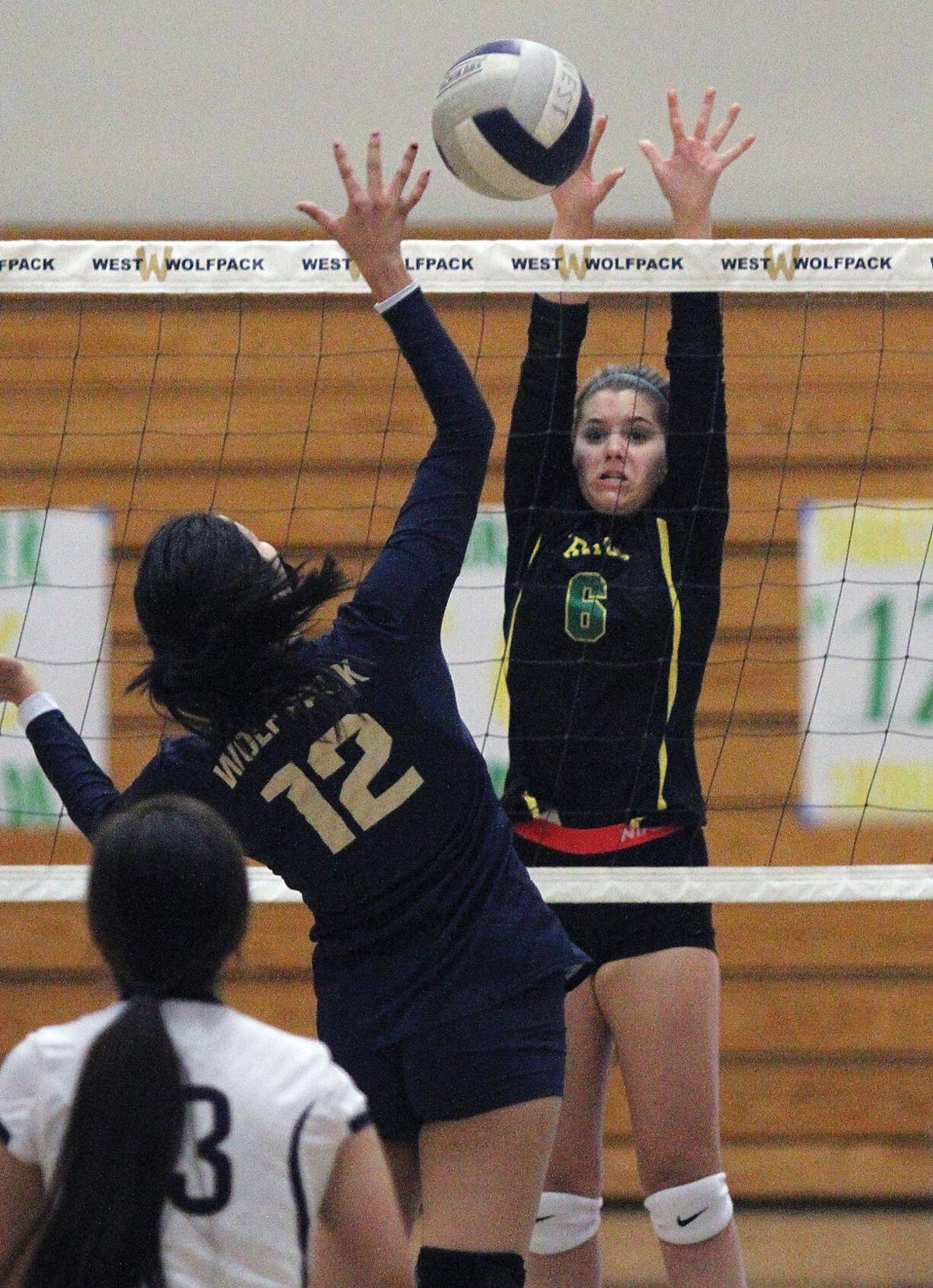 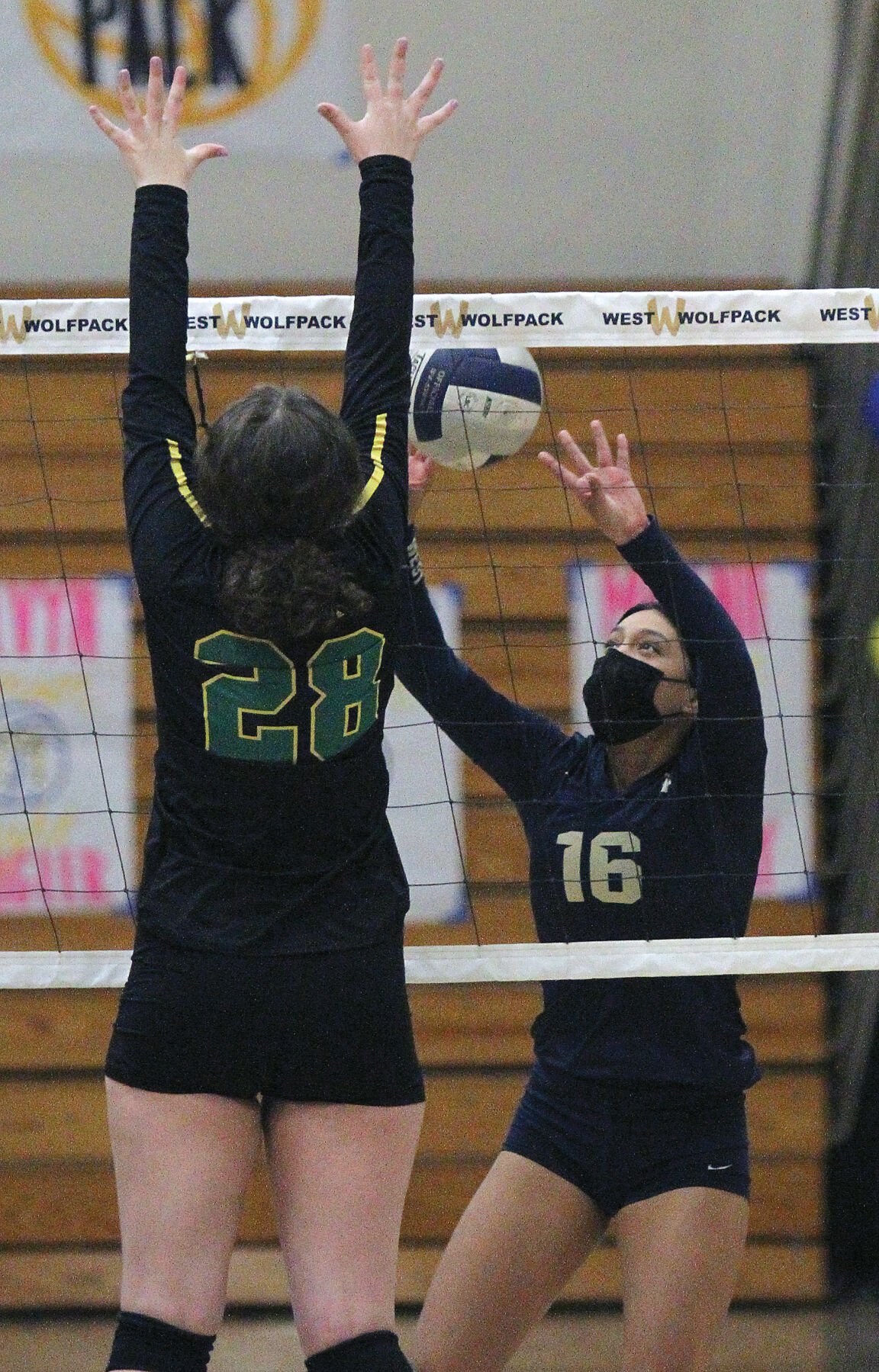 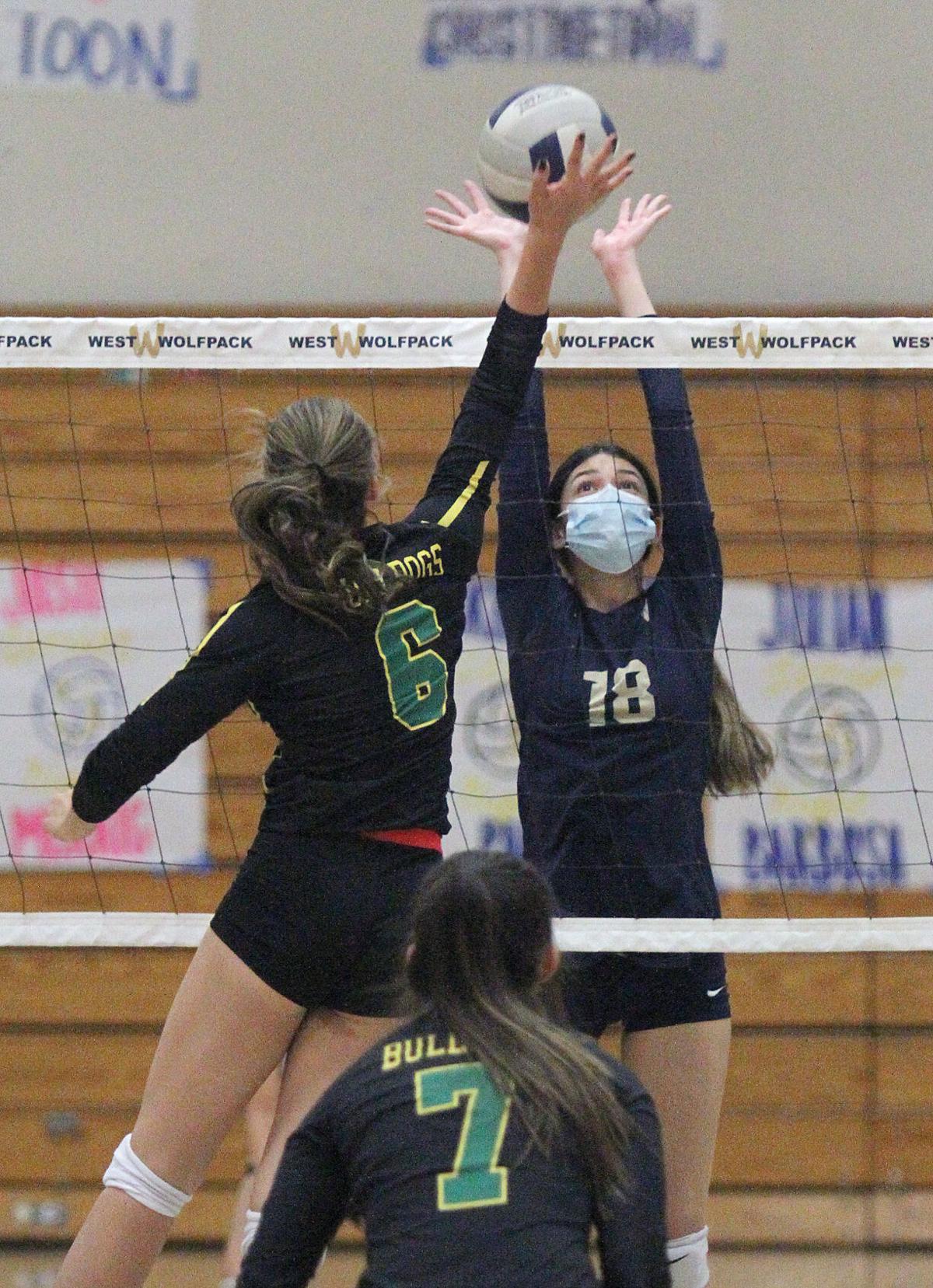 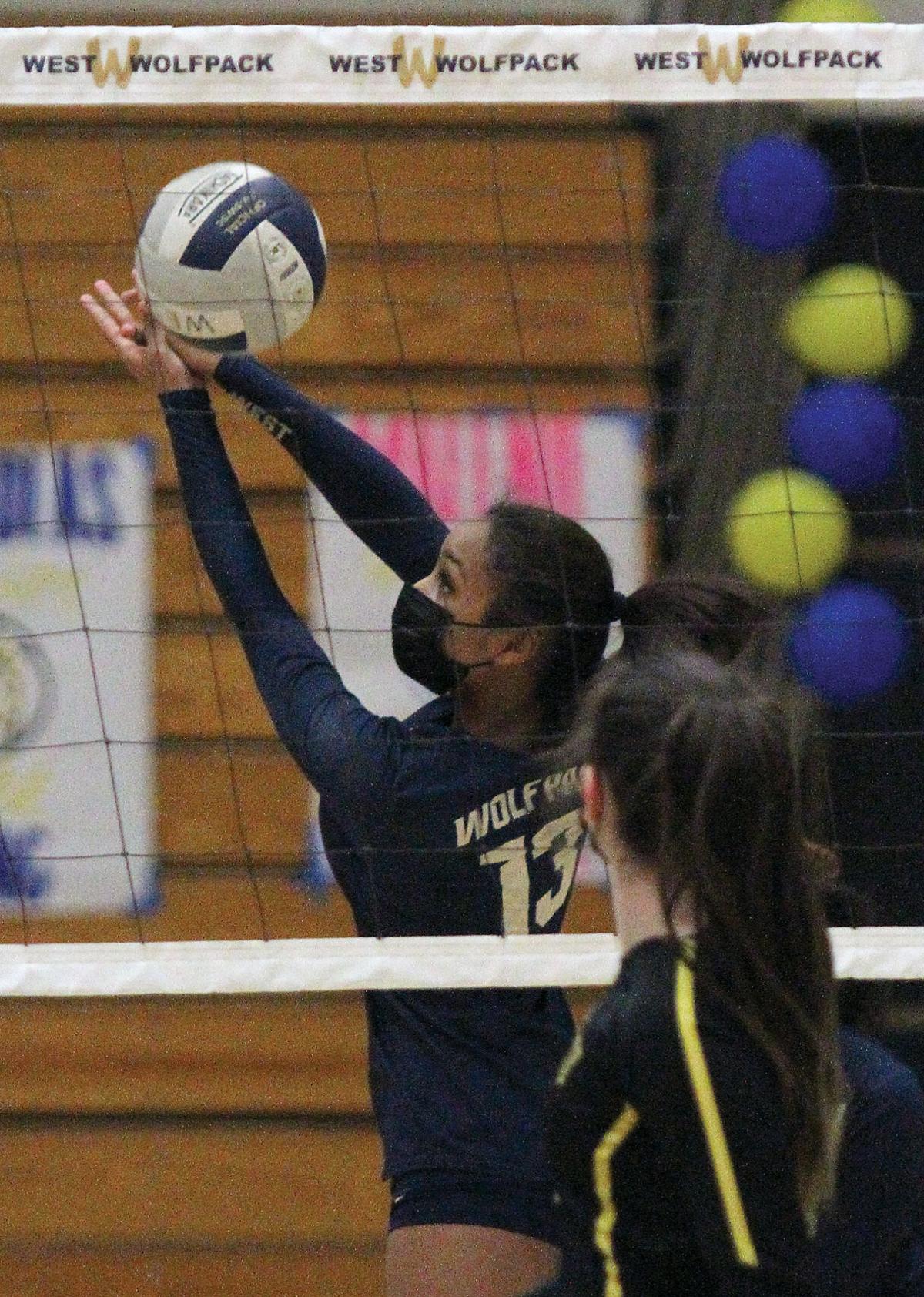 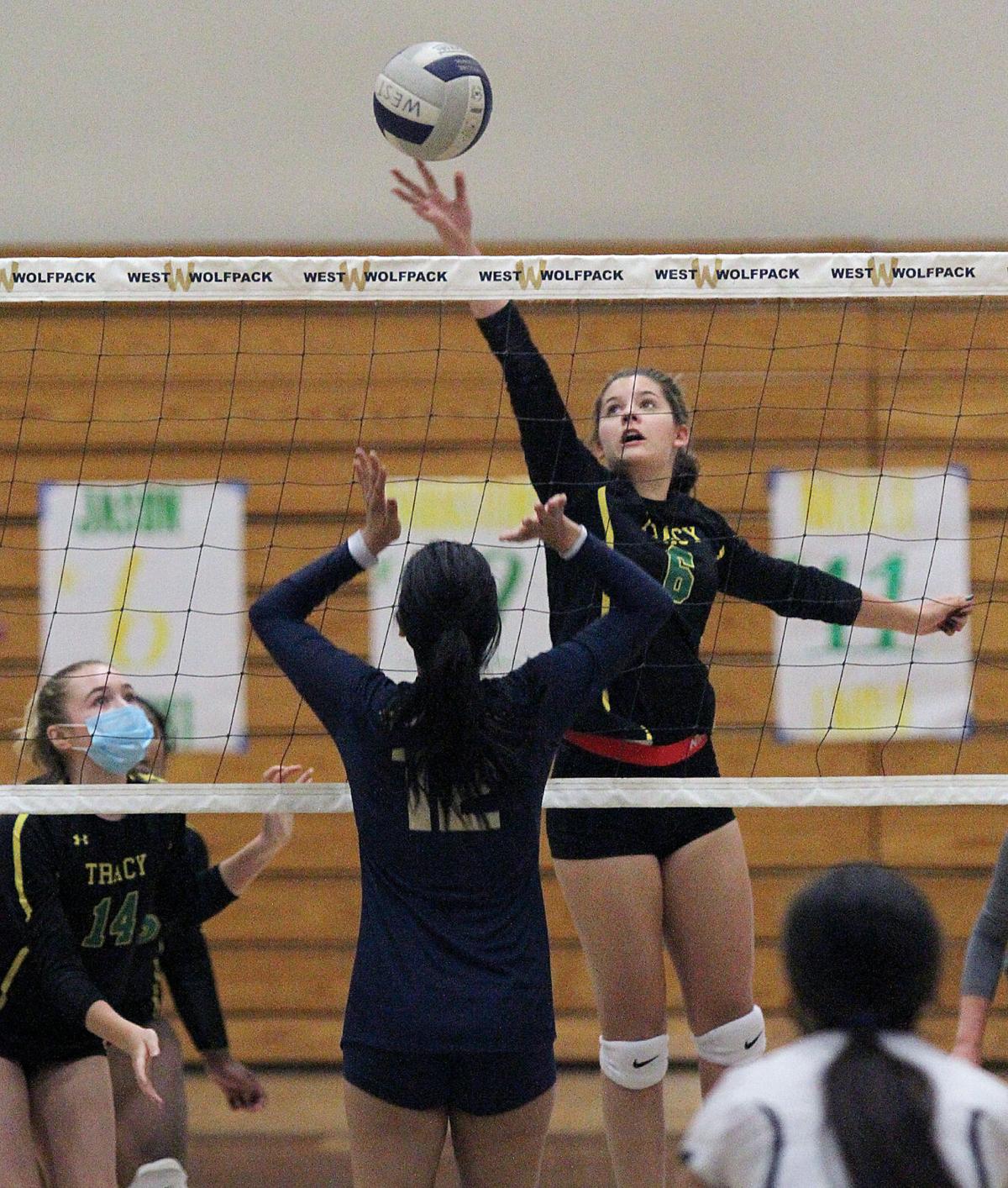 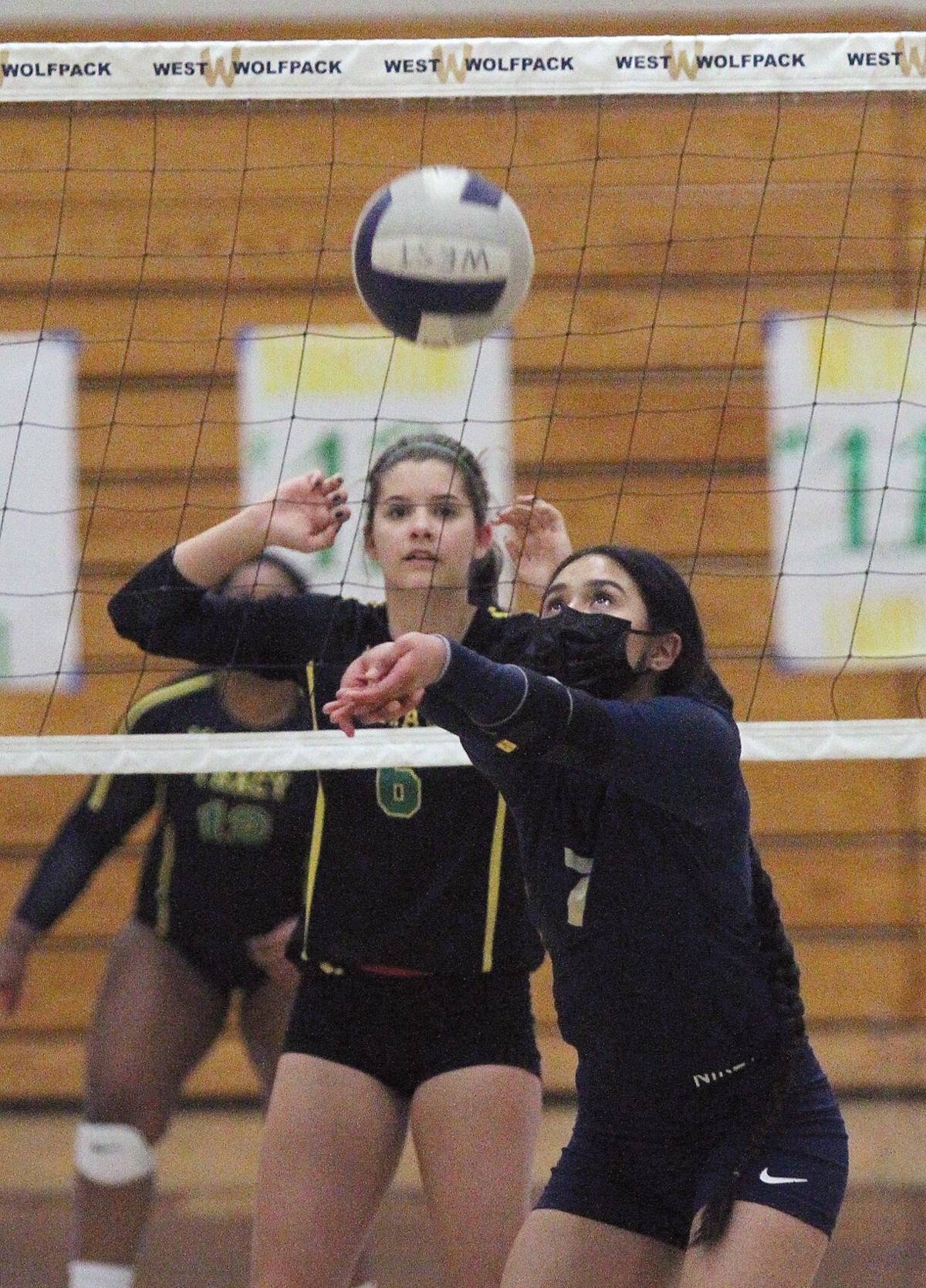 An abbreviated volleyball season came to a close for the West and Tracy high school teams on Tuesday as the Tracy girls finished with a winning record and the West boys went undefeated.

Tracy junior Kylie Van Os said that the match was a chance to get all of the Tracy players in for their last match of the season.

“This season has definitely been a lot different than past seasons, obviously, with COVID this year, but it’s been more fun than anything to play with these girls and get a last game with the senior girls who are leaving. I think we did pretty good for not play for over a year for most girls,” she said.

Among the Tracy team leaders was junior Doga Ocal, an exchange student from Turkey. Ocal, a 5-foot-11 outside hitter, led the Tracy attackers with 10 kills for the night. She comes from a volleyball tradition where the play tends to be more aggressive.

“In Turkey volleyball is very hardcore,” she said, adding that while playing at Tracy High she has come to appreciate the team dynamic. “I like being like family.”

West’s players said that in spite of the defeat they were proud of how the team progressed.

“This season was really confusing to begin with because of COVID and everything but once we got our girls together we really fought to make our team work,” said senior Malenie Garibay. “Our new coach and everything, everything was basically starting over but we made it work. As we went through the season we all worked together and formed a bond and we showed it on the court.”

West senior Angela Garcia added that because former coach Christine Toon was one their minds the team was determined to make it a positive experience.

“I like that we all continue to fight through each set. Even though we lost it’s going to be forever in my mind, forever in my heart,” she said.

Tracy opened the first set with a scoring run that saw sophomore Jianna Palmer leading the Bulldogs for eight straight service points, including three consecutive serving aces, plus kill shots from Ocal and sophomore Claire Hamer and Ocal. It put Tracy up 10-1 and the Bulldogs built on the lead for the 25-7 win.

The second set again saw Tracy take an early lead with Hamer at the service line at the start and Van Os leading Tracy for another scoring run, including two of her night’s five serving aces. A kill shot from Ocal finished the set at 25-9 in Tracy’s favor.

It put West at 4-0 for the season and Tracy and 1-2. For the Wolf Pack the season was a way to recapture the enthusiasm of their 2019 season when the Pack won the Tri-City Athletic League title in its inaugural season under the leadership of Coach Christine Toon.

“We only got four games, but we played every game for Toon, had every practice for Toon. We dedicated the season to her. We knew we wanted to go undefeated for her,” said senior Khalid Pal, who was on that inaugural team. The West boys did not have a spring 2020 season because of the COVID-19 restrictions on indoor gatherings.

Also returning from that inaugural team was senior David Akomah. He said that the Pack wanted to make a statement with its season and with the final match.

“Coach Toon, we had her in mind and made sure we honored her any way we could on and off the court. We came to play. Throughout the whole season we had ups and downs, but we managed to come here and by God’s grace we were able to have a successful season,” he said, adding that Tracy turned out to be a much tougher team than the West players expected.

“It was a bit of a shock for us, so we had to click and realize that we were up against and how we had to counter them, so we were able to do that tonight. We had a few slips but it was alright.”

Tracy Coach Frank Baumann said it was a challenge just putting together a boys team for the 2021 season.

Tracy scored first in the first set on service points from Seth Price. West answered when Pal came to the line for a string of six points to put the Pack in the lead. The teams traded the lead a couple more times, with Tracy’s Tyler Sauceda scoring on shot at the net to keep the Bulldogs close before West’s Parker Hill led another string of points to give the Pack the lead it needed to get the 25-22 win.

Price and Jason Jeong led the Bulldogs at the start of the second set. West caught up and briefly held the lead as Juan Guevara led the Pack on a series of service points, but after Jeong came back to the service line the Bulldogs took the lead back and held on for the 25-22 win.

Tracy started with the lead in the third set, but Hill again led the Pack on series on points to give West the lead, and strong shots at the net from David Akomah and Nicholas Jung, plus a series of service point at the end, extended West’s lead on the way to the 25-11 win.

Pal scored a string of service points for West to open the fourth set, and the Pack led until Tracy’s Jeong came to the service line to bring Tracy back and give the Bulldogs a brief lead. Senior Julian Barbosa served for a string of points, including a service ace, that put West ahead again on the way to the 25-18 win.