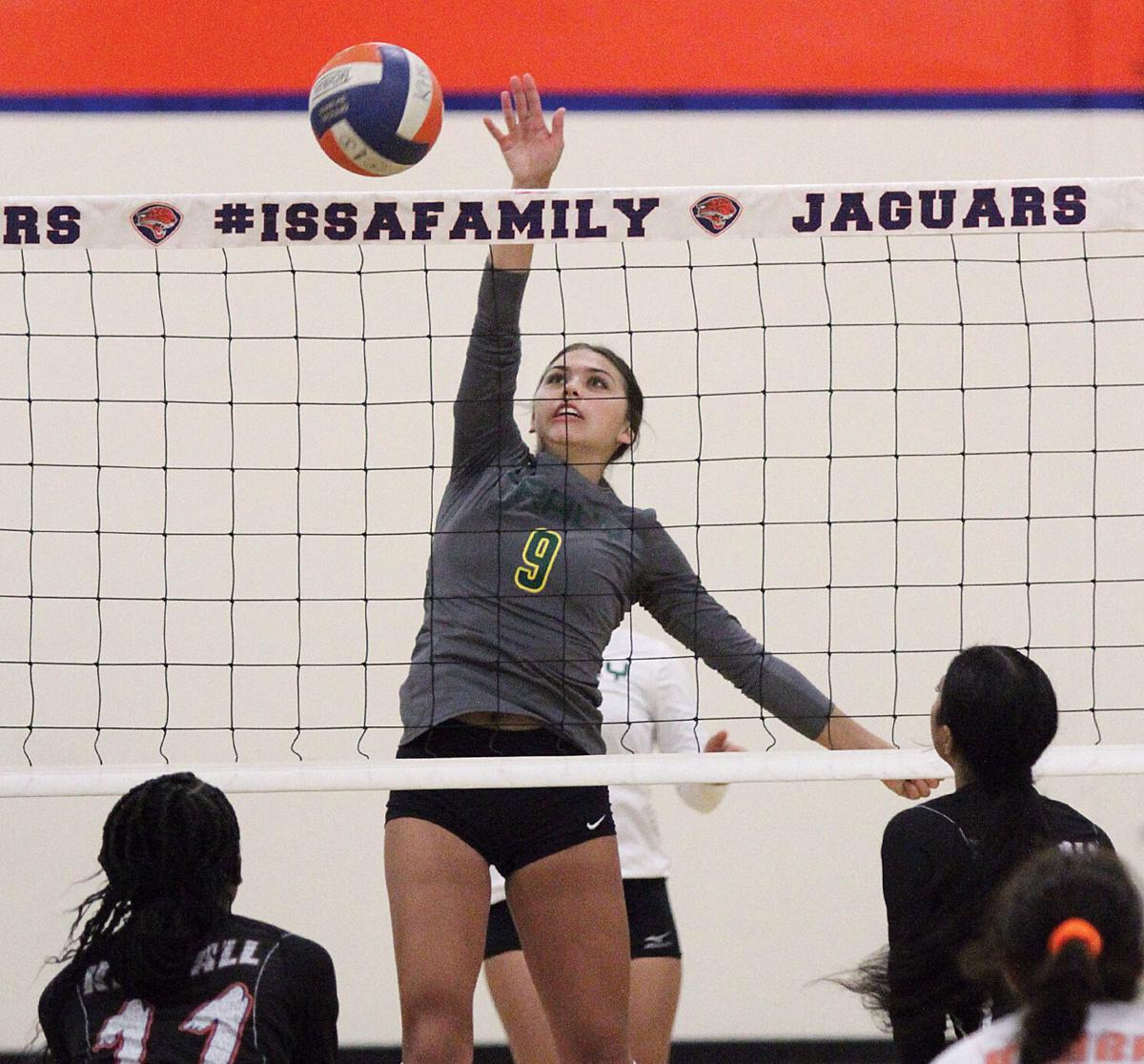 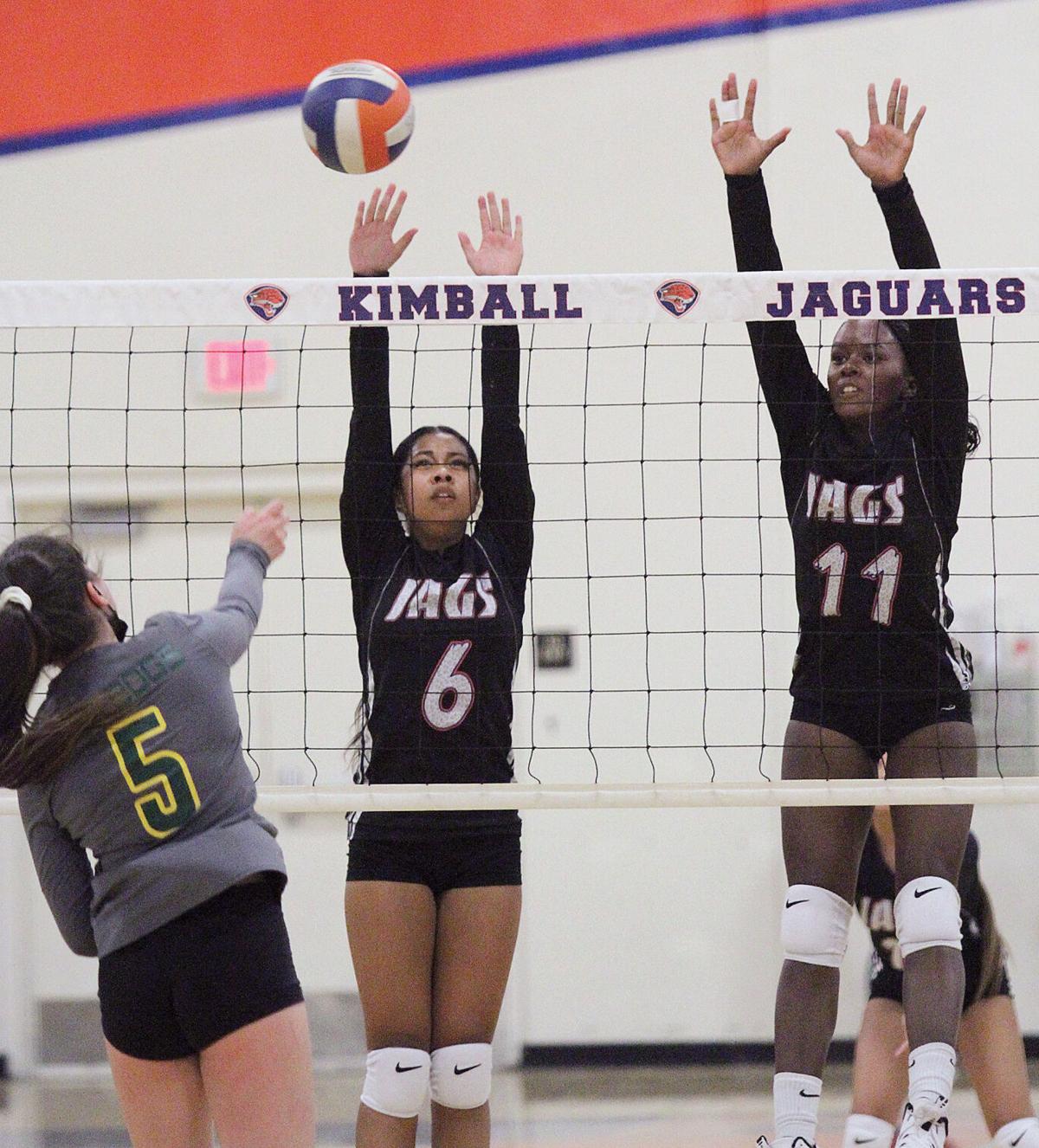 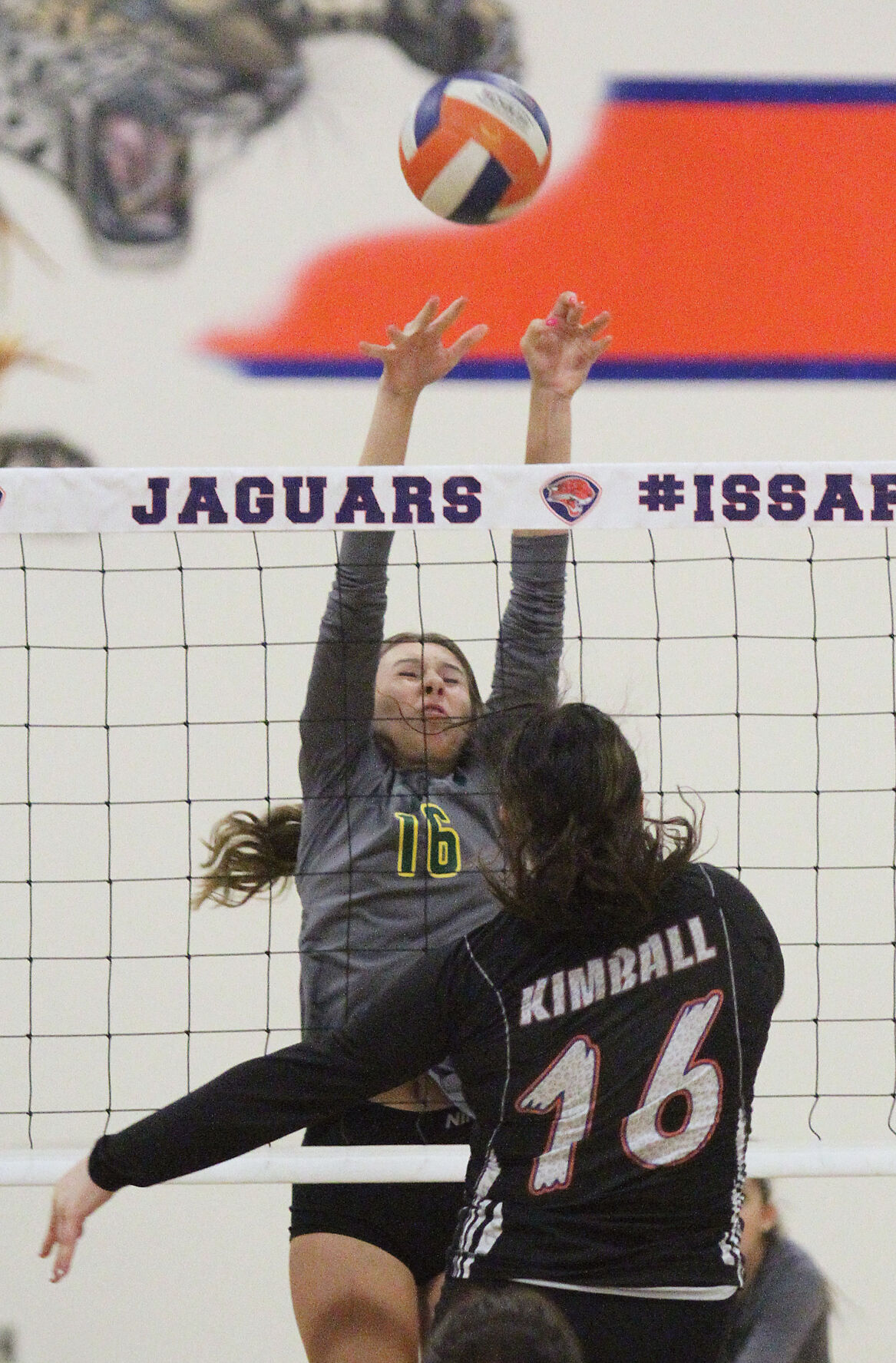 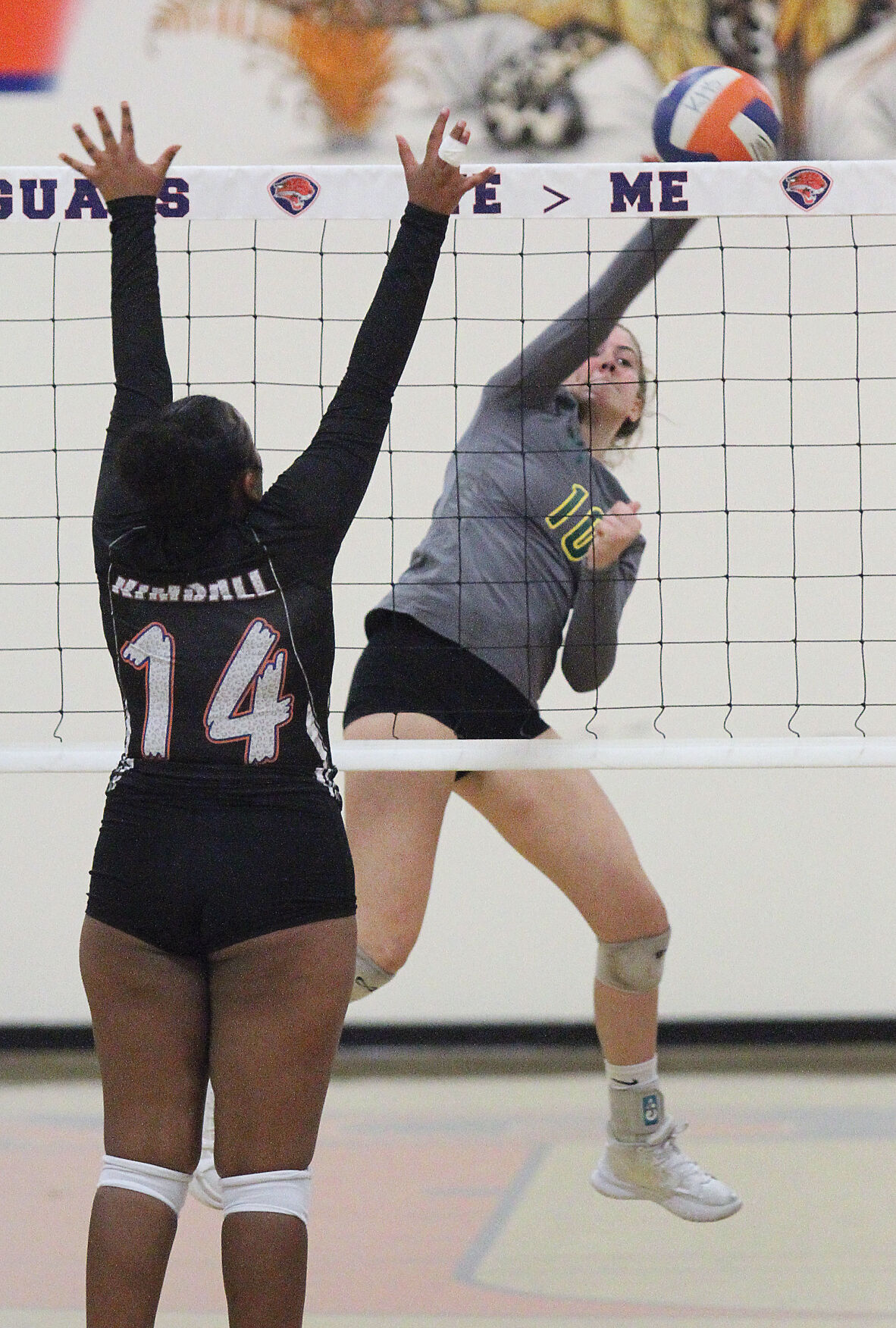 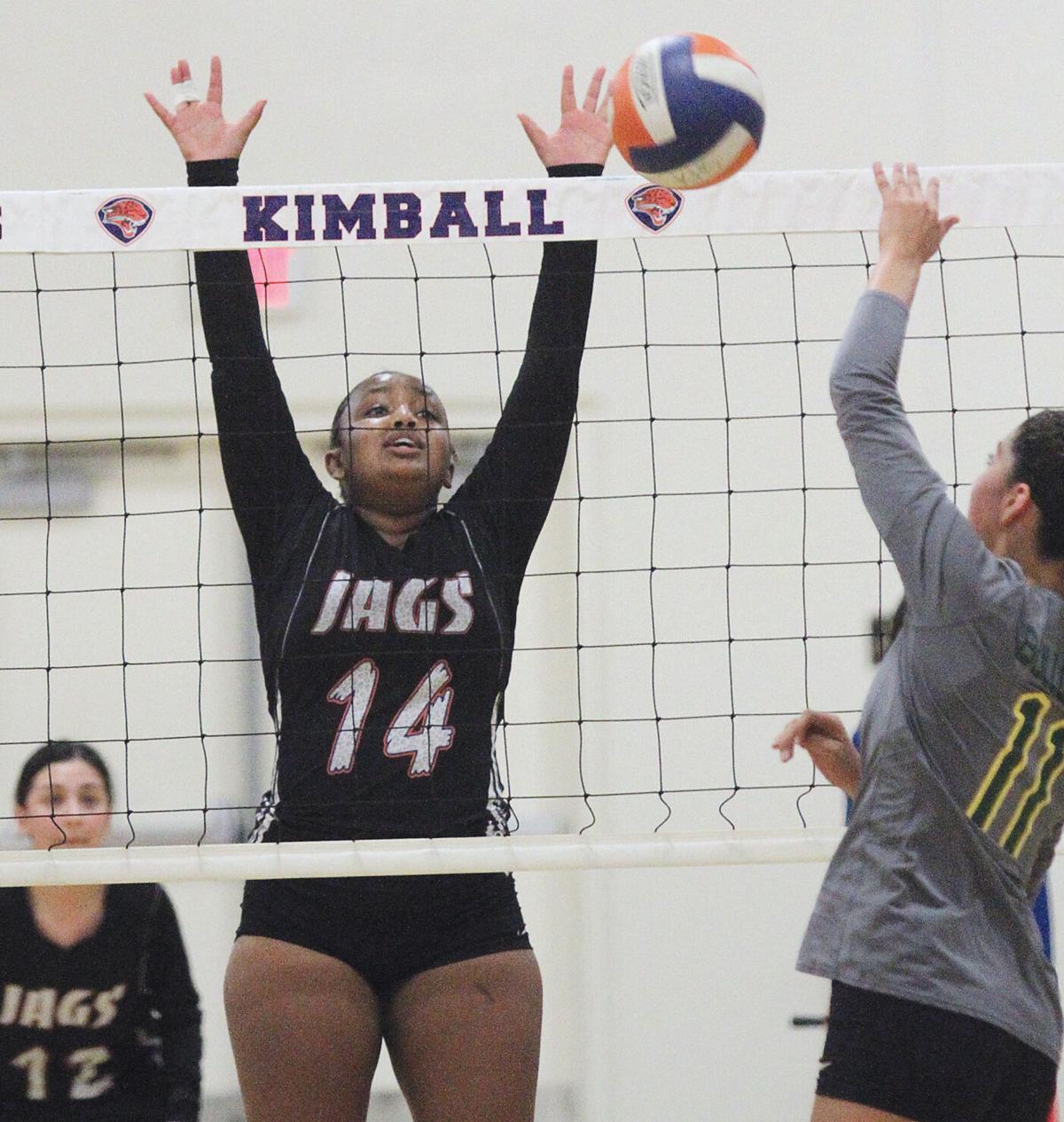 Kimball High junior Sinef Tesfaldet get a hand in the way on the shot from Tracy High sophomore Ellie Hernandez Monday night at the Kimball High Sports Complex. 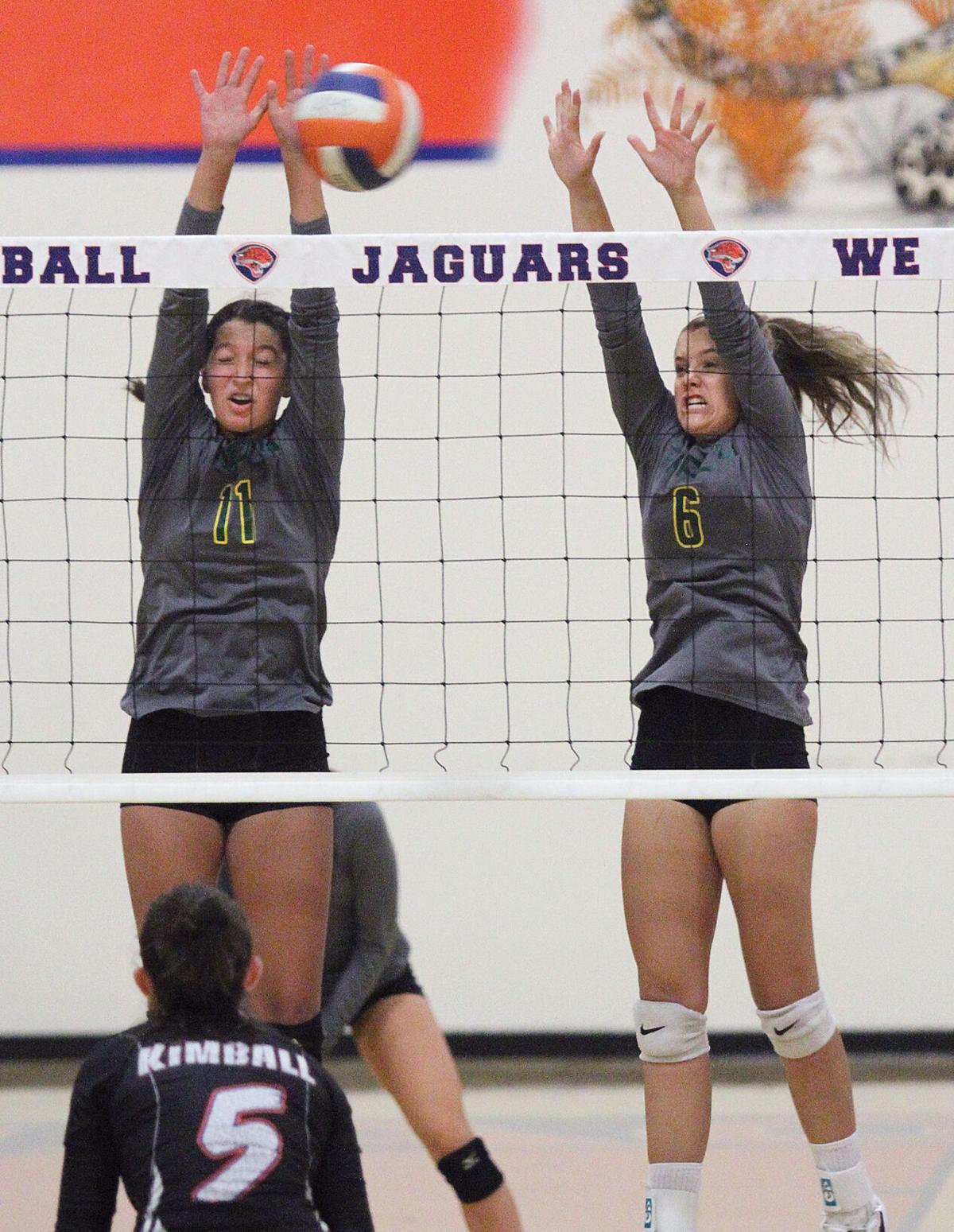 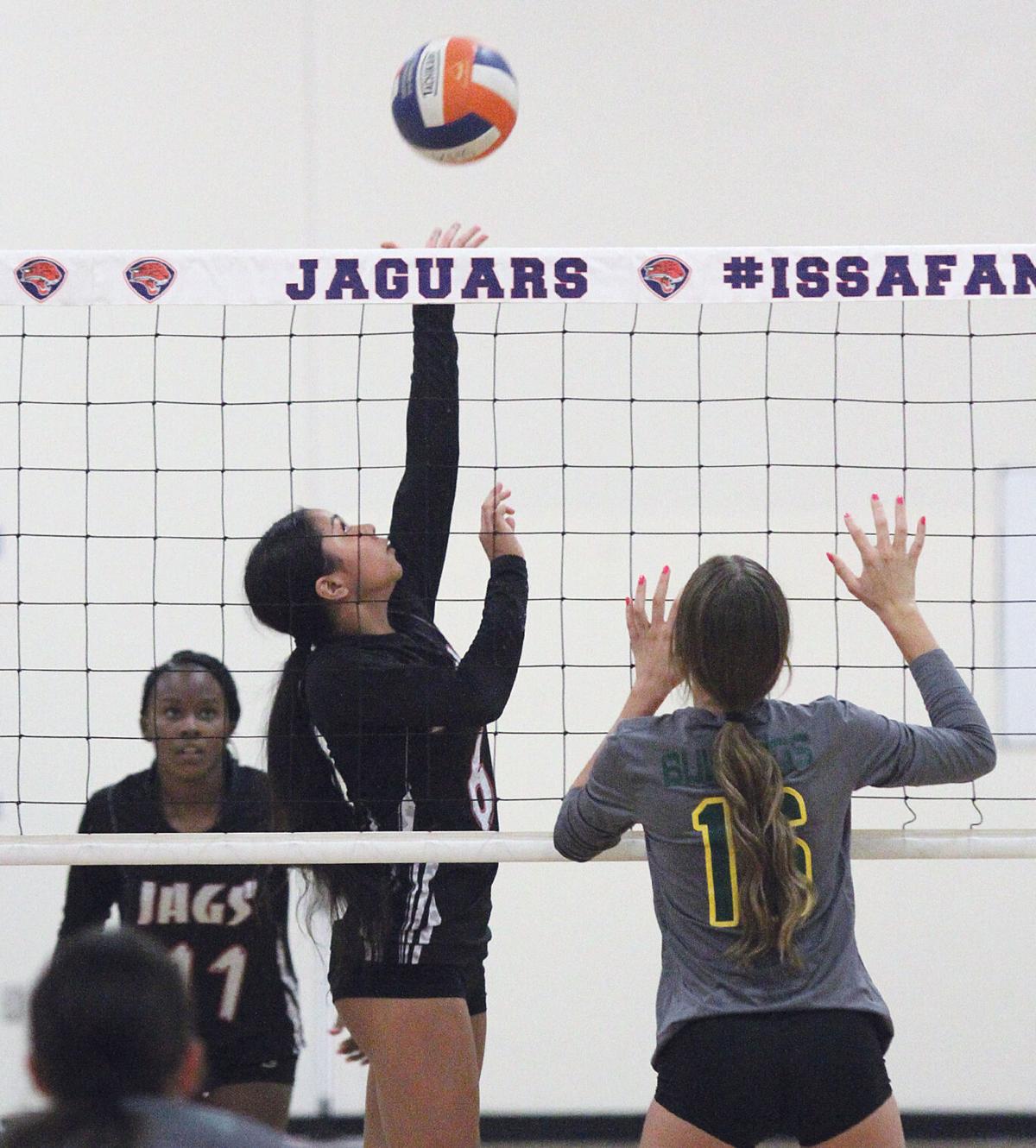 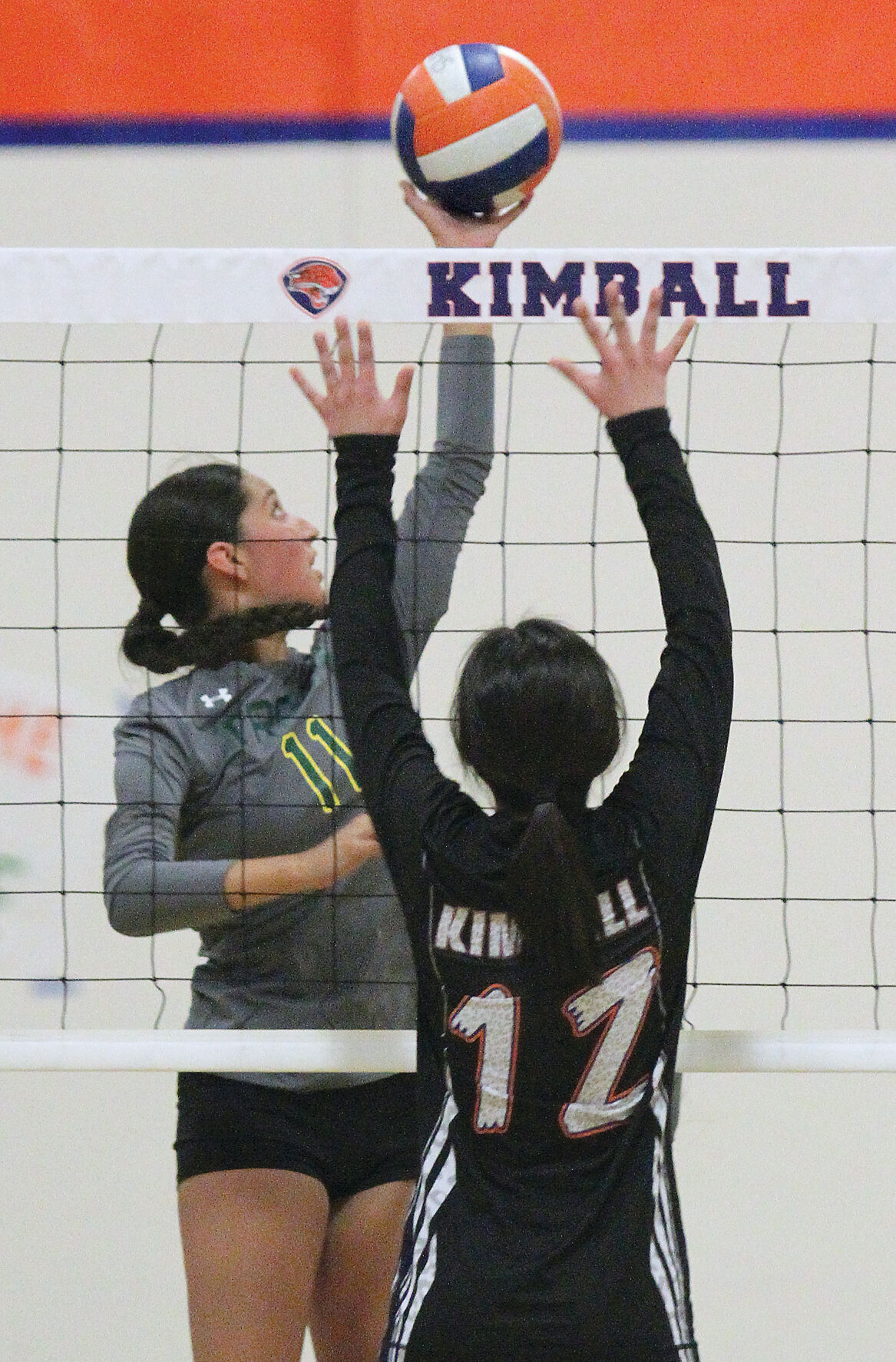 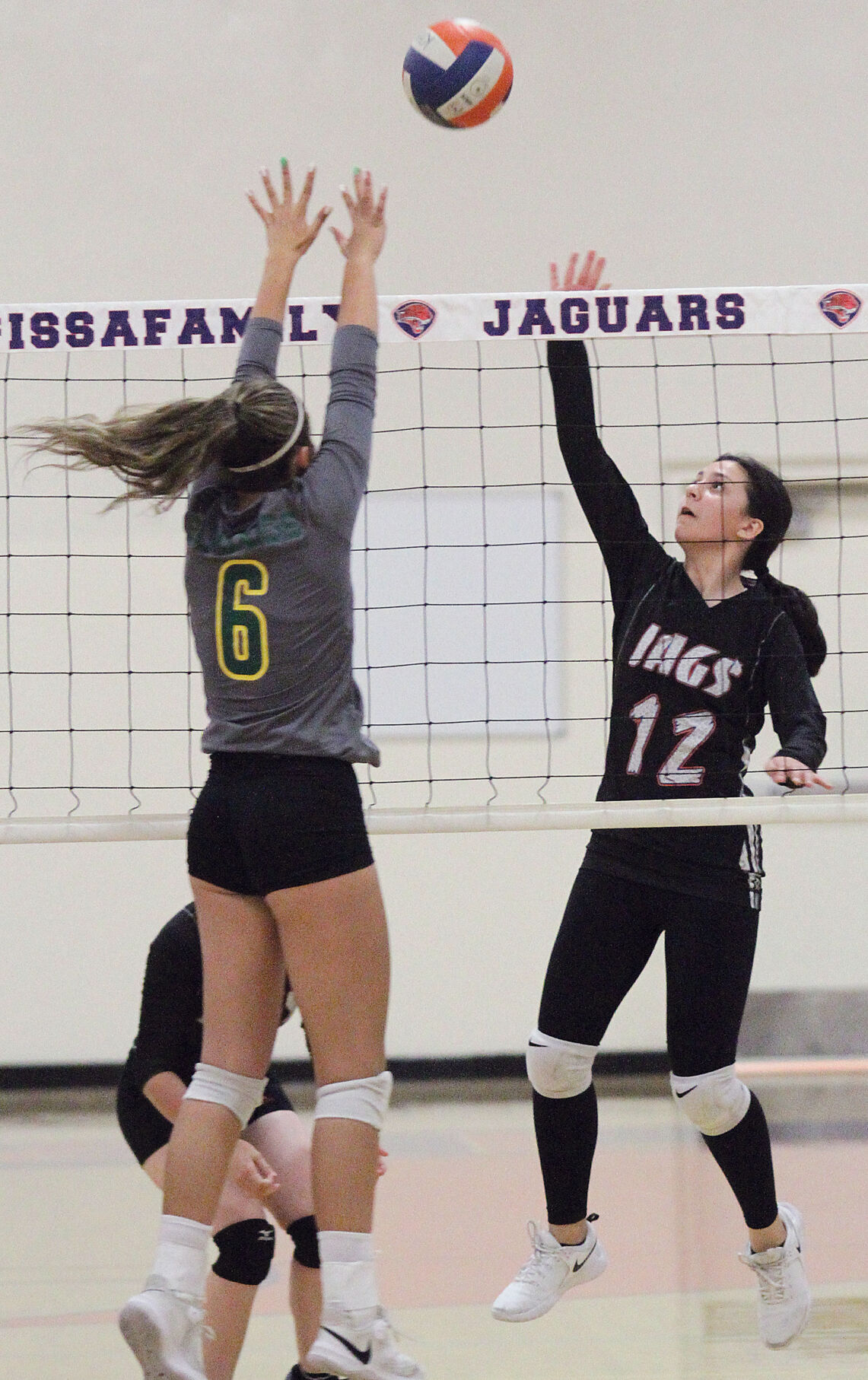 Kimball High junior Sinef Tesfaldet get a hand in the way on the shot from Tracy High sophomore Ellie Hernandez Monday night at the Kimball High Sports Complex.

The fall volleyball season opened on Monday as the Tracy High team claimed a 3-1 win at Kimball High.

Tracy won two decisive sets and then faced a determined Jaguar team in the third set. The Bulldogs regrouped to dominate the fourth set and win the match with scores of 25-15, 25-11, 23-25, 25-12. The

“I think we started off really strong. We had our ups and downs and had to pull through together to win that fourth set,” said senior Kylie Van Os, one of the Bulldogs’ returning players. “I think it was definitely good start to our season and we’re hoping to kick Ripon’s butt tomorrow.”

Van Os added that with about half of the players returning from last year and the 2019 season there plenty of experience, but it’s still a new start for the team.

“This is our very first game so we’re going to get better as time goes on. We’re getting to know each other as a team,” she said. “In time our skills are definitely going to develop and we’re going to hopefully have a great season and win most of our games.”

Kimball opened with the lead in the third set, and pulled ahead with effective play at the net from senior Emily Hawk, who also helped extend the Jaguars’ lead with a series of service points. Kimball finished the close match with service points from juniors Rosie Black and Sophia Stagnaro, with Faryia Omar making the shot to end the match.

“Our energy was definitely there,” Hawk said. “It’s our house. We wanted to get our team back together. I think we were regrouping. Our energy was very high. We did our best.”

The fourth set started off close, with Tracy eventually taking the lead on service points from junior Taylor Gardner and senior Ava Staas, and Hernandez came through with strong defense at the net to keep Tracy in the lead at the end.