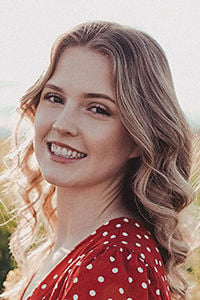 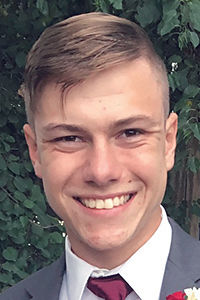 Two Millennium High seniors earned the Sac-Joaquin Section’s A. Dale Lacky scholar-athlete award for 2019-20, each gaining a $500 scholarship from the section.

Amber Cook is a four-year varsity soccer player, serving three years as the Falcons’ team captain. She is one of the top scholars at Millennium High, holding a 4.23 GPA, and was named Millennium’s biology student of the year for one year.

She plans to attend San Joaquin Delta College to study nursing and also plans to continue playing soccer in college.

Spencer Norvell has played varsity baseball at Millennium High for all four years and was an all-Central California Athletic Alliance player in his junior year when the Falcons finished as co-champions of the league.

He has a GPA of 4.26, and in his sophomore year, he won Millennium High’s Excellence in Chemistry award. He is active in community service as a youth sports coach, compiling 193 service hours, and is a competitive bowler as well.

He plans to attend California State University, Fresno, where he will major in mechanical engineering.

The section usually honors its scholarship winners at an awards breakfast in April, but because of the COVID-19 quarantine this year’s breakfast was canceled. Scholarships were awarded to 48 students, including eight $1,000 awards and 40 $500 awards, plus two $1,500 Clarke Coover Scholarships, named for a former section commissioner.